Grandmaster and profilic trainer Evgeny Romanov has become the first top player to change federations since FIDE stopped Russians from competing under the national flag due to the invasion of Ukraine. The move could be the start of a rush of Russian and Belarussian grandmasters changing federations. 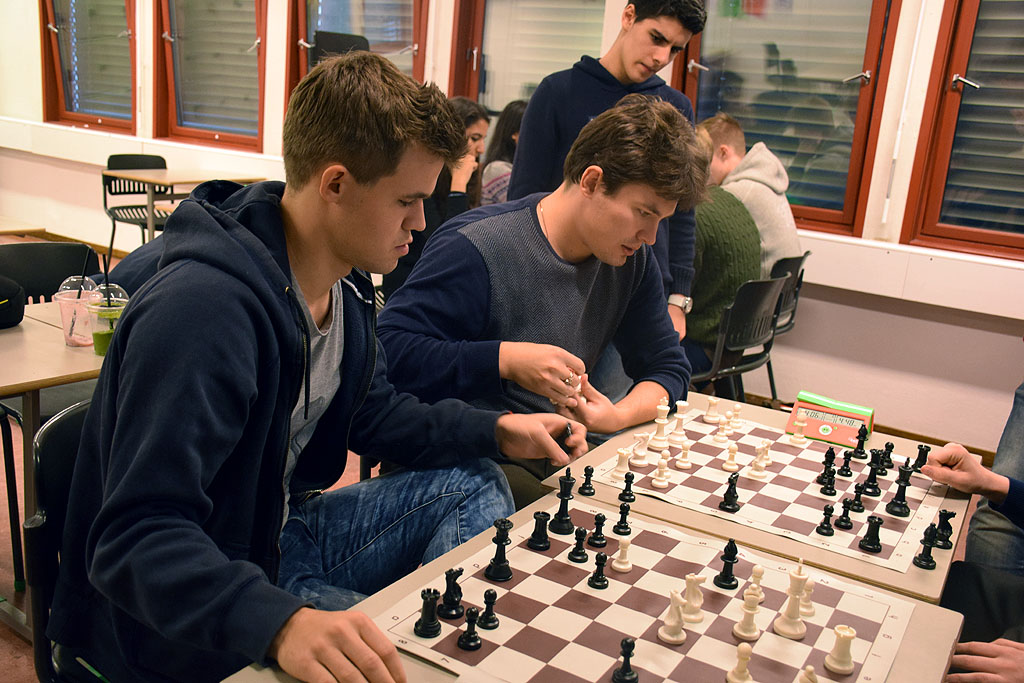 Evgeny Romanov with Magnus Carlsen and Aryan Tari (behind) during a bughouse session at Simen Agdestein's chess school in 2015 | photo: Tarjei J. Svensen

Romanov will from now on represent Norway and becomes the country's 18th grandmaster. Rated at 2567, he ranks 5th in the country, behind Magnus Carlsen and Aryan Tari, but ahead of veteran Simen Agdestein.

The move is listed on the FIDE website, which regularly updates federation changes.

The 33-year-old from Saint Petersburg is a FIDE Senior Trainer (FST) and has for years been a frequent guest in Norway as a player in team and open events, but also notably as a long-time trainer and second for Aryan Tari in international events. Between 2013 and 2016 he was based in Norway as a coach for Norwegian juniors, which led to immediate results following Carlsen's World Championship title.

Romanov also has extensive experience as a coach for the national teams of Norway, Germany and Georgia, among others.

Romanov does not want to speak about the ongoing war between Russia and Ukraine as his parents are still in Saint Petersburg and he wants to keep a low profile.

He tells chess24, “I have already lived between Turkey and Europe, mostly Norway, for several years.” He was speaking two days after winning the Norwegian Team Championship for Vålerenga for a sixth time, this year ahead of Magnus Carlsen's Offerspill Chess Club.

The move has drawn attention from three of Norway's biggest newspapers. Speaking to VG, he says sanctions have hit him and Russians hard and that is part of the reason why he chose to change federations.

“All my bank accounts in Russia have been frozen. They don't work anymore. The situation is difficult, but acceptable for me.” 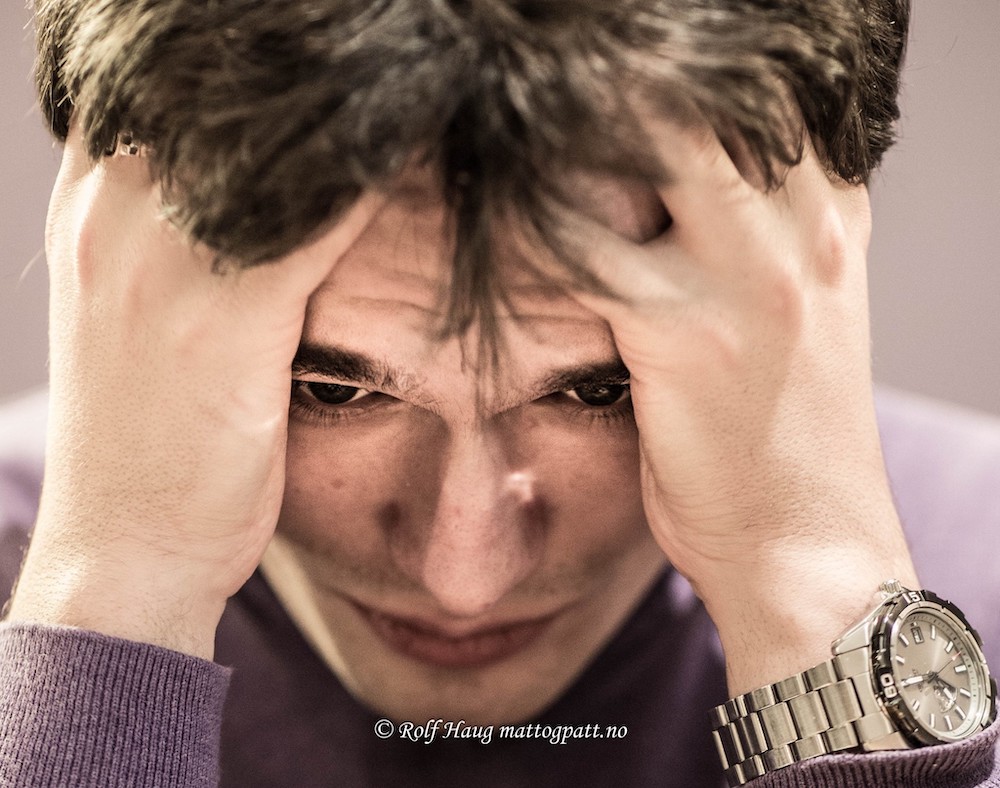 While Romanov can now use the Norwegian flag during tournaments, he is not expected to play for the national team in the next two years due to FIDE's transfer rules, with compensation fees from €10,000.

He tells Aftenposten, “I am not going to play for Norway in the next two years, but after two years, when things have calmed down, we'll see. It can be a good thing for both. But there are several young Norwegian players who are developing quickly. I don't want to take their spot.”

The move comes two weeks after FIDE stripped Russia of the 2022 Chess Olympiad, scheduled to take place in Moscow in July, and stopped Russian and Belarussian players and their national teams from competing under the national flag.

Last week FIDE announced a simplified procedure for Russian and Belarussian players to transfer to other federations.

The right to play under the FIDE flag is granted until 31 May 2022. After this period, in the absence of other requests, the player will automatically be returned to the previous federation.

If a player wants to continue playing under the FIDE flag after 31 May 2022, he/she should submit a new request to FIDE after 1 May 2022. Such request will be considered in a due manner.

Russian players taking part in the FIDE Grand Prix are already competing under a neutral flag, but are now given the option of changing federations.

Romanov is not the only grandmaster who abandoned the Russian flag. Viacheslav Tilicheev, a 27-year-old grandmaster from Krasnoyarsk, is already listed under a neutral flag.


With sanctions making it increasingly difficult for Russian grandmasters to earn a living, and the European Chess Championship later this month, it is expected that more transfers will follow, but one player not intending to change federation is Alexander Grischuk.