Grandmaster Walter Browne died suddenly this week at the age of 66. The news came via the Las Vegas Chess Festival, where Browne was a regular guest and had participated in the 50th edition of the National Open, a tournament he won a record eleven times throughout his long career. 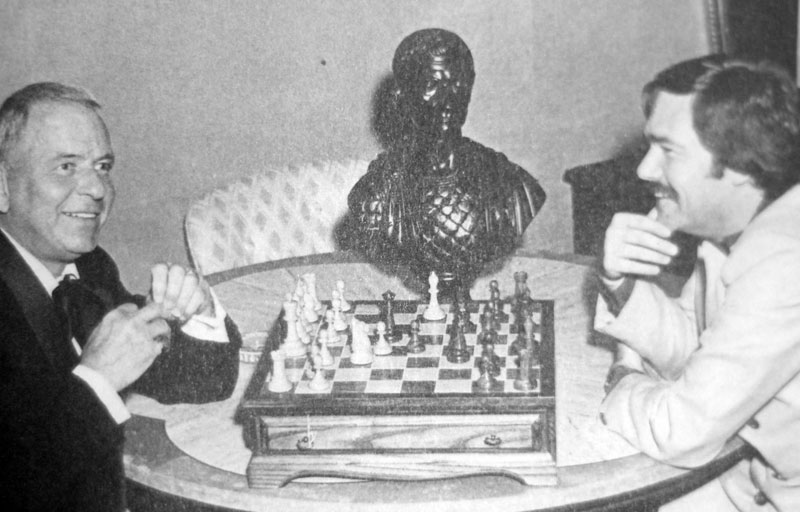 I had the opportunity to get to know Browne a bit while interviewing him for Chess Life Magazine about his autobiography The Stress of Chess (and its infinite finesse) (New In Chess, 2012). The interview appeared last December, but was a long time in the making, as I had over seven hours of phone conversations with Walter over a three month period. He was suffering from chronic vertigo and did not have enough energy to concentrate during certain times of the day. The nine hour time difference between us therefore made it hard to find a convenient time to talk, but more than that, he simply had a tremendous amount to say! He spoke at a furious pace, often flitting from one idea or story to the next. It was a challenge just to keep up!

Even after the magazine feature, and an additional online companion piece, there were still many subjects that had to be cut or only briefly touched on due to space constraints. Some of these were a touch controversial, and probably not suitable for a remembrance. But here's one short snippet, recorded on his 64th birthday, when he talked about the chess-like game he invented.

There's more on Browne's creation at www.FinessebyBrowne.com or in this video from Chess Life Online:

The Stress of Chess is chock full of fascinating and entertaining annotated games, but out of his thousands of games one stood out in Walter's mind. Here it is with his own annotations (reprinted with permission):

At this point in the US Championship I had +5 and at least a point lead on my competitors. Nevertheless I looked forward to a sharp struggle with the very solid former US Champ. He had given me some painful lessons in the 1960s! Arthur has a very solid repertoire and with White he was still very hard to beat in later years.

14. ♗h6‼ After a 45-minute think, I confidently offered my bishop. My adversary has the two bishops and a better pawn structure so I had to react sharply. The passive

14... ♖g8 Arthur took 45 minutes on this compromising decision as he will only be able to castle on the queenside, yet the alternatives were worse.

15. ♖e5 ♕d7 16. ♖ae1 ♗e6 I could hardly believe the next move! I already offered a bishop and now I was going to incarcerate it. It looked strange, yet everything clicked. I took the plunge.

17. ♘g5‼ The natural follow-up of my original plan didn't work:

17... O-O-O Arthur must have felt reassured here as his king looks safe and he has pressure on the d-pawn. Additionally, White's bishop looks kaput. Massive exchanges on e6 lead nowhere. Surely Walter's folly is over! After:

18. ♘xf7! Suddenly another piece offer and this time it can't be refused!

About this game he told me:

For me it was the best game I ever played. I would say if there was a selection of the top 100 games in the century, it should be in the book.

There are 100 other games in his own book, as well as stories of travel, tournaments and characters encountered in his long career, lamentably cut short.

Browne's last tournament game was played in round 4 of the National Open just last weekend (he took two byes in the final rounds). I caught up with his opponent, 12-year old Hans Niemann, by phone while he was in a car en route to the Washington D.C. International. He was the top-rated 11-year-old in the country, and remains among the top three at 12. Browne had recently befriended Niemann and his family and despite being put under pressure in the middlegame, the veteran managed to snag the full point after his young opponent blundered shortly before the time control. Browne finished his career with a win!

During the recent Norway Chess supertournament another US Champion, Yasser Seirawan, talked about his friend: