He's the man with a thousand catchphrases, who always insists on a quick shout out to "my boy" Julian Hodgson.

He can spot a "ripped" Grandmaster just from the look in his eye and, as everyone knows, this second to Magnus Carlsen is also a bone-fide expert in the labyrinthine complications of e4-e5 theory.

GM Jan Gustafsson (2643 FIDE) needs no introduction to chess24 viewers or, since his blockbuster course was released, Chessable members. 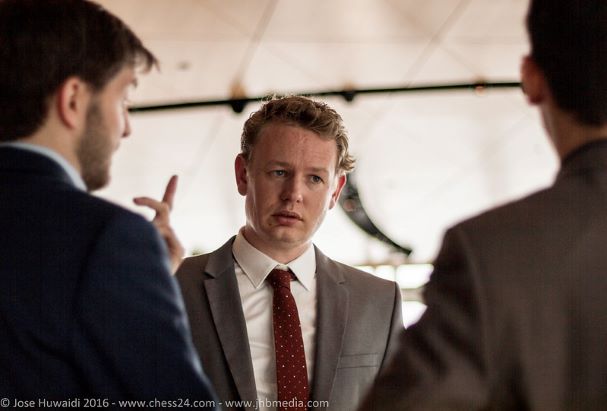 The 41-year-old from Hamburg is chess24's co-founder. A national team player, he finished runner-up in the 2004 and 2005 German Championships before his eventual move into top-level coaching and broadcasting.

A noted opening expert, Jan has acted as a second for Peter Leko and was in Carlsen's team for the Norwegian's 2016 and 2018 World Championship matches.

But he is best known to fans as the anchor in chess24's live commentary team.

It is a phenomenal work that has attracted rave reviews.

Here is Jan in his own words:

I grew up on a boat and wanted to first beat my dad and then my Mephisto Mondial 2 Chess Computer.

Winning the European Team Championship 2011 with the German team.


Leading questions... If you are reading this, you probably already are into chess. If not, I hear a pandemic is a great time to pick it up, it will teach you social distancing and doesn't require equipment or leaving the basement!

Mikhail Tal, should the why be obvious from my own swashbuckling playstyle?

Don‘t believe all them tips... "Solve tactics exercises", "Analyse your own games", "Study the endgame". Read/watch/play whatever interests you and hope your brain puts it together. You don‘t need a balanced chess diet to improve and everyone is different.

"Solve tactics exercises", "Analyse your own games, ideally without a computer", "Study the Endgame". None of those strikes me as a bad idea, but them being passed on as the one road to chess improvement always confuses me. Sooo many titled players that never did that and just played a lotta blitz/read a lotta chess books/clicked a lotta buttons. Of course, you gotta put in the time, but the advice on what to use it on strikes me as not based on much evidence.

What do you think the biggest issue in chess is at the moment? For example: getting sponsorship, getting OTB tournaments back under-way, the participation levels among women, elitism?


I would prefer not to publicly praise or criticise FIDE, as I would either offend FIDE or, something, Peter Heine Nielsen. Neither is in my interest.

Who will take the World Championship off Magnus Carlsen and who is his biggest threat right now?

A) Dunno
B) Right now it is Anish Giri.

Magnus Carlsen is currently the favourite.