If you are looking for new authors that have made their mark on chess in the last few years, there is no better example than Christof Sielecki.

The German IM is a hugely-popular streamer better known as "ChessExplained" but on Chessable he has reached even greater heights. 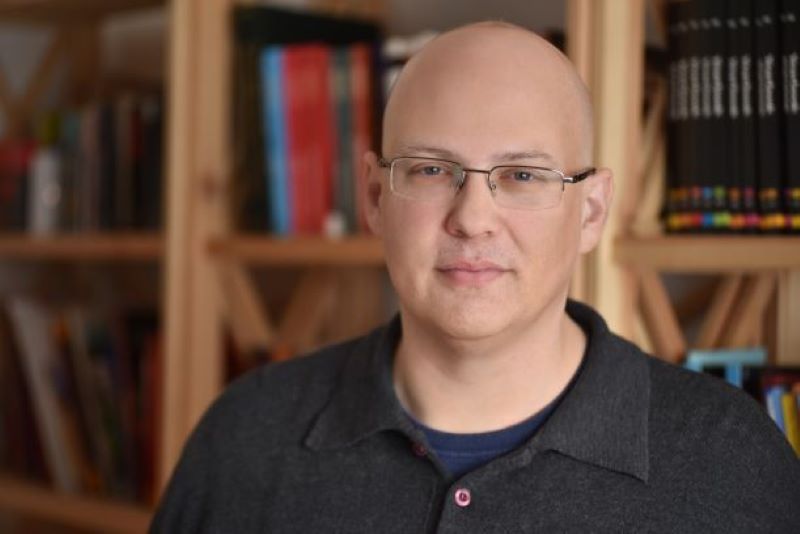 Christof was an early adopter of the platform and knows it inside and out having published several best-selling courses.

Keep It Simple: 1.e4, released in March 2018, was an instant smash hit and went on to be published in print by New in Chess and win the ChessPub book of the year award.

Christof followed that up with Keep It Simple: 1.d4, which also made it into print, and then courses based on Fabiano Caruana's repertoire, Magnus Carlsen's Sicilian, and Lifetime Repertoires: The Nimzo-Ragozin, a mammoth work co-authored with FM Daniel Barrish.

It is fair to say students of his work just love Christof's no-nonsense, clear and precise style.

chess24 viewers will also be familiar with the 46-year-old Dinslaken resident from his regular Banter Blitz shows. Here is Christof in his own words:


My Grandpa taught me the rules, but I got more interested when they formed a school team when I was 13 years old. So I started late and the first top-level chess that I remember was Kasparov-Karpov in 1987.


As a player to win the Latschach Open 2013 ahead of many GMs, as an author to be involved in the Magnus Touch series on Chessable.


There have been many good quotes about this, and mine is not going to be a very original one. I love that it has something new and interesting to offer, even after many years of studying it. There is always something that you don't know or understand, so it never ceases to surprise you.

It is also a truly fair sport, as players start on equal terms, no matter what age, gender, or home country you have.

You don't need fancy equipment and can play over the board or online, all the time, against all kinds of people.

My favourite players as a kid were Karpov and Kramnik. I liked their powerful, strategic style of chess.


It's tough to only name one. But if you want a book recommendation that you will enjoy, get "Life and Games of Mikhail Tal".


This applies mostly to 'normal people', not professionals: study the subjects that you enjoy most! It sounds extremely basic but is not done enough. People torture themselves with subjects that they hate, instead of doing things that they like to do. Let's say you do something for an hour, but it only improves your actual chess a little. Still, you enjoyed it and got a little something out of it. You are likely to repeat this experience. If you instead do an hour of stuff you hate, you might learn more in that one session, but you never repeat this, most likely. There is this saying that improvement starts as you leave your comfort zone. This is not wrong, but don't turn an enjoyable pastime into an experience you hate.


Tough one. A pet peeve of mine is book recommendations of classic books that are completely outdated. They are just recommended because people read them as a kid and they have a fond memory of them. In fact, some classic books are so far away from modern standards that they are mostly relevant for historical context.


What do you think is the biggest issue in chess at the moment?


Chess has excellent opportunities at the moment, with online chess booming and streaming becoming so popular. We need to keep those new people interested in chess and develop formats that are suitable for broad audiences. Only very few of the new chess fans will eventually play over the board, so online will become much more important.


I don't have a very qualified answer, to be honest. It seems better than before, but this is not very difficult to achieve, given how terrible it was before. In general, I think FIDE will become less important, due to online chess becoming the dominant force in the future. FIDE has two things mostly: the World Championships, and ratings/titles. The latter might just be replaced by online ratings of the top sites and the world title is nice, but not something that can't be replaced either.


I think it is more likely that Magnus won't defend his title at some point than that he actually loses it against a challenger. If the usual cycle continues and if I need to bet on someone, it would be Alireza Firouzja to beat Magnus.


I have not yet found the right topic for that, but I'd love to write "THE" book on a particular topic. For example, everybody knows "Dvoretsky's Endgame Manual" is THE endgame book - something like that on a smaller scale would be fantastic to achieve.


I love analyzing, writing, and recording chess material and the Chessable team is doing a marvelous job of supporting the authors. It is fantastic to see that many more talented people join Chessable and help to improve the courses even more.