Alexander is an excellent explainer and since last year President of the Association of Chess Professionals.

During that six-year wait, Alex's rating sunk and he freely admits he suffered serious depression. But Alex fought back and finally got his rating up over 2500 to achieve his dream. 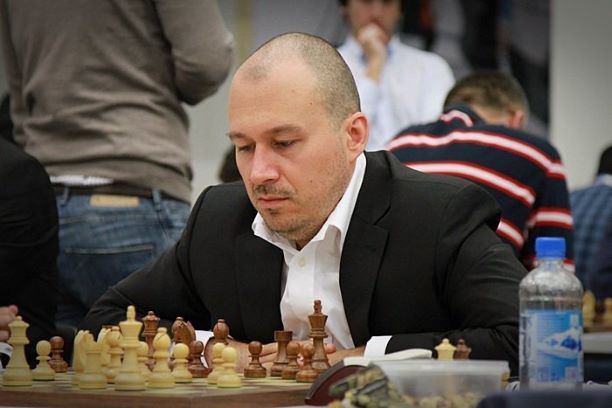 Now his dream is a bit more modest - he wants to play Magnus Carlsen.

In 2016 Alex scored the best result on the Macedonian team (7/10) at the 42nd Chess Olympiad in Baku. The following year he was head coach and captain of the Macedonian women's team.

For the last few years, Alex has devoted himself to authoring a series of highly-successful courses on Chessable. 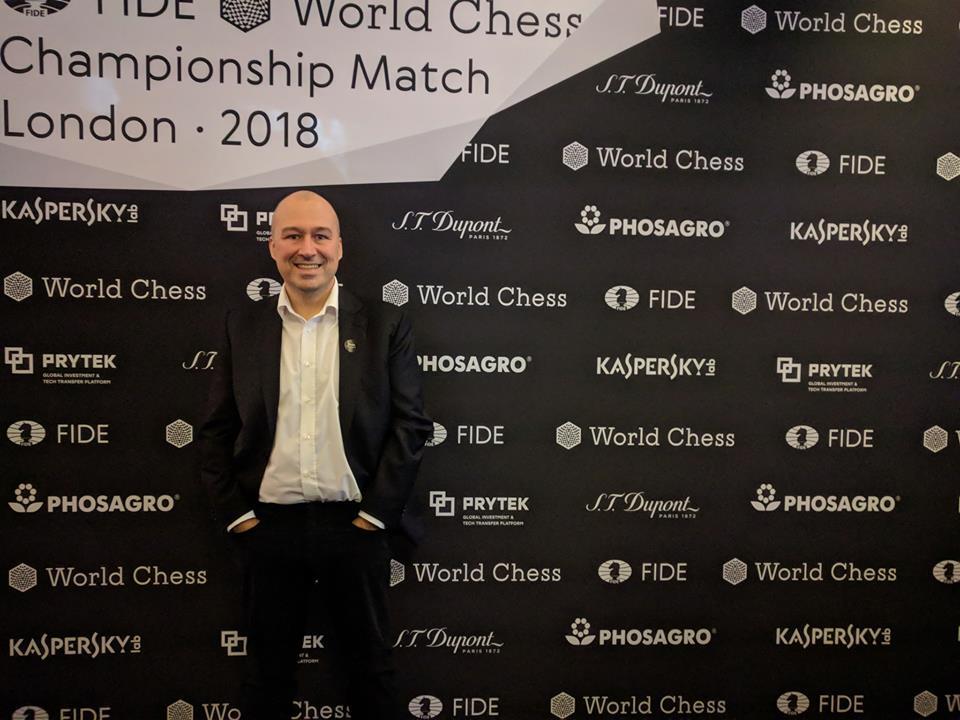 He was, in fact, the first GM to see the platform's potential and has built up a strong relationship with the site's online community. As an early adopter, he knows Chessable back-to-front and cleverly hones his courses accordingly to get the best out of it.


Alex, who lives in Skopje, has authored courses on The Najdorf Sicilian, a complete repertoire series based on the Queen's Gambit Declined and a repertoire on tackling anti-Sicilians.

Here is Alex in his own words:


Just like Capablanca, watching my father play chess - only that I didn't learn the moves just by watching, like Jose Raoul. Sometimes I wonder how it must feel to have such talent.


Two if I may: the best score (by points, 5.5/7) on Board 4 for Cheddleton at the European Club Cup in Skopje in 2015 ahead of Adams, Wang Yue, Andreikin, Laznicka, Alekseev etc. Then scoring the best result for the Macedonian national team at the Baku Olympiad with 7/10.


Many things are great, but what stands out is the ability to see reality as it is, to objectively assess one's ideas. Also the ability for "parallel thinking" (as I call it) - to be able to calculate two mutually exclusive lines, quite handy in real life!


Fischer. It's simple, 6-0, 6-0, 5-1 and 7-2 (wins only) in his matches against Taimanov, Larsen, Petrosian and Spassky (not counting the loss by default in Game 2). Such dominance is still jaw-dropping.


Why is it that I have to choose just one? There isn't just one, there are more: Rowson's books, Russians versus Fischer, Baloven Kaissi (by Euwe and Prins, in Russian, on Capablanca), Botvinnik's trilogy, Smyslov's Letopis shakhmatogo tvorchestva (in Russian), Dvoretsky's books (for their sadomasochistic features) and probably quite a few more.


The importance of precise calculation of short lines. You don't need to calculate very deeply, but you must check many candidate moves 2-3 moves deep. If you don't miss anything there, you'll be unbeatable.


That losing is good for you to learn. True to a certain extent, but at one point you should stop learning and start winning.


What do you think the biggest issue in chess at the moment? For example: getting sponsorship, getting OTB tournaments back under-way, the participation levels among women, elitism?


All of the above. Chess has many problems to solve and this is just the beginning.


As an ACP President, I'll have to be careful with this one. Generally speaking, they are trying to do their best.


Right now there isn't a big threat, probably a repeat of Caruana-Carlsen would be good to see, though it's difficult for Caruana to win the Candidates at this stage. As for Carlsen losing his title one day, who says he won't retire unbeaten?


I would like to say Anish Giri, as that would create the biggest Twitterstorm chess has ever seen, but I'll just be conservative and go with a player whose surname starts with C and ends in... A.


I have a keen interest in psychology, so I love the process of understanding why a player made a certain move, understanding not only the chess reasons behind it, but also the psychological ones. Though not sure how qualified I'd be to talk about these things in the games of the great players.


It was great! Very hard work, the perfectionist that I am, but ultimately very happy with the final result and product. It was also challenging because it pushed me outside my comfort zone, so I need to learn about cameras, microphones, lighting, appearing on camera etc. It also made me realise why acting is so difficult so I finally understood why Margot Robbie gets paid millions.