Vidit leads the 2020 Prague Masters on 2.5/3 after surviving a dicey position against David Antón in Round 2 and then smoothly outplaying Markus Ragger in Round 3. Joining Nikita Vitiugov and Jan-Krzysztof Duda half a point behind is 16-year-old Alireza Firouzja, who scored a remarkably easy win over Harikrishna in Round 3 after pulling off a great escape against Nils Grandelius in Round 2. Antón made it back to 50% after bamboozling David Navara in time trouble. 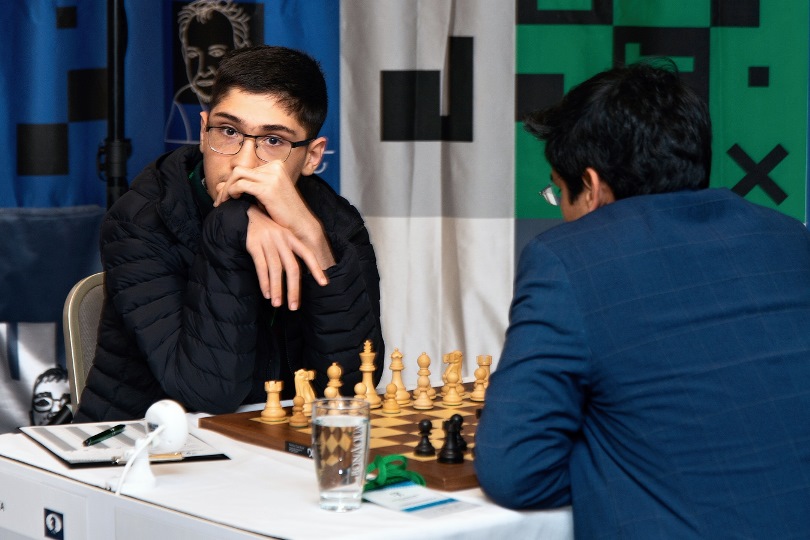 Alireza Firouzja, only playing in Prague after Wei Yi had to withdraw, beat Harikrishna in Round 3 to move to a +1 score | photo: Vladimir Jagr, official website

Round 2: Wins that slipped away 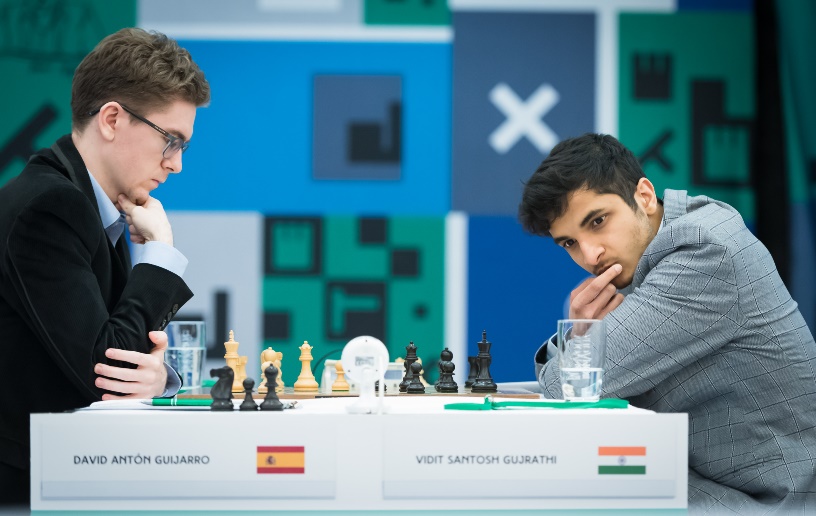 All five games were drawn in Round 2 of the Prague Masters, but it could easily have been very different. Vidit thought he was doing fine against David Antón until he was hit by:

28.Rb5!! A positional exchange sacrifice Tigran Petrosian would have been proud of. White’s position became much easier to play and David came very close to winning the game until he picked the wrong square for his king on move 45 and a draw by repetition swiftly followed. 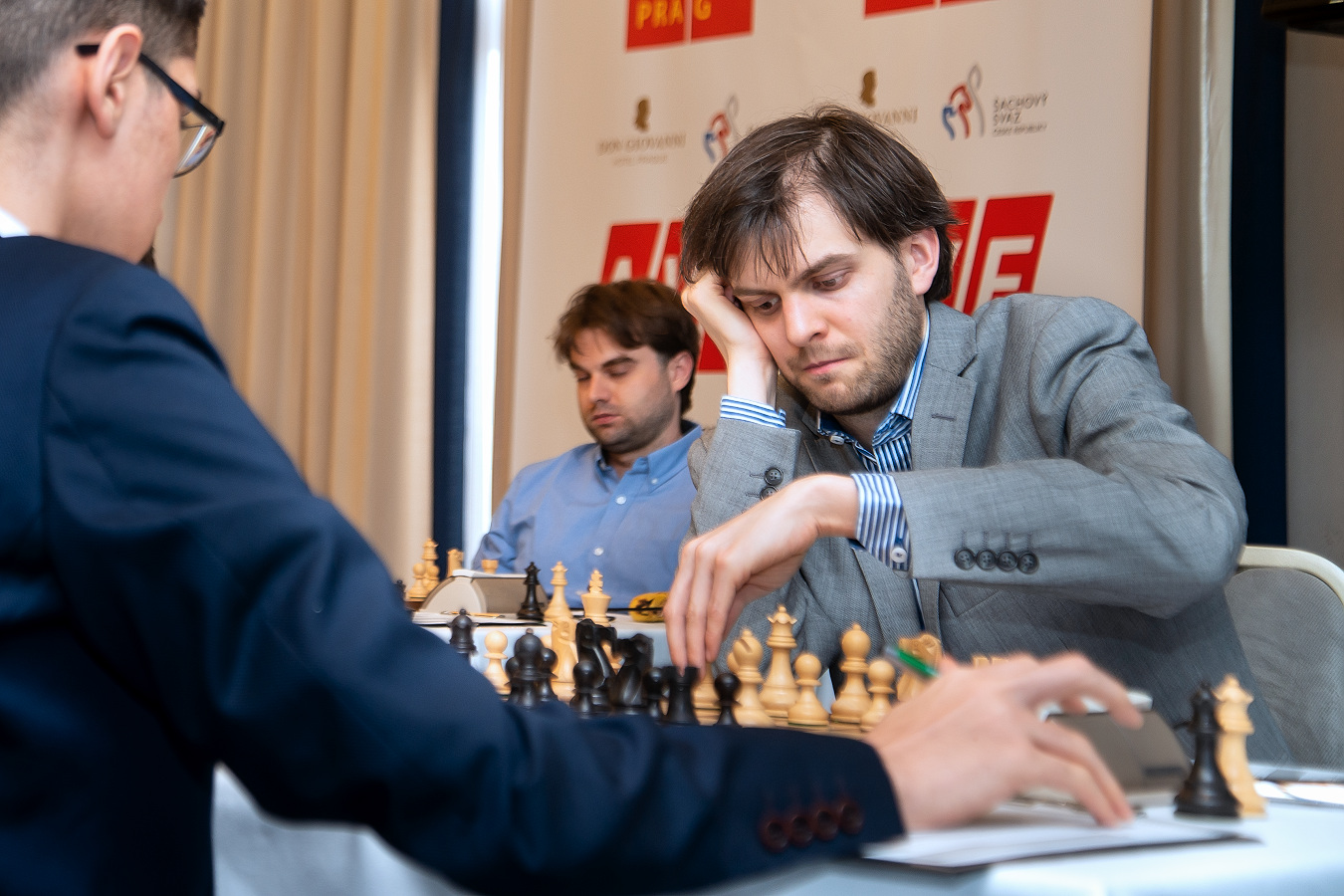 Nils Grandelius was close to beating the prodigy in Round 2 | photo: Vladimir Jagr, official website

Nils Grandelius came just as close to beating the Berlin of Alireza Firouzja, but he later regretted exchanging rooks on move 42. What he said he’d failed to foresee was an idea that only finally appeared on the board 15 moves later:

If Round 2 had been quiet Round 3 was anything but. There could easily have been five decisive games, with Nils Grandelius missing a trick against Nikita Vitiugov (29…f6! first instead of 29…Kh8?!) and Sam Shankland missing a great chance to torture Jan-Krzysztof Duda:

After 28…Rxa2+? the game fizzled out into a draw, but Sam had no need to hurry and could have played 28…Rxc2! first, when the black c-pawn is likely to win at least an exchange and probably the game. 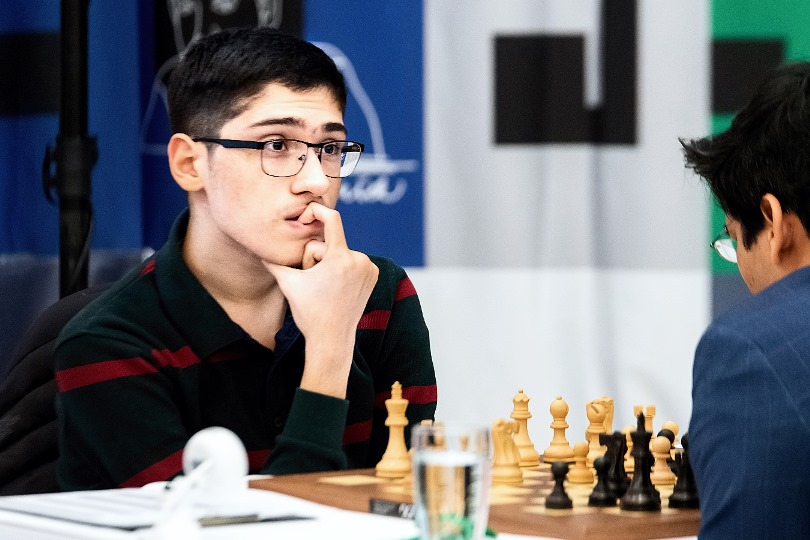 There was no need to focus on missed chances, however, since we got three decisive games. Alireza Firouzja got off to a slow start in Prague, but he hadn’t let his confidence be hit either by the outcome of the opening in Round 2 or what happened against Magnus Carlsen in Wijk aan Zee…

In Round 3 he played the classical Ruy Lopez again against 33-year-old Harikrishna and went on to show he understood the position better:

He should not play axb5. Probably he has to take on b3, because this structure is already very known. White has always some pressure and it’s very difficult for Black, but ok, I had to make some precise moves. I’m happy I found them.

The young Iranian identified his opponent’s next positional mistake as closing the kingside with 23…f4?!, since White was dominating on the queenside. What followed was a massacre, as Alireza quietly upped the pressure (29.Nb1!, 32.Na3! was a nice manoeuvre) until Black’s position collapsed: 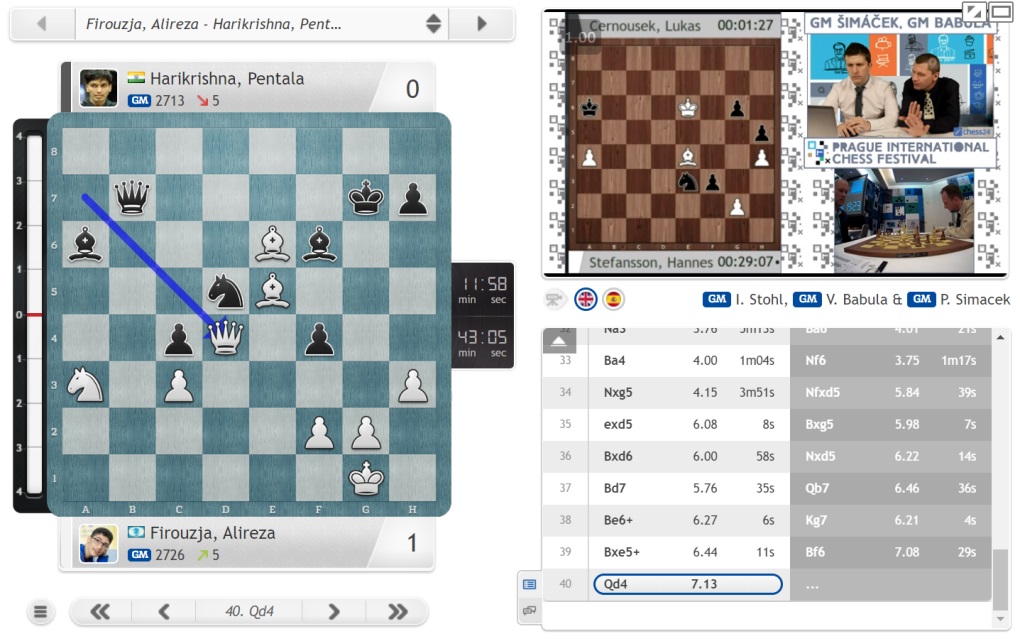 David Antón also shrugged off his long game the day before to beat Czech no. 1 David Navara. 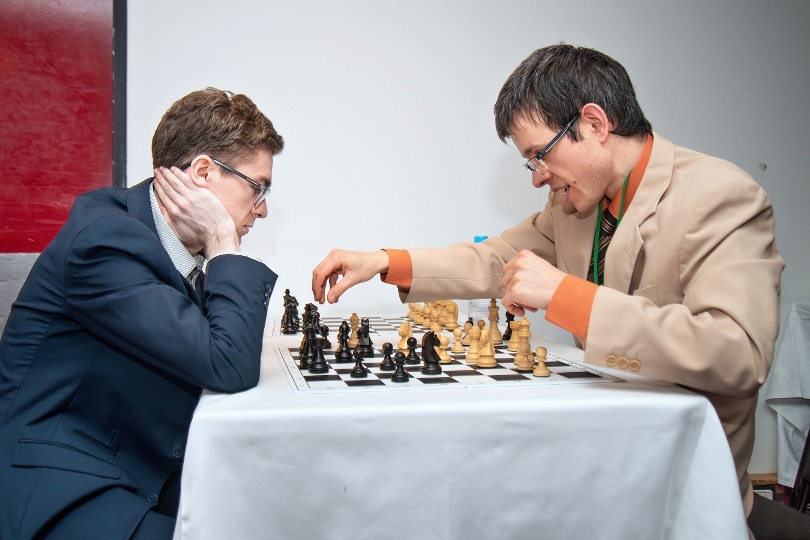 I think I was maybe slightly worse at first, I think he was pressing, but I managed to defend everything, I think I more or less equalised, and then we got a complicated position. I think time was the key there. We were in time trouble. I think in time trouble I played a bit better than him and I managed to win, but I feel like everything could happen.

33.h4?!, played with 9 seconds to spare, may have been the main culprit. It looks aggressive, but, as David pointed out, after a few precise moves – 33…f6! 34.Ng4 Rxe2 35.Rxe2 Bg3! – it’s clearly Black who’s on top. A couple of moves later Navara’s position fell apart completely and it was time to resign. 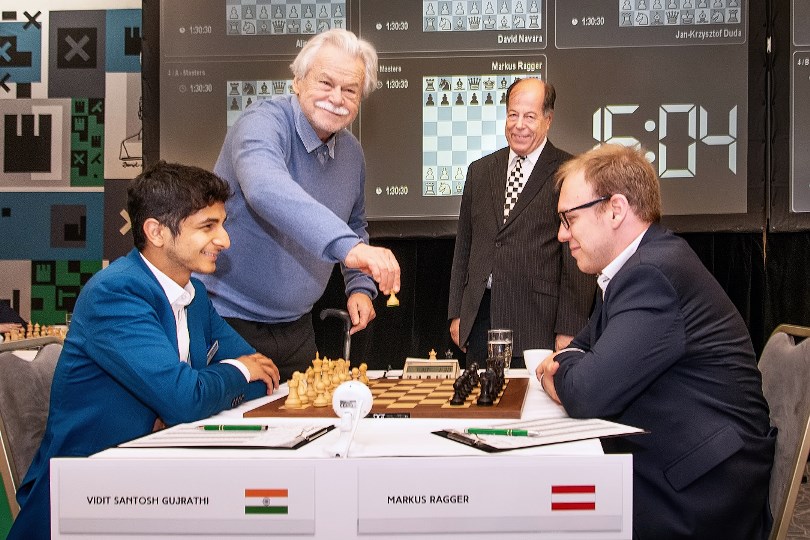 The sole leader, however, is 25-year-old Vidit, who on 2731.7 is currently one place ahead of Firouzja at world no. 21 on the live rating list. He became the latest player to beat the Grünfeld with what looks a very modest approach, but though he felt Markus Ragger incorrectly sacrificed a pawn there was a chance for the Austrian grandmaster to justify his play after 25.Bb3!?:

That was almost the only blemish on a very smooth game, however, and Vidit said, “I could not have hoped for better” after taking the sole lead: 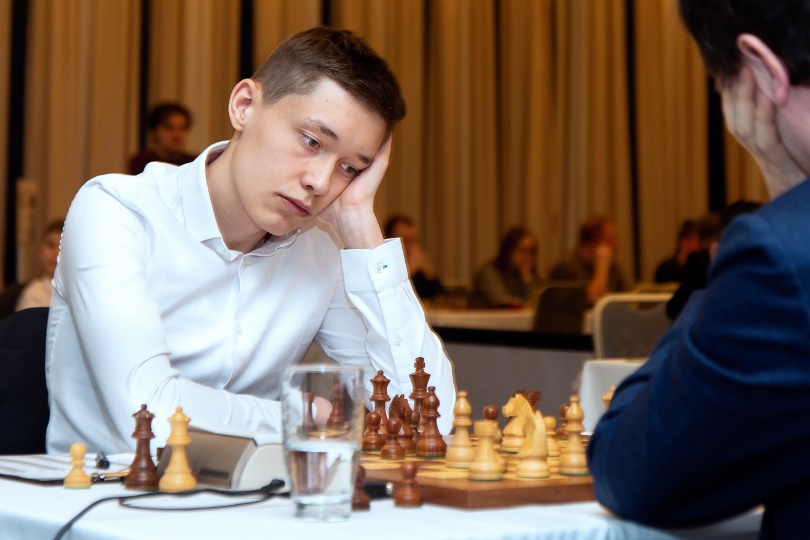 17-year-old Andrey Esipenko somehow won what he admitted had been a very bad game to leapfrog Kacper Piorun into clear second place, behind Hannes Stefansson, in the Challengers | photo: Vladimir Jagr, official website

The games that will affect Masters 1st place in Round 4 are Anton-Duda, Grandelius-Vidit and Firouzja-Vitiugov. You can watch all the action from Prague from 15:00 CET each day: Masters, Challengers, Futures, Open!