World Champion Magnus Carlsen tops an all-star line-up as the 2016 Grand Chess Tour gets underway in Paris today. Peter Svidler and Jan Gustafsson will be our English commentary team for the four-day spectacular that features 27 rounds of rapid and blitz action. Vladimir Kramnik, Fabiano Caruana, Levon Aronian, Maxime Vachier-Lagrave and Hikaru Nakamura – to finish naming only the world’s current top six players – will be among those fighting Magnus for $150,000 in prize money. 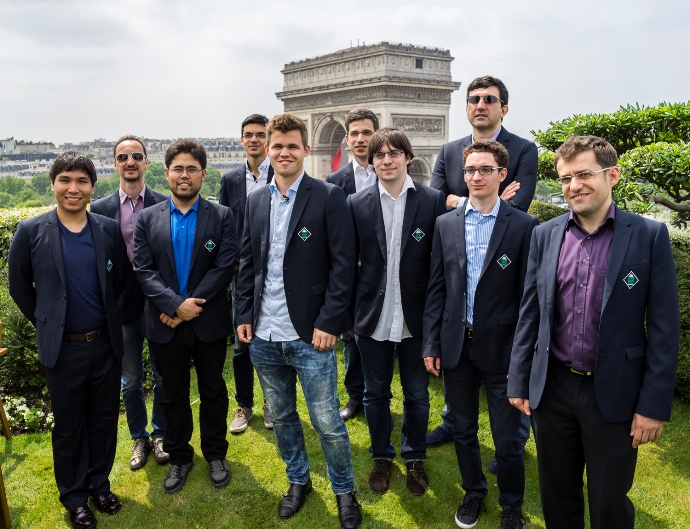 The 2016 Grand Chess Tour was dealt a blow earlier this year when Altibox Norway Chess withdrew, but it was good news for chess fans! The Norwegian tournament still took place, as will the Sinquefield Cup (August 5-15) and the London Chess Classic (December 9-18), but the tour was forced to find new events to complete a circuit with over $1 million in prize money. The solution was to add two rapid and blitz events this month in Paris, France (June 9-12) and Leuven, Belgium (June 17-20). Watch the epic trailer to the Grand Chess Tour as a whole:

The inaugural event takes place in Paris, on the same weekend the Euro 2016 football tournament will kick off with France playing Romania in the Stade de France on Friday night.

The chess players will play nine games of 25 minute + 10 second increment rapid chess on Thursday and Friday, then another 18 games of 5 minute + 2 second blitz on Saturday and Sunday, with 2 points for a win in each rapid game.

The pairings are already out - click on a game below to jump to our broadcast page, where you’ll be able to watch with a choice of four live streams in three languages!

The line-up needs absolutely no introduction, including all the Grand Chess Tour regulars with the exception of Vishy Anand (who plays an event in Spain), and two wild cards – Magnus Carlsen and Laurent Fressinet. 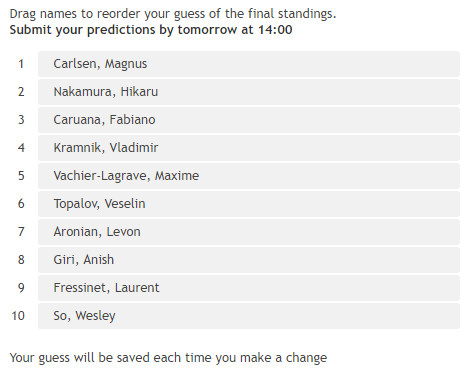 Think you can predict the outcome? Win a year's Premium Membership, signed chess24 goodies and more by clicking on the "Predictions tab" under our tournament broadcast

Magnus only plays in the Grand Chess Tour rapid and blitz tournaments in this World Championship year, while the event in Paris is Laurent’s one shot at glory. At the very least he’ll want to prove he’s not too old and slow

On the eve of the tournament proper the players, and invited guests who included Garry Kasparov, attended a series of promotional events, with Paris looking good after recent flooding that saw the Seine rise to a level not seen in 30 years. 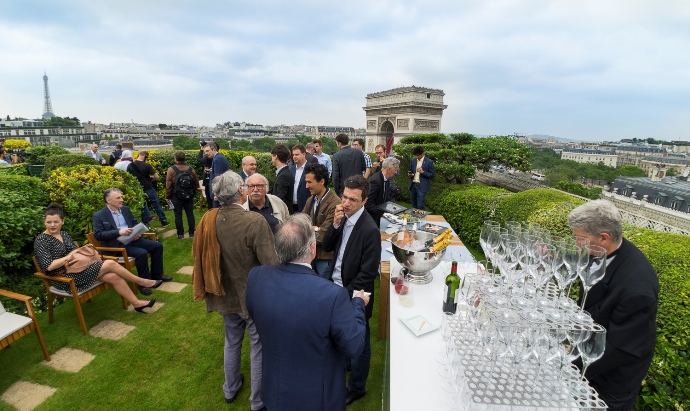 The reception took place on the roof of a building belonging to sponsors Viviendi | photo: Lennart Ootes 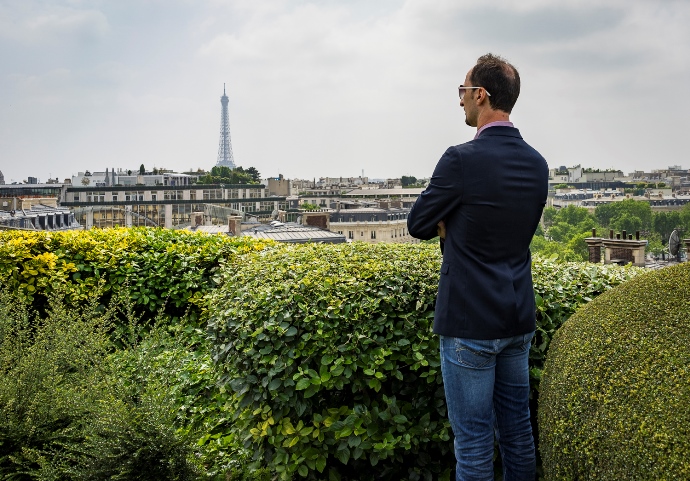 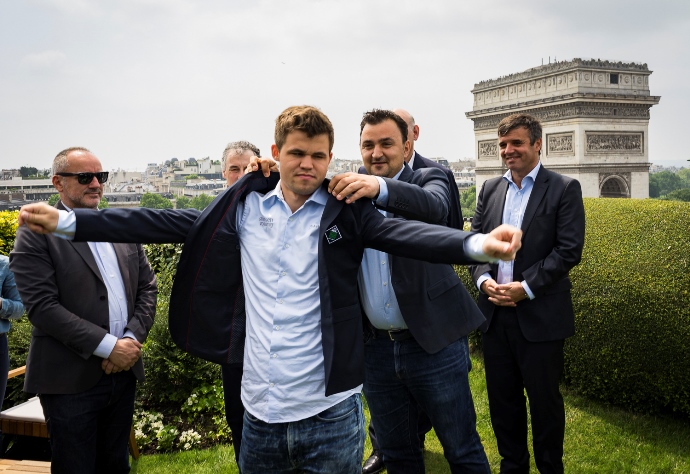 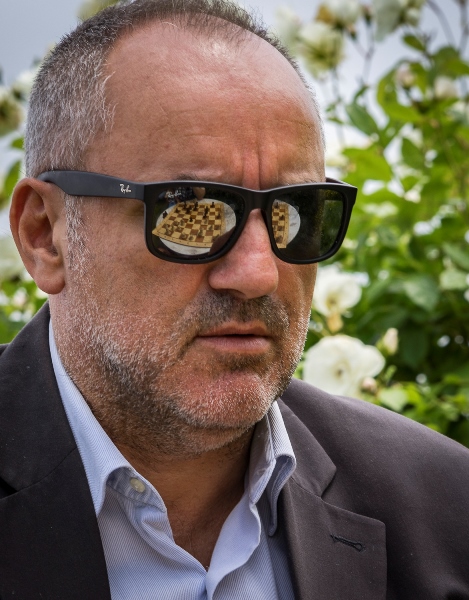 Topalov and Danailov put up stiff competition, but the prize for coolest sunglasses of the day went to Magnus' manager Espen Agdestein | photo: Lennart Ootes 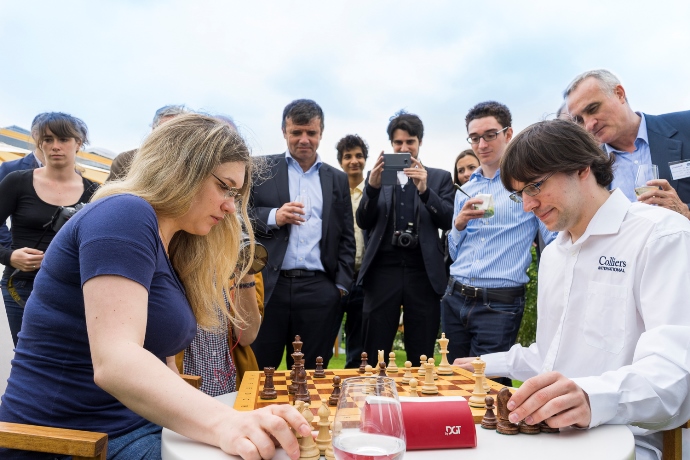 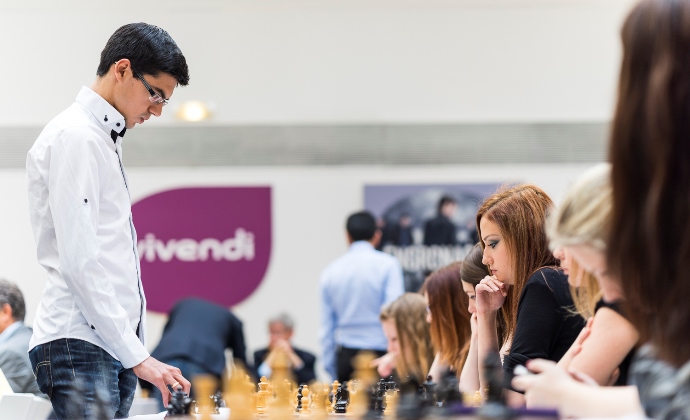 Anish Giri was one of those who gave a simul | photo: Lennart Ootes 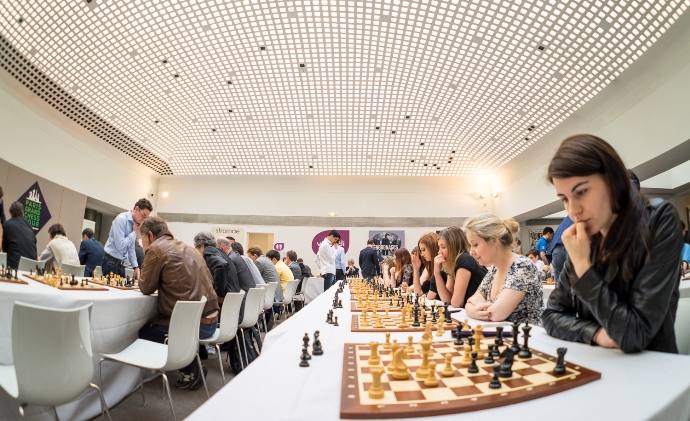 His opponents have no time to admire the beautiful ceiling | photo: Lennart Ootes 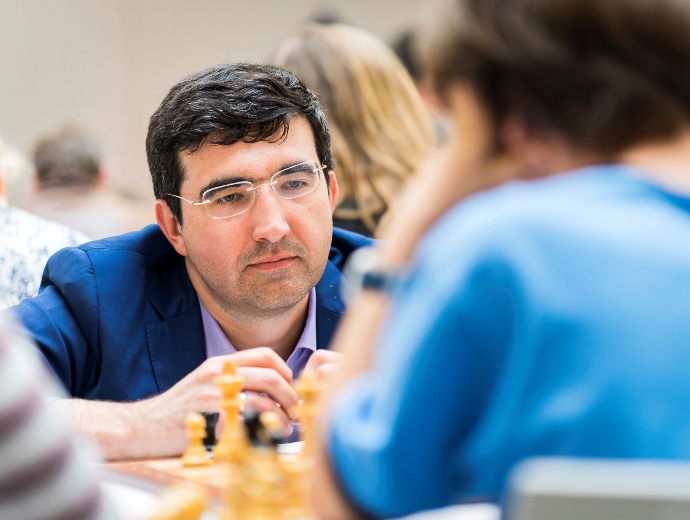 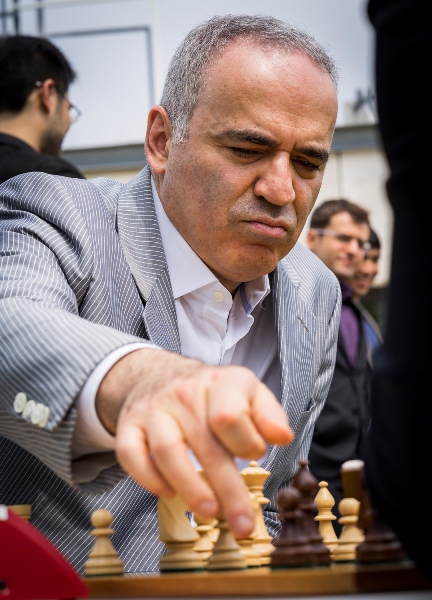 ...Kasparov was anything but! | photo: Lennart Ootes 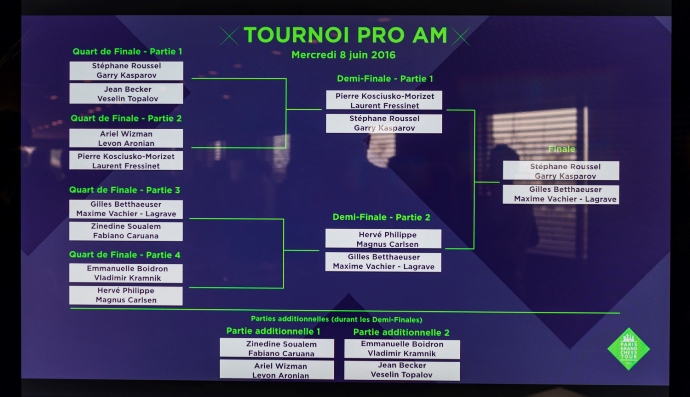 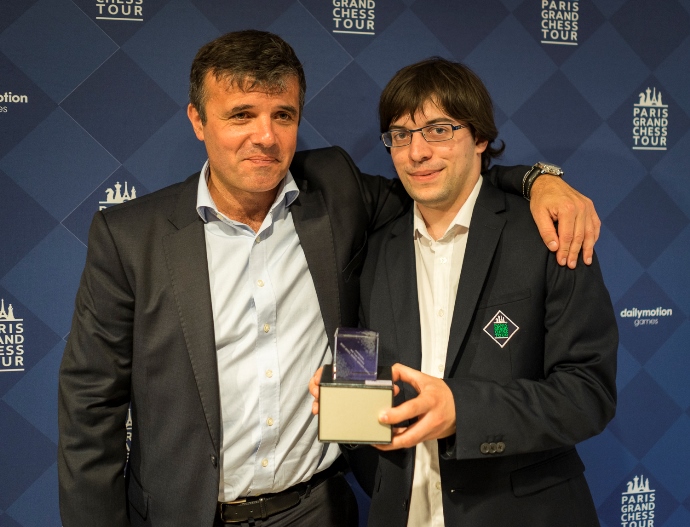 MVL triumphed alongside Gilles Betthaeuser of Colliers International - a nice reward for both his personal sponsors and the co-sponsors of the tournament as a whole | photo: Lennart Ootes 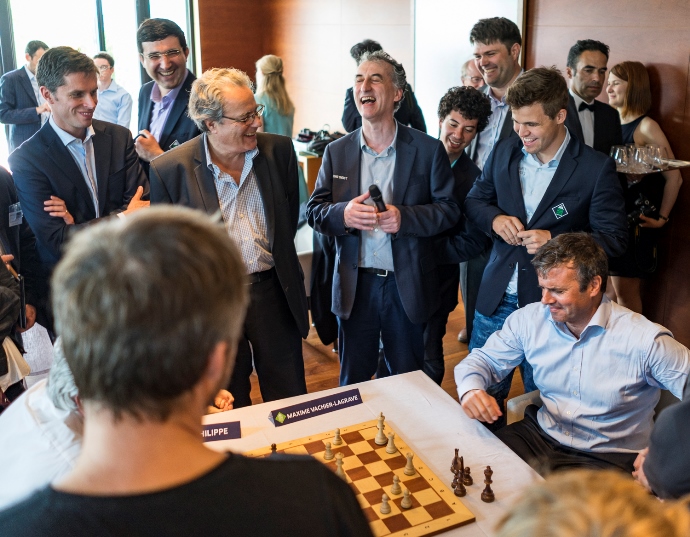 A good time was clearly had by all! | photo: Lennart Ootes

The real action starts at 14:00 CEST on Thursday and, as we mentioned in the introduction, Peter Svidler and Jan Gustafsson will commentate. Just in case you had any doubts about whether to watch or not, here’s Peter making the case:

You can also follow the games using our free mobile apps: