Vassily Ivanchuk was the surprise star of the 2016 European Club Cup, beating Maxime Vachier-Lagrave in the final round to claim the gold medal on the top board after playing every game and scoring 5.5/7. That was only good enough for 4th place for his team, with Ding Liren’s Alkaloid winning five matches then drawing all games in their last two to become European Champions by a point. Hou Yifan, meanwhile, combined individual and team glory – she won all six games she played, while Cercle d’Echecs Monte-Carlo won all seven matches to cruise to the women’s title. 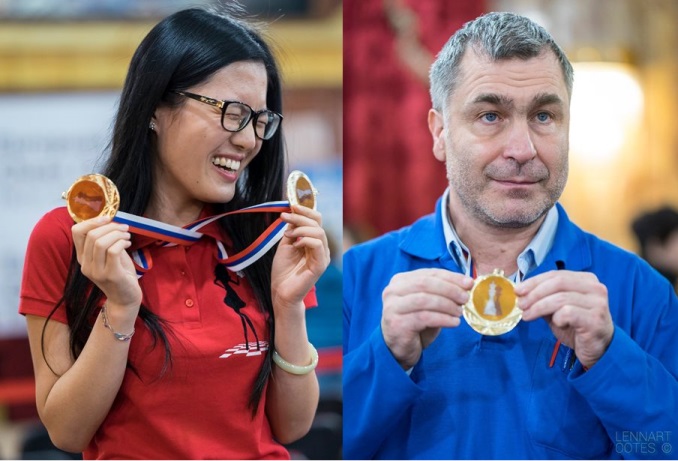 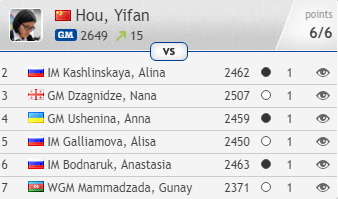 Let’s start with the women’s event where, as we mentioned, the team from Monte Carlo made light of the competition. When we last reported after four rounds they’d already beaten their main rivals and it seemed nothing could stop them. So it proved – they were already confirmed as champions with a round to spare and still went on to score a 4:0 whitewash in the final round. Women’s World Champion Hou Yifan epitomised that spirit as she shrugged off some poor form of late to score a perfect 6/6: 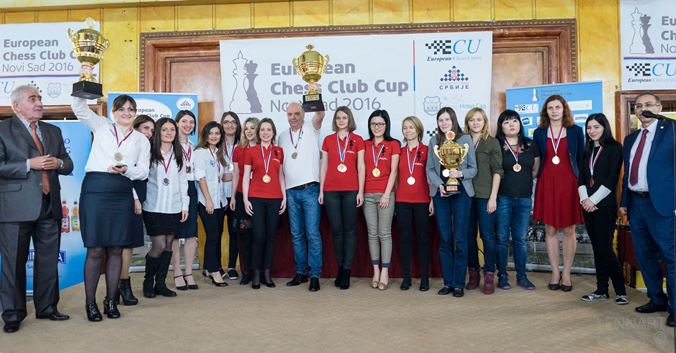 The team finished 3 points clear of Georgia’s NONA Batumi in 2nd place (on the left) and 4 ahead of Russia’s Ugra in third, with a larger gap to the other contenders | photo: Lennart Ootes, European Club Cup Facebook

The men’s event, meanwhile, went down to the wire, though surprisingly it turned out the decisive match was in Round 5. Peter Svidler’s Mednyi Vsadnik from St. Petersburg and Ding Liren’s Alkaloid from Skopje went into the round as the only two teams with a perfect four wins out of four. 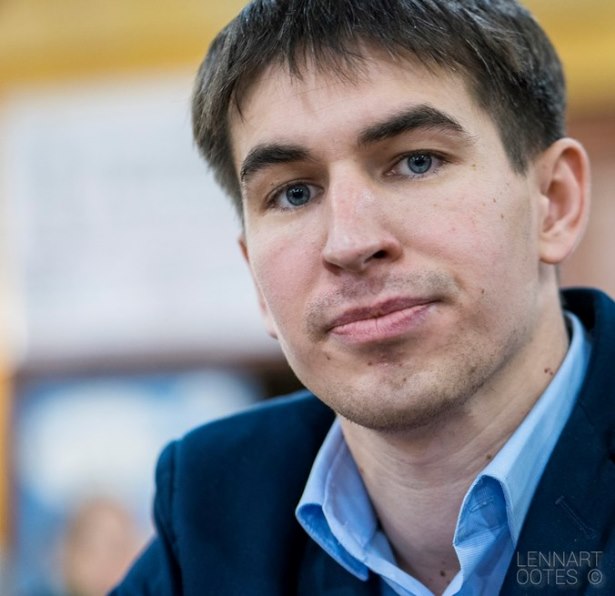 Svidler continued his stunning form with a third win in a row (and a second with Black) by grinding out a victory against Ding Liren, but for the first time Alkaloid took advantage of their ability to field a 2700+ player on every board and managed to emerge victorious:

Andreikin’s knight almost single-handedly managed to win one, then two pawns and the game against Leinier Dominguez:

All 12 games were drawn in Alkaloid’s last two matches against Kramnik’s Siberia (who finished 2nd) and Inarkiev’s SHSM “Legacy Square” Moscow (3rd), which turned out to be enough to win the event by a clear point. 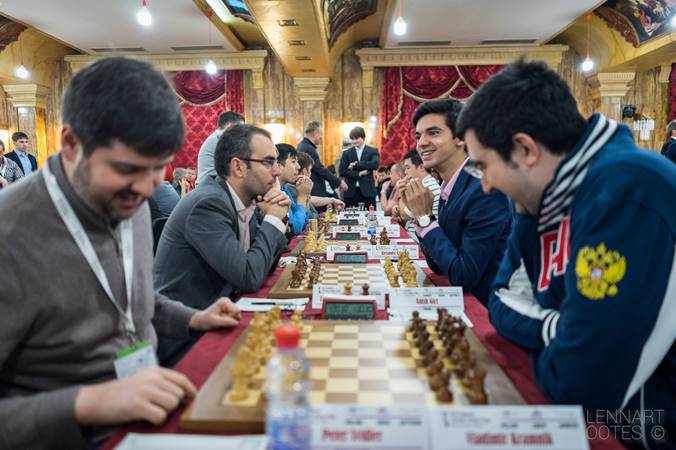 The most hotly contested final match was perhaps between Siberia and Mednyi Vsadnik. The tense 87-move battle on top board could have gone either way, but in the end a second win for Anish Giri was balanced out by Vladimir Fedoseev making up for his loss in Round 5.

These were Giri’s first victories since becoming a father and took him back into the world Top 10. 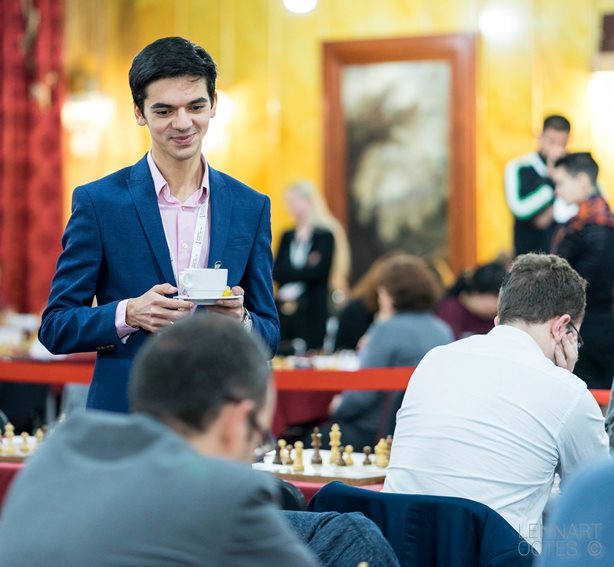 Giri will now switch into spectactor mode, and gave a useful prediction...

There were some spectacular wins with the black pieces for players who have become almost forgotten men of chess of late but ended with gold medals. Richard Rapport decided to burn all his bridges with a piece sac in a bad position against Teimour Radjabov, but it didn’t exactly end well:

The way in which Vassily Ivanchuk refuted a white attack wasn’t quite so spectacular, but what an opponent – high flying Maxime Vachier-Lagrave. 35...b5! was game over:

Maxime had no choice but to give up an exchange as well as already being down a pawn, with Black’s “centralised rooks” dominating the position. 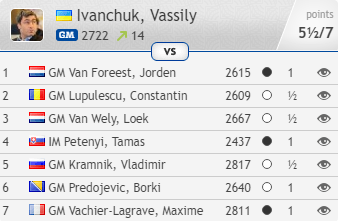 Ivanchuk is up to world no. 20 but could have scored more after having a much better position against Loek van Wely

That win was enough for 3rd seeds OR Padova to slump to 12th place, with Levon Aronian also failing to hit form on second board. 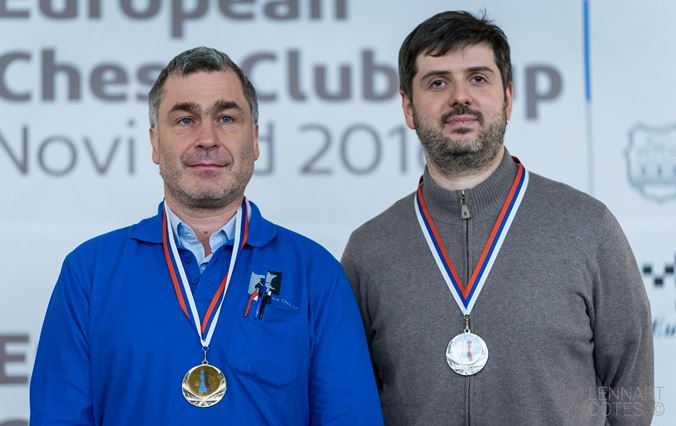 The final standings at the top (sorry, Cheddleton!) were as follows: 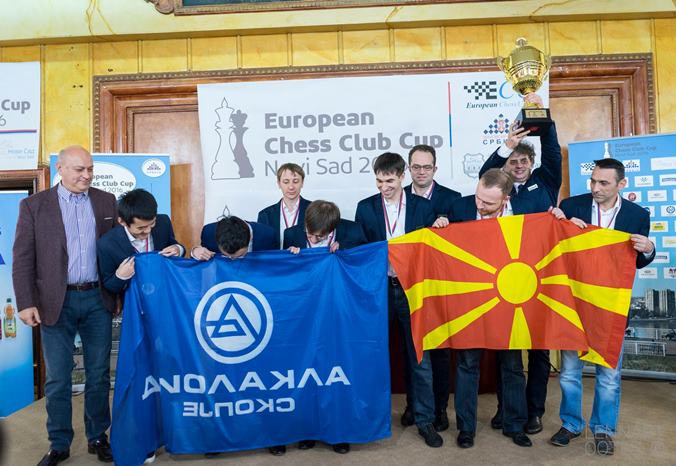 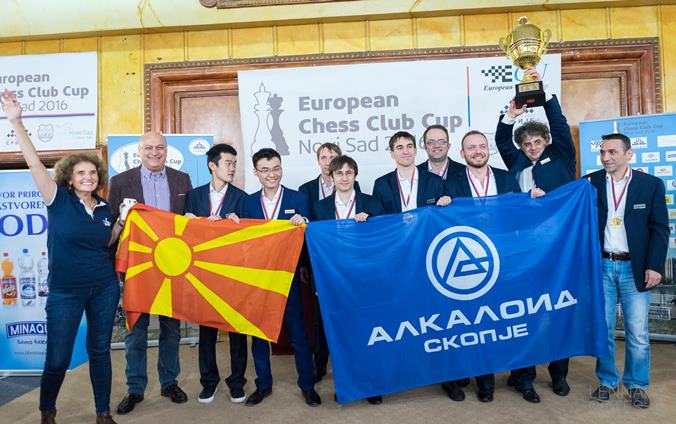 They did it! | photo: Lennart Ootes, European Club Cup Facebook

So that’s all from a very attractive event that was inevitably somewhat overshadowed by the goings on in New York! Peter Svidler didn’t have long to relax before he had to set out again for Hamburg to commentate on the Carlsen-Karjakin match...

It seems that worked...

Carlsen-Karjakin will of course be here.