Each encounter in Altibox Norway Chess next year will produce a winner, as one of the world’s top supertournaments has decided to trial an idea long championed by the likes of Rustam Kasimdzhanov and Sergey Shipov. In each match-up a FIDE-rated classical game will earn the winner 2 points, but if there’s a draw the players will share half a point each and then immediately play Armageddon for the remaining point. The organisers hope to “create more excitement for spectators and put more pressure on the players”.

MVL and Magnus made a quick draw in the final round of Norway Chess 2018 - if Caruana-So had ended drawn as well there would have been a 5-way tie for first place! | photo: Lennart Ootes, Altibox Norway Chess

In its 6-year history Altibox Norway Chess has been a trendsetter, introducing the confession booth (with live Norwegian TV coverage), multiple playing venues and popularising the 10-player all-play-all format with a blitz tournament to decide the pairings. If the event in Stavanger can also popularise the new format it might just revolutionise chess.

Since at least the days of Capablanca people have been worrying about draws in chess, and despite Sofia (and other) rules that make drawing tougher than merely making an offer to your opponent, there are still regularly events featuring a huge number of draws. For instance, over 80% of the games in the recent Sinquefield Cup ended without a winner:

That’s always somewhat accidental, and drawn games can be thrillers, but numerous people have pointed out that the fundamental issue is the very existence of the draw in chess.

In 2011 ex-World Champion Rustam Kasimdzhanov published an open letter to FIDE in which he pointed out what he saw as the big advantage of tennis – a similarly individual sport – over chess:

The main attraction is, as I see it, the fact that every single fight produces a result; a winner and a loser at the end of the day. And there is a thrill for every spectator to see, say, Nadal and Federer, come to court, and know with certainty that one of them will triumph and the other one will lose. In short, to put it figuratively, there will be blood. And there will be great champions.

If us chessplayers also want worldwide popularity, if we want chess to enter sporting organisations (including the IOC) and not be a poor relation, then we also need to correspond to the demands of our time. And instead of making a show of drug testing, it’s better to introduce a system of play-offs after a drawn result in the main game. So that even spectators who don’t understand chess (and they’re actually the ones who matter, who’ll bring TV and other media with them) can be happy or upset about the result - feel the emotion. 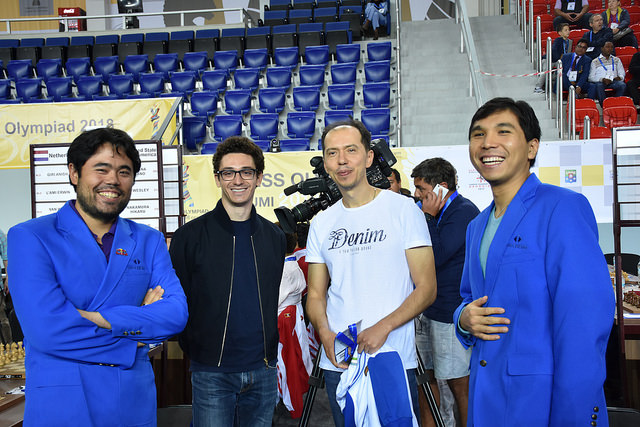 The original proposal from Rustam Kasimdzhanov was to switch colours and reduce the time control after a draw, and keep doing that until one player could be declared the winner:

And here is how it works. We play classical chess, say with a time control of four to five hours. Draw? No problem – change the colours, give us 20 minutes each and replay. Draw again? Ten minutes each, change the colours and replay. Until there is a winner of that day. And the winner wins the game and gets one point and the loser gets zero; and the game is rated accordingly, irrelevant of whether it came in a classical game, rapid or blitz.

Sergey Shipov’s main problem with that plan was that it would be a murderous schedule to follow a long classical game with rapid and only then blitz. Instead he proposed a faster conclusion:

My proposal for round-robin tournaments: If there’s a draw in the main game then you should play two blitz games – let’s say with a time control of 3 or 4 minutes a game + a 2 second increment. If that doesn’t decide the best player, then Armageddon will follow. Even players who are tired after a long battle will be capable of that. And you don’t need much time.

In the 7 years since those proposals were made little changed. The Zurich Chess Challenge experimented with forcing players who made early draws to play a rapid game shortly afterwards, but it didn’t affect the scoring and was more about giving the audience a little extra entertainment (plus adding some mild discouragement of quick draws).

The Norway Chess scoring system will be similar to Shipov’s version:

The main difference from Shipov’s approach is that there won’t be two games of blitz first but an immediate Armageddon game, reducing the time required and almost guaranteeing some crazy action each day. For anyone who doesn't know, an Armageddon game is one in which White has more time on the clock but must win - a draw will be counted as a win for Black. Ending with such a game is often compared to using penalties to decide a football match. 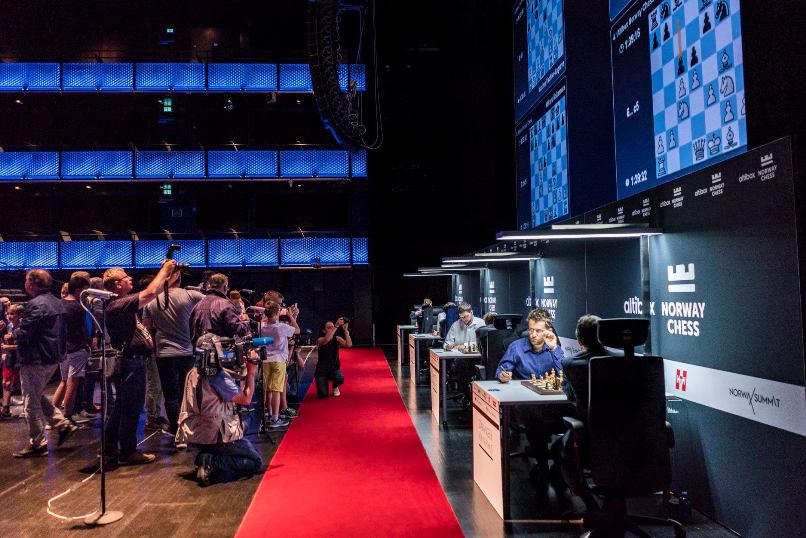 Will the guarantee of blood increase the audience for chess? | photo: Lennart Ootes, Altibox Norway Chess

There’s also a twist with the classical time control, which will be 2 hours per player per game, with no increment. That will obviously ensure the classical games can’t go on longer than 4 hours, and also promises some time-trouble mayhem. The games will matter, though, since that time control is one FIDE allows for rating purposes. Rustam’s proposal that the entire mini-match – the classical + rapid + blitz – is rated as one game might be a fascinating one for the future, but it’s clearly not something FIDE would sanction right now.

Will it be a success?

The attempt to alter the basic competitive structure of the game of chess is of course a controversial one. The most memorable response to Kasimdzhanov’s proposal came from the irascible genius Viktor Korchnoi, who ended an enjoyable rant in a late interview:

There’s no crisis in chess and proposals like Kasimdzhanov’s are terrible. I’d take the “former World Champion” title away from that man. Even the “former”!

To some it will seem wrong to have blitz play such a significant role in a classical tournament, while Armageddon games are famously unpredictable and sometimes end in chaos…

…but what it should guarantee is entertainment. If the players are willing to go along with it – and judging by the stunning fields Norway Chess has provided in the past there’s no reason to doubt it – there’s definitely room in the chess calendar for such an experiment. This particular one takes place from June 3-15, 2019.

What do you think about the idea? Let us know in the comments below!