The 64-player FIDE Women’s World Championship knockout starts today in Khanty-Mansiysk, and it’s also the start of changes in women’s chess. Reigning Women’s World Champion and top seed Ju Wenjun will face a tough fight to retain her title, but this time if she doesn’t make it she’ll be seeded into an upcoming Candidates Tournament, as will all the semi-finalists who don't win the title. The aim of Arkady Dvorkovich and the new FIDE administration is to make the women’s cycle more like the overall cycle, increasing prize funds and prestige. 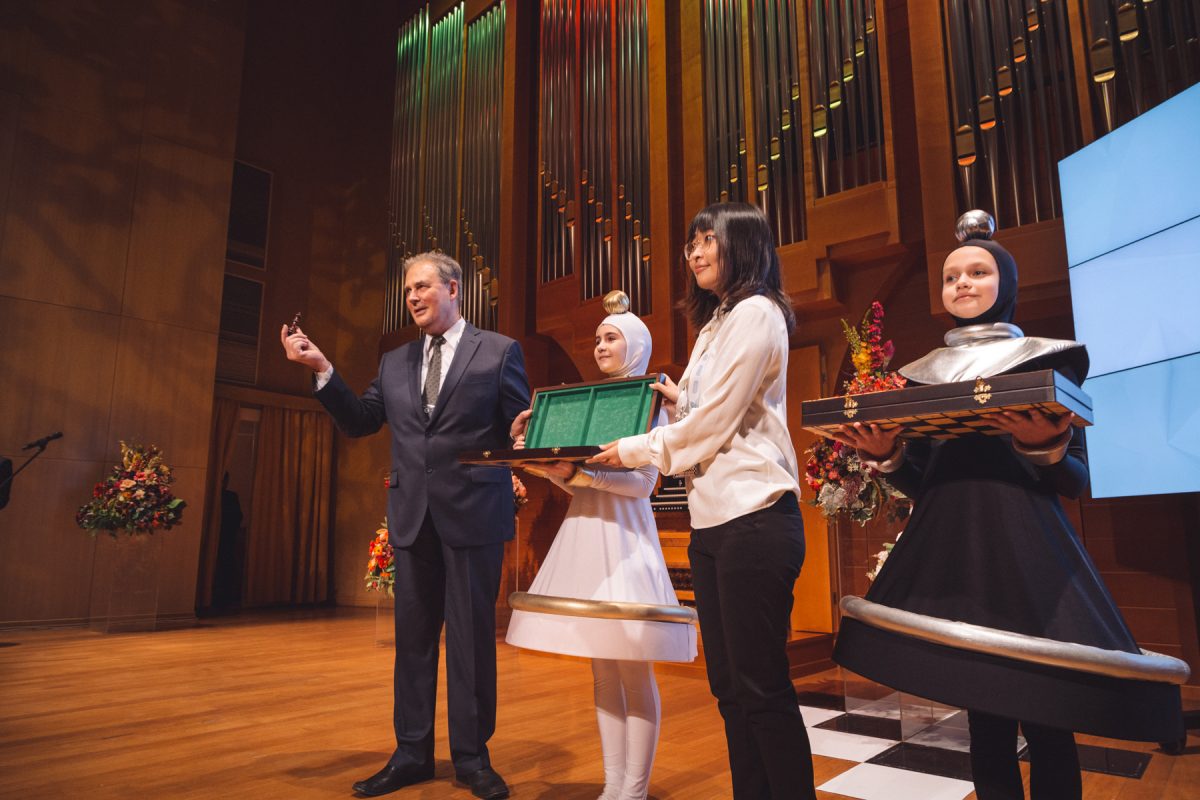 The Women’s World Championship is taking place in the Ugra Chess Academy in Khanty-Mansiysk from the 3rd to the 23rd November. That well-known Siberian chess city is going to be cold at this time of year…

…but it’s also known for its warm welcome!

The format of the event is exactly the same as the World Cup that we saw in Tbilisi last year – 2-game classical matches with tiebreaks on the 3rd day before a 4-game final – with the difference that it starts with 64 rather than 128 players. As there are no rest days until the semi-finals that means we’re going to have the Women’s World Championship working as a warm-up for the Carlsen-Caruana overall World Championship match. Of course you’ll be able to watch all the games here on chess24, with live commentary in English (Pavel Tregubov alone for Round 1 before he’s joined by Alexander Morozevich for the remaining rounds), Russian and Spanish:

It would be tempting to call this the 2018 Women’s World Championship, but that could get confusing since, in scheduling that highlights all that’s wrong with the current women’s cycle, there was already one of those in May this year. Back then in an all-Chinese battle Ju Wenjun beat Tan Zhongyi 5.5:4.5, but unless she wins all six mini-matches in Khanty-Mansiysk she’ll have held onto the title for only six months. That alternating match and knockout system in women’s chess was one of the reasons women’s no. 1 Hou Yifan dropped out of the cycle, but it’s now set to change. 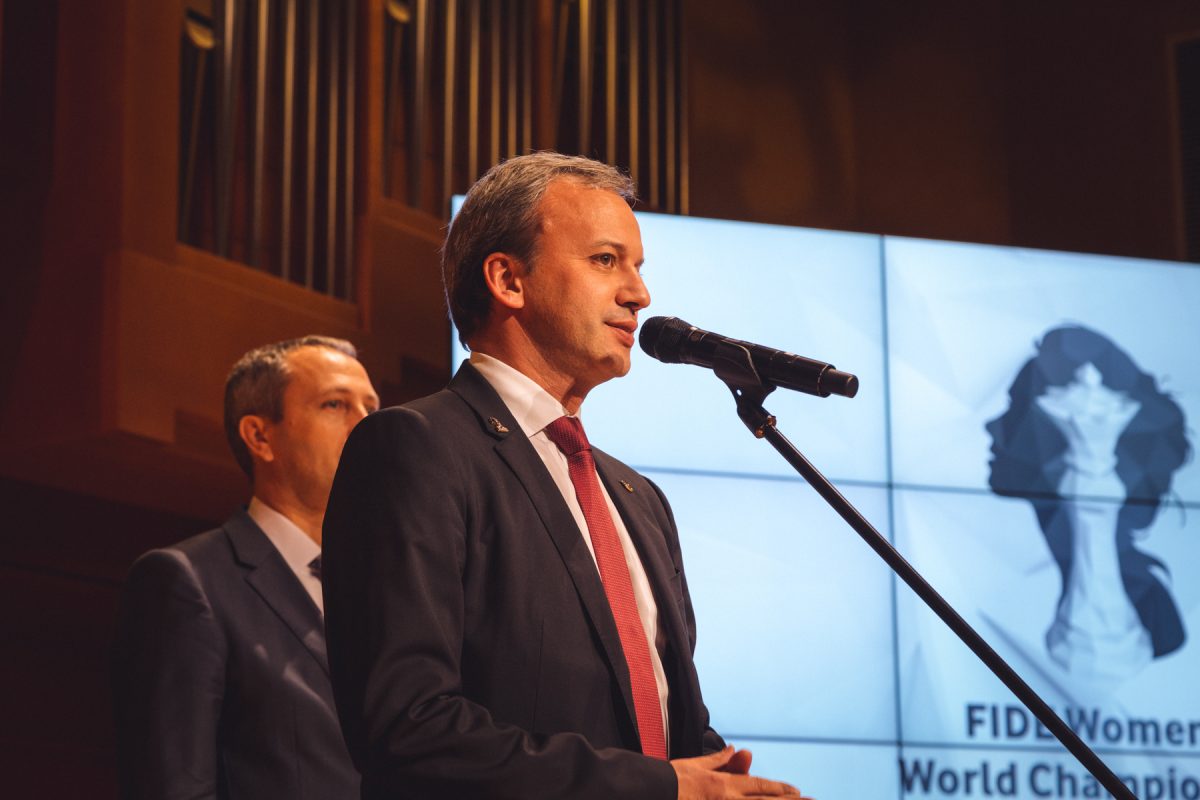 I will make sure that in the future the Women’s World Championship cycle will be a standard one, and three semi-finalists except for the winner will qualify for the Candidates Tournament which will determine the challenger for the next World Championship Match with higher prizes and better conditions. I would like to reassure you that we will pay more attention to the women’s chess in the future.

That means the women’s championship is returning to a format where the title will only be decided in a match. Elsewhere Dvorkovich has mentioned that if the current World Champion Ju Wenjun doesn’t retain her title she’ll also qualify for the Candidates Tournament even if she doesn’t reach the semifinals. He noted an offer had been received to hold that event in Mexico, while the overall World Championship would be held somewhere outside of Europe in 2020, most likely in Asia. He’s expecting higher prize funds all round and added that a return to a 4-year cycle might be considered, though that latter proposal would likely prove controversial. 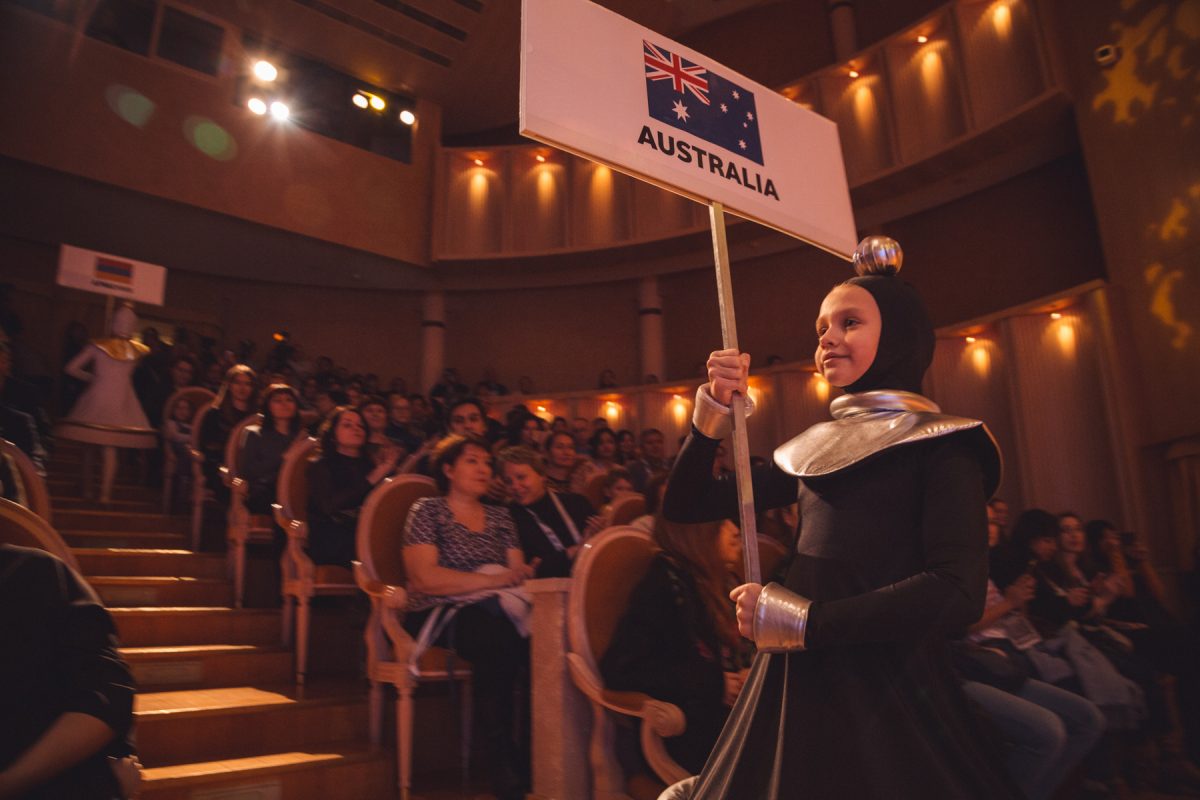 All the participants' countries were represented at the opening ceremony | photo: official website

Meanwhile in Khanty-Mansisyk the $450,000 prize fund, with $60,000 for the winner, has been enough to attract almost all the top players with the exception of women’s no. 1 Hou Yifan, who has started her studies as a Rhodes Scholar at Oxford University. It’s going to be an extremely tough event. World no. 2 Ju Wenjun is one of the top seeds who should make it into Round 2 with some ease – she starts against 1832-rated Australian WFM Kathryn Hardegen – but if she does she’ll need to be on top of her game to continue in the event. The winner of that match will play the winner of Irina Krush (USA, 2434) vs. Inna Gaponenko (Ukraine, 2420), a match that’s already too close to call.

The excellent official site has compiled the record of players who have met before:

And you might want to try out their contest:

They’ve also been building up to the tournament for weeks in a manner we haven’t seen for the overall World Championship match. Here are some of our favourites from the preview videos!

Vladimir Potkin boasts of the benefits of Russian weather in a wonderfully Russian accent!

So all that remains is to tune into the live chess from 11:00 CET onwards each day for the next month here on chess24!