Play 1.e4: A Complete White Repertoire is a chess video series that gives you everything you need to start your chess games with 1.e4, Bobby Fischer's "best by test" first move. The 7-hour course by Norwegian no. 2 and former Magnus Carlsen second Jon Ludvig Hammer is aimed at players of every level, from those just starting out to strong players looking for a sound foundation to meet all Black's responses to 1.e4. 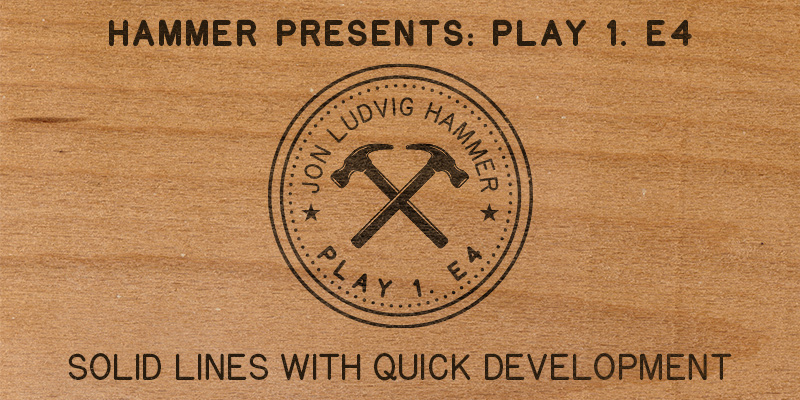 In his introduction, which everyone can watch here, Hammer explains his philosophy:

When I was a kid it was very difficult to find good, solid, sound openings being presented in just one place, and I’m trying to fill that gap in the market. I’m very concerned about three things in the opening: I care about getting the pawns in the centre, I think it’s important to develop your pieces quickly and you need to castle pretty early on. And these are tips that I’m sure you’ve heard hundreds of times before, but in this series I’m going to try and make that a reality while also giving you a chance of an opening advantage.

Hammer focuses on solid lines where you can be confident of not getting ambushed by tricky opponents, but this is not an opening repertoire that means avoiding the richest positions in chess. For instance, he recommends playing the main lines in the Spanish, also know as the Ruy Lopez, which begins 1.e4 e5 2.Nf3 Nc6 3.Bb5:

They started playing this in the 1500s and it has stood the test of time, the most popular opening in chess, and I think it’s very important to know regardless of whether you think you’re going to be playing that variation five years from now. It’s also just part of chess culture to know the main line Spanish and have some familiarity with the middlegames that arise from that opening. 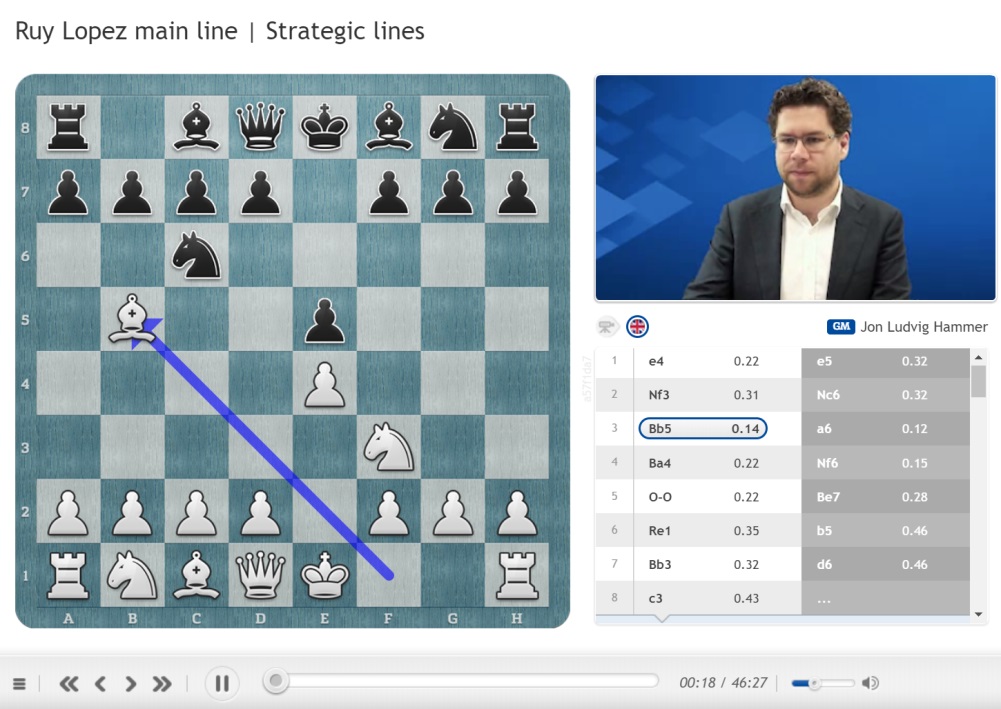 You can get this series and many more as a Premium Member - try it out for just $/€9.99 a month, or less per month if you take out a 1-year or longer membership.

A master class in chess video presentation. A sound, ambitious, and practical repertoire presented clearly and concisely. The best video series I have seen. Bravo!

Premium members also get the chance to challenge Hammer, and other top players including World Champion Magnus Carlsen, during Banter Blitz broadcasts. Recently Hammer gave a perfect demonstration of how universal his repertoire is by using it to go from 1500 to 3000 in the chess24 Playzone:

You can rewatch that full session below, while all Hammer's regular shows are available to watch live and on demand on our Shows page.

Not sure whether to take the plunge and get Hammer's new series? Why not check out the first part of the repertoire, Offbeat first moves, which anyone can watch after completing free registration as a chess24 member.

You can also use the voucher code HAMMER for an additional 15% off all memberships.