Nepomniachtchi gets flying start in Chess 9LX while Kasparov suffers

Ian Nepomniachtchi has taken the sole lead in the Champions Showdown: Chess 9LX tournament in St Louis with a perfect 3/3 start. A rusty Garry Kasparov could not convert a promising position and remains without a point. 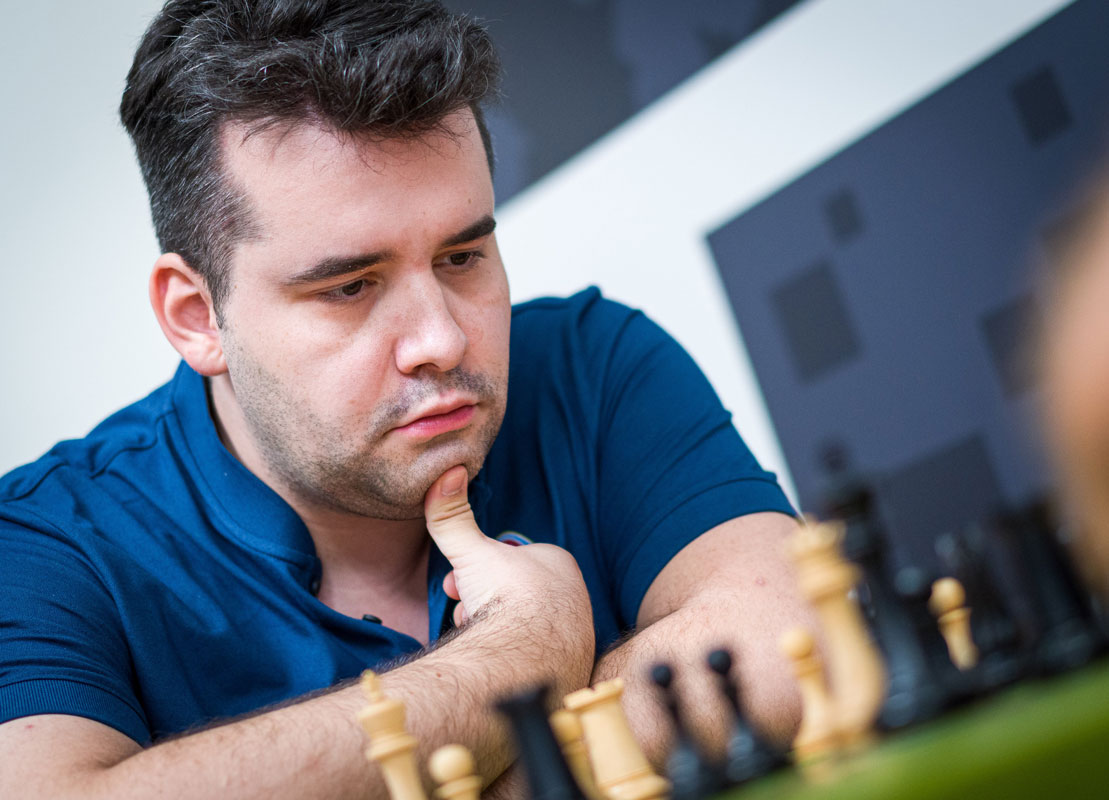 
The Chess960, Fischer Random or Chess9LX if you prefer, tournament in St Louis has become one of the few regular events in the popular chess variant. The event can serve as a prelude to the official World Championship which takes place in Iceland in October, with Magnus Carlsen and reigning champion Wesley So confirmed, while online qualifiers are ongoing.

In this year's event, the 8 regulars from the Grand Chess Tour were joined by none other than 13th World Champion Garry Kasparov, and Peter Svidler, who has been commentating in Saint Louis along with Yasser Seirawan.

The first day of the 9-round all-play-all rapid event saw Ian Nepomniachtchi get off to a flying start with three rather short wins against Peter Svidler, Levon Aronian and Hikaru Nakamura. Fabiano Caruana follows just half a point behind, while Alireza Firouzja, chasing a St. Louis hat-trick, and Levon Aronian are on 2/3.


The event will continue today at 21.00 CET with Rounds 4-6. You can watch all the Chess9LX games here on chess24. 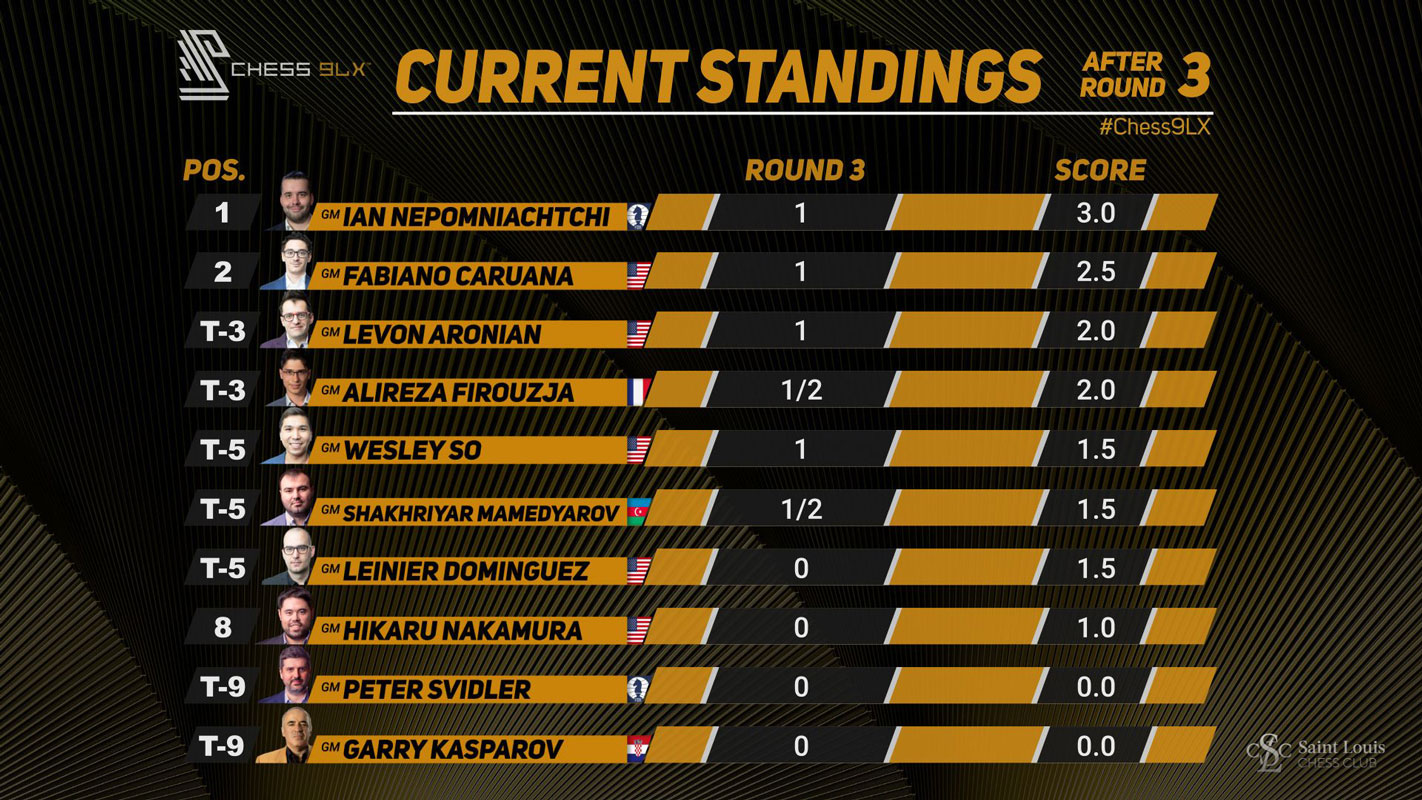 Chess960 is hard. The twist is that the initial position is drawn before every round. Players are given 10 minutes before the start to analyze the position, but with centuries of opening theory obsolete, disasters in the opening are inevitable.

One player who is clearly a fan, is Levon Aronian, who said:

As usual in St. Louis, there is considerable attention on Garry Kasparov taking part in his one event of the year. The 13th World Champion was back in action a year after scoring an excellent performance in the 2021 edition, finishing 5th on 5/9 and just missing out on shared 1st by losing in the final round. This year it will likely be a lot tougher for the legend, who started with 0/3.

The script appears to be the familiar one for any rusty chess player. Kasparov seems to achieve a promising position, but eventually gets into time trouble, fails to convert and ends up losing. 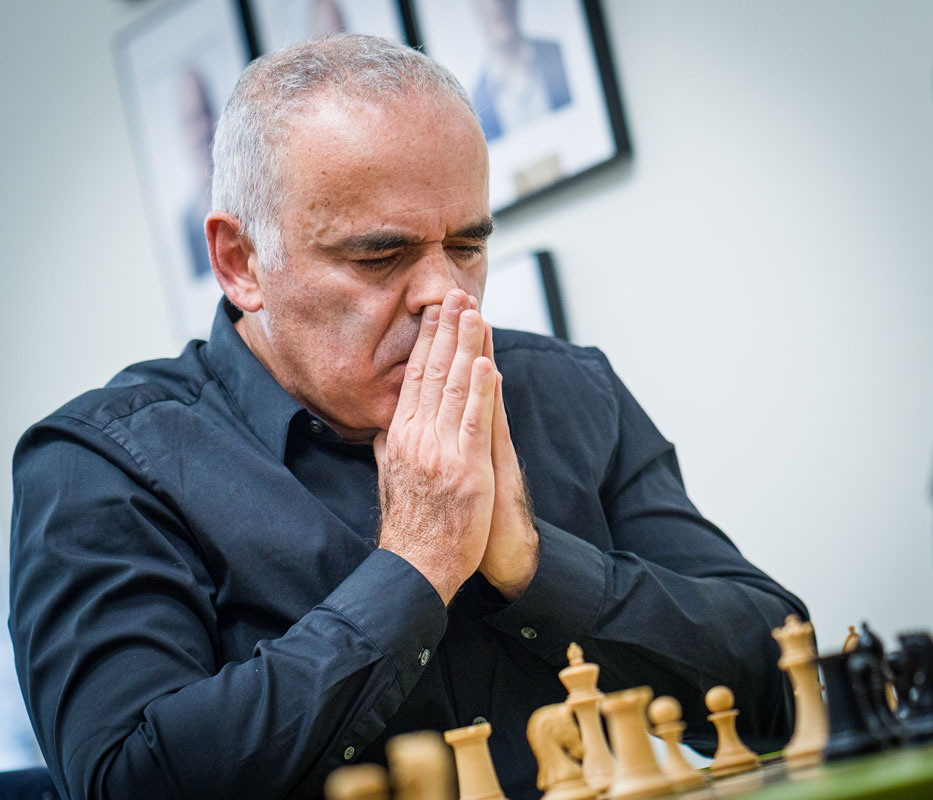 Can Garry Kasparov step up his game and score a few wins on the remaining two days? Photo: Lennart Ootes/Saint Louis Chess Club

Admittedly the 59-year-old struggled to equalize against Levon Aronian and couldn't resolve his opening issues in Round 1 before allowing the Armenian-born US player a killer blow:

In Round 2 against his former student Hikaru Nakamura, it looked a lot more promising. Garry seized the initiative with pressure on the h-file and eventually won a pawn. In an endgame with queens and opposite-coloured bishops, it seemed he couldn't lose.

With clocks down to 30 seconds, Kasparov missed a very tricky killer blow.

Still within the drawing range, Kasparov blundered it all away in one move.

With Black against Caruana, his trademark aggressiveness seemed to pay off.

Among Nepomniachtchi's three wins were at least two early Christmas gifts. One came from Peter Svidler in Round 1.

His next win against Aronian, was much more controlled and the Russian World Championship challenger won in 35 moves.

Nakamura had a disappointing start to the event, with only 1 point. In his game with White against Nepomniachtchi he demonstrated how wrong things can go in the opening, losing in only 19 moves. 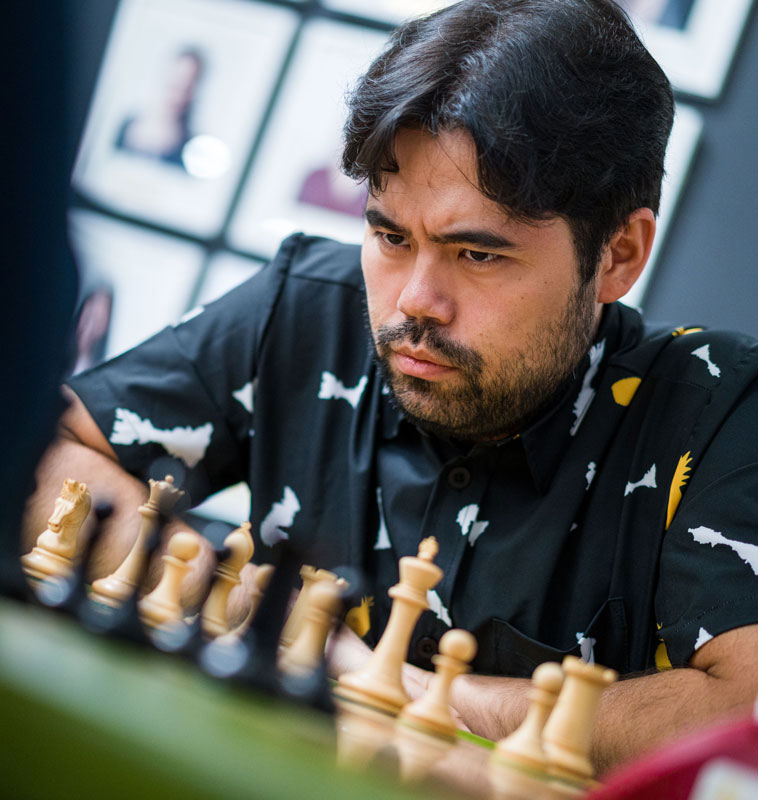 Rounds 4-6 take place today, while the tournament ends with rounds 7-9 on Friday.