Nepo and Naiditsch lead in Jerusalem

Ian Nepomniachtchi took the lead on 3/4 in the Gideon Japhet Cup in Jerusalem, after winning both his mini-matches against Vassily Ivanchuk and Boris Gelfand. There were some very tricky moments, while 2nd placed Peter Svidler was also happy to escape alive from his games against Anna Muzychuk before beating Georg Meier. Meanwhile in the Open, Arkadij Naiditsch has managed to bamboozle his opponents on the way to 4/4, though he was all but lost at some point in all of the games! 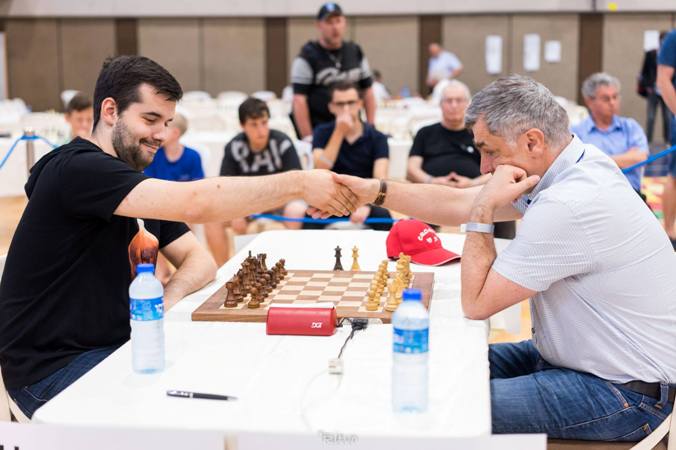 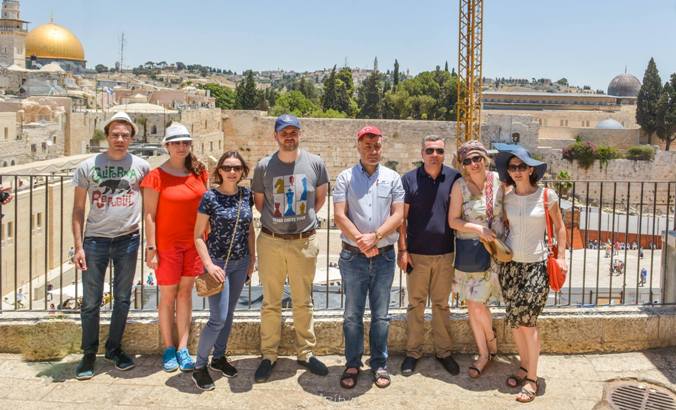 The players got the chance to tour Jerusalem | photo: Gideon Japhet Memorial/Jeruchess Facebook 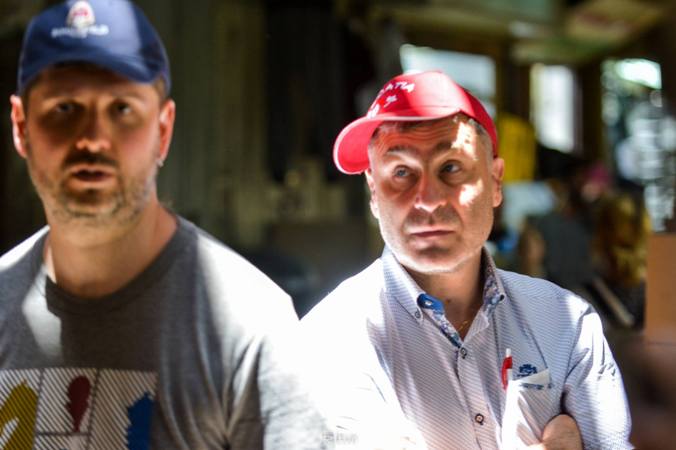 This is the 4th edition of an attractive chess event in Jerusalem sponsored by Gilad Japhet, the founder and CEO of MyHeritage, in memory of his father Gideon Japhet (1928-2013), a lawyer who was also an avid amateur chess player. The highlight this year is the 6-player rapid cup, but let’s first take a look at the ACP Open tournament:

Top seed Arkadij Naiditsch duly leads on 4/4 with three rounds to go, but it’s been an almost stereotypical performance from the Latvian/German/Azeri grandmaster, who’s always been capable of beating or losing to anyone. Round 1 was the one more or less straightforward game, though the computer says untitled Alexander Zlatin (2205) would have been clearly better if he took the exchange on move 34. 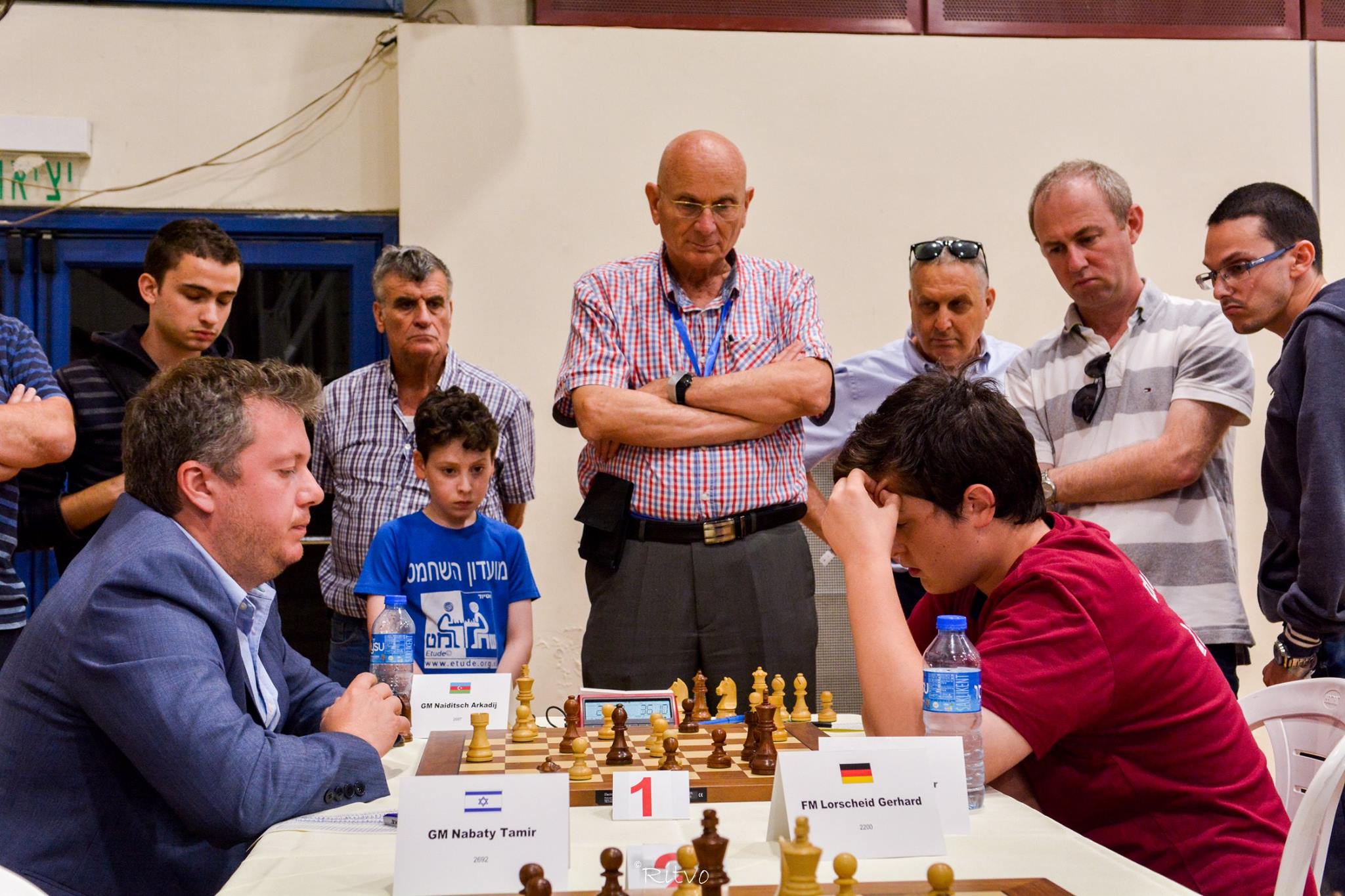 In Round 2 Salome Melia missed the chance to eliminate one of Arkadij’s menacing knights and slipped into a mating net in time trouble. 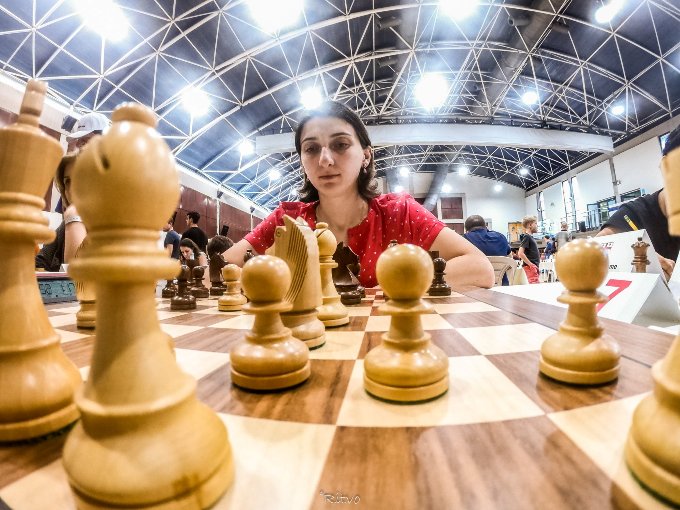 In Round 3 Arkadij had an awkward moment:

Anna Ushenina’s 22…Qd7! was the oldest and simplest of chess tactics – a double attack on two pawns. It seems to have caught Arkadij off-guard, though, as he now spent 10 minutes deciding which pawn to give up (a4, h3 or even c4), before opting for 23.Kh2. He soldiered on, though, throwing everything at the black king until Anna also stumbled into a mating net.

The most painful miss came for GM Michael Oratovsky, who after some more misadventures for Arkadij was simply a full piece up, until he played 31.Qc5?? (31.Qg2!):

As you can see, there are some top female players in the open, including Mariya Muzychuk, while her sister Anna is playing in the 6-player Cup: 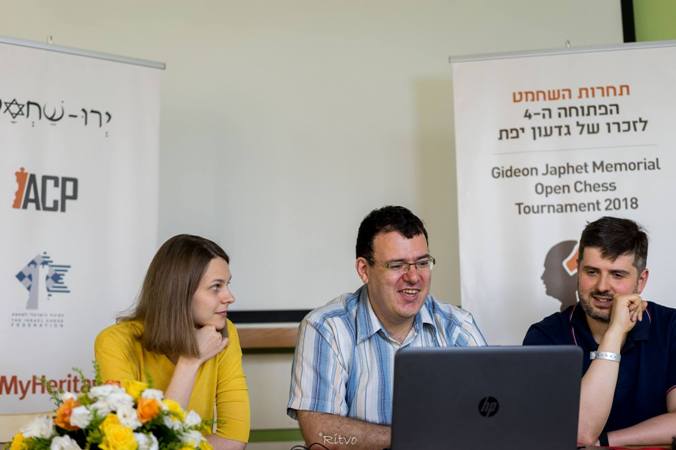 2016 World Rapid and Blitz Champion Anna Muzychuk hasn’t looked out of place at all in the 25 minutes + 10-second increment rapid format, and in fact could easily have got off to a flying start against Peter Svidler on the first day. “I should not have survived the first one, I suspect”, was Peter’s verdict on his adventures on the black side of a 3.Bb5 Sicilian (you can find more videos here, though as you can see the quality isn’t ideal):

The final position, where down to just over a minute Anna took a draw by repetition, is very close to a win for White:

The second game was another opening to forget for Peter, who described the position he got a pawn down as “a dream ending” given his fears earlier in the game. Again in the final position Anna is better, though this time a draw was a normal result. 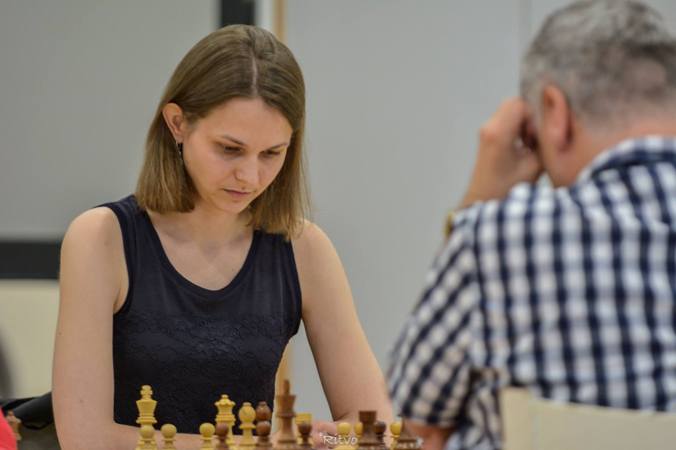 That escapology proved a good platform for Svidler, who then went on to squeeze out a win in a tricky ending against Georg Meier: 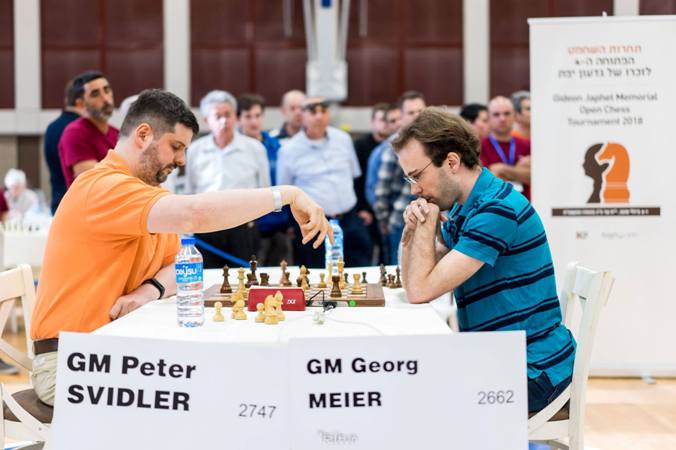 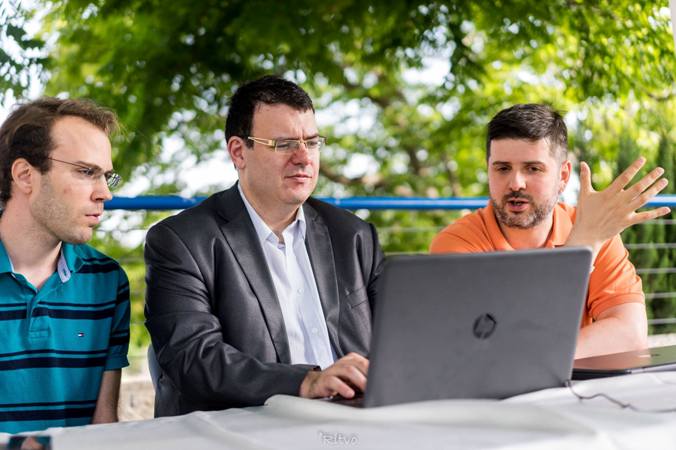 The leader, however, is Ian Nepomniachtchi, who took a leaf out of Naiditsch’s book to beat Vassily Ivanchuk despite suffering what he described as “an opening disaster”. He realised he was in deep trouble after 14…Qd7!

Suddenly there’s no defence against 15…Nxe5!, exploiting the undefended queen on a4 with a well-known tactic. 15.Qf4 would run into 15…d4. 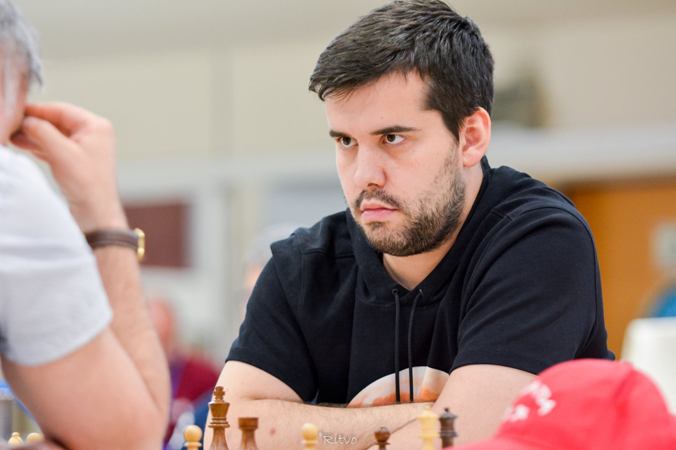 For a long time Vassily’s conversion was convincing and he also had a comfortable edge on the clock, but he began to go astray and completely lost the thread in the latter stages, with 51…Re2? the final straw:

The final stages of Nepomniachtchi 1-0 Gelfand were an echo of that game, with Boris not quite able to figure out the right square for his king to avoid a white infiltration and defeat. 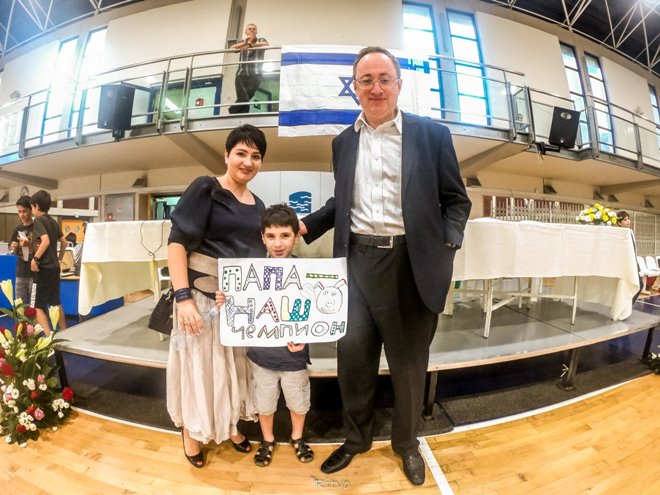 Boris had a fan club consisting of his wife and son - the sign reads, "Daddy is our champion" | photo: Gideon Japhet Memorial/Jeruchess Facebook

Gelfand is on 50%, since he started the tournament with a win over Georg Meier – 26.Qf5?! was just a bit too clever… 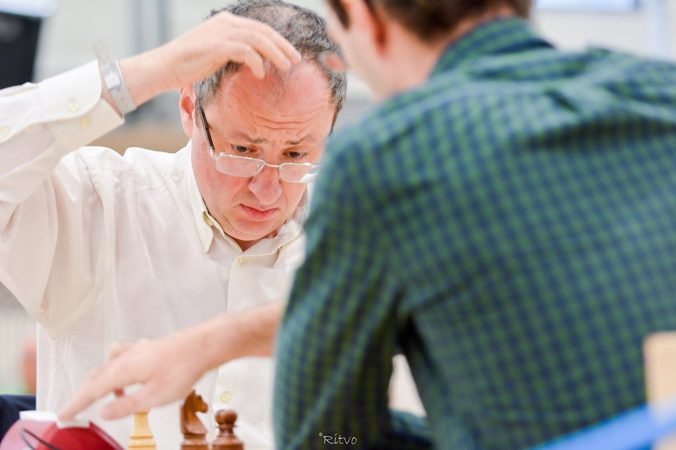 Boris Gelfand is still a force to be reckoned with at 50 | photo: Gideon Japhet Memorial/Jeruchess Facebook

So with two wins and two draws Nepo has 3/4 and leads Svidler by half a point, but there are still six rounds to go, with Ian facing Muzychuk, Svidler and Meier in his remaining matches. The format is a relaxed two rapid games each day.