Naiditsch pulls off a Swiss double 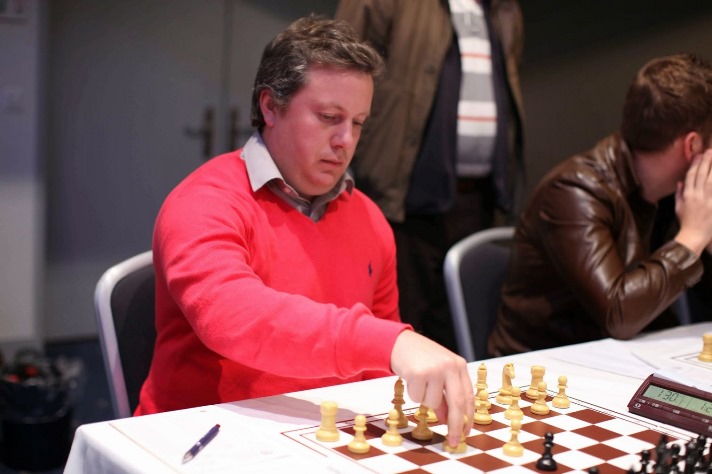 Arkadij Naiditsch got back on track at the Zurich Christmas Open | photo: Georg Kradolfer

German no. 1 Arkadij Naiditsch has won the traditional Christmas and New Year opens held in Zurich and Basel from the 26-30 December and 1-5 January. Those triumphs must have been a welcome relief for Naiditsch, who returned to the 2700 club after a calamitous performance in the Qatar Open made up the lion’s share of 37 rating points dropped in December. 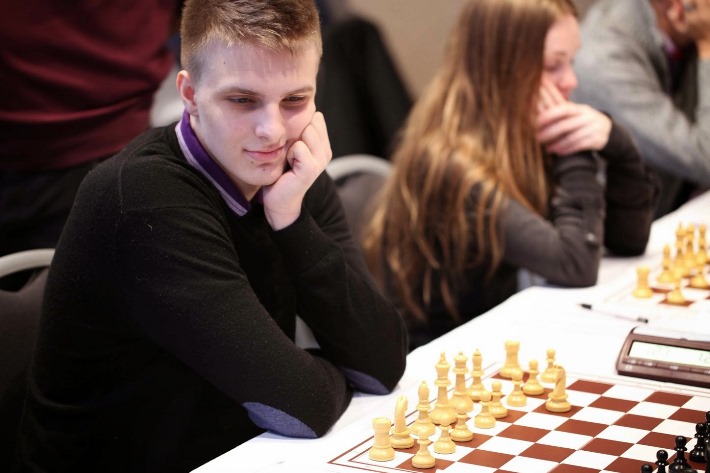 Naiditsch won the Christmas Open in Zurich with a dominant 6.5/7 and a 2855 performance. His main rival for the title on paper, 18-year-old Hungarian star Richard Rapport, showed the unpredictable streak that goes along with his creativity. In the first round he lost to a rival rated 541 points below him. He was unable to overcome that setback and compete with Naiditsch for first place.

Fellow Hungarian GM Laszlo Gonda instead came closest to challenging Naiditsch after defeating France's Christian Bauer in the final round:

Things weren’t so clear cut in Basel, with Naiditsch only emerging victorious on tiebreaks after five players finished locked on 5.5/6.

It was a great result for 16-year-old German IM Alexander Donchenko, who continues to show signs of progress and can't have long to wait for the GM title. Venezuela's Eduardo Iturrizaga also posted a decent result after struggling with a 2464 performance in Zurich.

The winner's performance was solidity personified, with Naiditsch starting with four wins before easing home with three draws in his final games. Overall in Switzerland the German no. 1 showed a clear tendency to play without any complications, unafraid of entering equal endings where he would then go on to press. A good example was the 107-move last-round game that won him the Zurich Christmas Open:

5. ♖e1 A variation with even more of a drawish reputation than the Berlin Wall endgame!

13... ♕xf6 14. d3 ♗b7 15. ♕b4 ♖e8 16. ♕f4 We're yet to reach virgin ground, since this is still Giri-Anand from the... Pro-Biz Cup tandem event in London! It's quite possible Georgiev was unaware of that game. Team Anand managed to draw, but with some difficulty... Are we seeing the emergence of a new way to combat the Berlin Wall?

21. ♗xe3 ♖xe3 22. ♔f2 Now Naiditsch wants to try and seize space on the queenside and apply some pressure... Let's see how he does it.

30... d6 31. ♔e3 ♗c8 32. ♔d4 With very little fuss Naiditsch has kept improving his position so that his advantage has grown, although it's still very difficult to penetrate the black position.

32... g6 33. ♖g1 ♖e8 34. h4 Now it's time to press on the kingside as well. One of the advantages of having more space is precisely the opportunity to play on both flanks since your pieces can easily switch between the two.

75. ♖xa7 ♖xf4+ For a moment I thought Georgiev was trying to play for a win, sacrificing his bishop for the a-pawn and setting the kingside pawns in motion... but the pressure on f7 is too strong and prevents Black from becoming active.

99. ♗c6! Pushing the rook off the fourth rank so the black bishop can no longer return to c4.

100. ♔d6 , followed by Kc7-b6 was more precise. The black bishop would have had no easy way to sacrifice itself for the a-pawn since its white counterpart could block it at the appropriate moment.

102. ♔d6 ♔g7 103. ♗c4 ♔f8 104. a6 ♗e6 105. ♗b5 ♔g7 106. ♖c7 ♔f8 107. a7 and Georgiev resigned. A long battle which sums up the style of Naiditsch in these events. He had no fear of endgames and didn't take more risks than required but thanks to his enormous practical strength and technique he managed to win a lot of games. It wasn't exactly spectacular, but it was certainly effective!