Maxime Vachier-Lagrave's manager Laurent Vérat today appealed to the Russian Chess Federation to consider giving the wild card in the 2020 Candidates Tournament to the French no. 1, "the most obvious sporting choice", or to arrange a match between MVL and 22-year-old Kirill Alekseenko. It seems the appeal is destined to fail, since even before it was published Russian Chess Federation President Andrey Filatov confirmed that Kirill would be the third Russian participant in the Candidates. 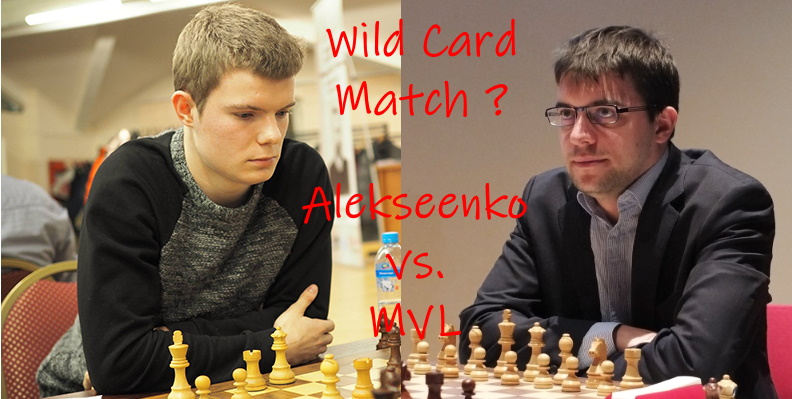 Ian Nepomniachtchi's victory yesterday over Wei Yi meant that he clinched qualification for the Candidates Tournament by finishing in overall second in the series, behind fellow Russian Alexander Grischuk. There was no controversy there, but the fate of the one remaining wild card spot in the tournament wasn't immediately clear.

Today that led to an open letter from Maxime Vachier-Lagrave's manager:

Qualification for the Candidates Tournament to be held in Yekaterinburg, March 2020, concluded yesterday in Jerusalem. Congratulations to Ian Nepomniatchi for winning the tournament, and for taking the 7th qualifying spot. The 8th and last place will be awarded by the organizers to a player eligible according to FIDE rules ("wild card"); a questionable privilege that we hope will disappear for the next world championship cycle.

On November 11th, in a press conference announcing the Russian international chess events of 2020, the President of the Russian Chess Federation (RCF), Andrei Filatov, had stated that he was pleased with the organization of the Candidates Tournament in Yekaterinburg, because it "guaranteed the presence of a Russian player".

The situation has changed since then, as Sacha Grischuk and Ian Nepomniatchi both qualified via the FIDE Grand Prix. The RCF could therefore choose to give the wild card to the only eligible Russian player, Kirill Alekseenko, for his third place at the Grand Swiss that took place on the Isle of Man. But on a purely sporting level, it could legitimately pick Maxime Vachier-Lagrave (MVL), three times eligible and first non-qualified player by 2019 average rating, 2019 World Cup, and 2019 FIDE Grand Prix!

Whether it opts for a third Russian player or for the most obvious sporting choice, the RCF remains sovereign in its decisions. However, we suggest it takes into consideration the possibility of organizing a MVL-Alekseenko match in order to earn the wild card spot. It would have the merit of preserving sporting equity and would, I believe, meet the wishes of a vast majority of chess enthusiasts throughout the world.

The letter was published this morning, but even before it circulated the Russian Chess Federation seem to have extinguished any remaining French hopes. RCF President Andrey Filatov is quoted as follows:

I would also like to mention a young grandmaster from Saint Petersburg Kirill Alekseenko, who took the first non-qualifying place in the FIDE Chess.com Grand Swiss. According to the FIDE Regulations, he (the only one from the Russian players) can be nominated by the organizer of the Candidates Tournament. I'd like to thank the head of the Sima-Land company, President of the Sverdlovsk Region Chess Federation Andrey Simanovsky. His company has become the main sponsor of the Candidates Tournament in Yekaterinburg and thanks to it another Russian player got an opportunity to get a wild card.

The Russian original of that article ends "...we got the opportunity to nominate another Russian player for the tournament", so it's not 100% clear if the organiser or the Russian Chess Federation made the decision.

Kirill Alekseenko's performances in the World Cup and Grand Swiss took him into the 2700 club, though it's a curiosity that despite the generally stricter eligibility requirements for wild cards this year (so, for instance, Sergey Karjakin was ineligible) Kirill wouldn't have had a chance of playing in the 2018 Candidates, since his rating has never hit the 2725 required back then. In the end 3rd place in the Grand Swiss, behind the already qualified Fabiano Caruana, was hugely important:

We now know that Nikita Vitiugov, as a fellow Russian, missed out on the Candidates only on tiebreaks, while Maxime Vachier-Lagrave's case is the most dramatic. As his manager notes, he met the wild card eligibility requirements by finishing 3rd in the World Cup, 3rd in the Grand Prix and as not only a member of the Top 10 on average but the next highest rated player after Anish Giri. 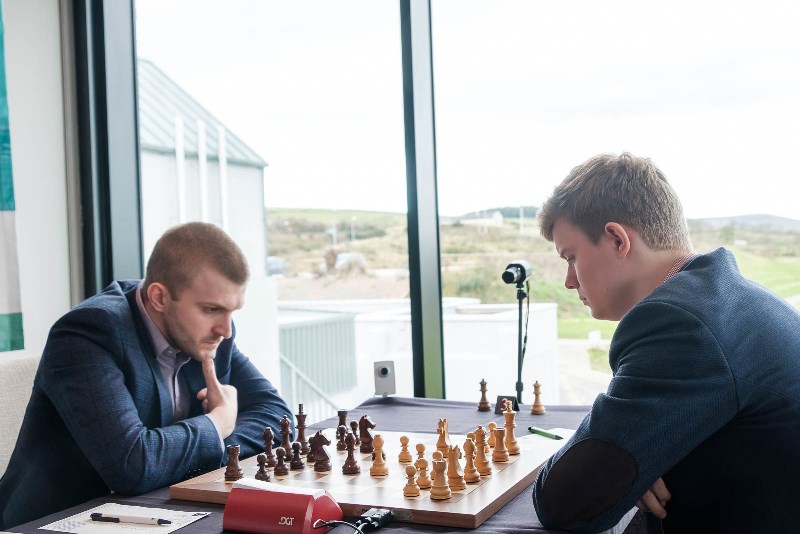 Alekseenko drew against Vitiugov in the final round of the Isle of Man event | photo: John Saunders, official website

Nevertheless, it looks like the wait for Maxime to get a chance to be a World Championship challenger will go on at least another two years, since barring a change of heart from the Russian Chess Federation, or other events...

...the Candidates line-up is now confirmed:

The event is set to take place from the 15th March to the 5th April 2020 in Yekaterinburg, Russia.