Ian Nepomniachtchi will face Alexander Grischuk in the final of the Moscow FIDE Grand Prix after beating Radek Wojtaszek with a win in the fourth tiebreak game of their semifinal match. Before that it was Wojtaszek who was on top, with the Polish player close to winning the first game of the day and then much better at some point in the next two as well. It meant nothing, however, as there was no coming back from a blunder on move 18 of the second 10-minute game. 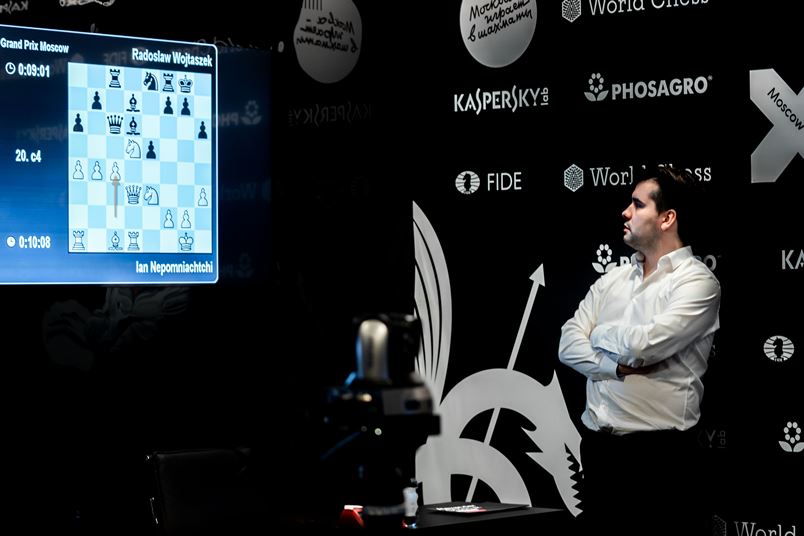 You can replay all the games from Moscow using the selector below:

And here’s the live commentary on the semifinal tiebreaks:

We’re now all set for the final of the 2019 Moscow FIDE Grand Prix, with Alexander Grischuk and Ian Nepomniachtchi commencing battle on Monday after a rest day on Sunday: 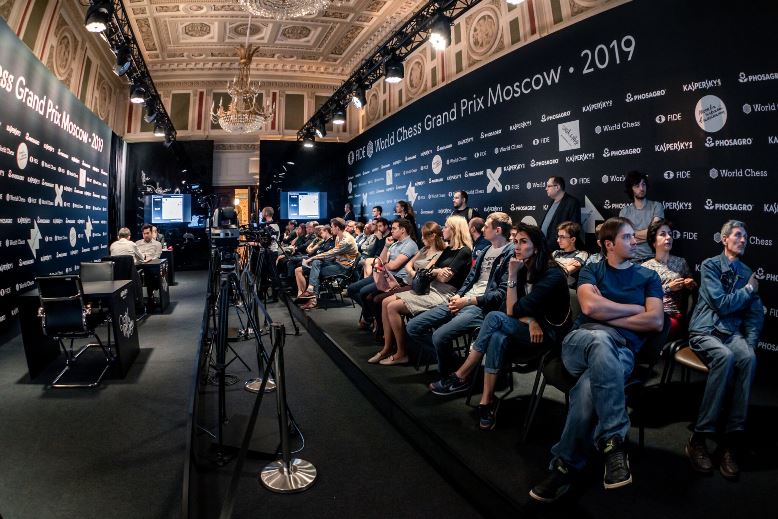 The word that kept returning in the final interview with the players was “luck”, with Nepomniachtchi summing up:

It was extremely tense and obviously I was struggling with Black especially. Somehow I got surprised both times in the opening. I was trying to surprise on my own with White, but I think I was very lucky in the first game because this was more or less lost, I believe, at some point.

23…dxe5!? was an even bolder response, however, allowing White to win an exchange with 24.Bxc6. Computers suggest Radek should have gone for that, but his decision to opt for the ending with 24.Qxe5!? Qxe5 25.fxe5 also came close to paying off. In the end, though, Nepomniachtchi managed to simplify to a position where he had two connected passed pawns for a piece and a draw was agreed. Ian said, “somehow I managed to escape”, with Radek putting the blame squarely on himself:

I should probably convert the first game especially and if you don’t do it then normally it will go against you. I think it was purely about my skills. If I would be stronger obviously I would win the first game.

The second 25-minute game was lit up by one moment: 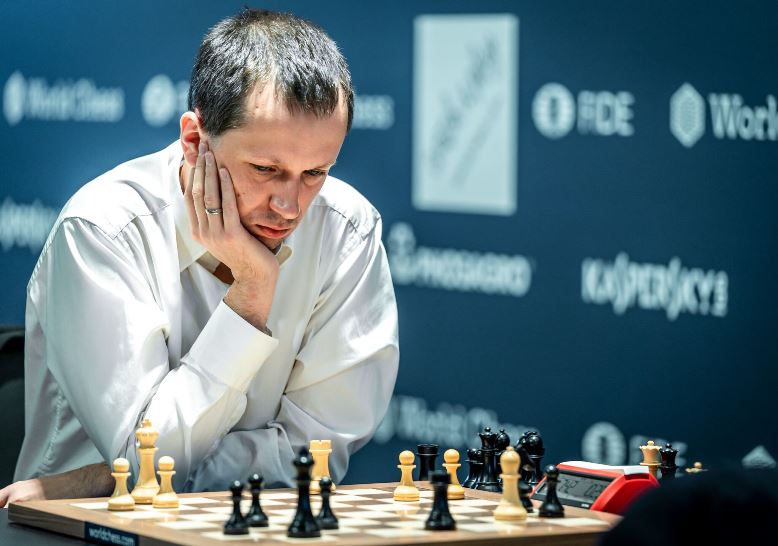 In the first 10-minute game Wojtaszek won a pawn, with Nepomniachtchi admitting he faced, “a lot of work to defend this”, but then after 48 seconds’ thought Radek threw all his advantage away with 39.Kg2?

Nepomniachtchi gratefully accepted the gift with 39…Rxf2+! 40.Kxf2 Bxd4+ and a draw was agreed. 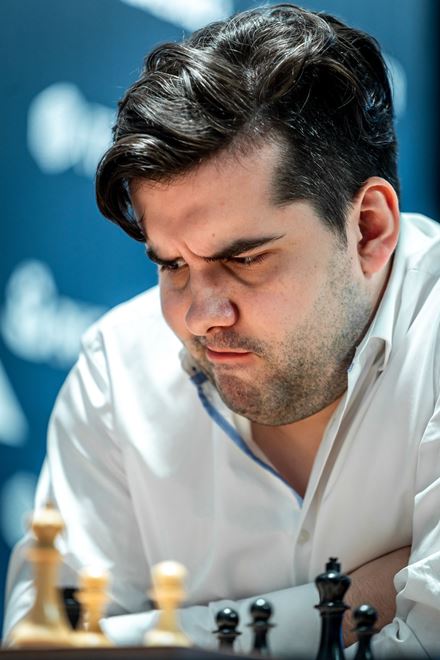 The blunder in that game had only cost winning chances, but it was a bad omen. The same pattern would be repeated in the next game, but this time 18…Bc5??, played after two minutes’ thought, threw away the game and match:

19.b4! Bd6 (the bishop has to defend against the mother of all forks on e7) 20.c4! left Black already completely busted, with Radek only struggling on until move 28 before resigning. 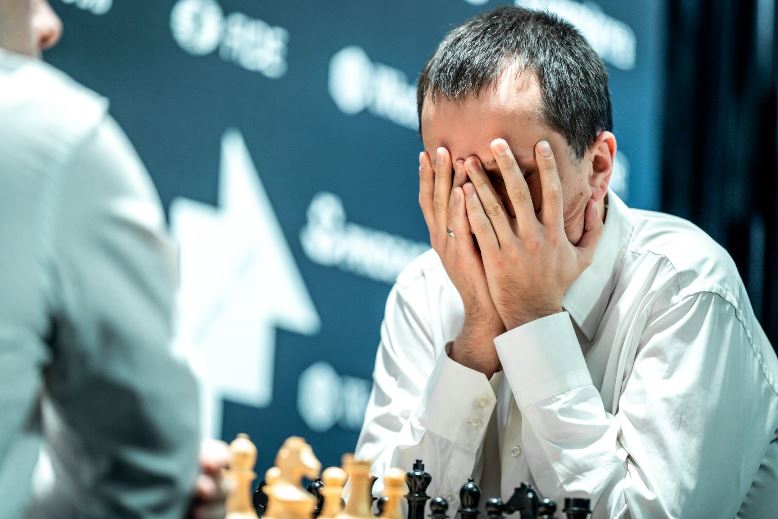 Nepomniachtchi described 18…Bc5 as “like blundering a queen or something”, while Wojtaszek summed things up:

It shouldn’t have happened, of course, but if there are nerves then such mistakes after all happen sometimes. Obviously I am quite upset about what happened, but on the other hand the whole stay here was fantastic and I will also have some good memories.

The big test is still ahead for Nepomniachtchi, who faces an in-form Grischuk in the final. That match starts on Monday and has exactly the same two classical games + potential tiebreaks format. The players’ record against each other couldn’t be more balanced, with two wins apiece in classical chess. 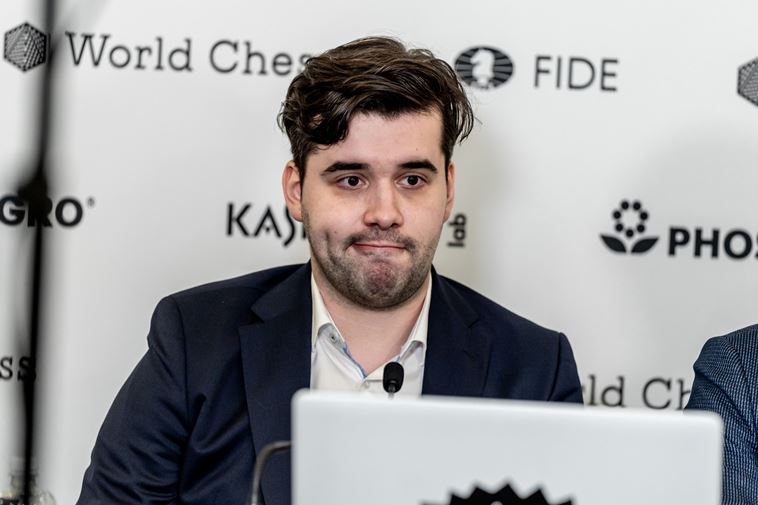 For now, though, Ian’s expectations aren’t primarily about the chess:

To be honest, the [thing I expect most] is some press conference from Alexander after the game, so just to stay near him is already an honour for me!

Watch the post-game interview below:

Tune into the final live from 14:00 CEST on Monday here on chess24! The first and only rest day in Moscow should be much easier to endure since we can watch the second and final day's action in the Lindores Abbey Chess Stars Tournament that features Magnus Carlsen, Vishy Anand, Ding Liren and Sergey Karjakin. Check out all that action here.