A big mistake by Hikaru Nakamura enabled Sergey Karjakin to join Vishy Anand in the lead after Round 2 of the 2016 Candidates Tournament in Moscow. Nakamura commented, "I just lost my mind" after missing a move in a line he'd hoped would relieve the pressure. The remaining games ended peacefully, with Svidler - Topalov a draw in a line of the Berlin that the Bulgarian had analysed almost to the end. Anand showed the necessary precision to avoid any suffering with Black against Aronian, while Caruana was pressing hard against Giri with the white pieces. 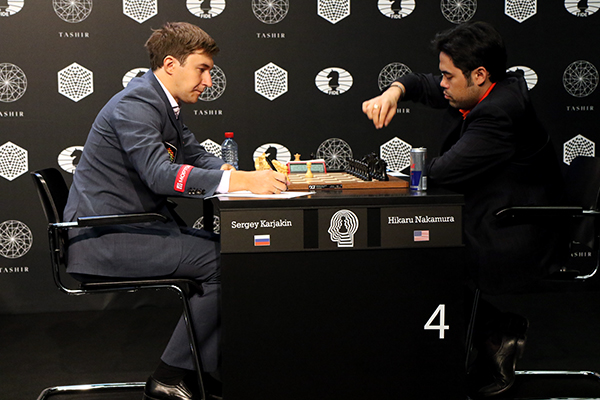 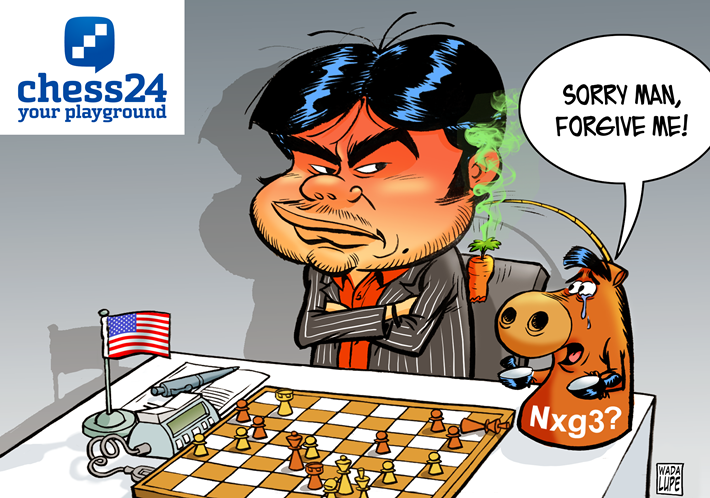 If Nakamura needs a scapegoat...

Moscow may be cold at this time of year, but there's chess fever in the Candidates Tournament. With an event of this calibre and so much at stake it's normal that the tension is palpable in the air and nerves are on edge. We could already see that in the mistakes that occurred in the Round 1 game between Vishy Anand and Veselin Topalov. In the second round it was Nakamura who committed a mistake you would rarely see from a player of his level.

Jan Gustafsson takes a look at where it all went wrong for the US no. 1:

In the press conference afterwards Nakamura was unhappy with his play in general, "basically I played quite badly - I did many things wrong today", but felt he was only slightly worse at the moment when he blundered: "Then I just completely lost my mind". You can watch the players in the post-game press conference below: 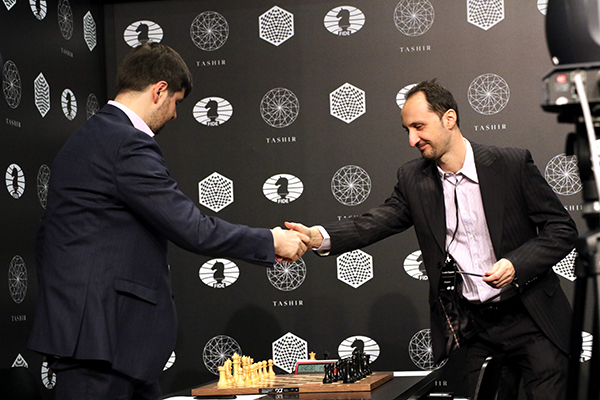 This was the game with the least spice of the day, with the Bulgarian taking a comfortable draw in the Berlin after his loss to the Tiger from Madras the day before.

The position after 23.a4

After 23.a4 by Svidler, Topalov played the precise sequence 23...bxa4 24.Bxa4 Be6!, aiming to put the bishop on the d5-square. After a series of simplifications the game ended in a draw shortly afterwards. 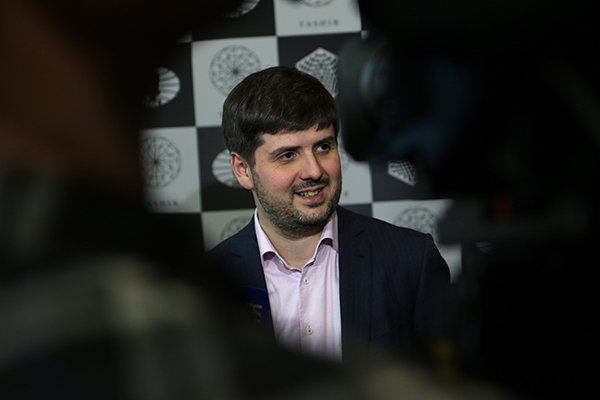 Both players agreed nothing dramatic had taken place. Svidler described it as "a slightly regrettable game for the spectators", but pointed to the events of Round 1:

Veselin is one of the most exciting and fighting players in the world and he lost yesterday – he had a very nice position and lost in time trouble. My hope was that he will do something more exciting than this, basically, it was a bit of a semi-bluff there, but it didn’t work out. This is not the most exciting line against the Berlin…

Topalov switched to Russian to sum things up:

In elite sport often when everything is correct it’s not interesting at all. Today we played a game without mistakes, which I’d prepared almost to the end, and it was completely uninteresting. 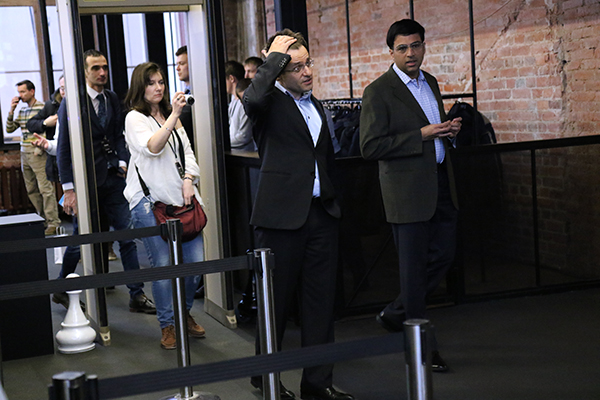 Vishy was very precise with Black and held a draw against the dangerous Armenian no. 1 with few problems - undoubtedly a good result for the ex-World Champion, which keeps him in the tournament lead.

The players were both in good spirits afterwards, with Vladimir Kramnik in the audience making Vishy smile on more than one occasion: 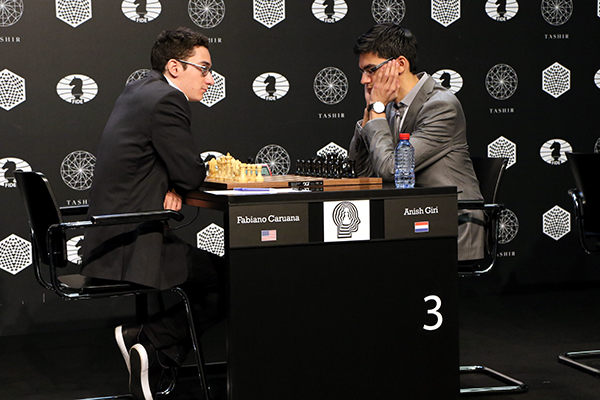 ‌This was a great fight in which Fabiano Caruana always had a slight advantage. His problem was a lack of time. In the key moment the following position was reached:

After 29.Nf5 or even 29.b4, with the idea of playing b5, the black position is troublesome and Giri would have had to demonstrate good defensive resourcefulness (though it should be said that's one of his specialities!). The American instead played 28.Qb5, and after 28...Qxb5 29.Rxb5 Giri looked for counterplay with the exemplary 29...d4!, where the idea is not only for the pawn to run for its life but that in some lines you can put a rook on the d-file and the knight can head for more active squares like d5. Caruana had to stop the pawn and was unable to avoid a draw. 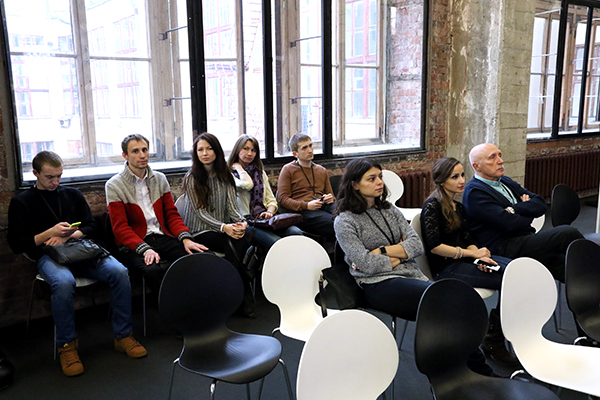 Sopiko Guramishvili and Vladimir Tukmakov can be satisfied with the start of their guy Giri | photo: Eteri Kublashvili, Russian Chess Federation

So after two rounds the top two places look just as they did after the end of the 2014 Candidates Tournament in Khanty-Mansiysk:

The action continues at 13:00 CET for Round 3, before the players take their first rest day on Monday. Follow all the action here on chess24, with commentary by Pepe Cuenca and Anna Rudolf. Jan Gustafsson may make a guest appearance, while later in the event the likes of Loek van Wely will join the show.