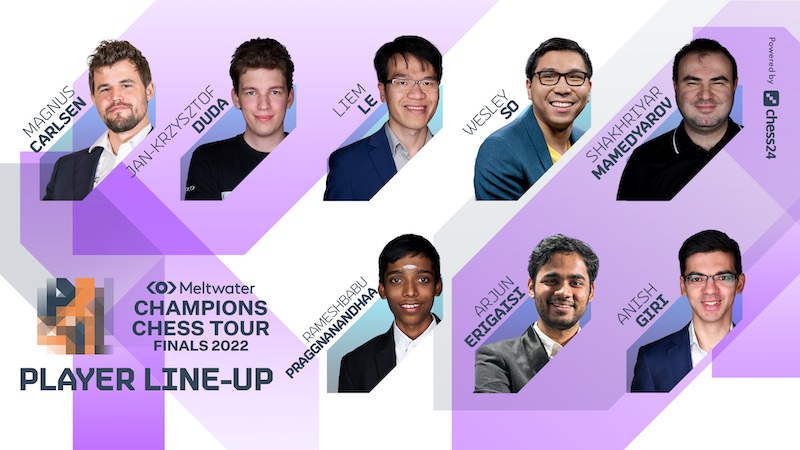 Since 2021 the Champions Chess Tour has been sponsored by San Francisco-based social and media intelligence provider Meltwater. The hope of ending the 2021 Tour in San Francisco was thwarted by the pandemic, but in 2022 four of the world’s top chess players will be competing from SHACK15, located within the iconic Ferry Building. 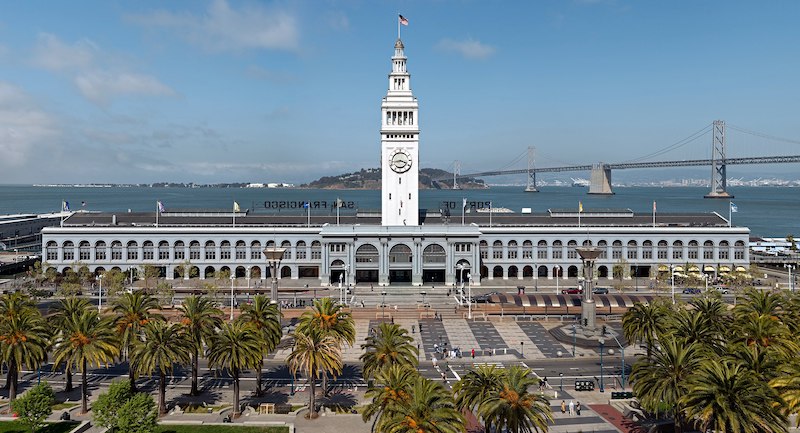 World Champion Magnus Carlsen, who has already clinched overall victory in the Tour, will be joined by Dutch no. 1 Anish Giri, 17-year-old Indian superstar Praggnanandhaa, and 3-time US Champion Wesley So, who makes his first appearance on the 2022 Tour.

The San Francisco event, the third Major after the Oslo Esports Cup in Norway and the FTX Crypto Cup in Miami, will bring the 2022 Meltwater Champions Chess Tour to a close. 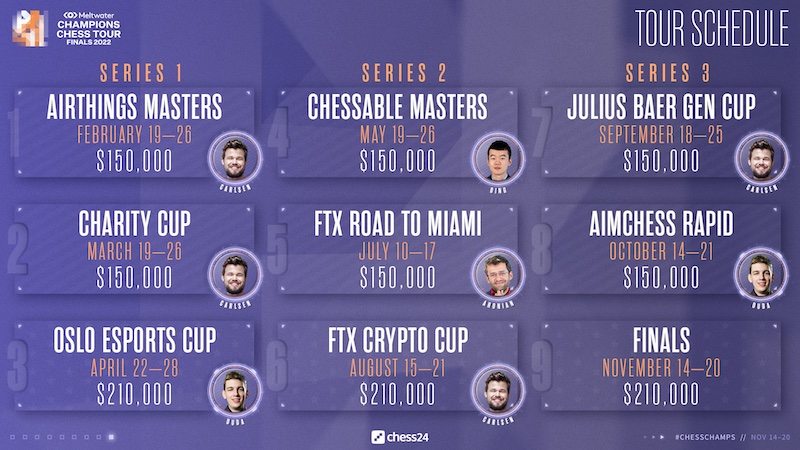 Magnus Carlsen is looking to win his 5th event, Jan-Krzysztof Duda could make it a 3rd, including two Majors, while the other participants are hunting their first win.

7 of the Top 10 Tour earners play, with wild card Wesley So making his debut on this year's Tour. 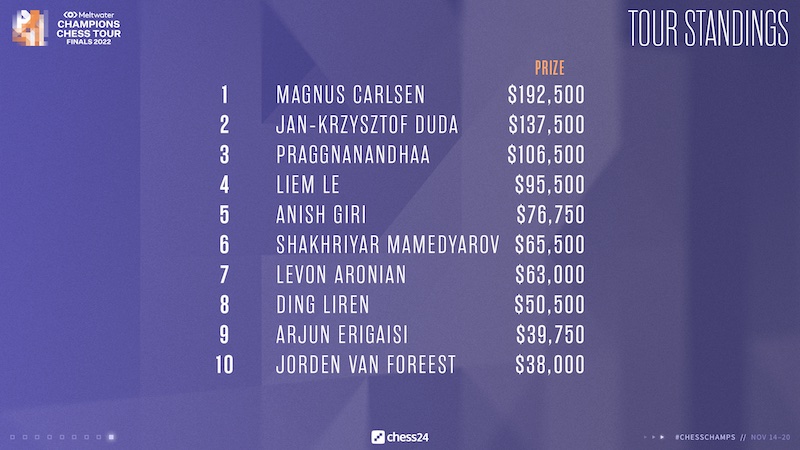 As in the other Majors, the players will face each other in 4-game 15-minute + 10-second increment rapid chess matches held over the course of a week. 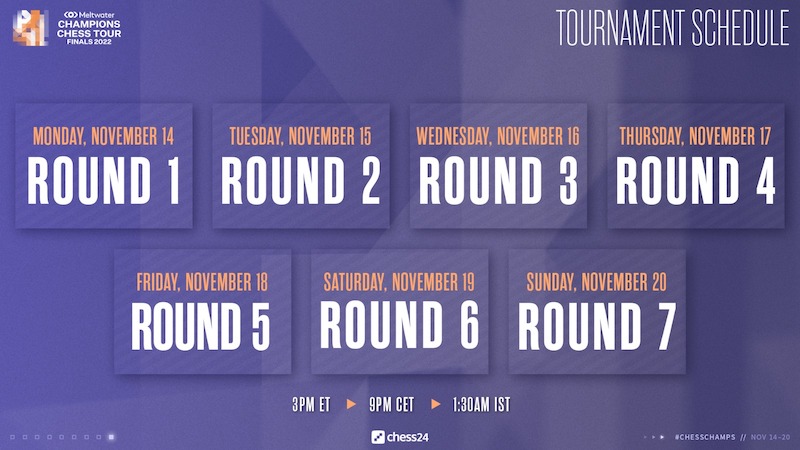 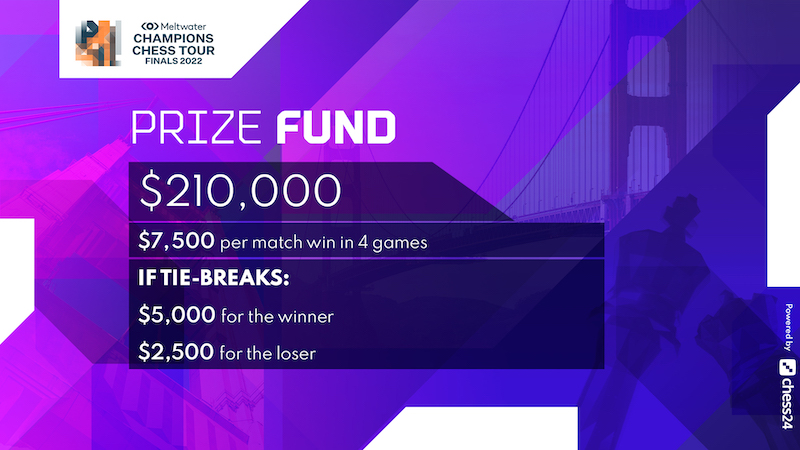 We are excited to see the second season of the Meltwater Champions Chess Tour culminate in the Tour Finals in San Francisco with our title partner Meltwater. This year the Tour has taken major strides in becoming the leading annual circuit in online chess, and we are proud to have many more fans, players and partners become part of the Tour’s journey throughout the season.

The Meltwater Champions Chess Tour has been a historic series, in terms of viewership, engagement and social interactions. The Tour has visited Oslo, Miami and now San Francisco, bringing the world's best players to a truly global market. At Meltwater, innovation is at the core of everything we do, and it has been a privilege to collaborate with Play Magnus Group as they continue to drive digital transformation in chess. The recent Leaders In Sport Award is a reflection of a truly collaborative and inclusive partnership between PMG and Meltwater.

Every minute of the tournament will once again be broadcast live, with commentary from our Oslo team of David Howell, Kaja Snare, Jovanka Houska and Simon Williams. 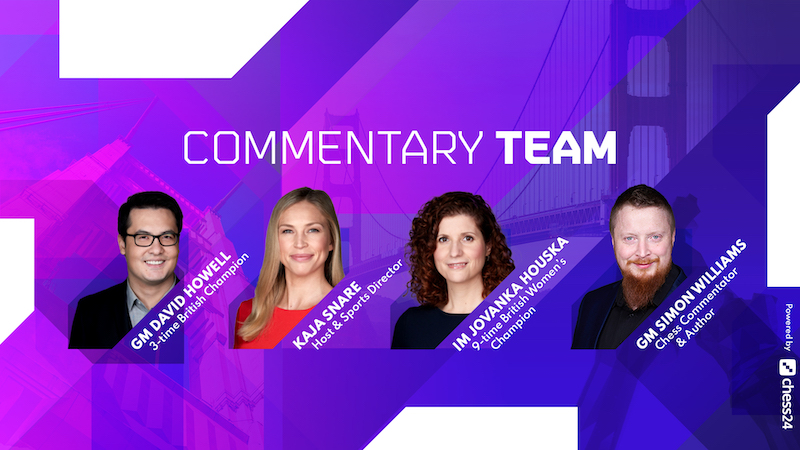 You can also watch Peter Leko and guests. 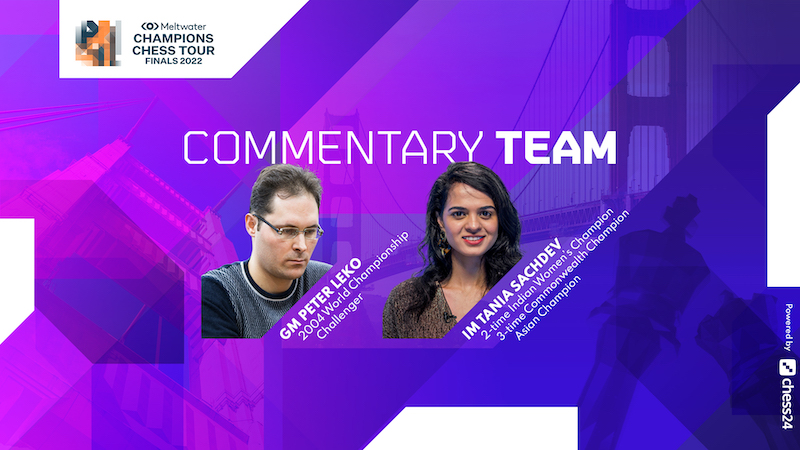 Tania Sachdev will be in San Francisco to interview the players.