Magnus is back for the St. Louis Rapid & Blitz

Magnus Carlsen has Black against Ding Liren as the Grand Chess Tour resumes today in St. Louis. The 5-day rapid and blitz event will be a warm-up for the 11-round Sinquefield Cup that starts shortly afterwards, though MVL will be looking to build on his success in Paris, while this is the one chance for wild cards Leinier Dominguez, Yu Yangyi and Richard Rapport to steal some Grand Chess Tour glory. At the opening ceremony Rex Sinquefield revealed that since last weekend Dominguez is now resident in St. Louis. 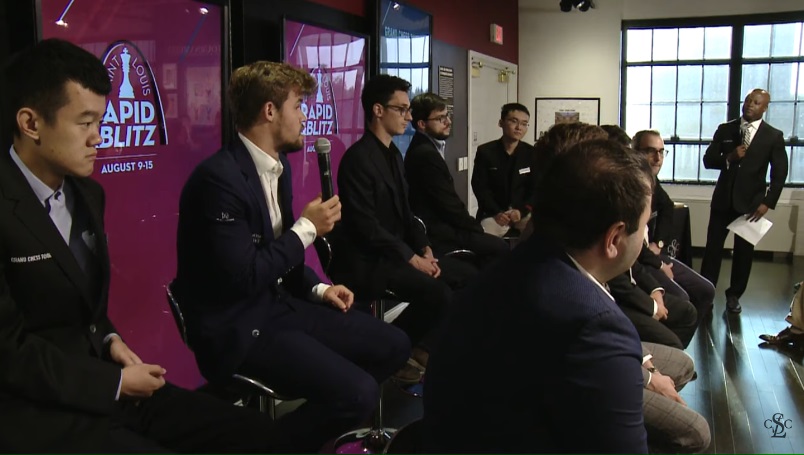 Magnus was asked how people can beat him... | screenshot: Grand Chess Tour YouTube

In the 2019 Grand Chess Tour the 12 regular tour players all compete in the classical Croatia Grand Chess Tour and soon the Sinquefield Cup, while they choose three of the five rapid and blitz events. That means five of the regular players are absent for each speed chess event, and in this case:
Wesley So, Ian Nepomniachtchi, Hikaru Nakamura, Vishy Anand and Anish Giri. That’s some serious rapid and blitz firepower missing, but Magnus Carlsen is back and, as you can see from the pairings, it’s once again an incredibly strong event: 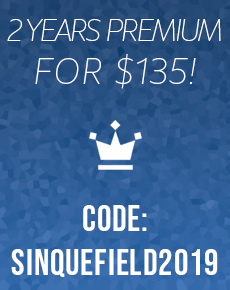 The tournament format is the familiar one we most recently saw in Paris of three days of 25-min + 10-sec delay rapid chess (9 rounds), followed by two days of 5+3 blitz (18 rounds). This time there’s no rest day, and the games start at 13:00 local time, or 20:00 CEST. Yasser Seirawan is back to join Jennifer Shahade and Maurice Ashley for English live commentary, while here at chess24 Jan Gustafsson will be joined by Robert Rabiega in German while David Martínez will be spearheading our Spanish commentary.

There are also a couple of offers you can take advantage of to get chess24 Premium during the tournament. Buy 1 month get 1 month free using the voucher code 2FOR1, or get a 2-year membership for just $135 using the code SINQUEFIELD2019.

Premium enhances the experience of watching events, with cloud analysis of any move you make on the board, unlimited database and opening tree access, no ads and more. Of course you also have unlimited access to all our exclusive video series! Go Premium here.

The Opening Ceremony of the 2019 St. Louis Rapid and Blitz took place on Friday evening in the World Chess Hall of Fame, and you can watch it below:

Given the way the first half of the year has gone, with Magnus Carlsen winning all seven tournaments he’s played, it’s become less of a serious question than ever to ask who’s the favourite. Maurice Ashley instead asked all of the players how they could stop Magnus Carlsen:

First I have to survive my own game against him - last time I lost to him with the white pieces, so I have to do better – and then it’s none of my business!

The punch-line here is that shortly afterwards it turned out that Ding would have White against Magnus in the very first round.

I don’t think about it. First I think how to stop Fabiano, and after Magnus, but of course he plays very well, a very good year, but let’s not forget he lost the last game to me! He’s the best and we will try. We say every time before the tournament we will try, but it’s not helping, but I hope this time.

He had a fantastic year, there’s really nothing to say. My answer might be primitive, but we should play well. 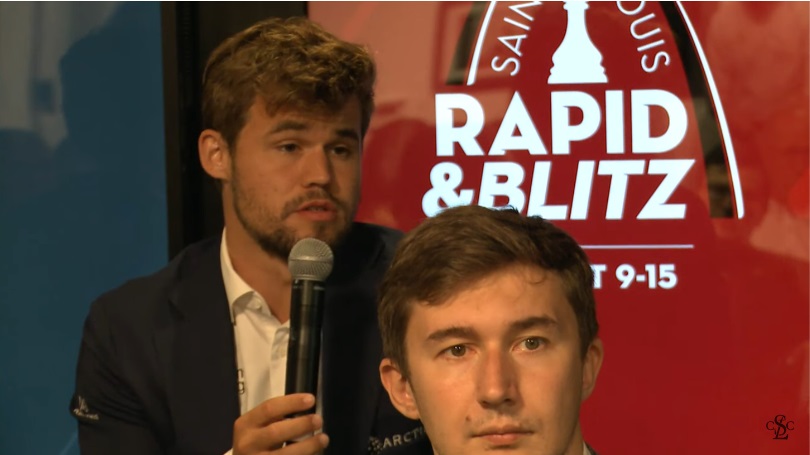 Sergey knows better than most how tough an opponent Magnus can be | screenshot: Grand Chess Tour YouTube

I don’t think it’s so much about stopping somebody, but just achieving more points than the person. You have to concentrate on scoring more points rather than looking at somebody else. 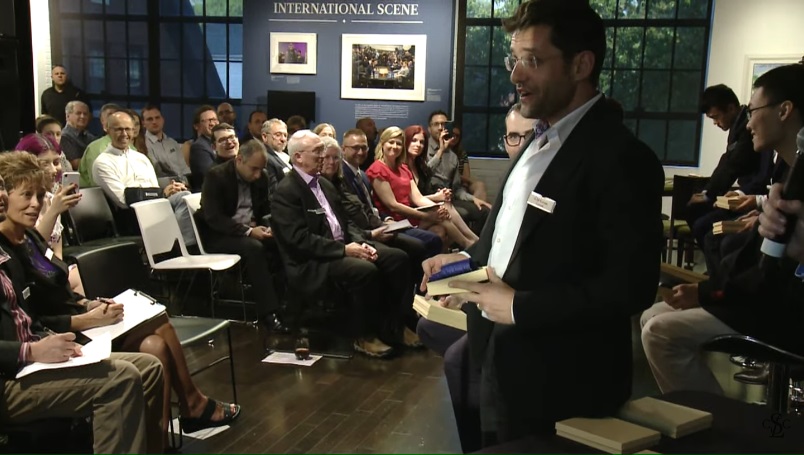 I think if we would know the answer things would have been different the first part of the year. Probably it takes some good moves, but you have to do it consistently and unfortunately it’s not so easy.

The only way I know how to win a tournament is to lose 100 points in blitz!

Maxime of course lost 100 rating points on the way to winning the Paris Grand Chess Tour. He recently blogged about that and other events and also explained, for instance, why he won't be playing in the Grand Swiss later this year:

Yeah, it’s difficult to follow up after seven grandmasters, but I think it’s sort of a mistake to only think about one player and forget about everybody else. Anyone here can win the tournament.

Finally Magnus Carlsen was asked the same question about beating himself!

I think a lot of wise things have been said and I think every tournament has its own life. I think it’s an advantage of having had a good run of success recently, it makes you more comfortable, more confident and also maybe your opponents less comfortable and less confident, so I think there are advantages to it, but most of all you have to play well, and I think once I start playing poorly again people will smell blood, so it won’t be easy.

The one player missing from the line-up was Richard Rapport, whose flight was delayed, but the Hungarian star should be back when the action begins. The curiosity was that with the randomly picked pairing numbers it turned out that he was left with no. 10 for both the rapid and the blitz! 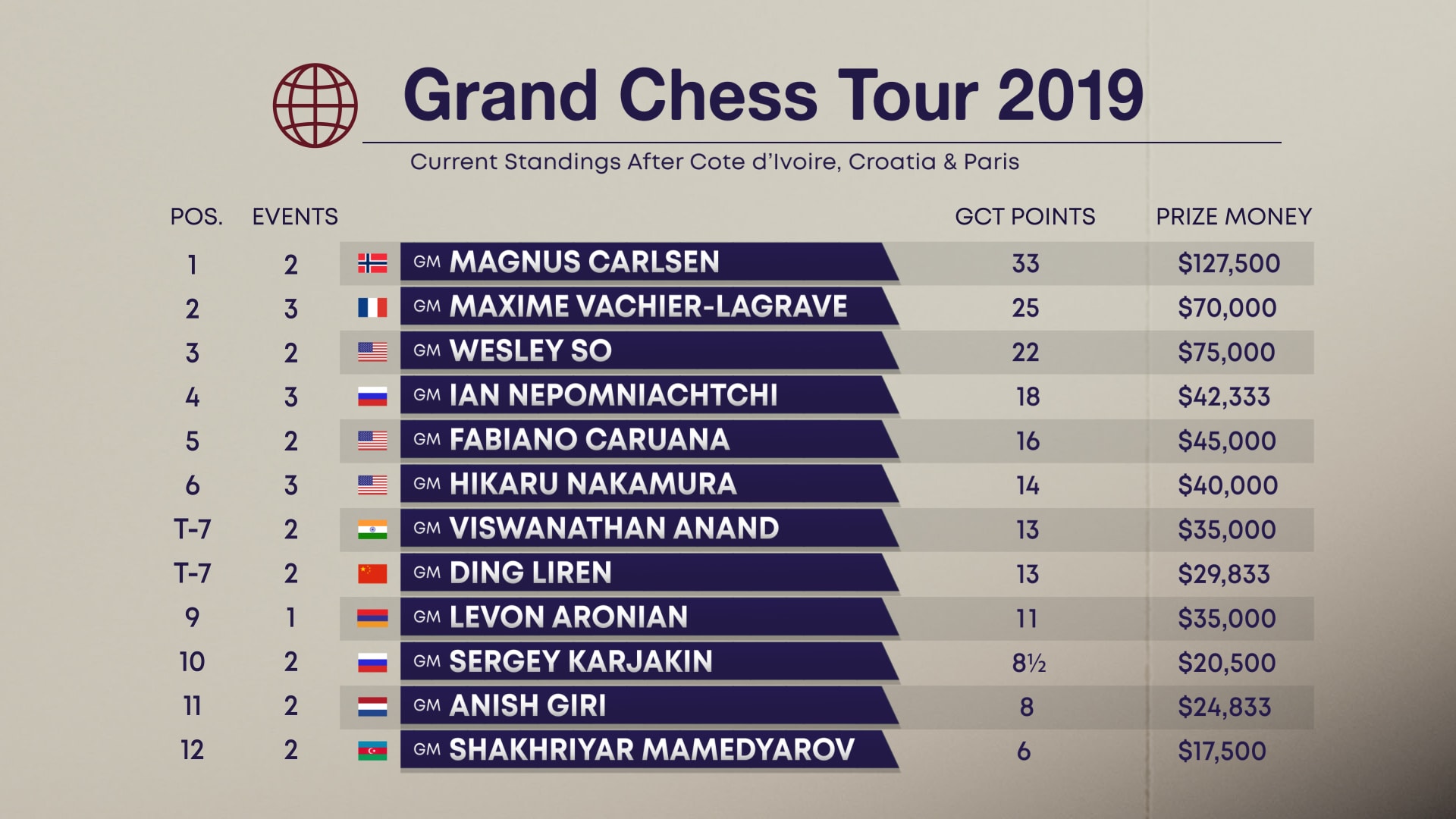 The good news for those hoping to topple Magnus is that he was given the toughest possible start in rapid, with three Blacks in the first four games: 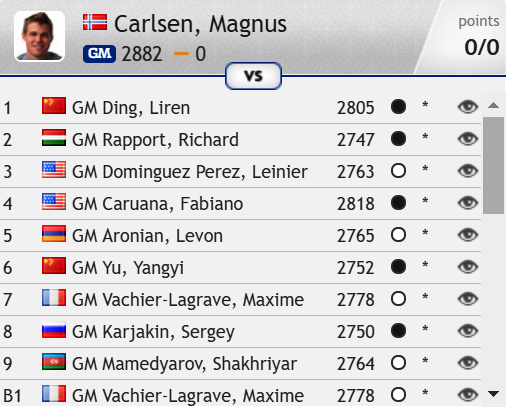