Magnus Carlsen vs. Wesley So in San Francisco

Tour Winner Magnus Carlsen will take on Global Chess Champion Wesley So as the final event of the 2022 Meltwater Champions Chess Tour begins in San Francisco today. We’ll also have Duda vs. Arjun Erigaisi, Praggnanandhaa vs. Mamedyarov and Le vs. Giri as play begins at 12pm in San Francisco (3pm ET, 21:00 CEST, 01:30 IST). 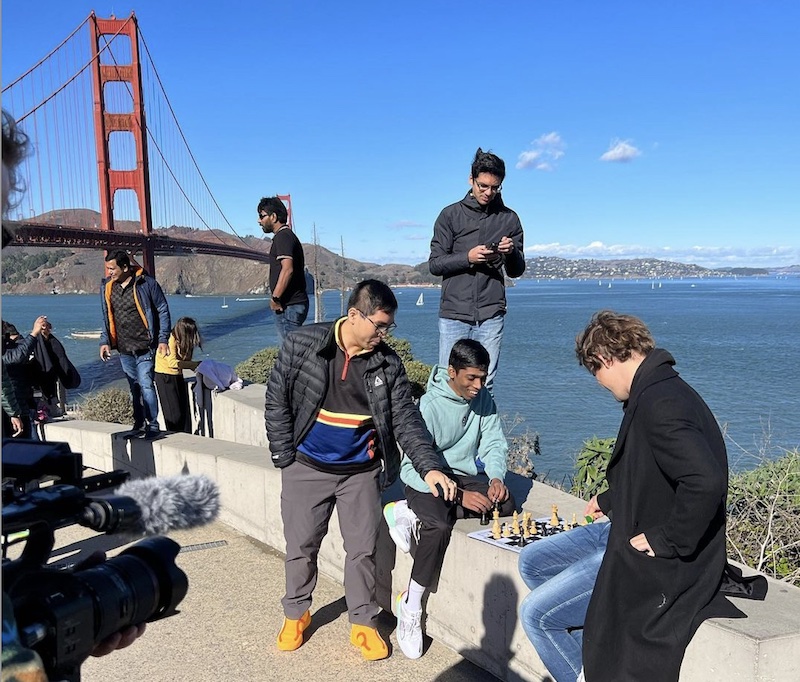 Wesley So, Anish Giri, Praggnanandhaa and Magnus Carlsen near the Golden Gate Bridge

The $1.6 million Meltwater Champions Chess Tour concludes this week, from Monday 14th November to Sunday 20th, with the 3rd and final Major. It’s an 8-player all-play-all tournament, with the players competing in a 4-game rapid match each day. Here are the Round 1 pairings.

The stand-out match is Carlsen-So, and not just because both players will be playing in SHACK15 in the San Francisco Ferry Building.

3-time US Champion Wesley So was World Champion Magnus Carlsen’s biggest rival for most of the 2021 Tour, but decided to focus more on over-the-board chess in 2022.

Nevertheless, Wesley recently overcame Dmitry Andreikin, Hikaru Nakamura and Nihal Sarin to win the $200,000 top prize in the Chess.com Global Championship. Magnus has earned $192,500 so far on the Meltwater Champions Chess Tour… so if he wins on Monday in rapid chess he’ll pick up $7,500 and match that $200,000 exactly. Of course an in-form Wesley So might have something to say about that! 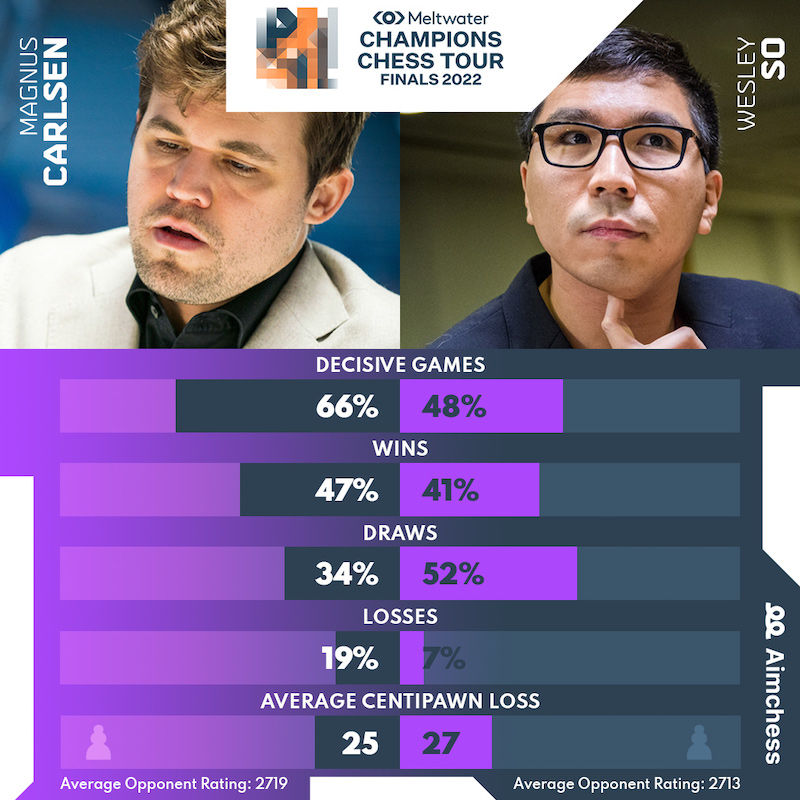 Elsewhere we’ll also have intense rivalries. US-based Vietnamese no. 1 Liem Le has beaten Dutch no. 1 Anish Giri 2.5:0.5 in both previous Majors, in Oslo and Miami, and will be out to try and score an incredible hat-trick.

17-year-old Indian prodigy Praggnanandhaa also beat Azerbaijan’s Shakhriyar Mamedyarov 2.5:0.5 in the Oslo Esports Cup, but Shakh was in top form in the last event on the Tour, the Aimchess Rapid, as he reached the final.

The player who beat Shakh in that final was Tour no. 2 and Polish no. 1 Jan-Krzysztof Duda, who knocked out Magnus in the semi-final and has picked up $137,500 so far. He faces a formidable opponent, however, in 19-year-old Indian star Arjun Erigaisi, who reached the final of the Julius Baer Generation Cup. Both players will feel they can win the whole event if they get off to a good start. 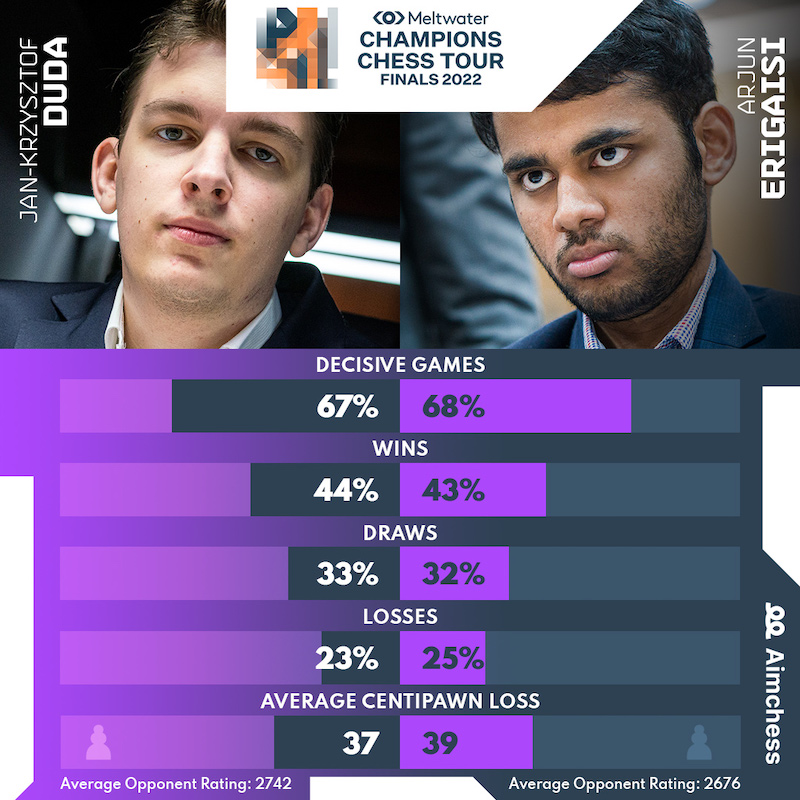 In the days running up to the tournament the four players in San Francisco — Magnus Carlsen, Wesley So, Anish Giri and Praggnanandhaa — have been touring the city. We’ll see much more during the live broadcasts, including the players at the famous Chess Club of the Mechanics’ Institute, founded in 1854…

…and the iconic Golden Gate Bridge. 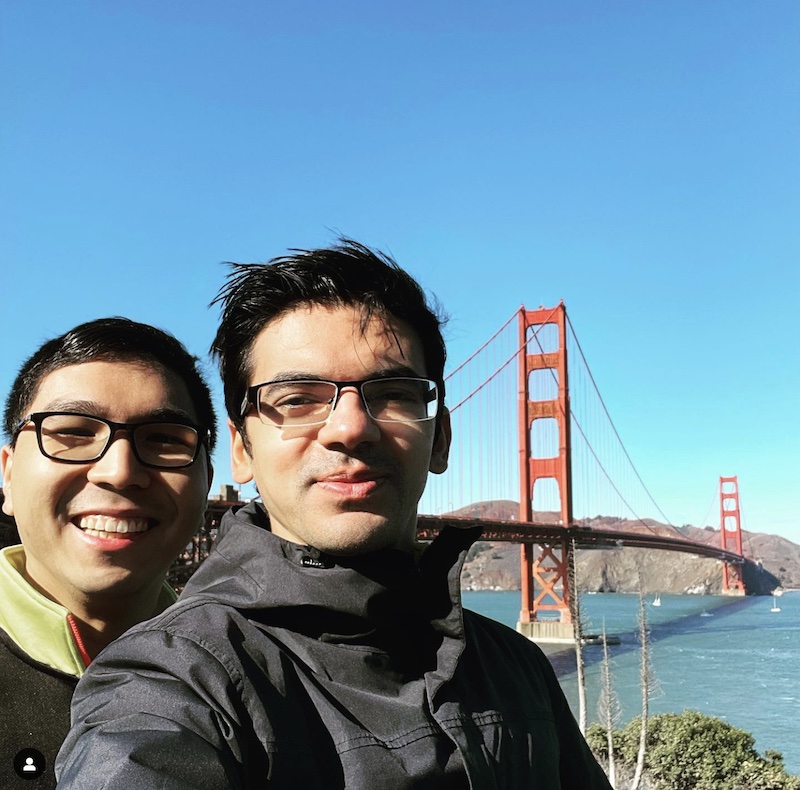 The Bay Bridge is also a famous landmark and will be directly in front of the players as they compete in SHACK15 within the Ferry Building — or look out the window of their hotel! 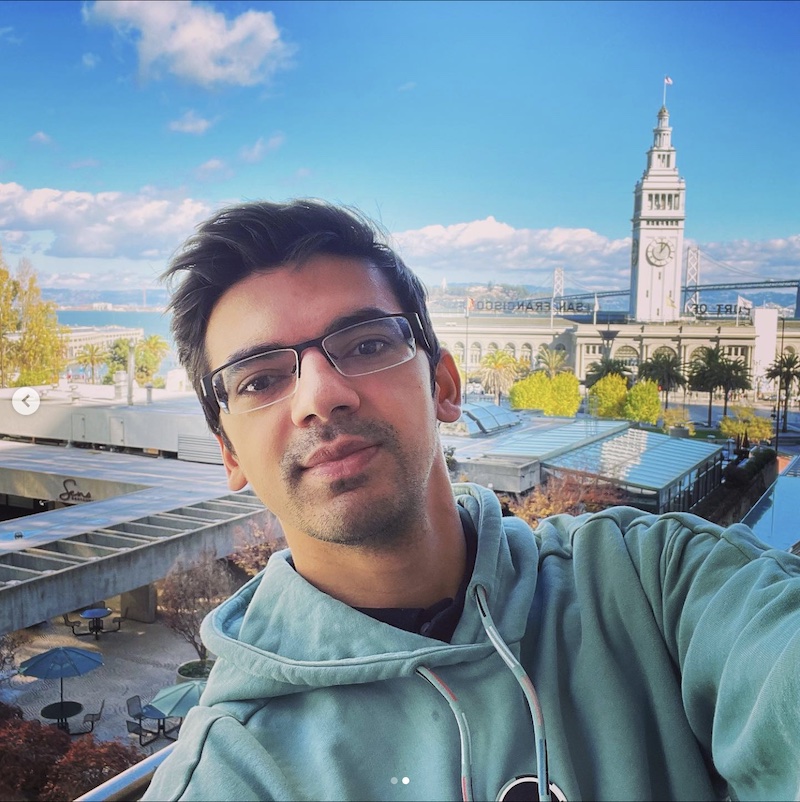 No photobombing on this selfie | photo: Anish Giri's Instagram

The action begins at 12pm in San Francisco, which is 3pm ET, 21:00 CET and 01:30 IST — if Arjun Erigaisi is playing from India it’s going to be tough, although at least he’s on record as saying he’s a night owl. 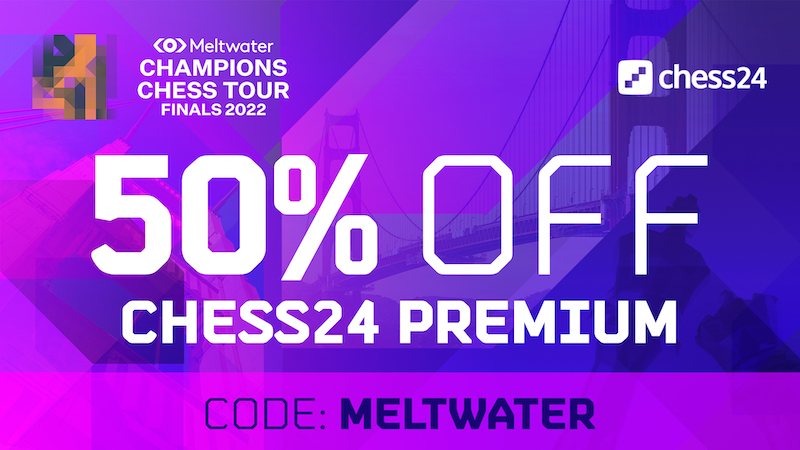 Use the code MELTWATER to get 50% off chess24 Premium membership!

Once again we’ll have live commentary with our Oslo team of Kaja, David, Jovanka and Simon, while Peter Leko will be joined by Rustam Kasimdzhanov. Tania Sachdev is a roving reporter in San Francisco!