Magnus Carlsen on facing Alireza Firouzja in the final: "By far my biggest challenge"

Fasten your seatbelts! Get the popcorn ready. Tonight at 19:00 CEST we're all set for one of the biggest duels of the year in the chess world: Magnus Carlsen will battle it out against Alireza Firouzja on chess24 it what can only be described as the dream final of the Banter Blitz Cup. The World Champion took the opportunity to praise the super-talent and says the match against his 16-year-old opponent will be his toughest challenge yet. 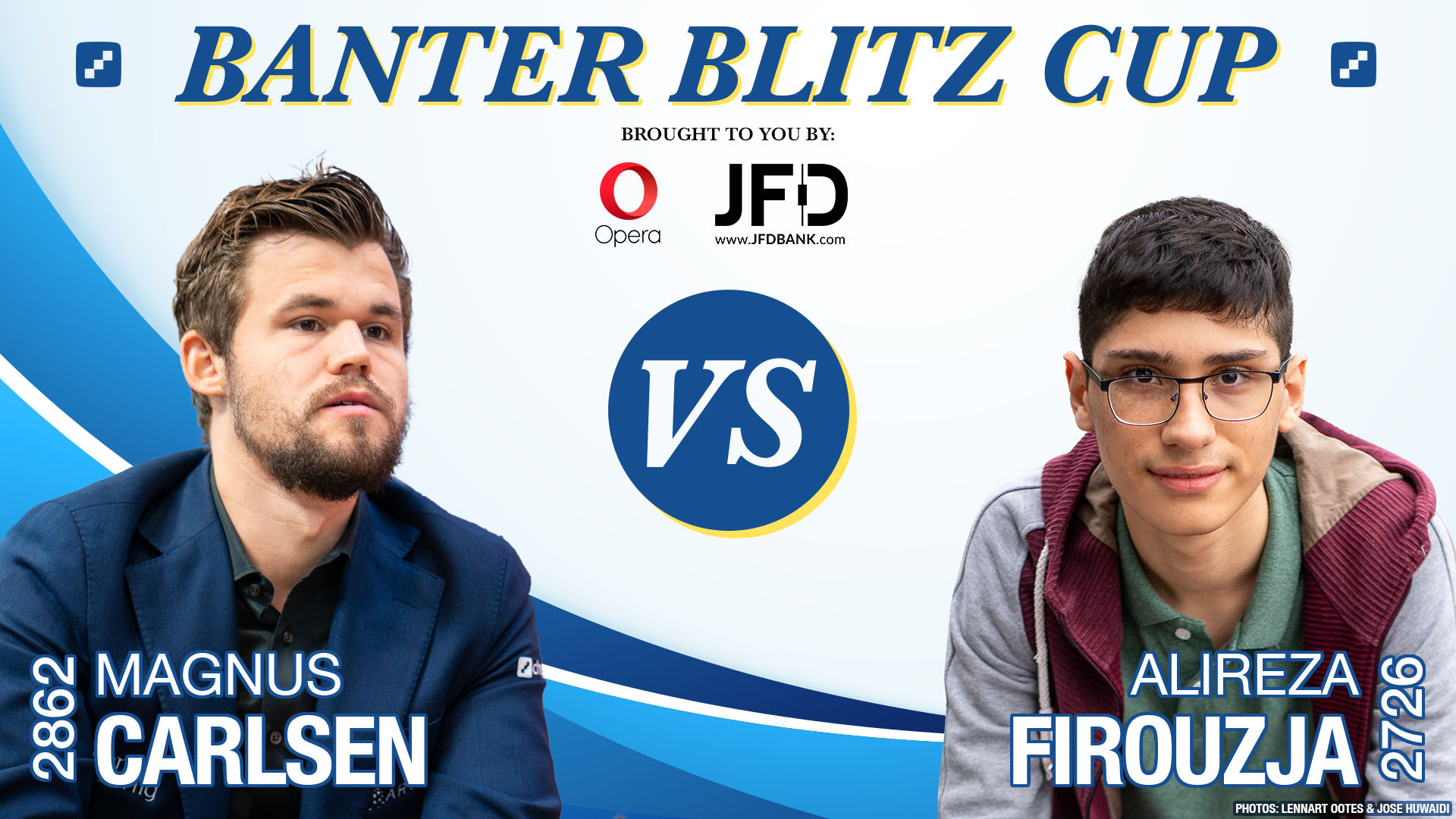 Alireza Firouzja has recently emerged as one of the world's hottest chess players. The 16-year-old, who has now left Iran and settled in France, is already world no. 21 in classical chess and is considered by many a future challenger for Magnus Carlsen. When it comes to speed chess, however, Firouzja stands out right now as one of the world's top players.


On the way to the Banter Blitz Cup final, FantasticStar has racked up some big scores, outclassing most of his opponents:

It's also hard to criticise how MagzyBogues has made it to the final, including an extraordinary 9:0 whitewash in the semi-final:

For now Carlsen has the upper-hand against Firouzja in over-the-board chess, having won all three of their games. It's a different story on the internet, however, with the 16-year-old showing himself to be the World Champion's equal, and even arguably more than that at one-minute bullet games. They recently played a 194-game bullet match at lichess, with Firouzja winning 103.5-90.5.

When asked what he expects from the final, Carlsen told chess24:

Hopefully an exciting match! I think this is by far my biggest challenge of the tournament so far.

The World Champion says he's impressed with what the 16-year-old has shown recently:

I am very impressed with how he's developed and with the quality and courage he's shown when facing the world's best. He is dangerous at all times, but it's especially his very good tactical vision and extreme fighting spirit that make him dangerous.

It's no surprise, then, that Firouzja has been rewarded with an invitation to the Magnus Carlsen Invitational, the $250,000 event which starts on chess24 this Saturday, April 18th. The 16-year-old will face Magnus himself as well as Fabiano Caruana, Anish Giri, Hikaru Nakamura, Ding Liren, Maxime Vachier-Lagrave and Ian Nepomniachtchi. The pairings for the first stage will be decided in the drawing of lots that takes place today at 18:00 CEST, just before the final.

The Banter Blitz Cup began in September 2019 and has featured 133 players competing in 131 matches where both players streamed their thoughts live on chess24. For each game the players have 3 minutes to make all their moves, and it's best of 16 games i.e. the first to reach 8.5 points wins.

And now it's all about to be decided. The winner takes home a prize of $14,000 while the runner-up gets $9,000. The money is hardly what matters most to the Norwegian chess star, however, and he gave the following reply when asked if the match is important preparation for the Magnus Carlsen Invitational:


The match is important in itself! I want to show myself from the best side every time I compete.

You can also find live computer analysis of the games, and replay the previous matches, here.