World Champion Magnus Carlsen faces Jeffery Xiong as the $265,000 Clutch Chess International starts today, Saturday 6th June at 20:00 CEST. The online event, organised by the Saint Louis Chess Club, is an 8-player knockout, with the other quarterfinal matches MVL vs. So, Dominguez vs. Caruana and Grischuk vs. Aronian. Each match consists of 12 games played over two days, with the twist that the final two games each day are “clutch”, played for extra points and prize money. 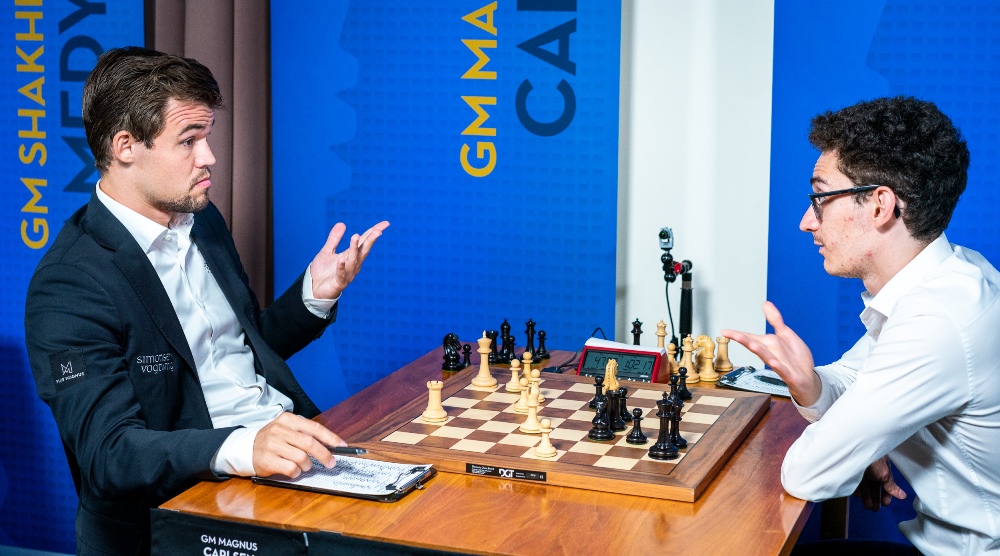 There won't be any shaking of hands, but Magnus Carlsen and Fabiano Caruana could potentially play each other in the final | photo: uschesschamps.com

It’s just one week ago that Wesley So beat Fabiano Caruana in the final to win the four-player US Clutch Chess tournament. Now a new event is being launched, with four US players joined by four international stars. The US players were originally intended to be the same, but Hikaru Nakamura doesn’t play and is replaced alongside So, Caruana and Leinier Dominguez by 19-year-old Jeffery Xiong. The international stars are Magnus Carlsen, Maxime Vachier-Lagrave, Alexander Grischuk and Levon Aronian.

Each match consists of 12 rapid games where each player has 10 minutes for all moves plus a 5-second increment from move one, with six games played each day.

It’s not just about points, since there’s $10,000 of clutch money up for grabs in each match. For Games 5 and 6 a winner gets $2,000, while for Games 11 and 12 it’s $3,000. The prize money also rolls over if the clutch games are drawn, so that the winner of Game 12 could win $10,000 if the previous three clutch games were drawn. If all four clutch games in a match were drawn the whole $10,000 would roll over to the next stage of the tournament, while if the same thing happened in the final the money would be retained by the organisers. 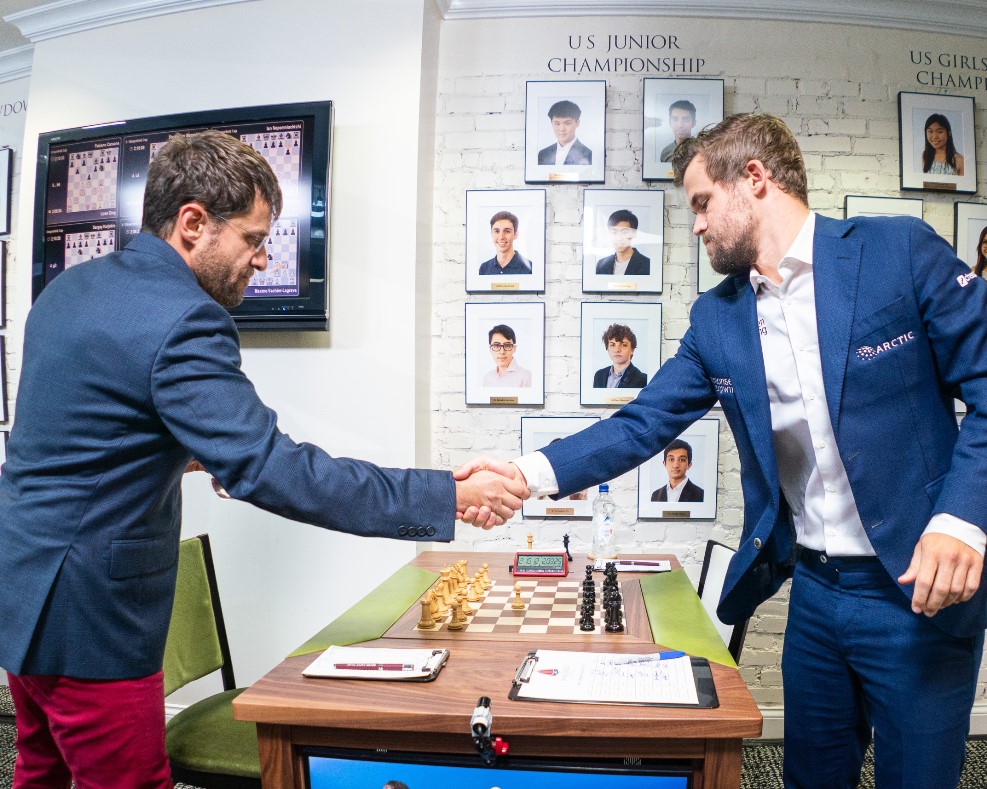 Yasser Seirawan, Jennifer Shahade and Maurice Ashley will be commentating on all the action and you can watch live here on chess24, where we'll also have commentary in other languages.