Magnus Carlsen will be back to play more blitz against chess24 Premium users this Tuesday 16th July at 18:30 CEST. The World Champion ended the last session, “I’ll be back at the board soon in Croatia, trying to play some better chess than I did today” (a mere 14 wins in 15 games), before going on to crush a field of the world’s best chess players in Zagreb. Now it’s your chance to take on the World Chess Champion and highest rated player of all time! 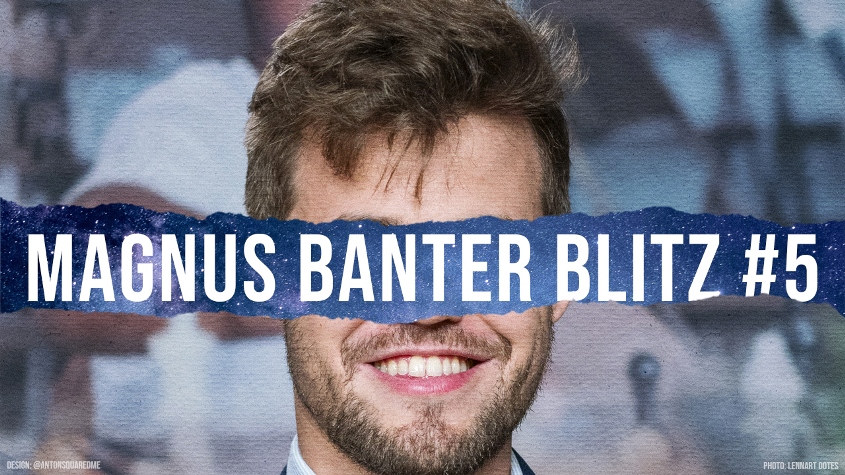 First the practical details. Magnus will be playing from 18:30 CEST (12:30 EDT) on Tuesday 16th July, and to have a chance to play him you need to:

The show is free for everyone to watch, and will be streamed on Twitch, YouTube and Facebook. If you want to see the moves instantly whenever a game starts you can also follow MagzyBogues in the Playzone here. In case you’re still not sure how Banter Blitz works the best way to see is to check out the previous session!

We’ve compiled all the Banter Blitz games so far into one “tournament” with four “rounds”, so you can easily play through all the games with computer analysis (just click on a result below). As you can see, Magnus has now scored a none too shabby 51.5/53:

For convenience, we've also published the games individually on our YouTube channel. All of the games have something either instructive or entertaining (and usually both), but we thought we'd have a quick look at some of the real people behind the chess24 usernames.

A few of Carlsen's opponents were famous. For instance, he played a thrilling game against 20-year-old Grandmaster Jorden van Foreest, who won the Dutch Championship as a 17-year-old in 2016 and missed out this year in a blitz playoff against his younger brother Lucas:

And in the final game of the session Magnus took on two-time French Champion, and a second for all his World Championship matches, Laurent Fressinet (of "too weak, too slow" fame!):

But it's also interesting to learn the identity of some of the amateurs! Magnus noted (his memory isn't so bad...) that he was playing the user "kleopl" for a second time, but it turns out his opponent wasn't the same. In the first game - an entertaining clash where the World Champion blundered something in what was looking like a smooth positional crush - the player was Maciej Świcarz, a 37-year-old Polish chess coach with a peak FIDE rating of 2388. 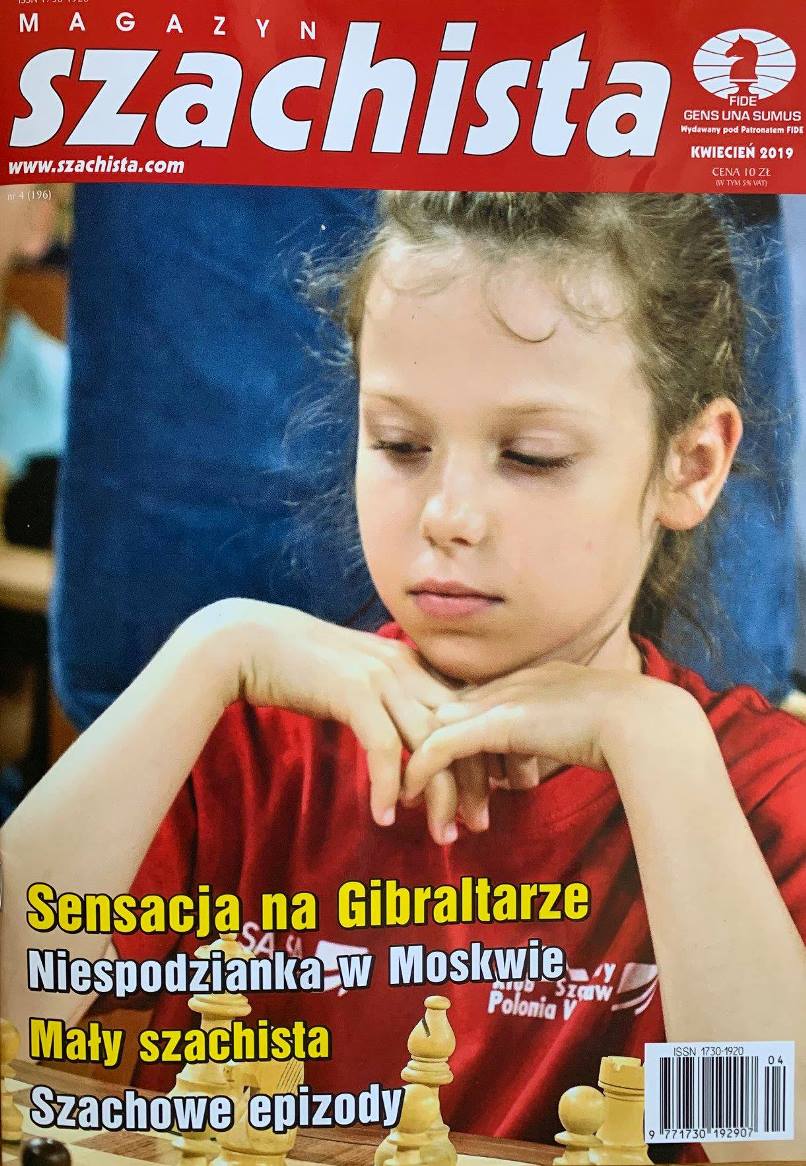 Wiktoria may not have reached Magnus Carlsen levels of fame, but she has featured on the front page of a Polish chess magazine | source: Wiktoria's Facebook page

In the game from the latest session, however, the opponent (according to the Polonia Wroclaw Chess Club Facebook page) was actually one of his students, 9-year-old, 1547-rated CM Wiktoria Śmietańska! Don't let the rating fool you, as that's a higher rating than Magnus had at the same age, and Wiktoria is already a 3-time Polish Under 8 Girls Champion and the current Under 10 Girls Champion. She's higher-rated in rapid and blitz, and considers her greatest achievement so far finishing runner-up in the World Under 8 Girls Rapid Championship in Minsk, Belarus last year (most of her games there were broadcast live on chess24).

A fragment from an interview with Anna Kantane last year makes this an even nicer story:

Anna: Which place would you particularly like to visit?

Wiktoria: I’d most like to visit Norway and meet Magnus Carlsen

Do you have a favourite chess player?

The game featured some moves from Wiktoria than really got Magnus thinking, though in the end it owes its popularity (over 450k views so far) to the impressive way the World Champion accelerated at the end when he suddenly realised he was low on time!

The last game we're going to look at stars 23-year-old 2271-rated German chess player Felix Hampel. His claim to fame? He's done what only Maxime Vachier-Lagrave and Levon Aronian have done in official games this year - beaten Magnus Carlsen! He gave his side of the story in a German article on the pages of the Hannover chess club HSK Lister Turm, including:

Of course he didn’t play his normal repertoire against me, but that also meant that I got an opening advantage. As is typical for games with Carlsen as an opponent my moves didn’t have their usual effect, while Carlsen, via various knight moves to and fro, managed to equalise. Then - oh wonder! - he made a mistake that I exploited perfectly. The win loomed before my eyes, because I knew without doubt that objectively my position was already clearly better.

Not without adventures I ultimately managed to reap the rewards with a clear extra piece in an endgame that I shouldn’t manage to spoil even against the World Champion. It’s not just that you don’t trust yourself against Carlsen, however, and calculate everything two or three times, but also your psychological state can become your opponent. With victory looming large your trembling hand comes into play: I mixed things up, didn’t make the planned move and the advantage was gone.

So it was Plan B: win on time…

Here’s how that went!

You don’t forget such an experience. I’m glad that, compared to some previous Banter Blitz games, I managed to play a largely good game. The hope is that Carlsen is out for revenge, and who knows, maybe I’ll even get a second chance!

Don’t miss your own chance to play Magnus Carlsen!