Magnus Carlsen returns for the Aimchess US Rapid

World Chess Champion Magnus Carlsen is back for the Aimchess US Rapid, the 9th and last event on the $1.6 million Meltwater Champions Chess Tour before September’s Finals. Six players are already confirmed for the Finals, but Vladislav Artemiev, Liem Quang Le, Shakhriyar Mamedyarov and Alireza Firouzja can still book themselves a place at the expense of Maxime Vachier-Lagrave, who plays, and Hikaru Nakamura, who doesn’t. The action starts at 11:00 ET/17:00 CEST/20:30 IST on Saturday, August 28th. 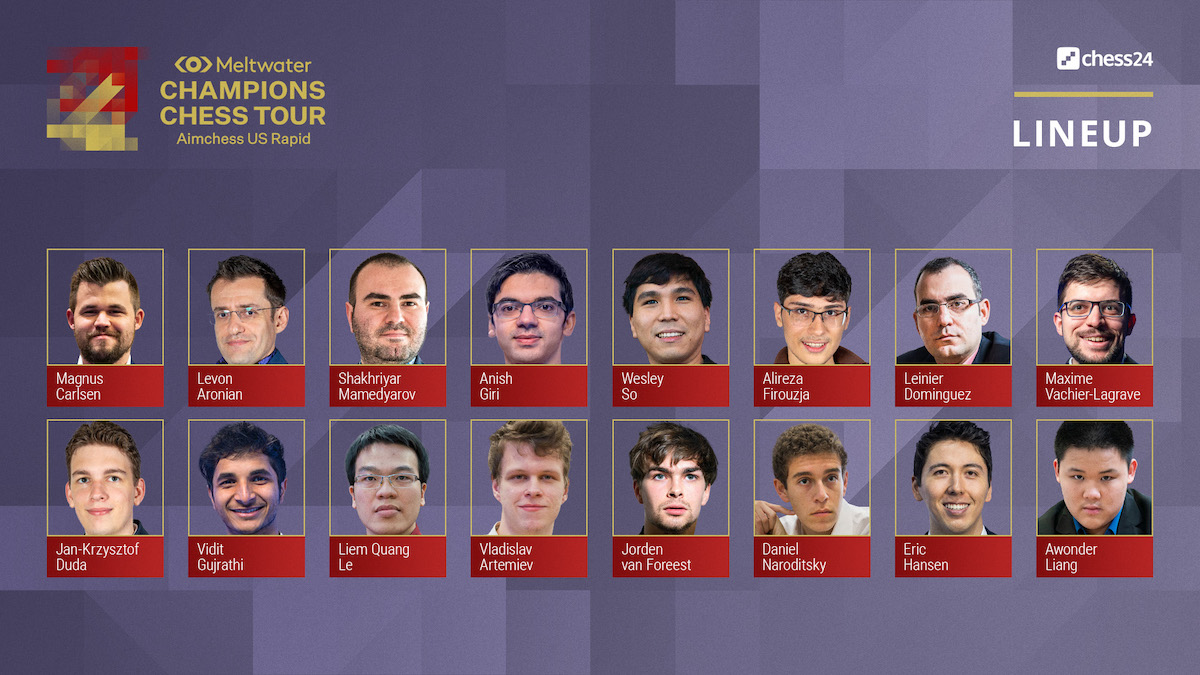 Who plays the Aimchess US Rapid?

The field for the Aimchess US Rapid is topped by World Chess Champion Magnus Carlsen, who skipped a Tour event for the first time on his way to 3rd place in the FIDE World Cup. He’s joined by half the Top 10, the likes of Alireza Firouzja and Maxime Vachier-Lagrave from outside the Top 10, and World Cup winner Jan-Krzysztof Duda.

There are Tour debuts for top streamers Daniel Naroditsky (USA) and Eric Hansen (Canada), while 18-year-old US prodigy Awonder Liang gets a chance as the runner-up in the recent Kramnik Challenge, since Vincent Keymer will play the European Championship instead. Vincent will get a chance next season.

When is the Aimchess US Rapid? 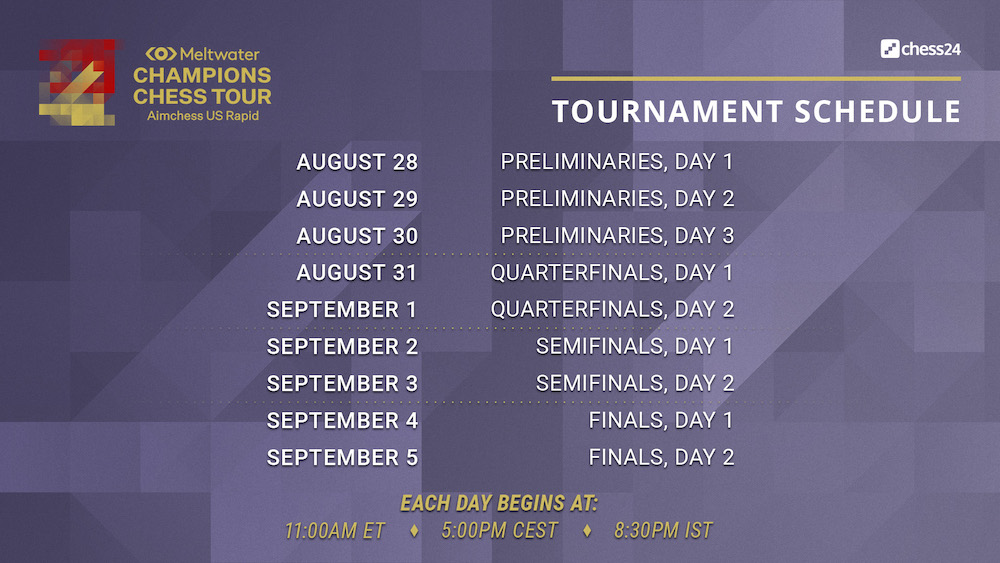 What’s the format of the Aimchess US Rapid?

The games will once again all be played online on the chess24 Playzone with the same 16-player Prelims followed by 8-player Knockout format of the previous events on the tour. 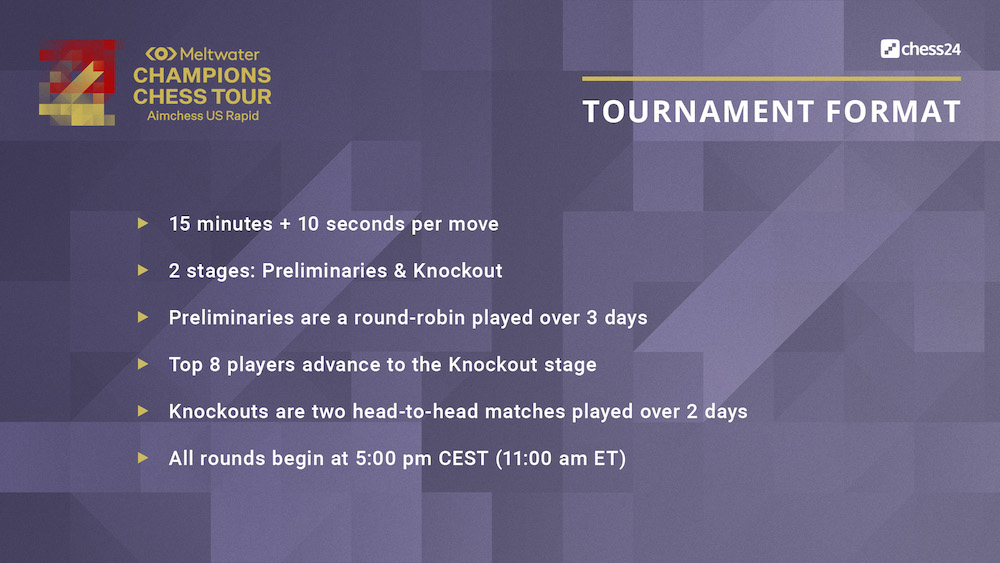 What’s at stake in the Aimchess US Rapid? 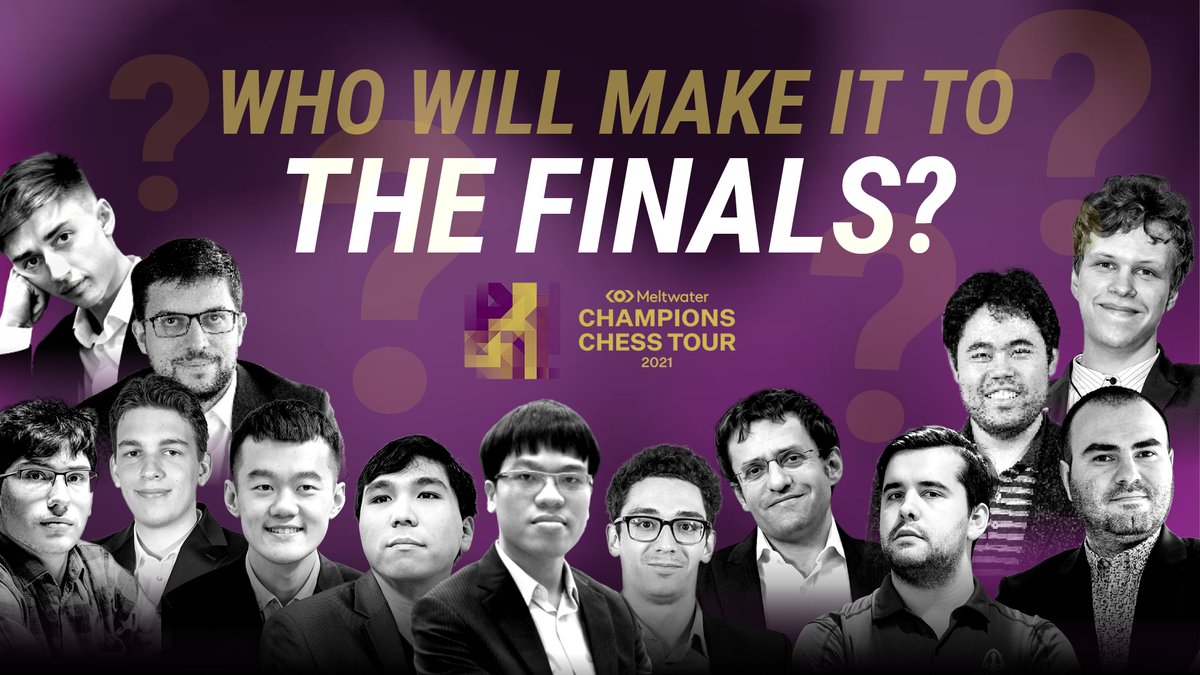 More than usual! As well as the $100,000 prize fund, this is the last regular tour event before the Finals, that are slated to take place from September 25th to October 4th. 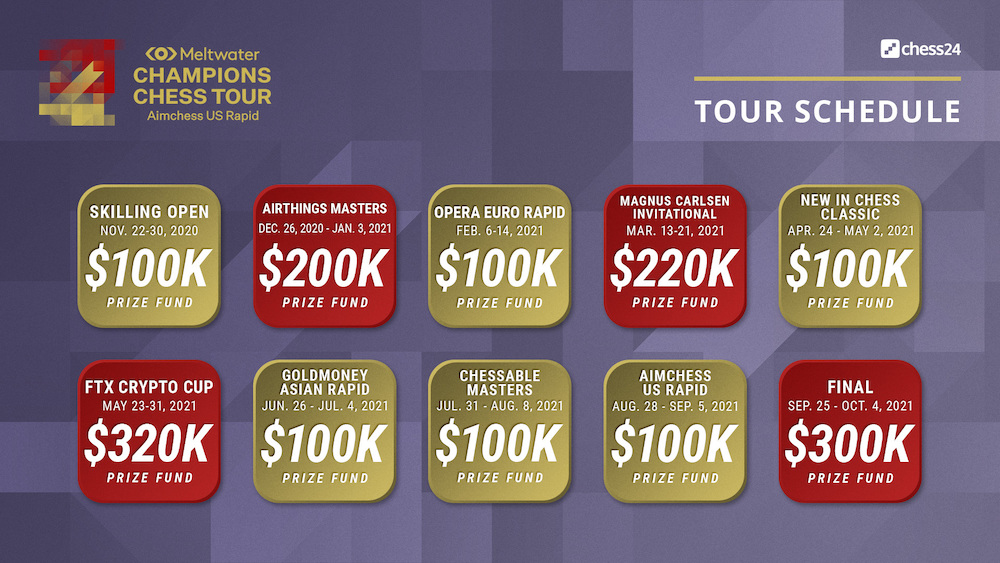 Magnus Carlsen, Teimour Radjabov and Anish Giri qualified immediately for the Finals when they won Tour Majors. Two spots in the 10-player Finals will be given to wildcards, while five more players qualify by points scored. Wesley So, Levon Aronian and Ian Nepomniachtchi are also in as they can no longer be caught. 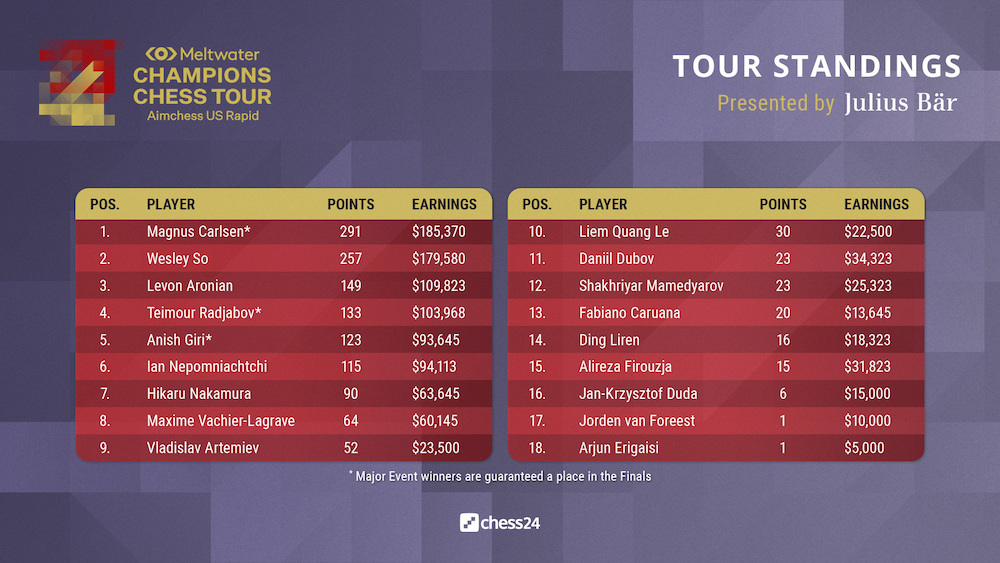 That’s where it gets interesting, however, with the remaining two points-based spots still up for grabs. Hikaru Nakamura and Maxime Vachier-Lagrave are currently in those spots, and while it might seem that Hikaru is safe that’s not quite the case. If Artemiev wins the event and MVL finishes runner-up (and at least 7th in the Prelims) Nakamura would be out. Here are the points on offer. 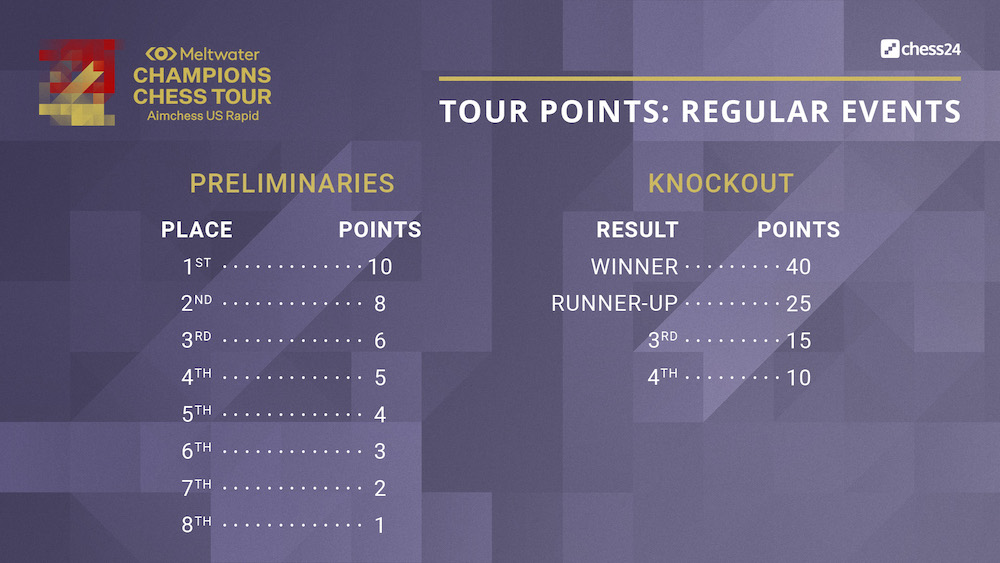 Of course MVL’s situation is much more perilous, as if he doesn’t qualify for the knockout he can be caught by Artemiev, Liem Quang Le, Shakhriyar Mamedyarov and even Alireza Firouzja, who is currently 15th with 15 tour points, but could climb to 65 with a perfect result in the Aimchess US Rapid.

Of course the presence of Magnus Carlsen is one factor that’s going to make anyone else scoring a perfect 50 points tricky, while there’s also intrigue at the very top. After Wesley’s victory in the Chessable Masters he’s in with a chance of claiming the bragging rights of going into the Finals as the top dog. A runners-up spot could potentially be enough for Wesley to bridge the 34-point gap to Magnus, though of course the better the World Champion performs the tougher it becomes.

In any case, Wesley has already achieved the goal he set himself at the Chessable Masters!

Why the Aimchess US Rapid?

The tournament is named after Aimchess, the fast-growing chess analytics service that was founded by 34-year-old Russian Anton Gora to provide personalized insights and training exercises based on players’ past games.

Aimchess joined the Play Magnus Group in May this year. Anton commented:

I am very excited that Aimchess will be featured in the Meltwater Champions Chess Tour celebrating the tremendous growth of the online chess market that I have witnessed since founding Aimchess in early 2020.

We believe Aimchess fills a gap in the market, and will rapidly grow in the coming years. We are excited to dedicate a tournament of the Meltwater Champions Chess Tour to showcase the capabilities of Aimchess to our audience.

The US angle will see 7 of the 16 players competing from North America, including strong grandmasters and leading streamers Daniel Naroditsky and Eric Hansen.

Where can I watch the Aimchess US Rapid?

Once again all the action will be streamed live and free here on chess24, in multiple languages and catering for different levels of chess knowledge. The action will also be broadcast on TV2 in Norway and by Eurosport around the world.