The Qatar Masters will be back on the calendar in 2023 after a break of eight years. With a $110,000 prize fund, it will likely be one of the strongest open tournaments of the year, especially as Magnus Carlsen himself has confirmed his participation. 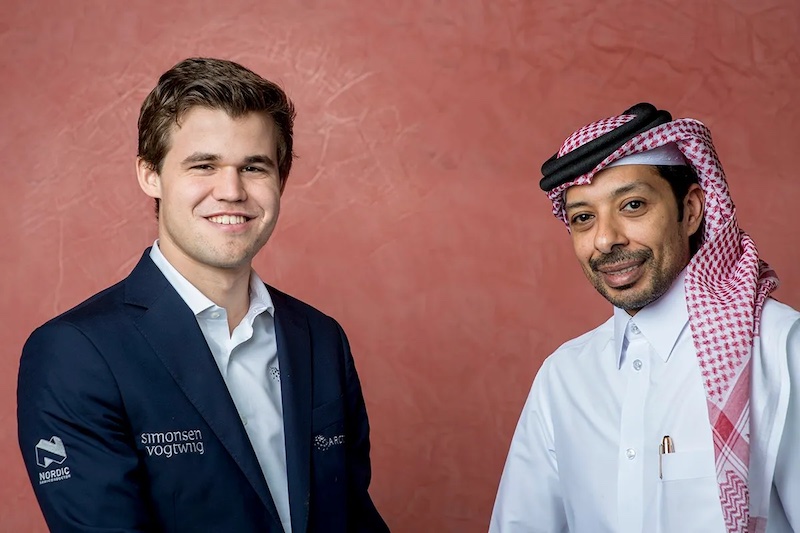 Chief organizer Mohamed Al-Mudahka, President of the Qatar Chess Federation, confirms to chess24 that the event is back.

At first we almost agreed about December, but it appears to be tricky as many online and offline tournaments are happening in December. 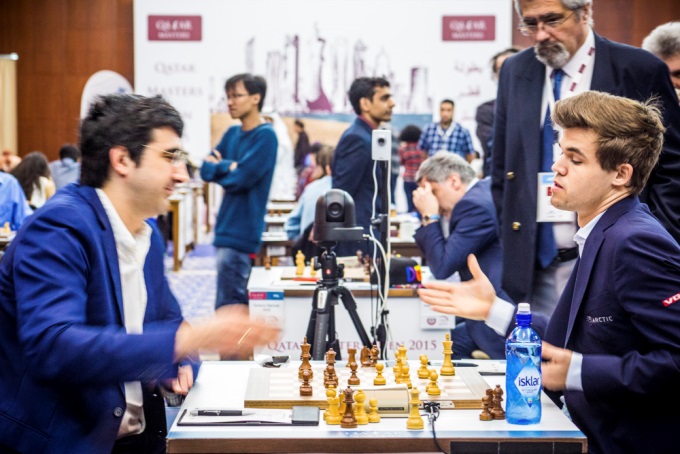 One key reason for the date change was the participation of 2015 winner Magnus Carlsen, who now has confirmed his participation.

Al-Mudhaka commented, "It was hard to choose, but Magnus is going to play, so at least we are happy with October".

The Qatar Masters, together with the Gibraltar Masters, won a popularity contest among members of the Association of Chess Professionals (ACP) in 2016. That same year, Qatar hosted the World Rapid & Blitz Championship, but a lack of sponsorship prevented the event from returning.

With its resurrection in 2023, Al-Mudhaka says that he is working to secure sponsorship for the event to run annually until 2030. The Arab peninsular country hosting the World Cup last year has made securing sponsorship easier, he says. 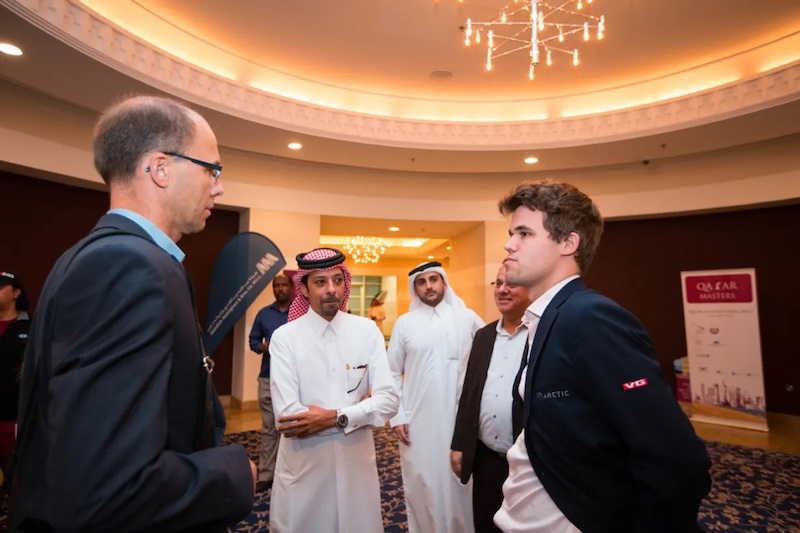 Magnus Carlsen with his father and manager Henrik, along with Chief Organizer and Grandmaster Mohamed Al-Mudahka | photo: Maria Emelianova

The football World Cup has ended in the best way possible, so it’s time for other sports to thrive. We are discussing different projects beside the Qatar Masters, but for me that event is more important, as the sponsors are mainly from the private sector while other projects are funded by the government.

Yu Yangyi won the first edition in 2014, while the bigger and stronger event in 2015 was won by Carlsen, who beat Yu 2-0 in a playoff.

In a statement to chess24, Carlsen says he is happy to return to Qatar in 2023.

It is maybe not possible to have a perfect Open tournament, but with regard to the organisation, conditions for the players and accompanying persons, the strength of participants and weather conditions, the Qatar Masters is as close as it gets. I really look forward to returning to the Qatar Masters in 2023.

He'll now be hoping to bounce back from the loss to Anish Giri when he takes on 18-year-old Nodirbek Abdusattorov, the co-leader, in Round 5, which will be played in the Ajax football stadium in Amsterdam. Watch the action live here on chess24 with commentary by Peter Svidler and David Howell!