The smash hit Netflix series The Queen's Gambit has taken the world by storm.

Now, for the first time, World Champion Magnus Carlsen has given his view, calling it “extremely enjoyable” and awarding 5 out of 6 stars - but he did have some reservations.

The seven-part limited series that follows the story of chess prodigy Beth Harmon discovering a huge talent for chess in an orphanage has captivated the chess world.

While the show has now been overtaken by The Crown as the most popular in the world one month after its release, it remains on top in several countries.

Since the release on Netflix, the series has led to a dramatic rise in chess interest, sales of chess products have skyrocketed, and people are playing online chess as never before. 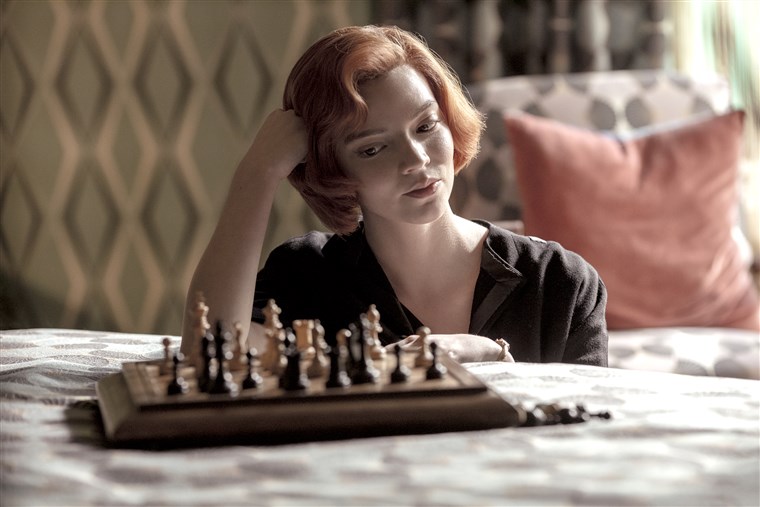 Anya Taylor-Joy has been praised for her portrayal of chess prodigy Beth Harmon. Now even Magnus Carlsen himself has given his thumbs up | photo: Netflix

Now for the first time, World Champion Magnus Carlsen has commented on the series.

Ahead of the launch of the Champions Chess Tour tomorrow, he told chess24's Kaya Snare: "I would say it’s a five out of six.

"I would have given it a full score except I found it a bit disturbing that all the kids in the series want to get adopted, because in chess that means losing 10 games in a row and no kid would want to do that.


"Kidding aside, though, I thought it was very enjoyable. The optics were great; they did the chess pretty well with the games.

"But in general, having said all that, it was extremely enjoyable."

Kaya's full interview will be broadcast during chess24's coverage of the Skilling Open, which kicks off on Sunday at 18:00 CET.

Magnus Carlsen was just 13 years old when he made the grandmaster title, one of the youngest in the history of the game to achieve the feat. He was still only 16 years old when he got to compete with the best players in the world in super tournaments. Having just turned 19, he made it to number 1 on the world rankings for the first time, and he celebrated his first World Championship title as a 22-year-old, the same age at which Garry Kasparov won the title.

Since then the 29-year-old Norwegian has defended his title three times and has completely dominated the sport. He was just ranked second in chess24's Top 50 Greatest Players of All Time series, behind Garry Kasparov. The guy knows exactly what he's talking about.

“Even though it kind of goes unrealistically quick with Beth, she does what you can expect for a talent at that age - she reads chess books, analyses the game and does everything she is expected to do. In that sense, I can recognise myself - in her obsession, her passion and her drive to improve.”

The World Champion also speaks about how Beth Harmon looks up to the roof in order to visualize the moves on the chess board.

“We don’t necessarily look up to the roof, but it’s pretty normal a chess player unconciously looks in a different direction in order to remember. In that sense, this is realistic”, he says.

Carlsen says he would rate the series 5 out of 6 stars.

A key factor for the accuracy of the chess scenes was 13th World Champion Garry Kasparov, who acted as a consultant for the show, taking responsibility for the chess part. Speaking to CNN, Kasparov said he thinks The Queen’s Gambit will further boost the global appeal of the game.

"I think chess is on the rise now in America and around the world. But I think this series will do a great job promoting it further and I expect now a boom, because it helps to refute the image of the game of chess as something that could turn you into a nerd -- or just to make you crazy.” Kasparov added.

Judit Polgar, the greatest female player of all time, also appeared on CNN and said she thinks the series can promote the game for girls.

"I think it can grow the game's promotion for girls immensely," Polgar said. "And I do hope that more girls not only start [playing] it, but they will be -- not addicted -- but staying with the game and they will be supported by their parents and teachers and coaches, that if they are talented they can also reach their maximum potential."


Speaking about women's chess, Carlsen added he would obviously want women to perform well at chess, but doesn’t think today’s rules with one “open” and one women's section help women to perform at their best.

Watch Carlsen feature in the Skilling Open, the first event in the Champions Chess Tour, from 18:00 CET on Sunday.