Magnus Carlsen will be joined by Fabiano Caruana, Ding Liren, Ian Nepomniachtchi, Maxime Vachier-Lagrave, Anish Giri, Hikaru Nakamura and Alireza Firouzja when the Magnus Carlsen Invitational starts one week today on Saturday April 18th. We’re all set for 16 days of non-stop top-level action, with the players battling it out for a $250,000 prize fund, including a $70,000 top prize. We’ll have live commentary in 9 languages plus some very special events to look forward to in the week running up to the tournament. 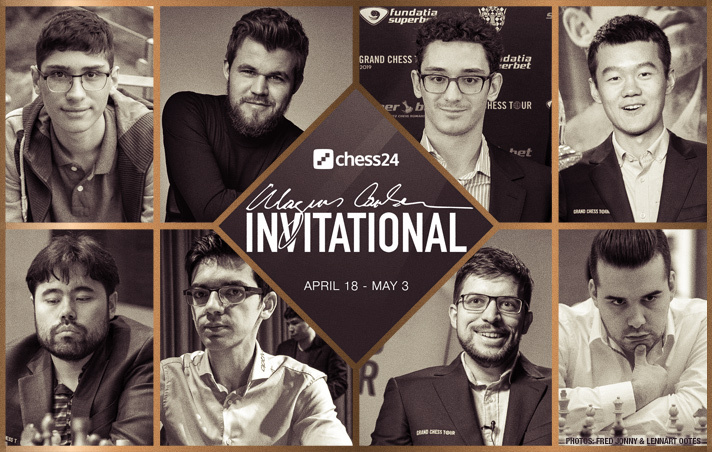 We’re proud to announce the full field for the inaugural Magnus Carlsen Invitational:

As you can see, it’s a stunning line-up, featuring both the world Top 5 and five of the eight players from the recent Candidates Tournament. There’s also blitz world no. 1 Hikaru Nakamura and arguably the hottest player in world chess right now, 16-year-old Alireza Firouzja. And, of course, we also have what the Candidates Tournament was missing, World Champion Magnus Carlsen!

As previously announced, the tournament involves two stages: first an 8-player round-robin and then a Final Four knockout. The round-robin sees each player play each other in a 4-game rapid match with 15 minutes for all moves, plus a 10-second increment after each move. We’ll have two matches live at the same time each day, except for Round 7, when all 8 players play at the same time:

There are 3 points for winning a match while if a match ends 2:2 the players then play a single Armageddon game, where White has 5 minutes and Black 4, but a draw counts as a win for Black. The winner of the Armageddon gets 2 points, the loser 1. The top four players after the round-robin then go forward to the Final Four knockout:

The $250,000 prize fund is unprecedented for an online chess tournament:

Of course ensuring fair play is important for any chess event. Anti-cheating measures include extra cameras covering the whole area where a player is playing (only visible to tournament monitors), observation of the player’s computer during play and the standard automated and human cheating detection systems that run for all chess24 Playzone games. Plus, of course, these are eight players with no question marks over their honesty who have a huge amount to lose by getting caught cheating!

The full regulations can be downloaded here.

The action starts one week from today at 16:00 CEST on Saturday 18th, and you’ll be able to watch all the games live with commentary in 9 languages here on chess24.

That’s not quite all, though. We have a number of special events coming up this week. There’s the Banter Blitz Cup final between Magnus Carlsen and Alireza Firouzja this Wednesday at 19:00 CEST, but also a new mini-cup. Our Spanish colleagues didn’t want to let Magnus Carlsen have all the fun and set up their own invitational! 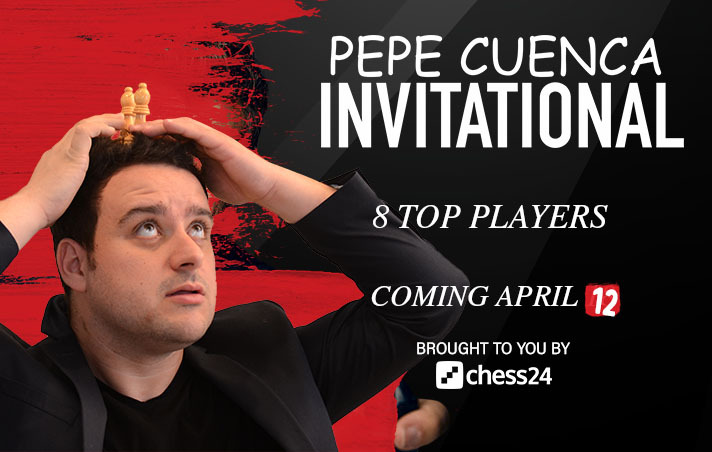 It’s an 8-player knockout with 12-game matches played at a time control of 3 minutes for all moves plus a 2-second increment per move. The players won’t talk as they play, but we’ll have live commentary in multiple languages and, as you can see, the line-up is also formidable!

The first match sees Teimour Radjabov back in action after he controversially missed out on the Candidates Tournament. He takes on young Spanish star David Anton at 17:00 tomorrow, Easter Sunday, before Dominguez-Artemiev is played at 19:00. All the matches can be followed here.

We’ll bring you much more on that event, and yet more surprises, in the coming days, so make sure you check out chess24 regularly!