Just after his 18th birthday Parham Maghsoodloo from Iran announced his arrival on the world stage by bulldozing his way to the World Junior Championship with a staggering 9.5/10. Despite losing the final game to Andrey Esipenko he still gained 20 rating points to reach 2684.5 and a place in the top 60. Abhimanyu Puranik from India took silver and Sergei Lobanov from Russia bronze. The Women’s Junior Champion is 16-year-old Aleksandra Maltsevskaya from Russia, who finished on an unbeaten 8.5/11. 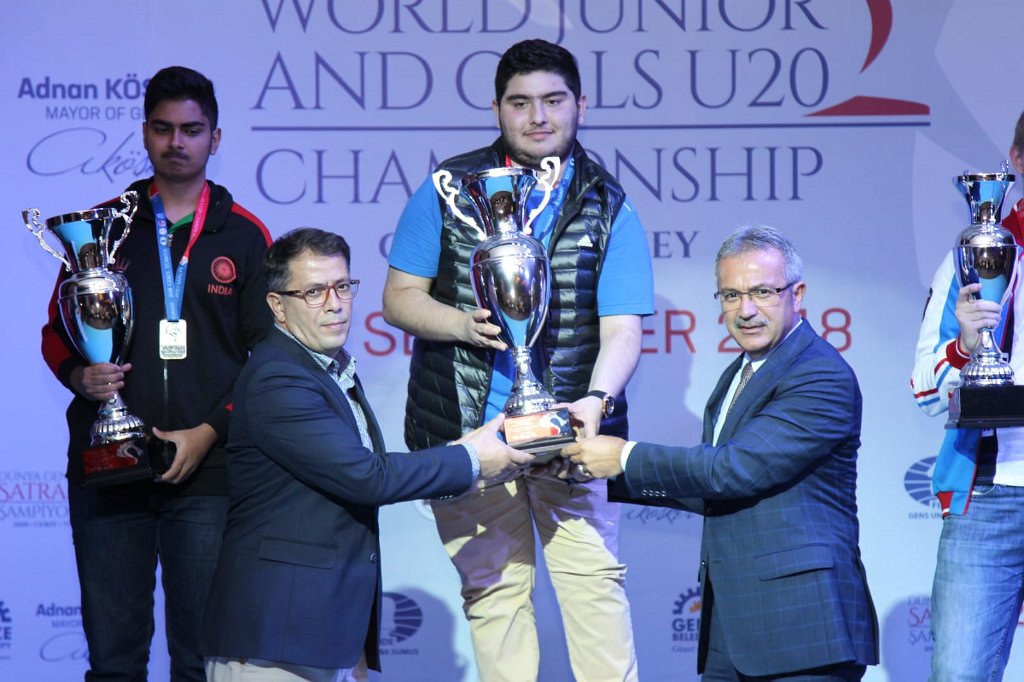 The Iranian team is currently seeded 23rd for the Olympiad that starts next week in Batumi, Georgia, but such is the talent of their young team that no-one would be too surprised if they came home with medals.

Perhaps the star until now has been the youngest, Alireza Firouzja, who won the Iranian Championship at the age of 12. At 15 he may well still have the greatest potential, but he’s got a lot of local competition. The Olympiad team also features 17-year-old Tabatabaei (Idani Pouya and Masoud Mosadeghpour are the “veterans” in their very early twenties), and of course Parham Maghsoodloo, who has been the Iranian Champion for the last two years.

Parham entered the World Junior Championship in Gebzem, Turkey as the top seed, with only Wei Yi, Jan-Krzysztof Duda, Vladislav Artemiev and Jeffery Xiong rated higher on the September Junior FIDE rating list. The first three of those have begun to play in far more lucrative tournaments, while Xiong won the event in 2016. Seeding often means little in such a talented field where most of the participants are underrated almost by definition, but Maghsoodloo more than lived up to his status as no. 1.

You can play through all the games in the 11-round open using the selector below:

Maghsoodloo’s performance was spectacular, with only a draw in Round 6 against his teammate Firouzja spoiling his perfect start. It looked for a while as though that draw would come in the previous round against Harsha Bharathakoti of India, but attacking the black queen with 37.Bc3? proved a fatal mistake (37.Qh7+! and White can still draw):

Don’t mess with Parham in a tactical situation, since now he pounced with the only winning move, 37…Bh3+! It wins on the spot by opening the light squares around the white king up to the black queen. Harsha resigned after 38.Kxh3 Qf5+!, with Qf1+ or Qh5+ to follow. 38.Rxh3 Qf1+! is no better.

He can also win positionally, though, as he demonstrated with a beautifully smooth victory over US star Awonder Liang in Round 9. He was flying with two rounds to go:

You could have forgiven him for aiming to draw his way to the title, but he clinched it with one round to spare in a kingside attack against Russia’s IM Maksim Vavulin (who earned a GM norm), taking his performance rating to a stratospheric 2976: 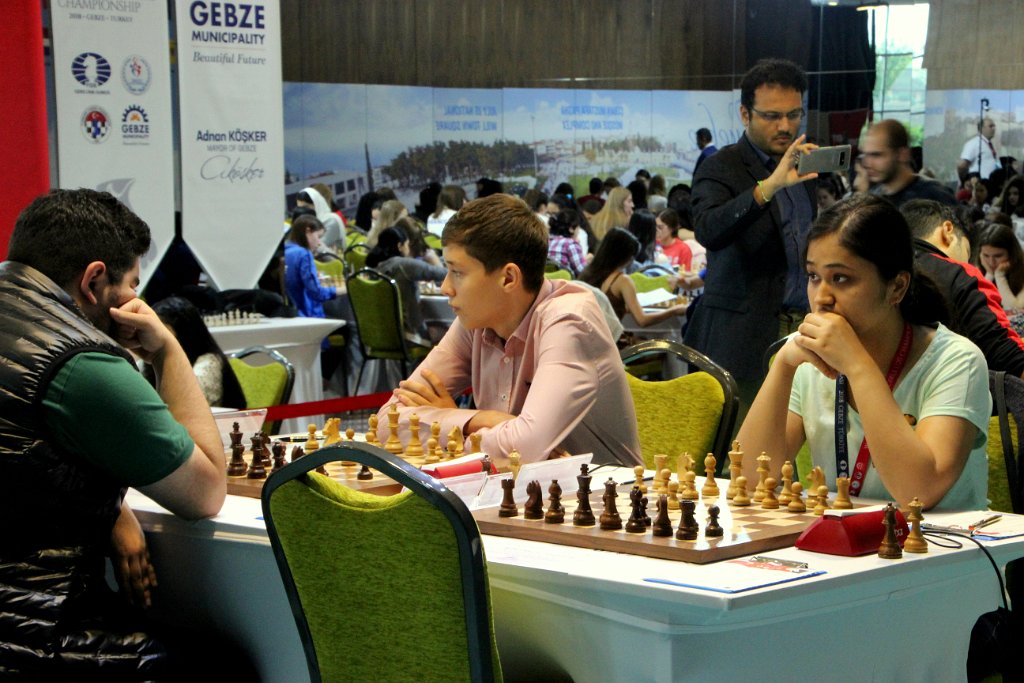 Andrey Esipenko was the only player to upset Maghsoodloo in Turkey | photo: official website

That left just one relatively meaningless game against the World U16 Champion from Russia, Andrey Esipenko, though Parham will have been a bit disappointed to lose it. Despite that setback he’s up to 2684.5 and world no. 58 on the live rating list. There’s no-one younger and higher-rated above him, so it’s understandable that the Iranian lists winning the overall World Championship as one of his goals. He’s vowed to work harder, though that may be a tough ask, since he already claims to work a minimum of 10 hours a day!

Esipenko missed out on a bronze medal to compatriot Sergei Lobanov, who finished in style against Norway’s Johan-Sebastian Christiansen (the consolation for Johan is that a great performance earned him a GM norm):

Young Indian stars Praggnanandhaa and Nihal Sarin were missing this time round, but the conveyor belt of Indian talent never stops turning, and it was 18-year-old Abhimanyu Puranik who stepped up to claim a silver medal that included wins over Jorden van Foreest and Firouzja. 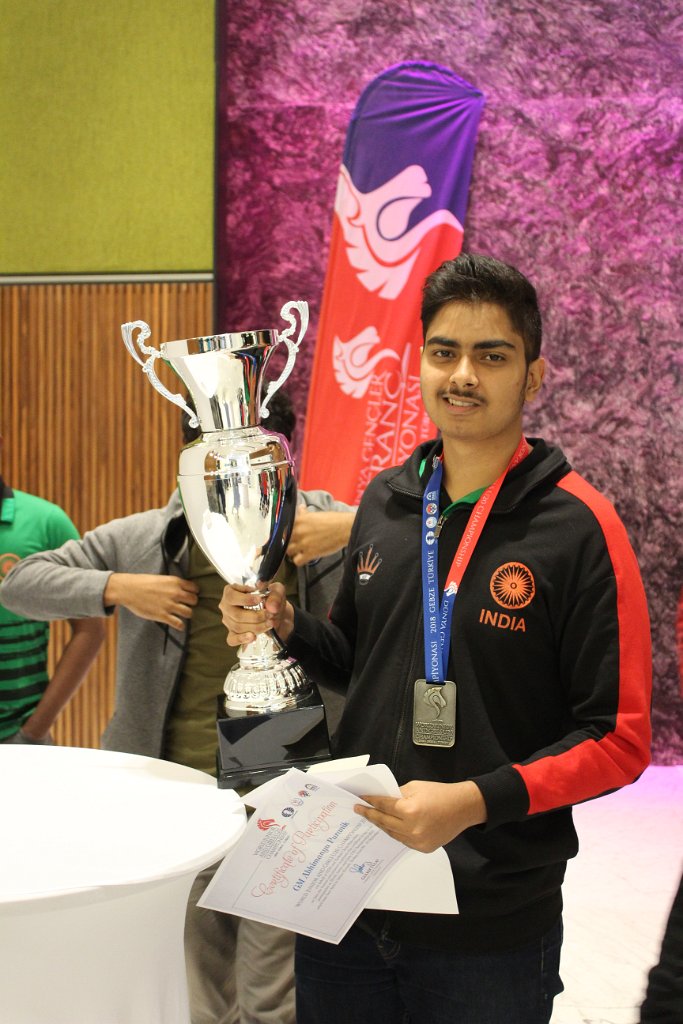 Abhimanyu Puranik is just another example of India's embarrassment of chess riches - long gone are the days when people complained that Vishy Anand didn't do enough to inspire a new generation... | photo: official website

Among the other talents on display 12-year-old Javokhir Sindarov from Uzbekistan stood out, with his 4/4 and then 5.5/6 opening up the prospect that he might go on to win the title and with it the grandmaster title, thereby making him the second youngest grandmaster in history. 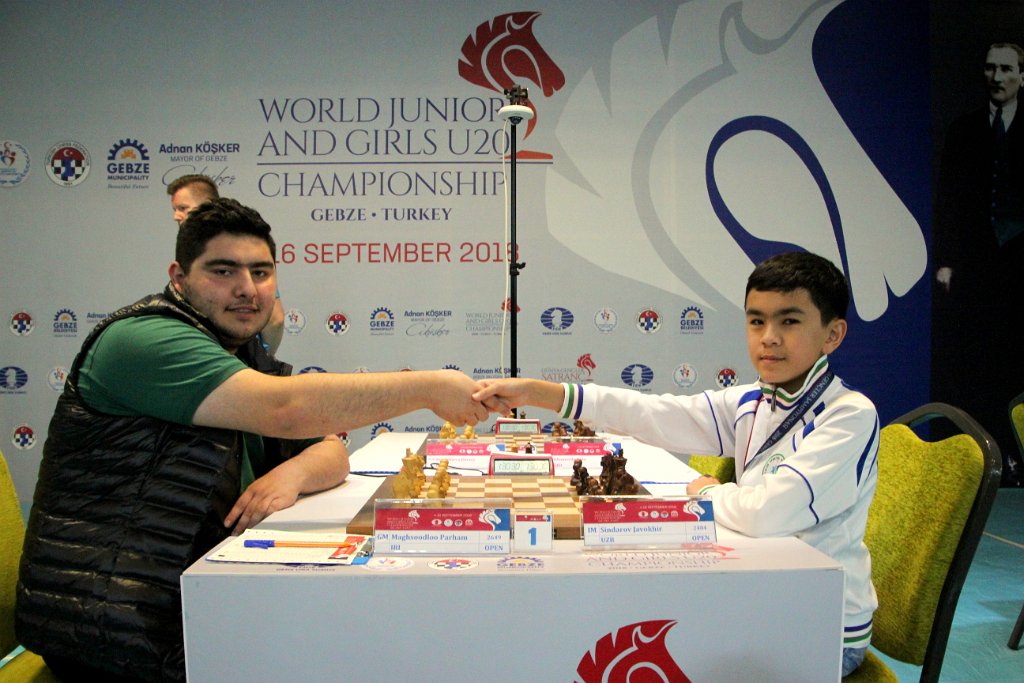 Javokhir Sindarov lost to the leader this time round, but with him and Nodirbek Abdusattorov you can't rule out Uzbekistan having a chess World Champion to follow in the footsteps of Rustam Kasimdzhanov | photo: official website

It wasn’t to be, since he went on to lose three games after that, but he still claimed a grandmaster norm and also got to play one of the games of the event – again Christiansen was the unfortunate opponent:

After the exchange sacrifice 19.Rxf6! the kid made it all look very easy (replay that game here).

Here are the final standings at the top: 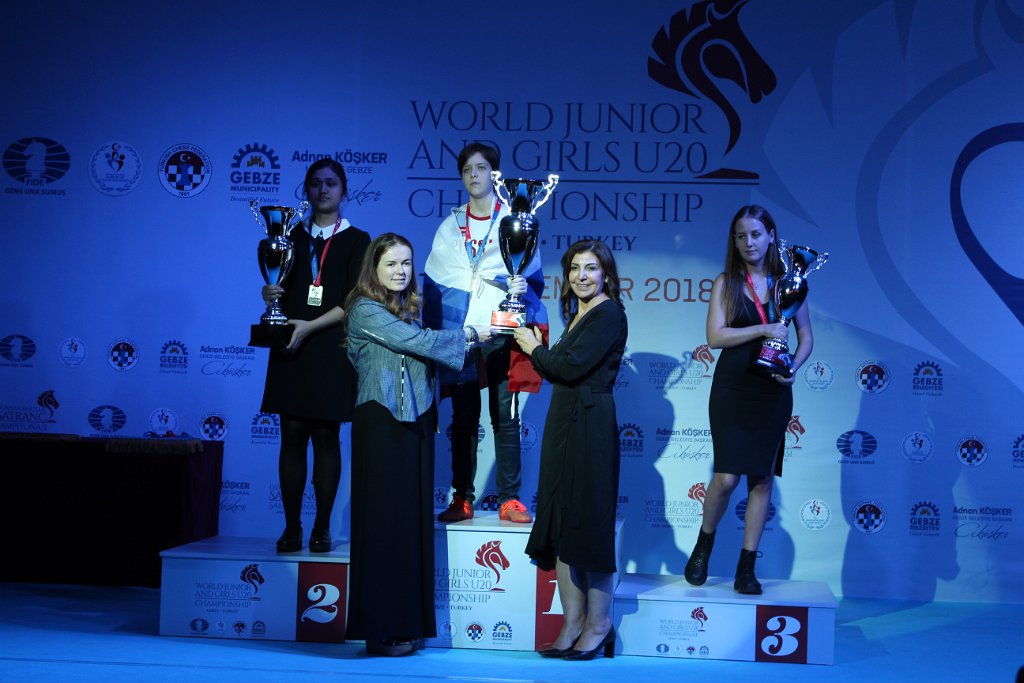 The women’s event was much less predictable, with 2234-rated 19th seed Aleksandra Maltsevskaya taking first place with an unbeaten 8.5/11 and a 2423 rating performance.

There was absolutely no arguing with her result, since in Rounds 4 and 5 she scored crushing wins over top seed Stavroula Tsolakidou from Greece and WGM Gulrukhbegim Tokhirjonova from Uzbekistan:

26.Bd5+! is a nice final move to get to play. That game was crucial when Tokhirjonova’s last-round game ended in stalemate on move 73, so that Maltsevskaya caught her on 8.5/11 with a win. 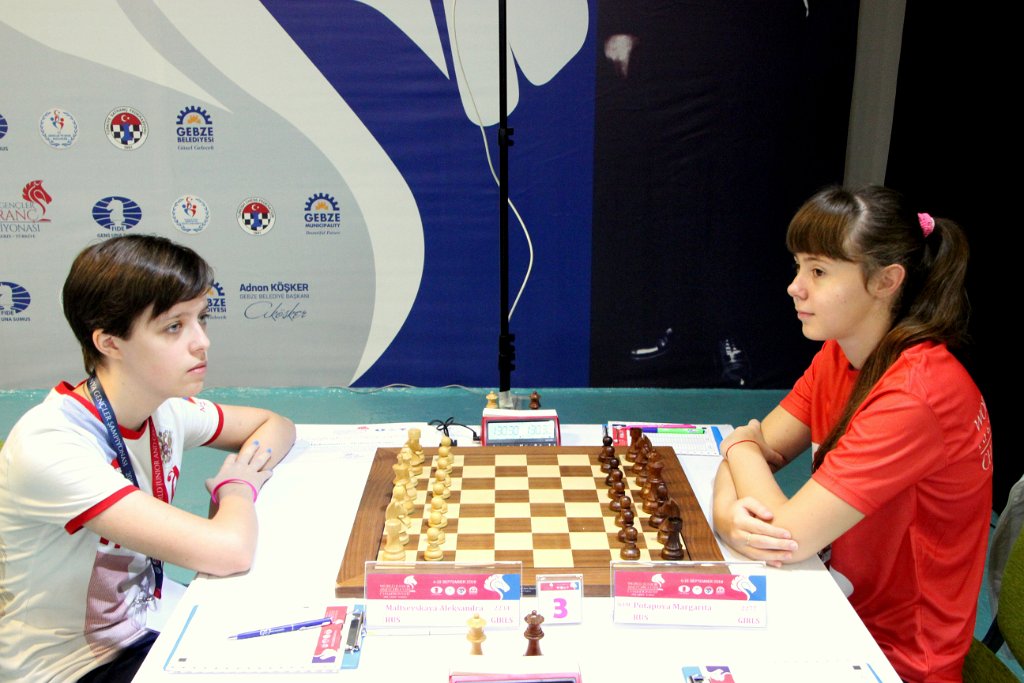 44.Qxe3! was a crunching queen sacrifice, with 44...dxe3 45.Bxf6+ leading to a quick mate (44...Bxg5 45.Rxg5! doesn't help). Victory in that game saw the Russian take the title on the first tiebreak of head-to-head encounter, though she was also better on the next two tiebreaks as well. 16-year-old Aleksandra goes straight from untitled to WGM in one fell swoop, though she had already been waiting for her WIM title to be rubber-stamped.

Nino Khomeriki took bronze with the best tiebreaks of the 5 players on 8/11, a medal mainly earned in a 6/6 start. The final standings at the top looked as follows:

Will Maghsoodloo be able to take his form into the Batumi Olympiad? We might get to see him play some very strong players on top board in just a week's time!