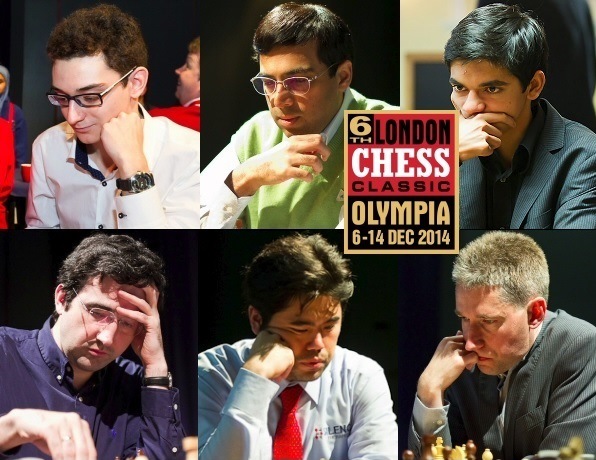 The 2014 London Chess Classic starts today with the “Super Six” of Caruana, Anand, Nakamura, Kramnik, Giri and Adams competing in a two-day, ten-round rapid open against both dozens more grandmasters and a host of amateur and junior players. It’s all part of the build-up for the five-round classical tournament that starts next Wednesday. Watch all the action live here on chess24!

The attention of the chess world is about to switch to London!

Usually we’d say the top players rarely compete in opens, but after Vladimir Kramnik and Anish Giri took up the challenge of the Qatar Masters Open that’s perhaps not entirely true. Still, the pairings involving the top players for the first round of the Super Rapidplay Open are pretty remarkable:

As you might have guessed, the pairings are specially picked to give junior players a once-in-a-lifetime chance to play the world’s very best as part of the London Chess Classic’s mission to support the Chess in Schools and Communities charity.

After Round 1, though, we’re into the rough and tumble of a 381-player open featuring not only the Super Six but also the likes of Matthew Sadler, Simen Agdestein, Loek van Wely, Bonelli Iturrizaga (a 2700-rated rapid player), Gawain Jones and John Nunn, who continues his return to chess after winning a medal at the recent World Senior Championship. GM Daniel Gormally (2499) is also in action:

The first prize is £8,000, while another attraction for much of the field is the chance to warm up for the 9-round, 200+ player FIDE Open that starts on Monday.


The time control for the rapid games is 25 minutes per player with a 10-second increment each move, so although it’s going to be intense it shouldn’t be too quick to follow and enjoy. chess24 is providing the official broadcast produced by Macauley Peterson and featuring IM Lawrence Trent, who began his commentating career in the first ever London Chess Classic back in 2009. 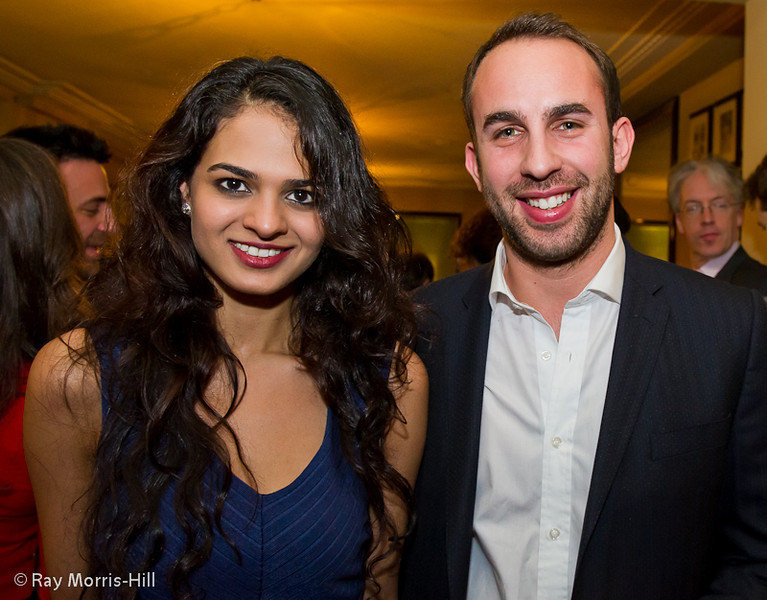 Tania Sachdev and Lawrence Trent at the close of the 2013 London Chess Classic | photo: Ray Morris-Hill

The London Chess Classic really does manage to be a festival of chess, and it’s hard to keep up with all the events. Apart from the FIDE Open mentioned above there are weekend tournaments, the English Girls’ Chess Championship, a 6-game match between Romain Edouard and Gawain Jones and a book signing by Garry Kasparov (Wednesday, 10 December). The other events involving the “Super Six” are as follows:

Since the main event is only five rounds the players will get the white or black pieces a different number of times, so the starting numbers matter! They’ll be determined this year by a 10-round blitz tournament, in which each of the six players takes on each of their opponents in two consecutive games (switching colours). Of course we’ll again broadcast all the action live here on chess24, starting from 19:00 local time (20:00 CET).

One of the games last year was so good the teams applauded before it even began | photo: Ray Morris-Hill, London Chess Classic

This is a fun charity event that sees the top players (Nigel Short is added to the mix) paired with businessmen who bid to partner the player. The teams of two play 25-minute rapid games with each player making a move in turn without consulting their partner, although teams are allowed to take two one-minute timeouts to discuss strategy. You can find more details here. 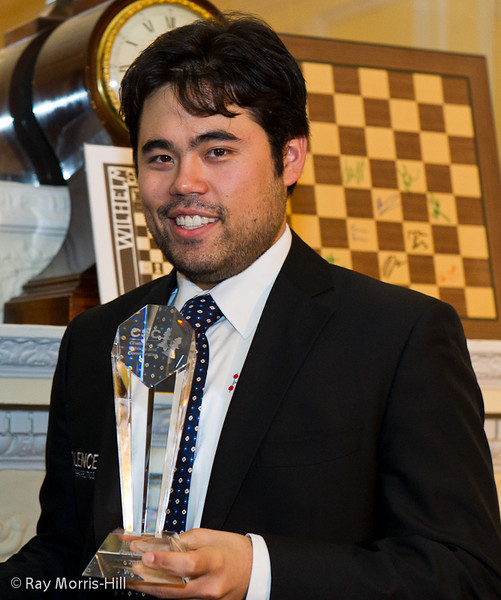 Although the format was different - a knockout with no classical chess - Hikaru Nakamura won the 2013 event ahead of most of his competitors this year | photo: Ray Morris-Hill

This is the event most chess fans will be waiting for – a five-round classical tournament featuring some of the world’s very best. We’ll get the answers to some questions: 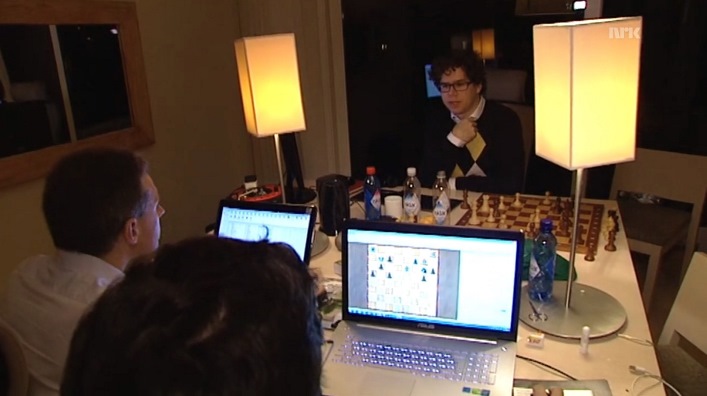