Vietnamese Grandmaster Liem Quang Le will be one of 16 stars to play the Skilling Open, the opening event of the $1.5 million Champions Chess Tour that starts on November 22nd. The 2013 World Blitz Champion and reigning Asian Continental Champion reached the Tour the hard way, qualifying via the chess24 Banter Series, where he knocked out Teimour Radjabov and Fabiano Caruana. You now have a chance to take on Liem as he plays chess24 Premium members in a Banter Blitz session starting on Tuesday November 10th at 22:00 CET. 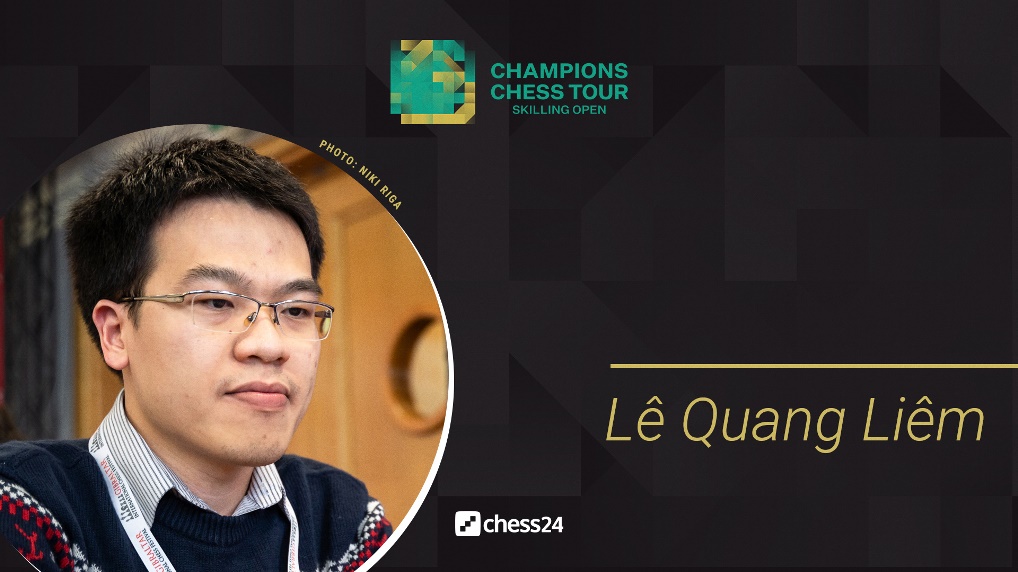 Liem Quang Le (his preferred way of writing his name that in Vietnamese is Lê Quang Liêm) announced his arrival on the world stage in 2010, when as an 18-year-old he won the famously tough Aeroflot Open in Moscow and qualified automatically for the Dortmund super-tournament later that year. He finished in clear 2nd place there, above the likes of Vladimir Kramnik and Shakhriyar Mamedyarov.

Amazingly, Liem again won the Aeroflot Open a year later, with Ian Nepomniachtchi the only other player ever to win the tournament twice. In Dortmund 2011, Le finished ahead of Hikaru Nakamura and Anish Giri. 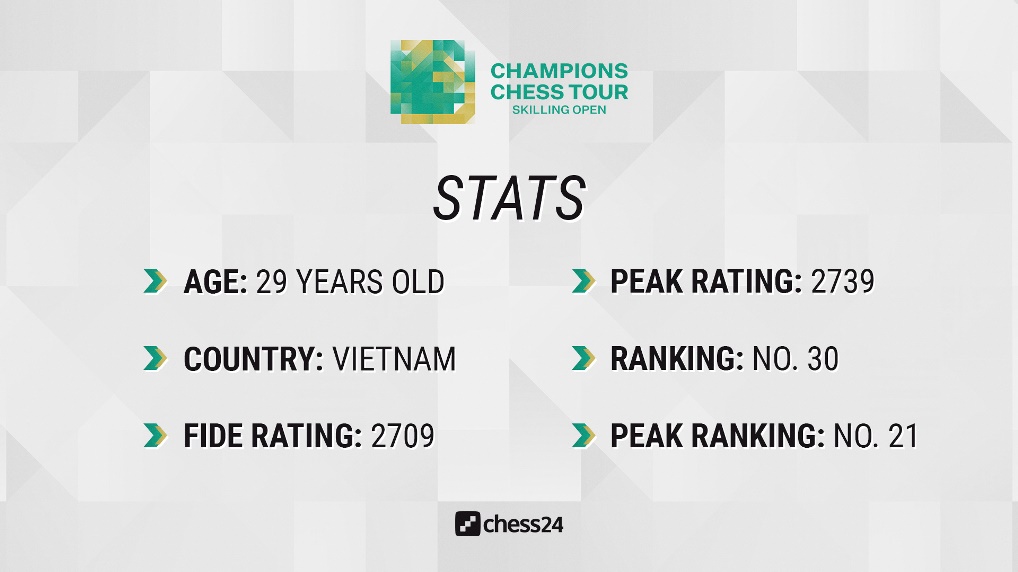 Liem is a blitz specialist and arguably his best result to date was winning the World Blitz Championship in 2013, when he finished half a point clear of Alexander Grischuk, Ruslan Ponomariov and Nepomniachtchi.

That same year, however, he took up a scholarship to study at Webster University in Saint Louis, USA. That seemed to put his chess career on hold and perhaps prevented Liem becoming a fixture among the elite, but he remains a formidable player. In 2019, for instance, he won the Asian Continental Championship, beating Alireza Firouzja along the way. 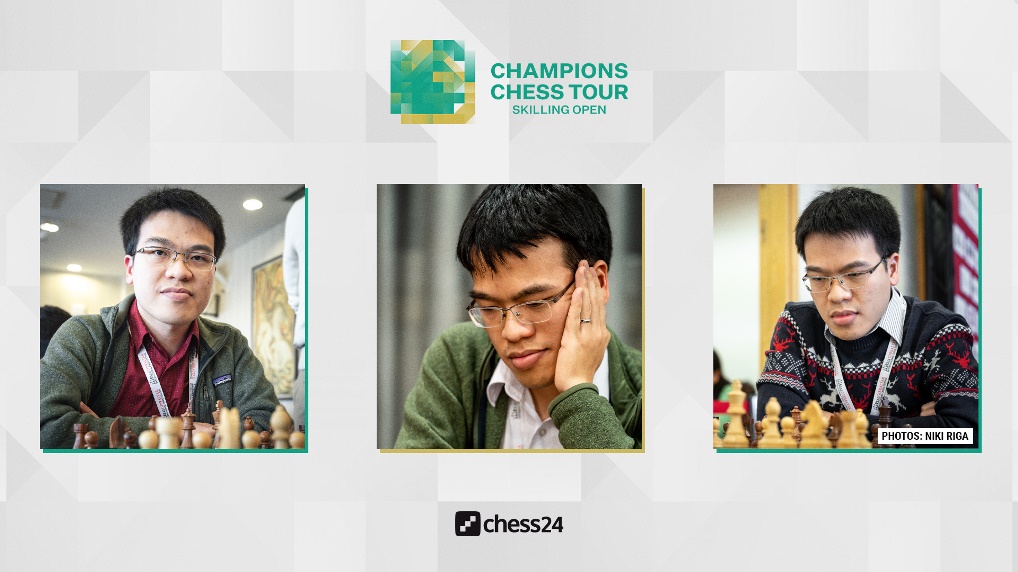 Liem Quang Le reached the Champions Chess Tour the hard way, beginning with a qualifier for the chess24 Banter Series. There he beat Lawrence Trent, Luis Supi and Hans Niemann to reach the Finals.

With Liem's inclusion we now have the following players confirmed for the 16-player Skilling Open, starting November 22nd:

Before that, however, it’s your chance to take on the Vietnamese star as he plays blitz against chess24 Premium members while talking about his moves. The session starts at 22:00 CET and you can challenge by clicking the link below, hovering over Liem’s chess24 username Liem_Chess under the video and selecting “Challenge me!” (that button will be active when he’s online):

If you’re not yet Premium you can save 40% now if you Go Premium using the voucher code LE40. Alternatively, check out the Early Bird offers for our Tour Pass.