World no. 6 Levon Aronian has completed his transfer from Armenia to the USA and is now listed as a US player on the FIDE rating lists. The Armenian star relocated to Saint Louis in September, and the switch is expected to make the US a powerhouse for the 2022 Chess Olympiad in Moscow, with three players in the Top 10. 18-year-old Alireza Firouzja is now the official world no. 2, while Hikaru Nakamura has dropped off the December 2021 FIDE rating list after not playing a classical game in two years. 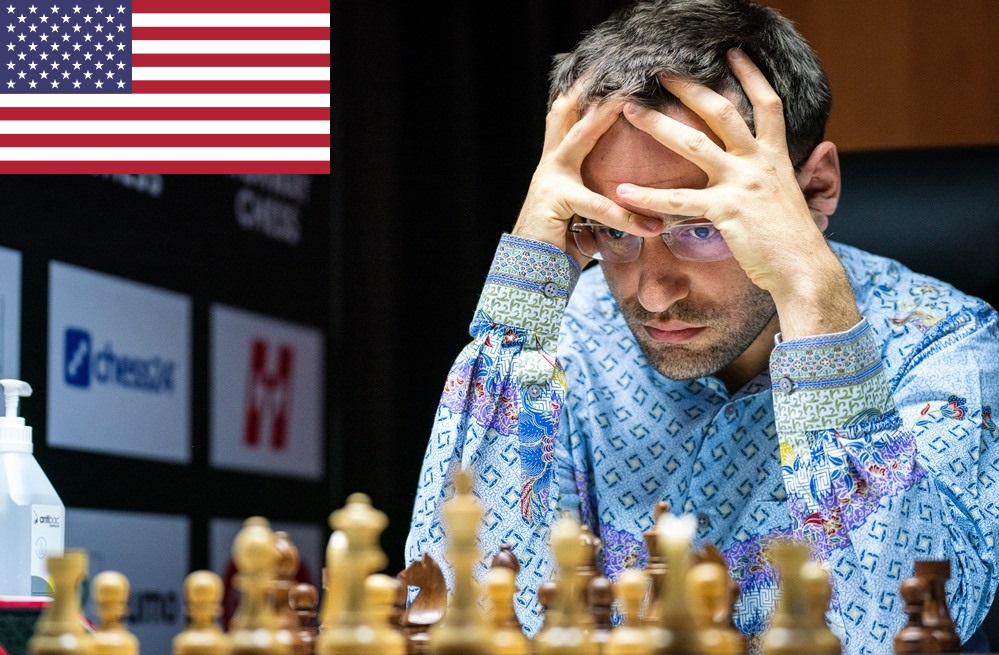 It has been more than nine months since the announcement was made in February, but today it became official. On FIDE's pages Levon Aronian is now listed as representing the United States.

The 39-year-old is US no. 2 behind Fabiano Caruana, but ahead of Wesley So, Leinier Dominguez and Hikaru Nakamura, making the USA a powerhouse and a clear favourite for the 2022 Chess Olympiad. With an astronomical average rating of 2772, according to the new December list, the US team should have excellent chances to repeat the gold medal performance of 2016, while they had to settle for silver medals behind China in 2018.

The December FIDE rating list sees Alireza Firouzja confirmed as world no. 2, Levon Aronian representing the USA, and Hikaru Nakamura no longer listed after he pulled out of the FIDE Grand Swiss and hasn't played a rated game in the last two years

Aronian spoke with chess24's Kaja Snare after his third place finish in the Aimchess US Rapid, and said that he would be flying to Saint Louis the next day.

I am very excited to start a new life in Saint Louis, a city that I like a lot and a city where many strong chess players are living, so I have a lot of sparring opportunities. I know Yerevan, like Moscow, is another city where you have plenty of opportunities to work with very good players, but I think at the moment Saint Louis is probably even better.

Considering all the things that happened in my life, I am actually quite happy where I am now.

Aronian also spoke to chess24 about his move after arriving in the US.

I feel very welcomed here. The people at the club and everybody that is working for the club are very welcoming. That's very enjoyable. And my neighbours are Caruana and Dominguez, so it doesn't really matter where I am, I am anyway a pretty boring person just working on chess and trying to improve!

Aronian's announcement of a switch in federations came at the end of February, with the Armenian citing “absolute indifference” to chess and a lack of support from the new government since 2018. The former Armenian President Serzh Sargsyan had also been the President of the Armenian Chess Federation and backed Aronian and the rest of his team.

Last year was too hard for all of us: epidemic, war, in my case also personal adversity, and the absolute indifference of the state towards Armenian chess. I was facing the choice of leaving my life's work or moving to where I was appreciated.

Aronian's move to the USA came with the assistance of Rex Sinquefield, the founder of the Saint Louis Chess Club. “When he came to us with an interest in moving to St. Louis and representing the U.S., I could think of no-one better. We welcome him with open arms,” he said in a press release.

The transfer fee listed is just 5,000 EUR (5,700 USD), though for now Levon is also shown as not being eligible to represent the US until November 2023.

Aronian's  "eligibility date" (the date from which a player can represent the new federation free of any fees) is set as 2023-11-08. This means he can now play chess as a USA player but that there are specific events (mainly FIDE organized events such as world championships or events qualifying you for a world championship event) that he cannot participate in unless he pays the transfer fee to FIDE and a compensation fee to Armenia. Upon payment of those fees he can then immediately represent the USA in those events.

US Chess is in the process of submitting an "Application for Participation in FIDE Event Prior to Eligibility Date" form which will enable Aronian to participate in the FIDE World Rapid and Blitz Championships in December. Levon will be responsible for all fees associated with this process.

Levon's 39th birthday was celebrated in Saint Louis with his girlfriend Anita Ayvazyan.

Aronian's switch is a huge loss for the chess-crazy nation. To make matters worse for Armenia, the country's former no. 1, and a FIDE World Championship finalist, Vladimir Akopian has also completed a switch to the USA. Vladimir turns 50 in a week, and will become eligible to play in the US Senior Championship. 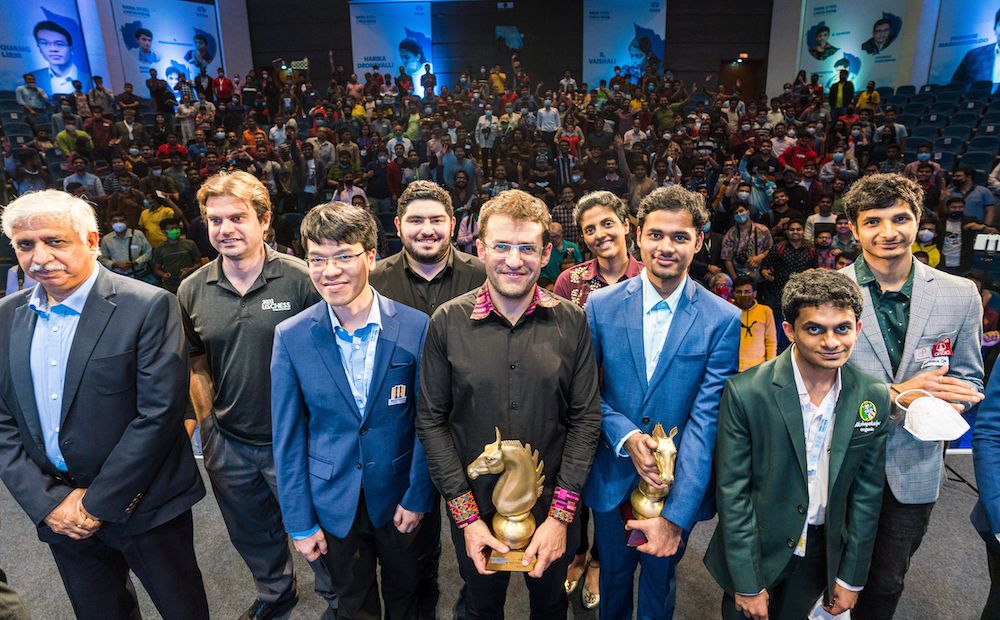 As mentioned by the US Chess Federation, we're likely to see Levon in action in the World Rapid and Blitz Championship in Nur-Sultan, Kazakhstan at the end of December, where he is set to make his debut playing under the US flag.