Spanish no. 1 Francisco Vallejo mounted a comeback against Jaime Santos to win the second semifinal of the 2018 Leon Masters and earn a match against Wesley So on Sunday. It seemed an impossible task, but the Vallejo and Santos match managed to surpass the drama of the tense battle between Wesley So and Praggnanandhaa the day before. It turns out it is possible to blunder when you only have one legal move in a position!

Check out some brief video highlights:

And you can play through all the Leon Masters games using the selector below:

Jaime Santos is a young Spanish player who just turned 22 and is having a very good year. His rating has already increased 30 points in 2018, taking him close to the 2600 barrier, which he may well go on to cross in the near future. His style of play is characterised by magnificent positional understanding, which enables him to play good chess almost without pausing for thought. Jaime gets the maximum out of positions like the one that occurred in Saturday's first game, where he had a microscopic advantage out of the opening and managed to increase it gradually with good technique until it was tough for Black to find the path towards a draw.

The white pieces are better and, despite it objectively being equal, in practice Jaime will pose you a lot of problems!

Paco needed to bounce back after losing that game, but in the next he found his opponent extraordinarily well-prepared in the Breyer variation of the Ruy Lopez. He still found a way to pose problems for Jaime, but Black solved them in a very elegant manner:

White has some iniative and the pin of the b6-knight is unpleasant. What can Black do about it? Jaime spotted 24...Qb8!, a move that's possible because the white queen is undefended. If 25.Bxb6 then 26...Bc8! regains the piece. The position was soon liquidated, and although Paco won a pawn Black's bishop pair provided sufficient compensation so that Black was no longer in danger. 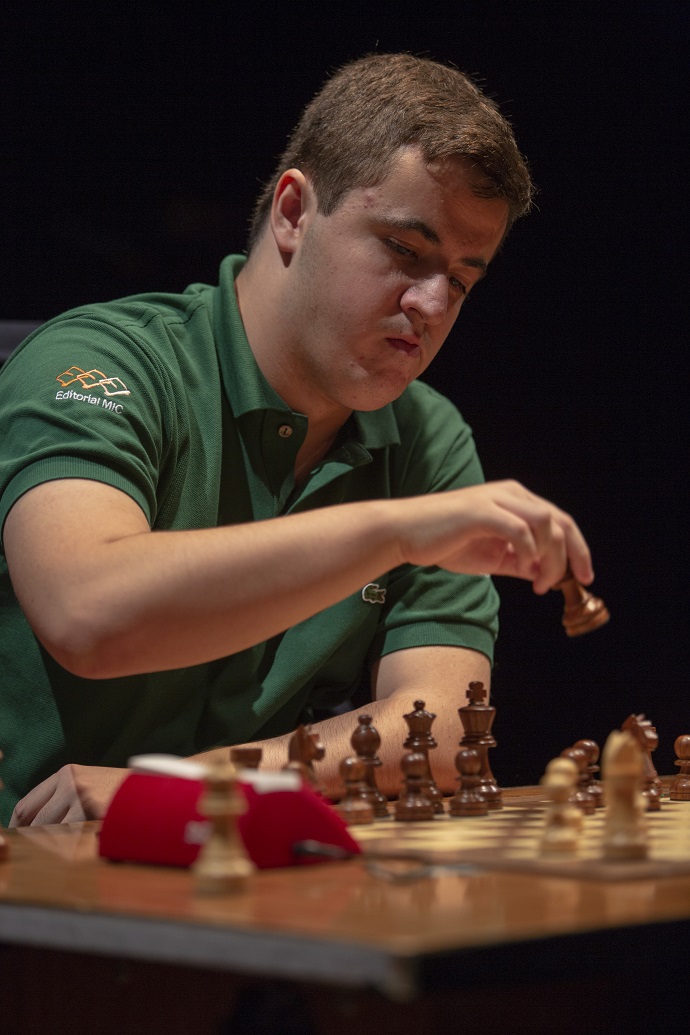 There were question marks over how Paco approached the third game. With two games to go the Spanish no. 1 preferred not to take risks and played the Berlin to arrive at calmer positions. As he explained afterwards in the press conference, he thought it would be better to follow his original opening plan rather than try to take risks with something he hadn't prepared. Jaime decided to avoid complications and the game ended in a peaceful draw.

Now we come to the fourth and decisive game. Paco decided to play 1.d4 and the Capablanca (4.Qc2) Variation against the Nimzo-Indian, leading to a position with a lot of play. Jaime seemed to be doing well, but the Spanish no. 1 started to find good activity for his pieces.

Paco played 16.Be1!, planning to switch the bishop to g3 or h4, taking advantage of the fact that its black counterpart has already been exchanged on c3

Jaime held on by playing quickly and accurately, with a calmness that impressed those of us watching the game. Paco's pressure paid off, though, and he managed to reach an ending a pawn up, although there were only pawns on one side of the board and opposite-coloured bishops. Paco told us afterwards that it reminded him of his ending against Harikrishna in the Moscow Grand Prix, when he came very close to beating the Indian player.

The Minorcan played his cards perfectly and ultimately managed to reach a winning position, but...

The most dramatic moment of the Leon Masters semifinal between Paco Vallejo and Jaime Santos. Paco goes for a flawed combination with 68.Rh8+?? (68.Ke6! won on the spot) and Jaime "believes" him and resigns. Both missed that after 68...Kxh8 69.Kxg6+ Black will capture the white bishop

Jaime explained in the press conference that he'd already seen the combination and thought he was lost, so he resigned immediately when Paco made the move. Both players only realised the tragi-comedy that had ensued in the interval between that game and the tiebreaks that now followed.

On this occasion fortune was on Paco's side | photo: Raúl Martínez

Paco played well in the first blitz game, putting on pressure with Black against his opponent's King's Indian Attack. Once more, however, Jaime played very fast, and although Paco was still slightly better at the end he decided to make a draw by repeating moves since he had only 20 seconds to the 2 minutes of his opponent.

In the second blitz game we again saw the same Nimzo-Indian as in the dramatic fourth game. Jaime held on well until we reached the following position:

Queens have just been exchanged on a4, and Jaime picked up his c5-pawn with the intention of taking on d4. He suddenly realised, however, that he would lose a piece after Paco took with the rook on d4, hitting the d6 and d7 knights. There was no choice but to make a different move with the pawn, but 30...c4 was far from ideal, releasing the pressure on the white centre. It wasn't easy, but from this point onwards Paco turned the screw to achieve the victory that took him into the final. 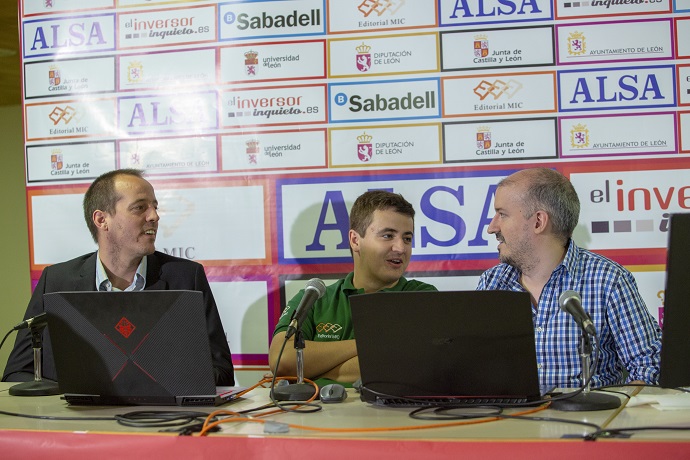 The players were animated after a tense encounter | photo: Raúl Martínez

There was a bonus during the commentary, as Wesley So, Praggnandhaa and even his hugely successful coach Ramesh joined the show. Ramesh begins by explaining:

Pragg is a very hard-working player, and extremely talented, and he's very ambitious, and he wants to become World Champion and 3000 in rating. So 2900 doesn't seem to be enough! Regarding training, he practices around 6-7 hours every day and he's crazy about chess, so even after he got his GM title he came for the class the next day. I think a passion for the game is his main strength.

Check out his comments in full below (and of course you can go back or forwards to watch the whole day's commentary):

With no World Cup football on Sunday there's no excuse not to follow the clash between Wesley So and Paco Vallejo. Their match starts at 16:30 CEST, and you can watch it live here on chess24!