When I started working with chess24 after a long hiatus from the chess world, I familiarized myself with all the original content available on the site.  Digging deep in the archives, I found three amazing video series from former World Champion and legend Vishy Anand, teaching the basics of chess to beginners. 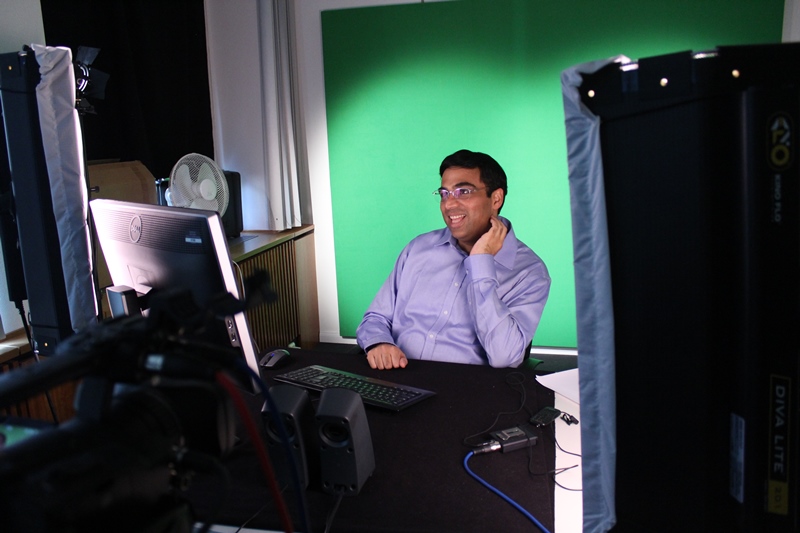 Vishy Anand filming his video series in the chess24 studio

In the first video series, Anand starts from the very beginning:

For me chess has been an important, fundamental part of my life as a game, a sport, and an intellectual battle between two people who try to defeat their opponent, with two armies of sixteen pieces each, on a board with sixty-four squares... Chess isn’t an easy game to master, but it is a very easy one to learn and to play.

It’s often surmised that it isn’t necessary for a Grandmaster to teach the basics of chess to beginning players. In chess, however, at least as I compare it to tennis, where a top player might be ill-suited to explain the very basics of the forehand, the subtleties that are grasped by a top player can shine through, and I caught glimpses of that in Anand’s series. In particular, the video about the value of the pieces contains segments that are good reminders for beginners and masters alike. Note that this video is available for free to everyone!

Learn to play chess with a
World Champion  Viswanathan Anand

Once you get a little bit of practice in, it’s time to focus on learning basic opening principles. Anand provides an introduction to a classical opening repertoire, which should be plenty of opening knowledge until a rating of 1400-1600 is reached. You will learn the fundamental principles of opening play - ideas that will help you stay out of trouble without having to memorize a ton of moves before having the ability to understand them.

Openings are essential to know, but too much time spent on the opening will lead you astray from more important topics like learning key tactical patterns. Be on your way in an hour and a half or so spent with a world champion! You can use the discount code VISHY50 to get 50% off the videos mentioned here.

Once openings are in order, it is time to look at tactical patterns, strategy, and endgames. In his third video series for chess24, Vishy Anand walks you through key motifs and patterns that every chess player needs to know. You can then start making sense of great English phrases like “pin and win”! 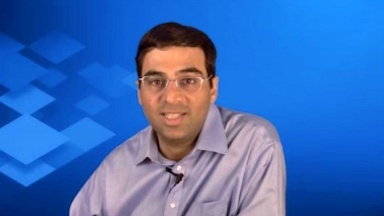 Did you also know that you can find almost any game ever played in our chess24 database? Since no article is complete without a shameless self-plug (I saved it for the end, though!), Anand is not only one of my favorite players, he is also the favorite player I have ever beaten! Click here to search for this and any game, complete with engine analysis.

As a reminder, premium membership includes free access to all the video series we have ever produced!

If you’d like to check out additional resources, our sister company Chessable has several courses featuring their move trainer technology to hone your tactical skills. Highly recommended are 1001 Exercises for Beginners and Learn Chess The Right Way - Must Know Checkmates, the latter from Susan Polgar.

Finally, practice those tactics with the Magnus Trainer and challenge virtual versions of Magnus at different ages. My neighbor is currently working on 8-year old Magnus!