Kramnik: We won't see a Chennai 2 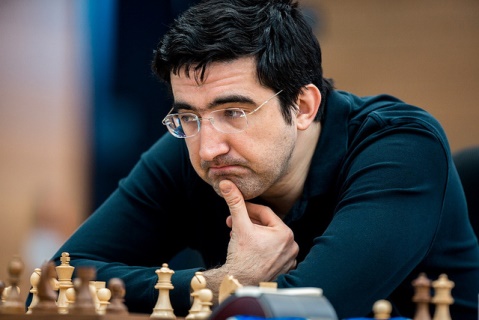 Ex-World Champion Vladimir Kramnik expects the Anand-Carlsen rematch to be a very different proposition to the walkover of the first match. In an interview with Evgeny Atarov, Kramnik explains how crude blunders derailed his 2014 Candidates challenge but vows to continue the fight for the title in the years to come.

Kramnik was talking to Evgeny Atarov for ChessPro in the aftermath of what was a disappointing tournament for the Russian star.

The first warning signs the Candidates would go badly

Kramnik got off to a good start at the Candidates Tournament by winning a fine game against Sergey Karjakin in Round 2. Although he ended up in an extremely difficult position against Peter Svidler in Round 3 he explained that the game hadn’t worried him:

There were problems in the game against Svidler, but I was also happy with how I played in time trouble, and how I then managed to find a long chain of only moves. I was more pleased with that draw than with other wins. My mind was working well!

Paradoxically, he was less concerned by his loss to Veselin Topalov (“just one of those days”) than by his win against Shakhriyar Mamedyarov in the next round:

It seems as though I’d played logically and should be winning, but then there was some kind of sudden collapse. When I played 29.e4 I’d already mentally chalked up a point for myself, but then in the final stages of the game I just couldn’t understand what was happening on the board! There were chaotic manoeuvres and a crazy material balance…

And then the move 38.Ra8? – probably my worst move in the whole tournament. Even the blunders in the games that followed could somehow be explained, but not that rook move to nowhere. Shakhriyar, however, managed to lose the game when he put his king on the wrong square, so in the end I won but I didn’t get any pleasure out of the game whatsoever. I thought at that moment: something’s not right here. The most amazing thing was that we were playing right after the rest day, and it would also be a bit soon to talk about exhaustion after seven rounds. 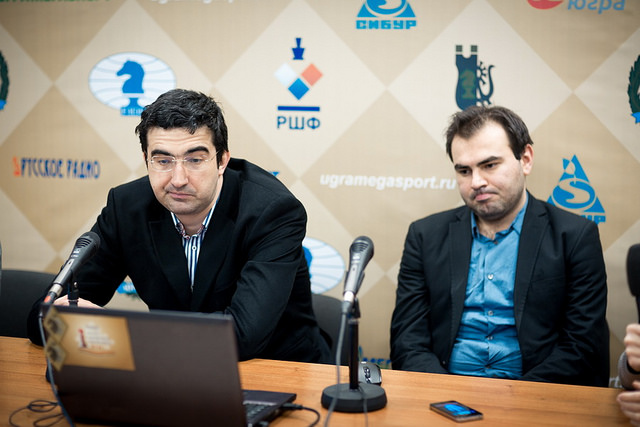 You could tell at the time that neither player was exactly overjoyed with their play | photo: Candidates website

Things went from bad to worse after that, leaving the 2014 Candidates Tournament a write-off for Kramnik. So was it time to give up on the World Championship? 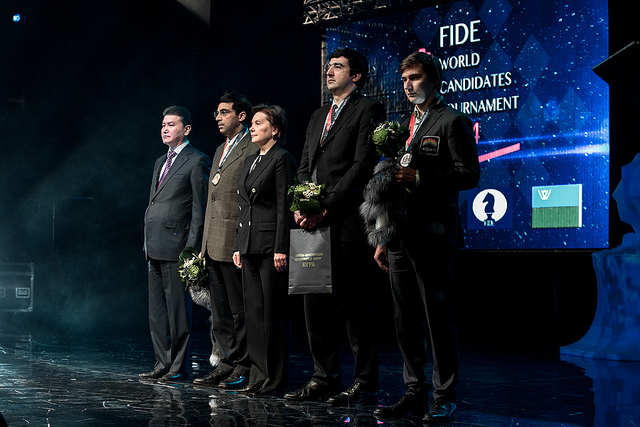 Kramnik ultimately finished in a respectable third place, but only one place on the podium mattered | photo: Candidates website

Atarov asked Kramnik if he would aim to play the next tournament in 2016:

Why not? For now I like playing, I enjoy chess and I haven’t exhausted my potential. Of course I now play a different kind of chess to the chess I played in the 90s or when I was the champion, but the most important thing is that I don’t have the impression “I can’t do it”, that things aren’t working out or I’m being outplayed… And the majority of my losses in recent times have been connected to poor physical form or crude blunders.

Unfortunately that prevents me from maintaining the previous stability in my results (which is now being demonstrated by Carlsen, playing like a machine), and good tournaments are followed by poor ones. Incidentally, that’s purely age-related and it’s not only visible with my results but also those of Anand, Topalov and Gelfand – Boris sometimes wins brilliantly, and sometimes finishes last.

That’s what I need to work on – to try and get myself into good shape, if not for all events then at least for the most important tournaments.

Atarov: If you’d won in Khanty do you think you’d have found the strength to defeat Carlsen in a match? Or didn’t you look that far ahead?

When you prepare for a tournament you never think about what happens next… I didn’t think about a match with Carlsen. It seems to me I’d have some chances of beating Magnus, as after all he’s not among my “inconvenient” opponents… At the very least I wouldn’t consider him the favourite just because I’m 15 years older than him.

Kramnik on the Carlsen-Anand rematch 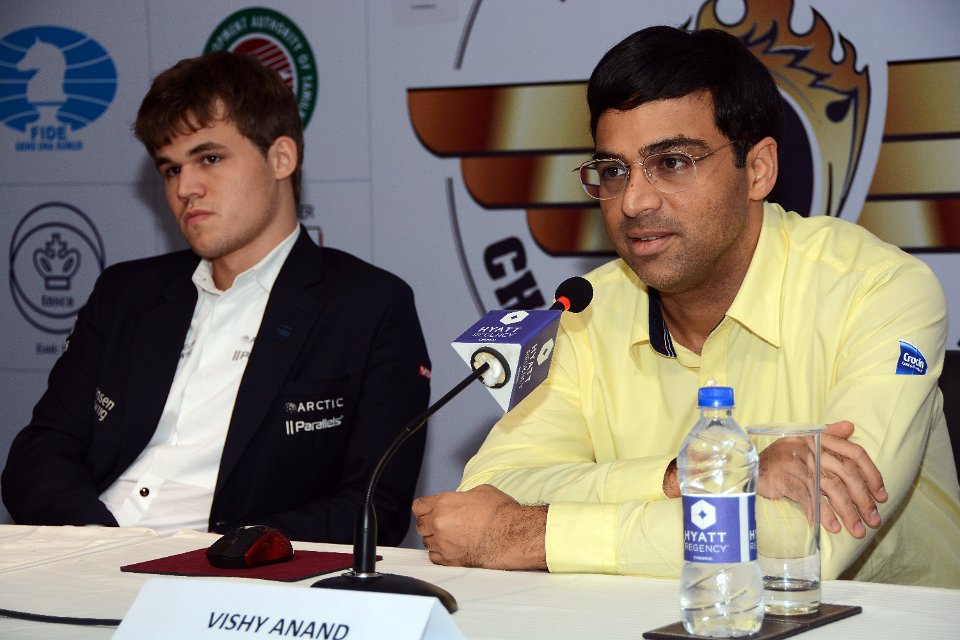 Will things turn out differently next time round? | photo: 2013 World Championship website

Kramnik is asked whether the next World Championship match will be a real struggle:

I think so, yes. Firstly, the Vishy we saw last autumn and the Vishy who won now are two different chess players. He clearly got rid of that sluggishness that had hindered him from playing for the last few years. Secondly, despite the tough defeat he gained experience he was lacking before Chennai. It was visible that Anand was afraid of going all out, of his own mistakes and kept second-guessing himself… In principle, in a title match the challenger is the one who should be nervous, but it was mainly him getting nervous. Now he’ll essentially have nothing to lose, so Vishy will have the psychological initiative. That will help him to play better.

You shouldn’t forget that Anand has colossal match experience. He should already have got a feel for Carlsen, for his weak points and how to exploit them… In the first match he made a heap of fairly obvious mistakes in his choice of strategy – it was perfectly possible to avoid those. I don’t know why in many of the games Vishy went for extremely comfortable positions for Carlsen, like a lamb to the slaughter. But what’s done is done.

I’ll be very surprised if Anand fails to pull himself together and loses so “limply” again. I’ve got no doubt this encounter will be much more interesting… I’m sure that there will be a great deal of interesting middlegame positions and a battle of nerves. We won’t see a Chennai 2.

Atarov asks if Kramnik would consider working as a second for Anand:

To be honest, I don’t know. I haven’t thought about that at all. I have my plans now, that are above all linked to rest… After such a tough tournament and preparation that all took a lot of energy, I want to recover. In the coming two months I definitely won’t be open for any offers, but after that – we’ll see. If Vishy makes an offer I can think about it…