Kramnik: I don’t care about being the best

Vladimir Kramnik recently gave a fascinating interview to Brazilian film maker Clara Cavour, in which he explained that his chess achievements surprised him given he’s never been competitive by nature. He also talks about chess as art, whether he considers himself a genius and his match against Garry Kasparov. We bring you the video and some edited quotes.

Clara Cavour met Kramnik in the conference room of a Paris hotel, apparently just after he’d returned from the Candidates Tournament in Russia. As she describes on her website, Kramnik gave her “a good afternoon chatting about art, beauty, life and chess”.

The following are some highlights, edited a little to avoid repetitions and other problems associated with the spoken word:

On whether Kramnik considers himself an artist

Yes, I do. It might sound strange, of course, because people say chess is a more mathematical game, but in fact it’s too complicated to calculate it out. Every top player has his own style of play, like a painter. You see a painting and say, this is Modigliani, because you can’t confuse him with anyone else. It’s the same with chess players, which means it’s also an art.

I’m also from an artistic family. My father is a painter and my mother a musician. When I started playing in what was still the Soviet Union chess was very popular — one of the most elite artistic professions, even maybe more so than classical music or painting. Chess was really at that time a top and very respectable thing to do. That was maybe one of the reasons why I started to play chess and why I continued, because otherwise I would probably be in art anyway, but another kind of art, like painting or music — although I’m quite ungifted in both of those areas, so I’m not sure I would have been good!

Is he a genius?

I don’t think I’m a genius, and you don’t need to be a genius to be a top chess player… I don’t actually care at all if they call me a genius, but the ability to learn is what I notice in common with all top players, and not only top players but also top musicians. I know something about musicians. In their area they learn in just a second, and that’s what can be called talent.

What makes a beautiful game of chess 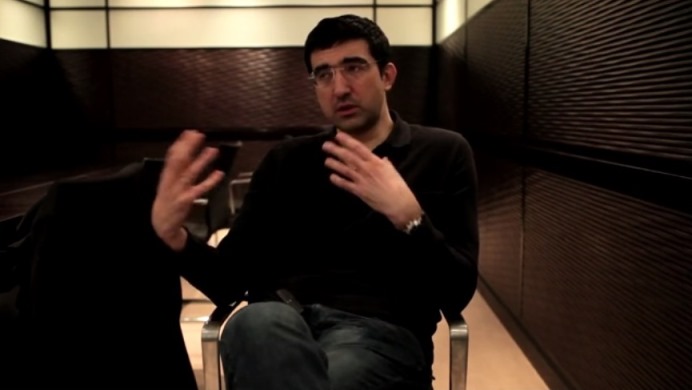 For me personally a beautiful game of chess is a game when everything was very logical and very well-built and performed from the beginning to the end. For me this is the highest definition of mastery in chess. When you see a game and everything, millimetre by millimetre, is perfect. For me it’s perfection, while for many other players it’s more about imagination and even some very strange and sometimes even wrong decisions, something absurd or abstract — like in art. I’d say I’m more a classicist. I prefer the classical art of the 17th century and it’s the same in chess. I like the beauty and purity of the game.

Compared to life chess is very strict, in a way. In life you can be lucky — you can be born in a very rich family, you can do crazy things, but still get away with it. In chess you won’t. You’re going to lose.

I remember when I played my World Championship match in 2000 against Garry Kasparov. During the match, which took around 3 weeks and 16 games, I think I lost 10 kilos, without a diet or anything, just because it’s really energy-consuming.

When you have two small kids it’s not that easy, especially compared to my young opponents who are usually not married and are 20, 25 — most of my top opponents are at this age. Of course you give a certain handicap, but it’s ok. Anyway, chess is not the most important thing in life. It’s clear that private life, private relations, family, kids are much more important, so I’m happy the way it is, but I fully understand that one day will come when probably I’ll not be able to compete with the best players in the world on equal terms.

On how competitive he is

I’m very strange in this. I’m not a typical chess player, or a typical sportsman. In fact, I’m quite surprised that I managed to achieve quite a lot in chess, because I’m not a sportsman inside myself. Actually I don’t care so much about competing — I don’t care about being the best. For me it’s never personal, the game of chess.

Most of them, like Magnus, Garry, Karpov, were crazy about winning in anything they were doing. Even if they played cards or whatever you could see that they really badly wanted to win. I really never cared so much. I like tennis or football, but when I play I don’t care whether I win or not. I just enjoy playing. 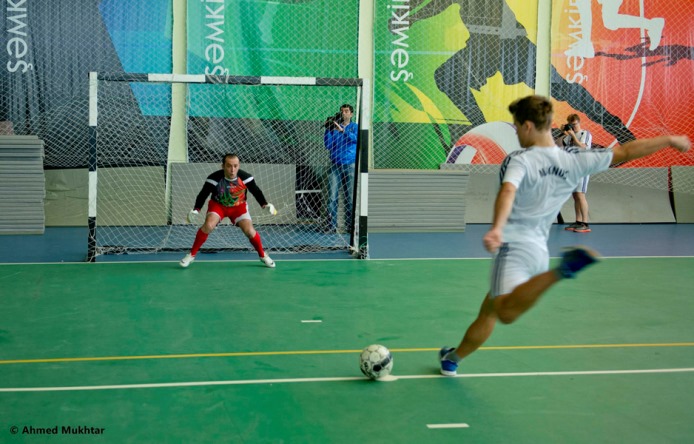 In a way it’s the same in chess. Of course I care about winning, but it’s not a goal, it’s not a complete must. I never was fixated on the result, and that’s very unusual for chess. Most of the players are very determined to win. I was not. I don’t know how it works. I’m really an artist in my attitude, I guess. I enjoy the game. For me my main motivation is to do my best, to perform, to jump over my head — to do something that’s on the edge of my limits.

When I had a chance to play Kasparov for the World Championship match it was probably the peak of my career. I probably played my best chess ever, because for me it was a challenge. Not because I wanted to win — just that it was the highest possible challenge. He was not only the best player of that time but also at the top of his rating. He was at the complete top of his career and that was a challenge for me, and in a way that I managed to win was partly unexpected for me. I knew I could do it, but I wasn’t sure about it. But from the other point of view, that’s probably why I managed to do it, because it forced me to give everything.