Ok, it’s time to confess! Although Vladimir Kramnik did advise the young participants of the Julius Baer Challengers Chess Tour not to flag their opponents, he never called it the mentality of a loser. That was an April Fool’s edit… What he did warn the players against was cheating in their games by using engine assistance. He explained that a young player who does that shows no faith in themselves and has “no chance to become a really top player”. 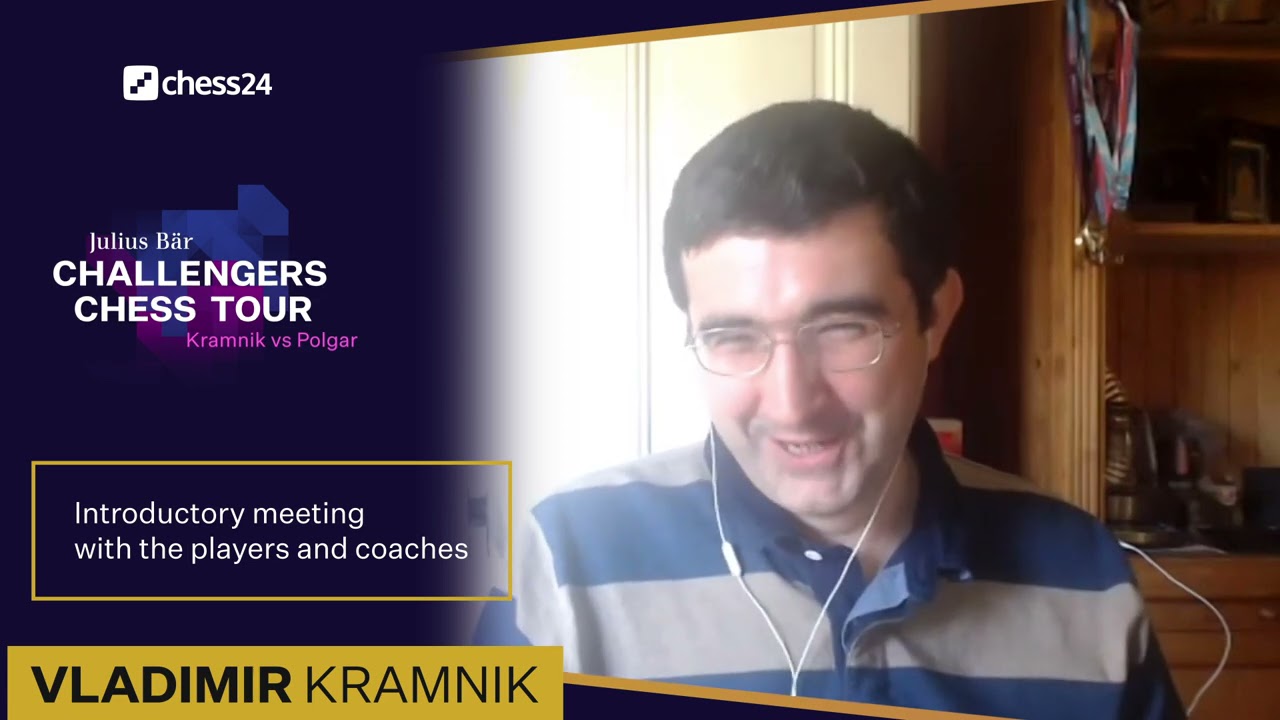 The Julius Baer Challengers Chess Tour starts with the Polgar Challenge from next Thursday, April 8th. It will bring together 20 of the best young talents (10 male, 10 female), who will be captained by Vladimir Kramnik and Judit Polgar and also have access to star coaches who include Hou Yifan and Boris Gelfand. More details are coming very soon, but there was a private opening meeting on Wednesday 31st March where most of the players got to meet their coaches for the first time.

Among those who made a speech was Vladimir Kramnik, and although everything quoted in our article on April 1st was said – including that Sergei Tiviakov and Konstantin Sakaev were considered the most talented Soviet juniors of his generation – the order of the comments on cheating/flagging was reversed to make it seem as though he’d ranted about flagging to win on time. Vladimir had nothing to do with it.

If you fell for it, you’re at the very least not alone!

In fact it seems almost no-one spotted the skulduggery…

Here’s the full speech by Vladimir:

And here’s what he said about using an engine to cheat and, finally, flagging:

The last thing, I would also like to touch the quite important matter nowadays, since we are playing online, and it’s not only concerning online chess, but I’ll tell you one thing. Of course we all know, I’m sure, none of you who participate in this tournament ever tried to use any assistance during a game, let’s put it this way, but in any case, I just want to tell you, it’s my message to all the young generation, to all the participants of the event. First of all, this is, to put it very mildly, very dubious from a moral point of view. Second, everybody should understand that sometimes, if somebody’s using, any player, of any age, is using from time to time the help of a computer, it is visible for all top level players.


It’s very often people think that if they’re not banned, it means they got it right. No, no, I can assure you, no!

And on top of it, I’m sure there will be a certain algorithm in future which would be really be extremely precise and they can go back and check the games, so all in all, to all players, because that is quite an important point nowadays, it will not go unnoticed. It doesn’t mean necessarily, since it’s difficult to prove, legally, it doesn’t mean necessarily that it will be open to public, but everybody should understand that we understand, when it’s happening, we see it, we understand it, and top players we discuss and so on.

That is the second part, but the most important part is what I would like to tell, that actually,

I think that any player, any young player, who is trying to do this, has no chance to become a really top player, because it is a loser’s mentality.

It’s the mentality of a loser. Because the victory achieved by the help of the machine actually has no value, it’s a victory of the engine, it’s not a victory of a player, and then in a way it’s showing a lack of confidence. It means a player does not believe he can do it himself, he simply has no faith in himself, and that is very important. All the best players in the world, I know from the junior time, including myself, ok, I was not sure I’m going to be a very top player, or especially World Champion, but I always felt I have a chance, and it’s very deep inside me, you know. Ok, if I play Garry, I have a chance, I have to try my chance, and so in a way, using a certain external help is giving up, actually it’s giving up.

It’s just telling, ok, I’m weak, I cannot win myself, so I’m trying to use some help, and this mentality is really the mentality which would stop a player at some point on to go further, because you need this deep, deep confidence, I can do it and I want to do it on my own.

So those are the reasons. Actually, I mean again, I’m not telling it just for all of you, but for all players, especially young players, never ever do it! There is no positive moment in it. There are just negative moments, you will pay for it a very high price later on, or maybe very soon. I’m sure you’re not going to do it and you’re not doing it, and I’m very happy about it, but still, I just wanted to make this point, that there will be a fair competition, don’t try to flag, also don’t try also to win on time in a totally drawish position.

Try to win a game because you are better than your opponent, and that is the only thing which gives satisfaction.

Kramnik will be joining Judit Polgar to commentate on the action in the upcoming Julius Baer Challengers Chess Tour!