Kramnik & Short to commentate on the Candidates

Vladimir Kramnik will commentate live for chess24 on the first eight rounds of the 2020 FIDE Candidates Tournament. The 14th World Chess Champion will be joined by Jan Gustafsson and Lawrence Trent, while former World Championship Challenger Nigel Short will then step in for Vladimir for the final six rounds. The 8-player Candidates Tournament starts on 17th March in Yekaterinburg, Russia and will determine who plays Magnus Carlsen in a World Championship match this December.

The Candidates Tournament is the second most important event in chess and arguably the most exciting. Eight players will face each other twice over a gruelling 14 rounds to decide Magnus Carlsen’s next challenger, and no-one will be holding anything back. It’s been gruelling even before it began this year, with Teimour Rajdabov sensationally dropping out over coronavirus fears, meaning French no. 1 Maxime Vachier-Lagrave finally got the chance to play a Candidates Tournament.

The best place to watch will be right here on chess24, since we’re privileged to have Vladimir Kramnik commentating live on the first eight rounds. In 2000 Big Vlad pulled off the almost impossible – winning a World Championship match against a Garry Kasparov who was still at the height of his powers. Vladimir held on to the title for seven years (defending it against Peter Leko and Veselin Topalov) and although he retired from classical chess last year he still won bronze in the 2019 World Blitz Championship just a few months ago. Here he is beating Alireza Firouzja in brilliant style in the penultimate round:

Nigel Short has also played a World Championship match against Garry Kasparov and will be reunited with Grandmaster Jan Gustafsson, after the pair previously commentated together on the GRENKE Chess Classic. The plan is to have Jan together with Vladimir and then Nigel in our main Hamburg studio, while Lawrence Trent will be next door introducing our FantasyChess Contest, quizzes and more. We also hope to have a certain Magnus Carlsen phoning into the show from time to time!

We're also going to have commentary at least in: 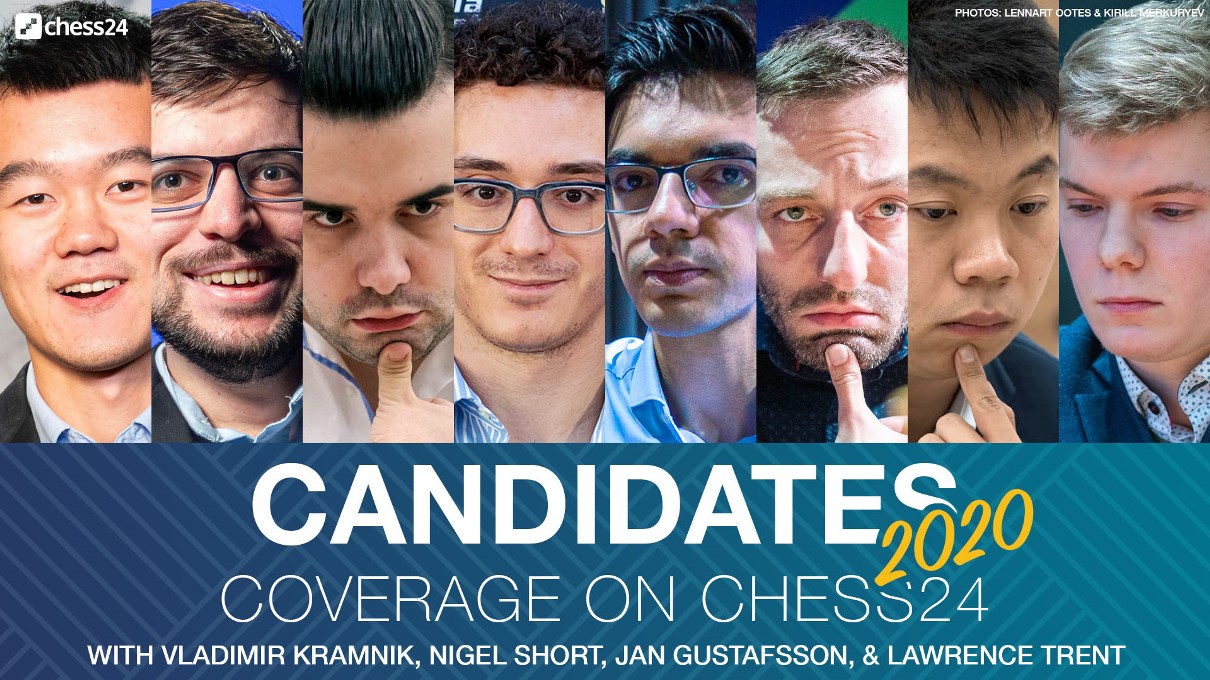 You can find the full pairings, and the starting times wherever you are now, by clicking on any of the games below to go to our broadcast page. That’s where you’ll find the commentary as well as computer analysis of all the moves, chat, a 7-million game database and much more:

For a preview of the 2020 Candidates Tournament check out the following video series by Magnus Carlsen seconds Laurent Fressinet, Jan Gustafsson and Peter Heine Nielsen (a Maxime Vachier-Lagrave update is coming soon after he was a late addition to the line-up!): 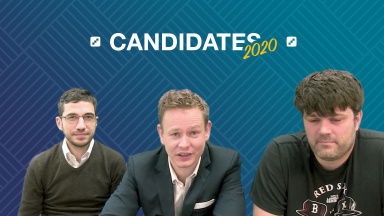 We’ve also been taking a look at the players in a series of articles based on those videos. So far we have:

If you take out a Premium Membership now you can not only watch that 5-hour series and dozens more for free, but during the Candidates Tournament broadcast you’ll be eligible for special Premium-only prizes from our FantasyChess competition.

Read more about FantasyChess and get involved now!

There will also be other quizzes and contests and a chance to take on some of our commentators in Banter Blitz.

There are three special promotions on offer (sorry Anish!) depending on the voucher code you enter when you go to our Premium page - GIRIDRAW, KRAMNIK_MUG or CANDIDATES2020:

We hope you’ll join us for one of the most exciting events in chess!