14-year-old Vincent Keymer will take up the gauntlet of playing Magnus Carlsen, Fabiano Caruana and co. in the 2019 GRENKE Chess Classic after finishing ahead of almost 800 players in last year’s open. This year’s 10-player field again features Top 10 stars Vishy Anand, MVL and Levon Aronian, while Peter Svidler and Paco Vallejo make their debut in the event. Jan Gustafsson and Peter Leko will commentate on the official live broadcast produced by chess24. More than 1500 players have signed up for the GRENKE Chess Open, with registration still possible!

This year’s GRENKE Chess Classic is again starting on Easter Saturday (20th April), with five rounds in the Karlsruhe Congress Centre before the action moves to the Kulturhaus LA8 in Baden-Baden for the final four rounds (26-29 April). 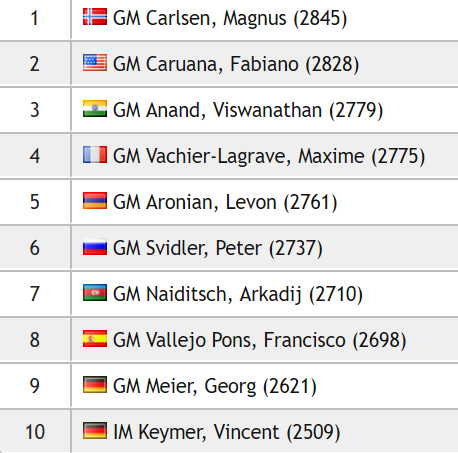 The players missing from last year are Nikita Vitiugov, Matthias Bluebaum and Hou Yifan, who are this year replaced by Peter Svidler, Paco Vallejo and Vincent Keymer. Peter of course needs no introduction, while the same generally applies to Spanish no. 1 Vallejo, though it’s curious to note that the last time he got to play classical chess against the World Champion was seven years ago back in the 2012 Grand Slam Masters Final. Those two games didn’t go so well, but in the same event a year earlier in Sao Paulo, Brazil, Magnus got into time trouble and memorably blundered and lost to the Spanish star.

Germany's Vincent Keymer earned his place when as a 13-year-old 2403-rated player in 2018 he scored a stunning 8/9, including beating Richard Rapport in the final round, to take clear first ahead of a host of top players. At the time he wasn’t sure whether he’d take on the baptism of fire of playing against the world’s very best players, but he’s decided to go for it! Surprisingly he’s still an international master, but if the 2509-rated Vincent can avoid getting bullied too much by the big guns he’s got an excellent chance of picking up his final grandmaster norm. 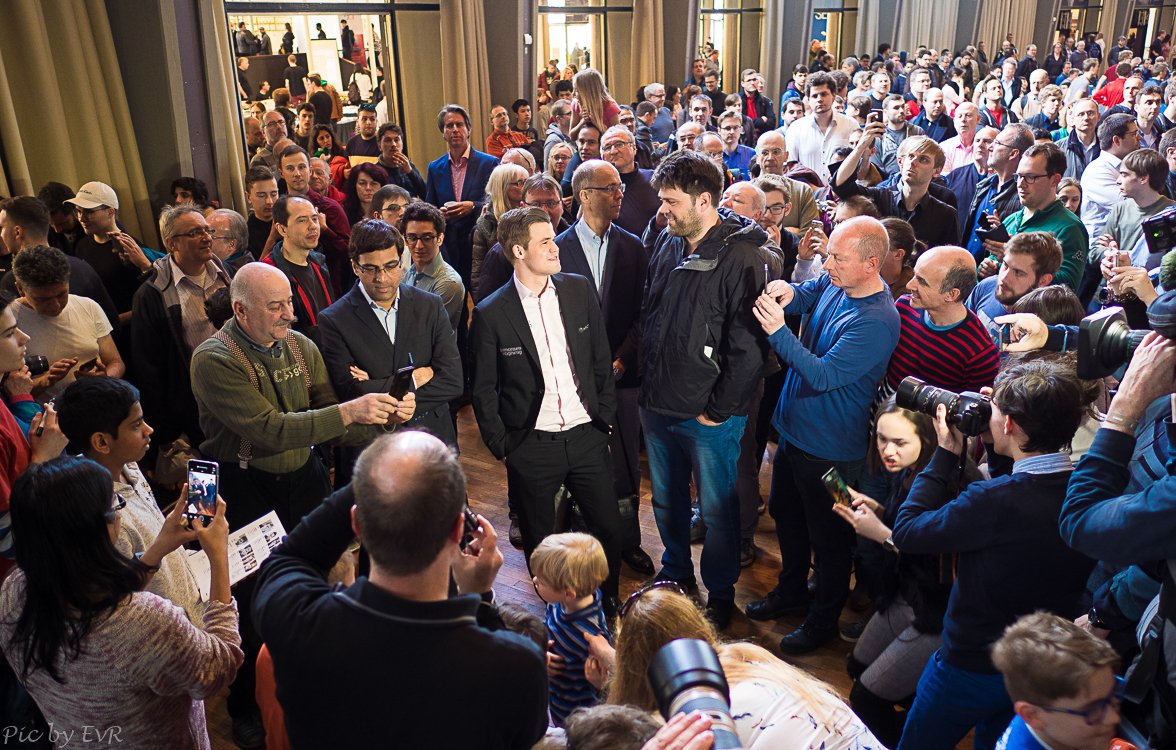 The favourites to win the event are obvious, though it’s a curiosity that no-one has yet won the GRENKE Chess Classic twice - and all five winners play in this year's 6th edition:

Last year Fabiano survived a lost rook ending against Magnus in the first round...

...and then never looked back, putting in a Berlin Candidates-style performance to score 4 wins (3 with the black pieces) and finish a full point ahead of 2nd-placed Carlsen (2 wins, 7 draws).

Once again chess24 will be providing the live broadcast from Karlsruhe and Baden-Baden, with Jan Gustafsson and Peter Leko reunited. If you want to see them, and some other pretty decent players, in person, you might consider signing up for the GRENKE Chess Open, which has already attracted a stunning 1500+ players across its sections. That runs from the 19-22 April (Good Friday to Easter Monday) in Karlsruhe and currently has 2017-winner Nikita Vitiugov as top seed. 12-year-old Gukesh from India, the second youngest grandmaster in history, will be among those trying to “do a Keymer”.

That’s all in under one month, but we don’t have to wait that long to see the very best players in action! Carlsen, Ding Liren, Mamedyarov, Giri, Anand, Grischuk, Radjabov, Karjakin, Topalov and Navara are all playing in the Gashimov Memorial in Shamkir, Azerbaijan from this Sunday March 31st until April 8th. You’ll be able to follow all the action live here on chess24.

For more details of upcoming events check out our regularly updated 2019 Chess Calendar.