The beast is back! Garry Kasparov will take another shot at competitive chess starting Tuesday at the Chess960 Champions Showdown in Saint Louis. He will play a 20-game rapid and blitz match against Veselin Topalov with the starting positions randomized. Four other match-ups will also take place: Nakamura vs. Svidler, So vs. Giri, Shankland vs. Vachier-Lagrave, and Aronian vs. Dominguez.

The chess world was shaken in 2017 with the unexpected return of Garry Kasparov to a rated event. The "Beast from Baku" was the wildcard at the 2017 Saint Louis Rapid & Blitz Championship, where he showed his fighting spirit has not disappeared with the years. Garry finished 8th and did not look too satisfied with outscoring strong active players like Anand and Navara. He did manage to deliver some nice mating attacks in the blitz, however, like this one against Fabiano Caruana:

There was a lot of talk regarding Kasparov being invited again as the wildcard in this year's edition of the Rapid & Blitz event in St. Louis. When it was announced that Dominguez would occupy that slot, it seemed like seeing Garry in action again was not on the cards. However, the Sinquefields managed to include the former World Champion in the Champions Showdown that starts this coming Tuesday.

The tournament will have a very appealing format for those who want to see a change from the usual super-GM round-robins. The official website has presented the event formula as follows:

The tournament will last four days (from Tuesday until Friday). The first three days, the participants will play two rapid games followed by two blitz games — all four games will be played with the same starting position. On Friday, on the other hand, they will play the remaining eight blitz games — the starting positions will be drawn twice, once at the beginning and once before the final four games. 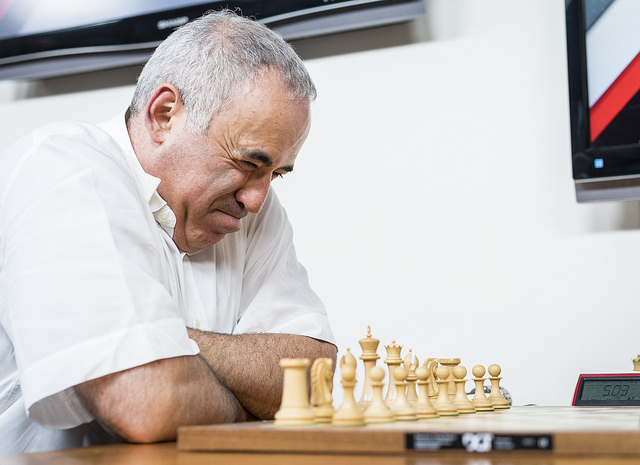 Kasparov's rival will be Veselin Topalov, who has been playing sporadically in top events with mixed results. The Bulgarian played a 4-game classical match against Ding Liren last month and lost 3-1. His previous tournament had been the one in Shamkir, where he started strongly but finished with three straight losses for a 4/9 score. Interestingly, Kasparov's last official classical game in Linares 2005 was played against Topalov — the Bulgarian won that game, but Kasparov took first place anyway. 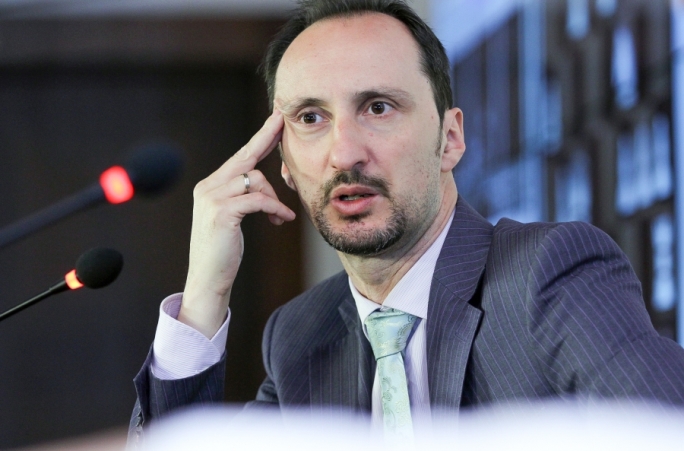 Although Kasparov's presence tends to mean all eyes are focused on him, the organizers have put together four other very interesting match-ups:

Nakamura vs. Svidler: The American had great results in the Rapid & Blitz tournaments of the GCT, but now will have to face a well-rested Svidler. These two very creative players will certainly show interesting ideas in this format.

So vs. Giri: Known for their solid principled chess, So and Giri will have to do without their home preparation in this event. They are also the youngest players in the field, so their high energy levels will make for very interesting blitz games on the final days.

Shankland vs. Vachier-Lagrave: A very motivated Shankland will try to repeat the success he achieved in his last visit to Saint Louis. He will have a tough task ahead, however, as MVL is known for his skills at accelerated time controls.

Aronian vs. Dominguez: The Armenian was one of the strongest Chess960 players when this format made its appearance in top level chess. Dominguez will probably counter Levon's creative play with quick moves and practical play. 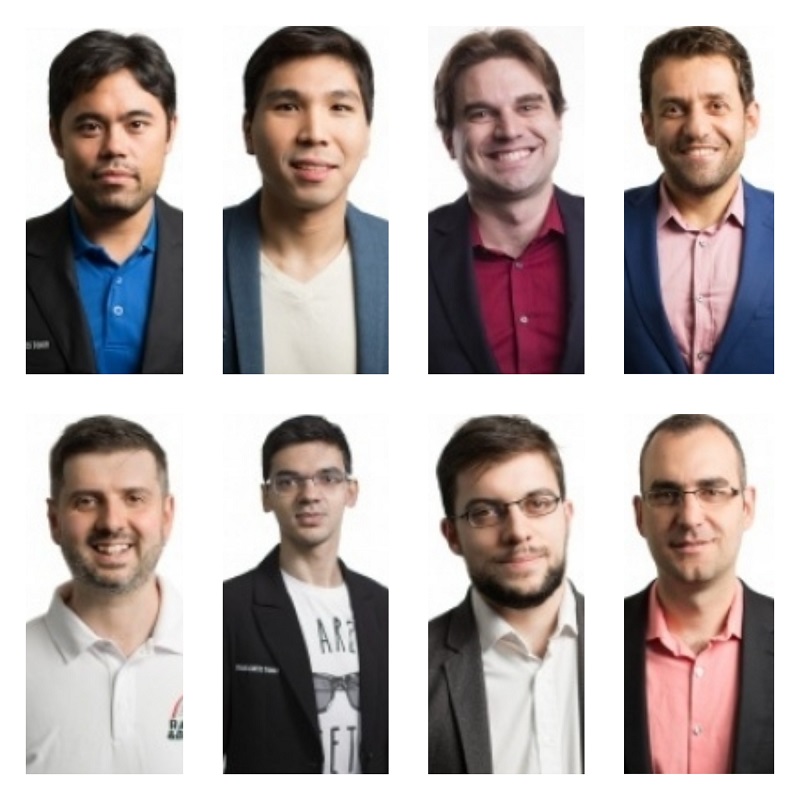 On a final note, the organizers have taken into account the possibility of reviewing the starting positions with computers. They made sure the players would deal with the new positions using only their brains... and human assistance, if they wish to:

Positions will be drawn in the playing hall. Once drawn, players will have time to prepare, but must remain in the playing hall. Players may have a second to assist, but may not use electronic devices such as computers or phones. The Chess Club’s video production team will have the right to record players during their preparation and may use that content on the show.