12 years after Garry Kasparov retired from chess in 2005 he’s returning next month as a wild card for the St. Louis Rapid and Blitz leg of the 2017 Grand Chess Tour. That means Garry will face off against the likes of Hikaru Nakamura, Fabiano Caruana, Levon Aronian, Sergey Karjakin and Vishy Anand, with rating points and a $150,000 prize fund at stake. He won’t play Magnus Carlsen, but the World Champion does play alongside the other eight tour regulars in the classical Sinquefield Cup. We’re delighted the wildcard there is Peter Svidler. 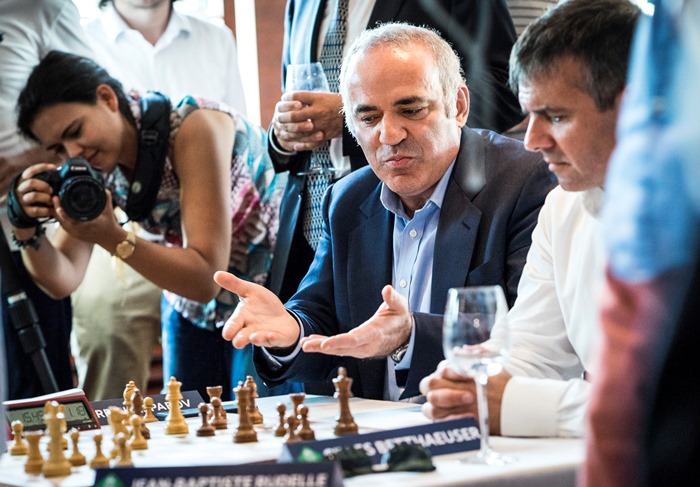 You could see in the Pro-Am event at the launch of the 2017 Grand Chess Tour in Paris that Garry Kasparov had lost none of his famous intensity | photo: Lennart Ootes

You have to feel a bit sorry for the players other than Wesley So and Maxime Vachier-Lagrave, who must have been feeling pleased they’d chosen to play the St. Louis Rapid and Blitz and therefore escaped the ordeal of playing Magnus Carlsen, at least in one event. But you get rid of one potential GOAT and another comes along to replace him!

Garry has been living his career in reverse for the last few years. In 2015 he was tempted back by the guys in the Chess Club and Scholastic Center of St. Louis to play a 2-day blitz and rapid match against his old rival Nigel Short. The result became known as the St. Louis Massacre. Then in 2016 Garry graduated to taking on the current world elite as he faced off against Hikaru Nakamura, Fabiano Caruana and Wesley So in a 4-player blitz event after the end of the US Championship. 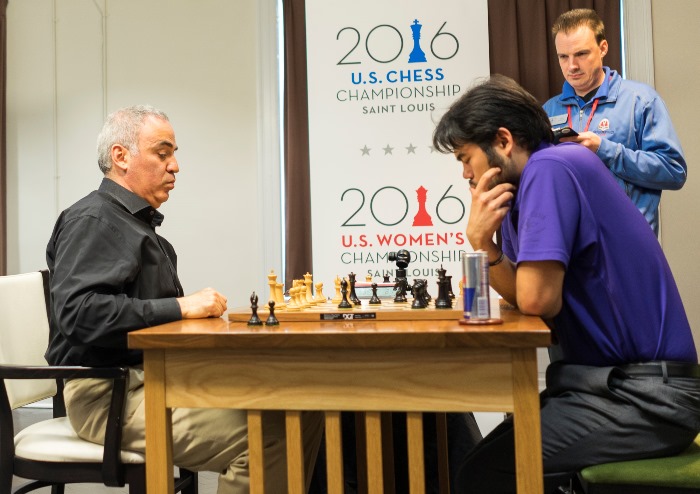 Garry finished narrowly behind Nakamura and So but above Caruana, winning his mini-matches against both Hikaru and Fabiano. It was clear he still had it!

Now this! Garry will play in the St. Louis Rapid and Blitz, which has exactly the same format as the Paris and Leuven events we just enjoyed over the last couple of weeks. 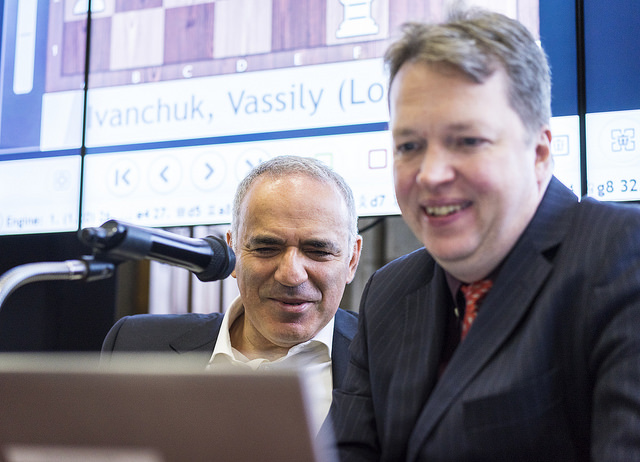 Garry's commentary on the Leuven Grand Chess Tour alongside Nigel Short is now revealed to have been a reconaissance mission! | photo: Lennart Ootes

That means for the first time since his retirement Garry will be playing FIDE-rated rapid and blitz games, featuring on lists that didn’t exist when he was dominating the world stage. Garry shared the good news...

I told him, 'Garry, you understand it’s rated so there’s some pride and ego on the line, right?' He said, 'Absolutely.' He was ready to play.

It’s not going to be easy, even for Kasparov, with a formidable list of tour regulars topped off by former World Blitz Champion wildcards Le Quang Liem and Leinier Dominguez:

Kasparov stressed that this is the first time he’s “officially” back since his retirement:


It's a thrill to officially be returning to the game, and certainly not something I would have anticipated more than a decade after my retirement. Coming back to the board in Saint Louis is truly an honor – I wouldn't want to commemorate this moment anywhere else.

Is 2018 the year we’ll finally see Garry back playing classical chess, before in 2019 he launches a bid to regain the World Championship title? We can dream… 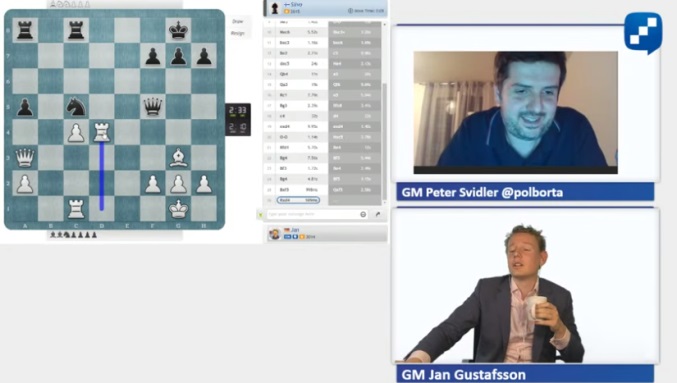 Later this summer Peter Svidler won't be able to act as Jan's "brain" during some banter blitz mayhem, as he did on 4th July!

That wasn’t the only announcement from St. Louis, though. Before the rapid and blitz starts on August 14 we have the fifth edition of the Sinquefield Cup from 2-12 August, and again there’s a mouth-watering line-up:

Peter Svidler is back by popular demand as a wild card and will be looking to improve on last year, when two losses at the start derailed his event, though he ultimately managed to beat and finish above Anish Giri. 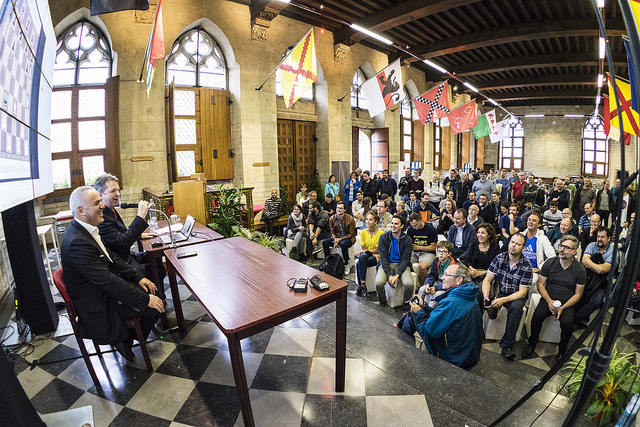 We can expect a huge internet audience when Garry is at the board and not just commentating on the action | photo: Lennart Ootes

It’s set to be a great summer of chess – check out more of the events that are taking place in our 2017 Chess Calendar.