Kasparov and Short to meet again 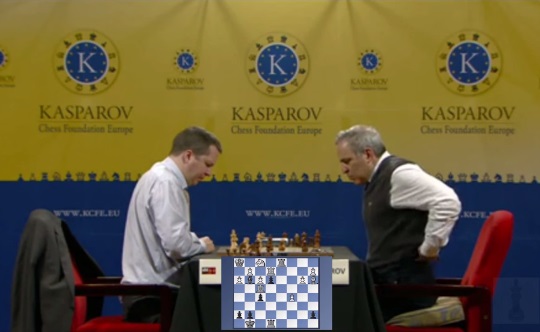 Garry Kasparov and Nigel Short will play a 10-game rapid and blitz match in Saint Louis later this month. The “Battle of the Legends”, or “Clash of the Aging Titans” as Short christened it, will recall both the 1993 World Championship match and an 8-game blitz match played in Belgium in 2011. Kasparov won both, but will he still come out on top after ten years away from professional chess?

Let’s get straight to the details. The match in Saint Louis will take place on the 25-26 April, with one rapid game (25 minutes + a 10-second delay) and four blitz games (5 minutes + a 3-second delay) each day. It won’t be rated, but it’s unlikely Garry and Nigel will approach it with anything less than 100% commitment.

In the official announcement Kasparov was quoted as saying:

Rapid and blitz chess are - as the name suggests, fast and furious. The smallest mistake can ruin a strategy quickly. It’s not often that I get to play Nigel and relive that moment on the chess world stage in 1993, and we’re both excited to have Saint Louis as the venue for this exhibition. An international spotlight has been shown on the city thanks to the efforts of the Chess Club and Scholastic Center, advancing chess through its combination of research, scholastic programs and these high-profile events and exhibitions.

The match comes shortly after the 10th anniversary of Garry Kasparov’s bombshell announcement that he was quitting chess, made after the final game of Linares 2005. Since then Kasparov, now 51, has played only exhibition games, redirecting his enormous energy into taking on the likes of Russian President Vladimir Putin and FIDE President Kirsan Ilyumzhinov. Nigel Short, meanwhile, is 49, but has remained active in chess and is by far the oldest player in the world’s Top 100 – in fact he’s currently rated 2678 and world no. 64. It’s going to fascinating to see if we’ve finally reached the tipping point at which Short’s recent practical experience might outweigh Kasparov’s career-long dominance.

Let’s take a brief glance at their record:

Their rivalry began in Dortmund, Germany 35 years ago, when Garry Kasparov won the World Junior Championship with 10.5/13, but a younger Nigel Short drew against him and finished clear second on 9/13. 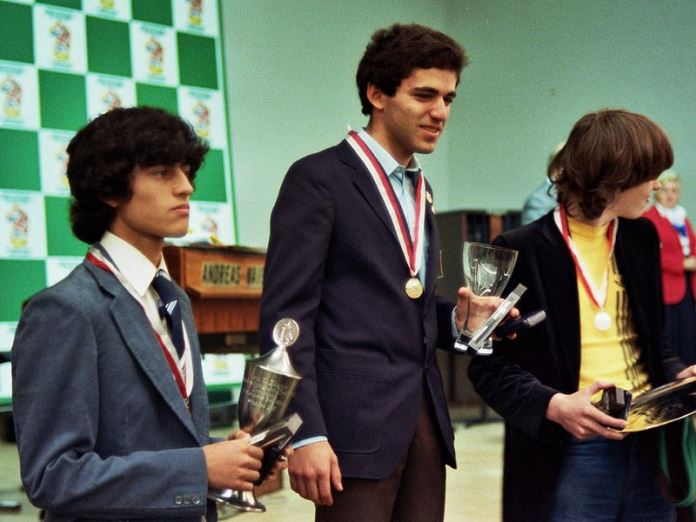 In the years that followed Kasparov proved hard for Short to live with, just as he did for almost everyone else in world chess, and the lifetime score is 24 classical wins for Kasparov to only 2 for Short, with 26 draws.

The chess world had become so used to matches between Kasparov and Anatoly Karpov that it was a true shock to the system when Short followed up victories over Jon Speelman and Boris Gelfand by beating Karpov 6:4. He then downed Jan Timman to set up a World Championship match with Kasparov that was full of drama even before it began, with the players forming a breakaway organisation after a split with FIDE.

Kasparov quipped before the match in London that “my opponent is Short and the match will be short”, which did turn out to be the case, though the 12.5-7.5 scoreline was a poor reflection of the excitement generated. Short only lost the first game on time after rejecting a draw, and in a series of games proved that it was possible to inflict damage on Kasparov with all-out attacking chess.

Game 8, for instance, was a thriller:

Alas, Short failed to land the final blow until a consolation win in game 16. 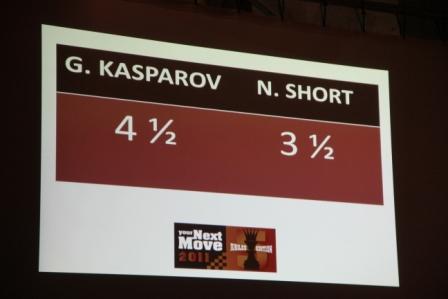 This 8-game blitz match was the highlight of the 3-day “Your Next Move” chess festival that took place in Leuven, Belgium in October 2011. Although Kasparov was again the first to notch up wins, in games 4 and 5, Short hit back in games 6 and 7, including beating the great champion with the King’s Gambit!

Kasparov restored order to the universe by winning the final game, but when Short assessed his performance afterwards in an interview with Mikhail Golubev he noted:

It was better than I expected prior to the match. However I understood - probably for the first time in my life - as soon as we started playing that he was very vulnerable.

Will Kasparov be vulnerable again later this month, or will we witness the “monster with a thousand eyes” as he was once described by Tony Miles? Whatever happens, it’s bound to be fun, and you can expect the same brilliant live coverage that Saint Louis has become synonymous with.

Rumour has it that the exhibition match was originally conceived as the launch of the Golden League, a partnership between top tournaments – Norway Chess, the Sinquefield Cup, the London Chess Classic and a new event in Indonesia – aimed at creating a Grand Prix style series featuring the very best players. Details of that event were leaked in February, but we’re still waiting for an official announcement either on the League as a whole or the first event, Norway Chess, that will start in mid-June. 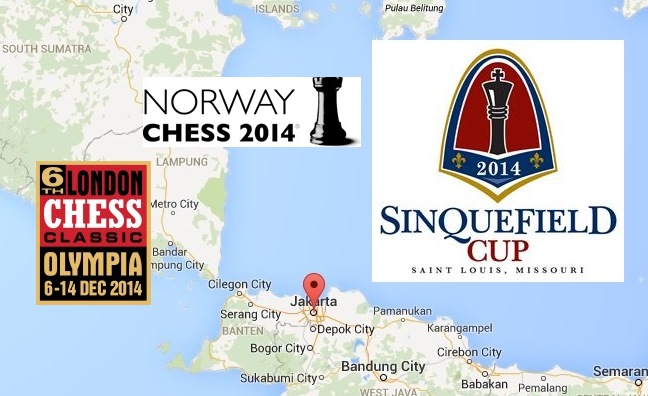 Will 2015 be the dawn of a new era of top-level chess tournaments?

With Kasparov and Rex Sinquefield heavily behind the new initiative the event in Saint Louis might be a good place to discover the latest plans! We’ll of course keep you updated here at chess24.