Alina Kashlinskaya beat Pauline Guichard in Round 6 to take the sole lead before the only rest day in the 2019 European Women’s Individual Chess Championship in Antalya, Turkey. The top seed in the 130-player event is Aleksandra Goryachkina, with the players competing for a top prize of 10,000 euros as well as 14 places in the next Women’s World Cup. Perhaps the most memorable moment so far was Maria Gevorgyan castling illegally and going on to beat Deimante Cornette. 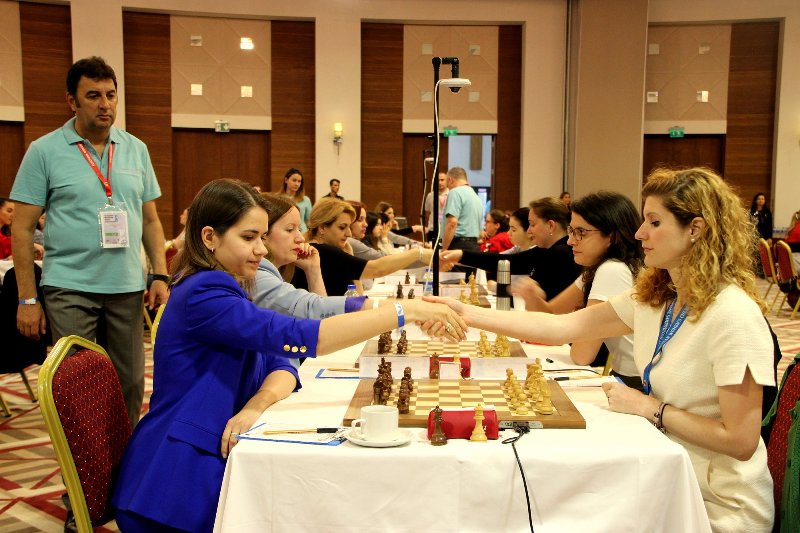 The 2019 European Women’s Championship in Antalya has had some of the best coverage we’ve seen yet for an official European event. There’s been live commentary each day from hosts GM Ioannis Papaioannou and IM Can Arduman, as well as regular guest appearances by the likes of GM Ivan Sokolov and IM Eva Repka. Every game is being broadcast live, and you can replay them all with computer analysis using the selector below:

The official website has daily news and photos, and the social media accounts have been some of the most active we’ve seen for a chess tournament.

The event has been extremely hard-fought, with it taking no less than six rounds to finally get a sole leader, Russian IM Alina Kashlinskaya, who is showing the kind of form that won her the women’s top prize at last year’s open on the Isle of Man: 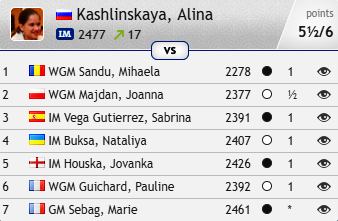 She’s needed to pull off one great escape, against Poland's Joanna Majdan in Round 2, but otherwise she’s impressed with some bold and spectacular chess:

Alina would later credit games against her husband Radek Wojtaszek for her choice of opening in that game:

The key game against co-leader Pauline Guichard in Round 6 saw Alina brilliantly exploit the inaccuracy 15…a3?! 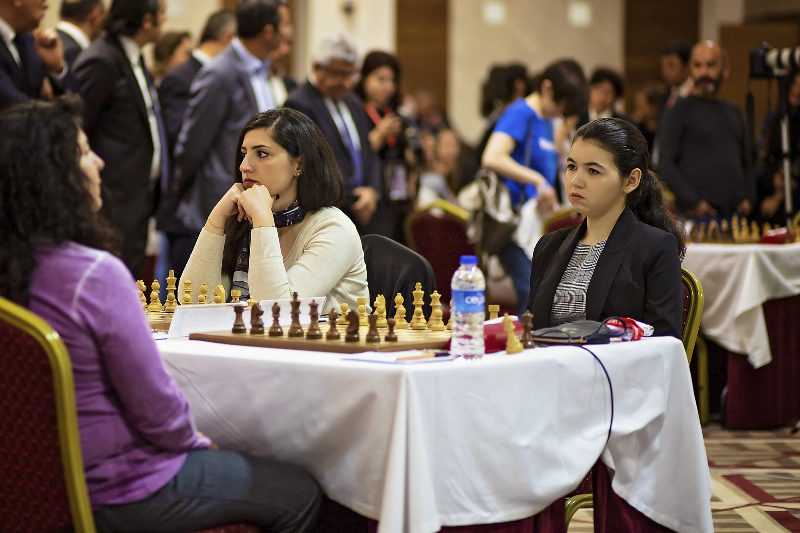 The tournament’s top seed, Aleksandra Goryachkina, is down in 12th place after conceding three draws, but it could have been much worse. In Round 1 the 20-year-old Russian Grandmaster was on the ropes with White against Spanish WGM Monica Calzetta: 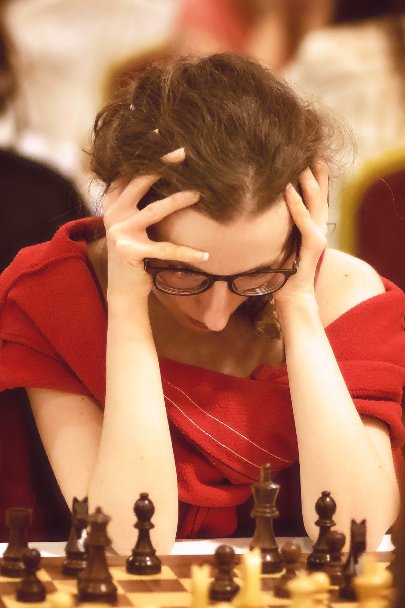 Marie Sebag won in 103 moves in Round 6 | photo: official website

French GM Marie Sebag was in clear 2nd place after six rounds, despite losing to Evgenija Ovod in Round 2. Her five wins included showing she knew how to mate with bishop + knight against Nurgyul Salimova in Round 6. The standings at the top with five rounds to go look as follows – note 15-year-old local player Sıla Çağlar has picked up 108 rating points so far!

As in any big open there have been some curious incidents. Spanish IM Ana Matnadze’s one loss so far has come against the legendary Pia Cramling. That could happen to anyone, but blundering a piece on move 9 was a bad start! As you can see, though, Ana is far from the first…

By far the most curious case, however, occurred in the same round when Maria Gevorgyan took on Deimante Cornette:

Since the move is of course illegal Deimante could have complained, in which case White, having touched the king, would be forced to play 24.Kd1, and 24…Qxd2# would end the game. Instead, Black immediately gave up most of the advantage with 31…Bh6?! (31…Rc8!) and actually went on to lose.

Although there are huge chess events like the GRENKE Chess Classic coming up, if you keep on watching the European Women’s Championship you’ll be in good company:

Follow all the games live here on chess24 from 14:00 CEST each day!