Favourites Malakhit are on the verge of victory in the Russian Team Championship after their leader Sergey Karjakin escaped with draws against Baadur Jobava and Gata Kamsky. With one round remaining a win against 8th seeds Politechnik should be enough to clinch the title, while Yugra still lead the women’s event with Viktorija Cmilyte maintaining her 100% record.

The middle stages of this year’s Russian Team Championship turned into a war of attrition, with the big match-ups between teams at the top decided by the finest of margins. 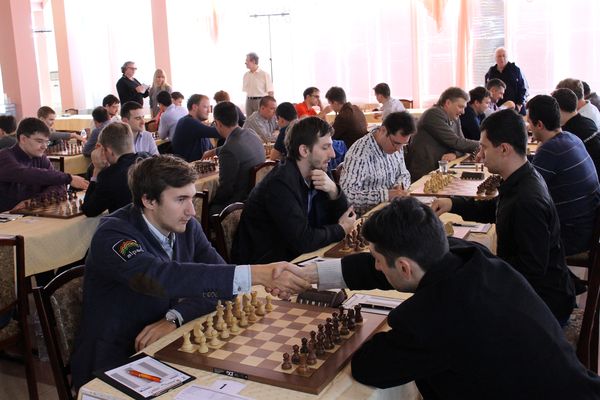 Karjakin (Malakhit) - Jobava (Universitet). It's clearly tough for Karjakin to play straight after the Candidates in Khanty-Mansiysk, but his tenacity has taken his team to the verge of victory | photo: Vladimir Barsky

Baadur Jobava-led Universitet have been the surprise package of this year’s Championship, and entered Round 4 tied on points with favourites Malakhit. They were close to taking the lead, but although Sergey Karjakin must have regretted heading for an ending where he was ultimately a pawn down, he held after 69 moves.

All the other games were drawn, and in fact there was only a single win in all 12 games in the top two matches – Cuban Leinier Dominguez's defeat of Russia's Ernesto Inarkiev. IM David Martinez takes a look at the key moments:

In chess time is fundamental. On this occasion I'm not referring to the seconds that overwhelm us in blitz games but to an initiative that allows one side to execute a plan before the other.

25. f3? Inarkiev commits a serious error of evaluation. This move threatens e4 and forces Black to make a breakthrough - but one that gives him an advantage!

25. e4 immediately was better, and after 25... dxe4 26. ♘xe4 ♗xe4 (forced to stop the knight invading the dark squares) 27. ♗xe4 the light-squared bishop, in contrast to the game, absolutely dominates the position. It's important to realise that none of the black pieces can easily establish itself on d5 since the knights don't have any rapid route to get there. 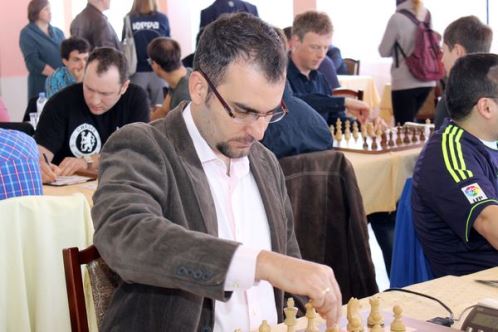 30. ♕f2 d4 Breaking in the centre so as not to give White time to reposition any of his pieces. We now enter a long semi-forced line:

That left St. Petersburg within a point of the leaders.

Round 5: The Jobava Variation 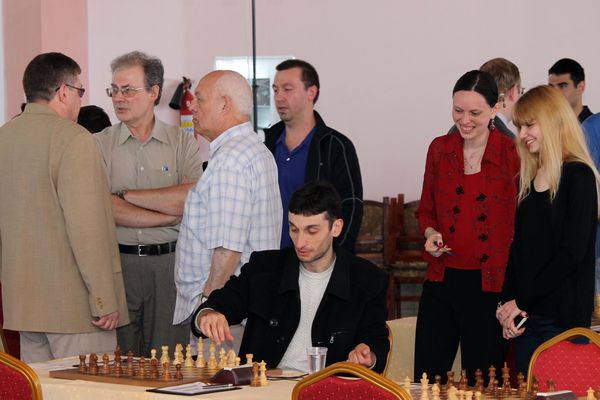 Jobava's play in the event has been drawing a lot of admirers! | photo: Vladimir Barsky

Dominguez won again in the next round (against Mikhail Kobalia), and it was again vital for his team – though this time only enough for a draw. Peter Svidler, meanwhile, joined Gata Kamsky in falling victim to Jobava’s eccentric 1.e4 e5 2.Nc3 Nc6 3.Be2!?

Jobava was asked whether this move could already be named after him:

No, I don’t think so. It’s simply that I play the Philidor with Black and it doesn’t go badly; so I decided that it should be even better with an extra tempo. I don’t have any hidden weapons so I can’t show them off! Instead I try to get elite players out of theory so they’re thinking on their own - so we’re on an equal footing. If I’m going to lose, then let it be in an equal struggle!

Jobava got nothing out of the opening, but in a long manoeuvring game he gradually improved his position until reaching the diagram position after Svidler’s 33…Qb8:

Another move of the same bishop, this time retreating with 34.Bd1, won the a4-pawn and later the game.

Malakhit took advantage of the deadlock between Universitet and St. Petersburg by scoring a 4:2 win over Yugra, with Alexander Grischuk continuing his march towards a 2800 rating with a win against Evgeny Tomashevsky, and Peter Leko winning an impressive positional game against Ernesto Inarkiev:

World Champion Magnus Carlsen has said in some recent interviews that you also need to appreciate creativity in strategic and even drawish positions. Hungarian Grandmaster Peter Leko demonstrates that such an appreciation is not something only Carlsen possesses.

Inarkiev is threatening to sacrifice on h6, so something has to be done about it...

24... ♖a5! A difficult move that has various virtues, though the principle one is that it makes it possible to play Nc5, attacking both d3 and the white bishop.

24... ♘xc1 is the move many of us would have chosen almost automatically, but after 25. ♖fxc1 ♖xa3 26. ♖c7 Black won't be able to advance the b-pawn and the normal result would be a draw.

27. ♖xb5 ♕xb5 28. ♗f5 A shrewd move by Inarkiev. His idea is to exchange on e6, and if Black takes with the pawn his structure will have been spoiled, while if he takes with the knight it will no longer be attacking d3...

28... ♕c6‼ A brilliant positional concept. Leko spots that with queens off the black structure won't be so weak while the white weaknesses are going to be permament. Very well evaluated!

29... ♗xf5 30. ♕xf5 ♖e8 The white rook and bishop are mere spectators. We can see here how difficult it is sometimes to "understand" our bishops - when they have no points of attack they can lose all their power, which is something that doesn't usually happen with knights (as they can attack on any colour of square). 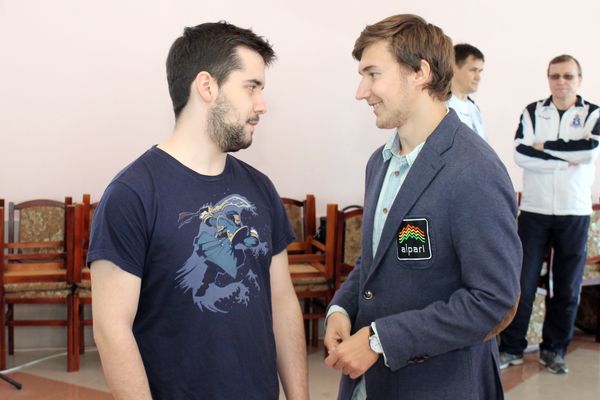 This was a shaky round for leaders Malakhit, who drew all the games of their match with Ladya after Sergey Karjakin survived by the skin of his teeth against Gata Kamsky. This was apparently the critical position:

59…Nd7! is the move the computers evaluate as a clear win. Black will queen his e or g-pawn and the knight prevents white from doing the same. Kamsky’s 59…Nf3 had a nice idea – after 60.Kxb4 he played the knight sac 60…Nd2 – but Karjakin was able to ignore that, i.e. sac his own knight, and push his pawns. In the end all four pawns were queened (!), but the dynamic balance wasn’t upset.


Since losing to Malakhit in Round 2 the Moscow team ShSM had been given an easy ride, with pairings against lower-rated teams. That ended in Round 6, where they faced Universitet in a crucial match for the final standings. Yet again it was close, with draws in 5 games, but Alexander Morozevich led his team to victory by overwhelming Evgeny Alekseev with an advance across the whole board:

Alekseev has cracked under the pressure by playing 32…exf4? – though Morozevich still had to find 33.Re2!. If Black had now continued with 33…fxg3 the game would be over after 34.Rxf6!. Alekseev struggled on, but the pawn avalanche soon became unstoppable. This is the position a few moves later, after 38.f5:

Now that's a pawn storm! Alekseev threw in the towel on move 41, leaving Morozevich’s team level on match points with Malakhit with one round to go:

However, Malakhit both have an edge on game points (the first tiebreaker) and much easier opponents in Round 7:

Malakhit failing to close out victory would therefore be a big surprise, though pressure can do strange things to players! The games will be live on the Russian Chess Federation website from 12:00 CET. 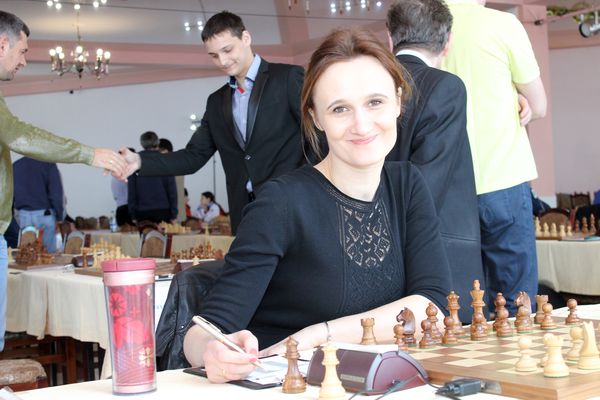