Kamsky vs. Henriquez – the Rematch

5-time US Champion Gata Kamsky and 3-time Chilean Champion Cristóbal Henríquez are playing a Banter Blitz Cup rematch this Monday 17 February at 19:00 CET. The match won’t change the outcome of the official match, which was won by 23-year-old Cristóbal after Gata quit four games in when he objected to what he called the “completely disrespectful” behaviour of his opponent. Some other choice words were spoken… but we’re very happy to get the players back at the board! 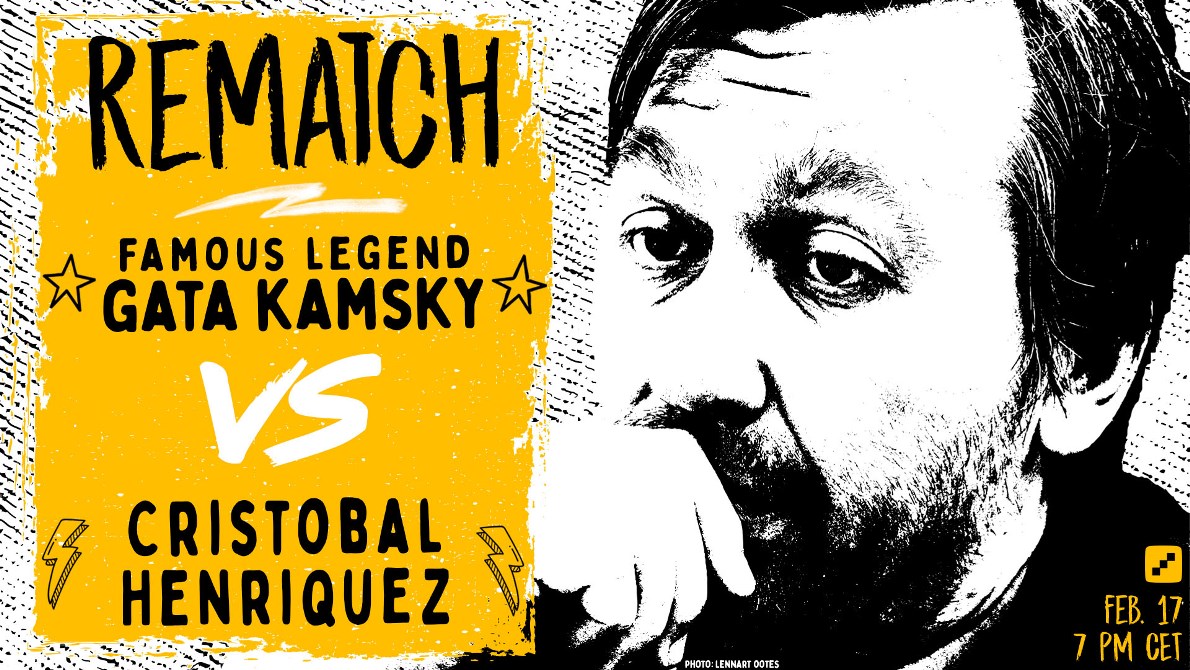 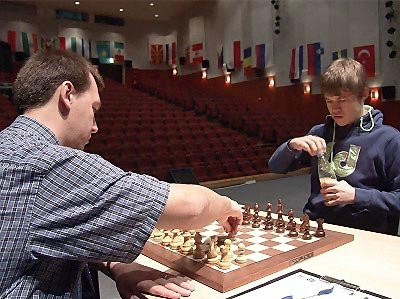 45-year-old Gata Kamsky, who was born in Russia but moved to the US as a 15-year-old, really is a chess legend. After twice winning the USSR Junior Championship he entered the Top 10 as an untitled 16-year-old in July 1990, before going on to terrorise the world’s best players for the next few years. He beat the likes of Vladimir Kramnik, Viswanathan Anand and Nigel Short in matches as he reached the final of the competing FIDE and PCA World Championship cycles only to lose the final matches to Anand and Anatoly Karpov. Shortly after that last blow he quit chess for 8 years, studying medicine and law before only finally returning to the game in 2004.

Even if Gata was rusty he still came close to the World Championship title, winning the 2007 World Cup, where he beat a promising 17-year-old named Magnus Carlsen 1.5:0.5 in the semi-final. After that, somewhat controversially, he needed to play a match against Veselin Topalov to qualify to play Vishy Anand. Veselin won 4.5:2.5, but while that was the end of Gata’s battle for the title he still went on to win the US Championship in 2010, 2011, 2013 and 2014, adding to a first title as a teenager back in 1991.

Kamsky in the Banter Blitz Cup

Gata Kamsky’s two matches in the Banter Blitz Cup were short. In Round 1 he faced 6-time Spanish Women’s Champion Sabrina Vega, and it was a case of class and rating winning out as he became one of just two players to win 9:0 so far:

Gata’s commentary was highly instructive, and fair play was in evidence as he offered a draw in the final game to try and avoid the whitewash:

It looks easy, but the score doesn’t tell the whole story. I think my opponent plays really well, especially in the openings, and then in the middlegames she has a feel for where the pieces go and everything, but it takes time to reach those decisions, while I had huge experience playing all sorts of positions so I have a more automatic feel for where pieces have to go without double-checking myself. That gives me a huge advantage, of course.

Time is always a factor in the Banter Blitz Cup, with just 3 minutes per player and no increment after each move. It’s not easy even for the very best players:

And time would dominate the short and not so sweet Round 2 match, where Gata took on Chilean GM Cristóbal Henríquez:

You can rewatch the "whole" match here:

Simmering anger Gata felt after his first loss of the Banter Blitz Cup exploded in the fourth game, when he let his clock run down in a lost position while explaining he was quitting the event:

No-one who watched it would forget the words used, and one phrase almost immediately circled the chess world...

While it’s possible to have a debate about the ethics of flagging – is it anything goes in internet blitz? – it was hard to have a debate here, since Cristóbal had clearly done absolutely nothing wrong (you can watch his Spanish stream here). In the 2nd game he had an extra pawn until the final seconds, and even if it was theoretically a draw almost no-one would have offered a draw in that position.

When the pawn dropped there was barely any time left, plus the joke about God and the lottery comes to mind – if you’re going to pray for a win it would help to buy a ticket, or here offer a draw! The “flag” on Kamsky's clock dropped, but it was hardly flagging. IM Greg Shahade summed things up well on Ben Johnson's podcast: 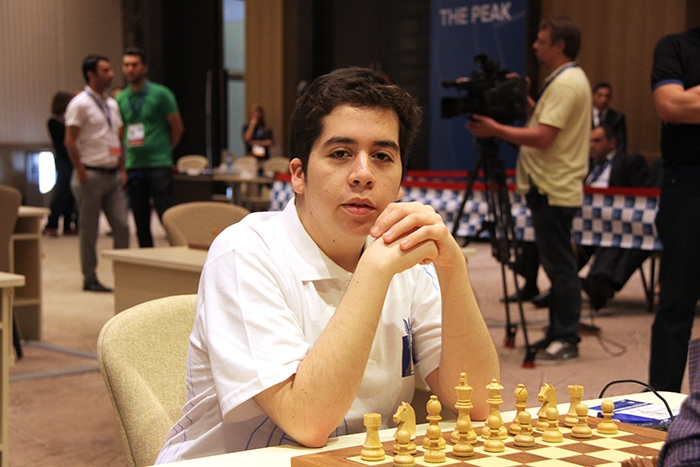 Gata Kamsky’s opponent is young, but already a 3-time national champion and the highest rated player in his native Chile. He also has some experience of beating legends, since he knocked Boris Gelfand out of the 2015 World Cup. In Round 1 of the Banter Blitz Cup he beat Polish Grandmaster and regular Vishy Anand second Grzegorz Gajewski in a hard-fought match:

Then, after the Gata incident, he went through to Round 3, where he met his match in 21-year-old German Grandmaster Alexander Donchenko:

As you can see, the new match won’t be for Banter Blitz Cup money or glory, but it’s a great chance to draw a line under an unfortunate incident. It should also be a lot of fun! This time round there’s a slightly different time control, with 3 minutes per player and a 2-second increment per move, while it’s best of 10 games i.e. first to 5.5 wins.

You can watch the action with live commentary by both of the players: