Judit Polgar: "This will be a really juicy Candidates"

The greatest woman ever to play the game, Judit Polgar, predicts a "juicy" Candidates Tournament, wants to see Ding Liren become the next challenger, and understands Magnus Carlsen's hesitation at playing another World Championship match. From today you can follow her FIDE Candidates Tournament commentary on chess24. 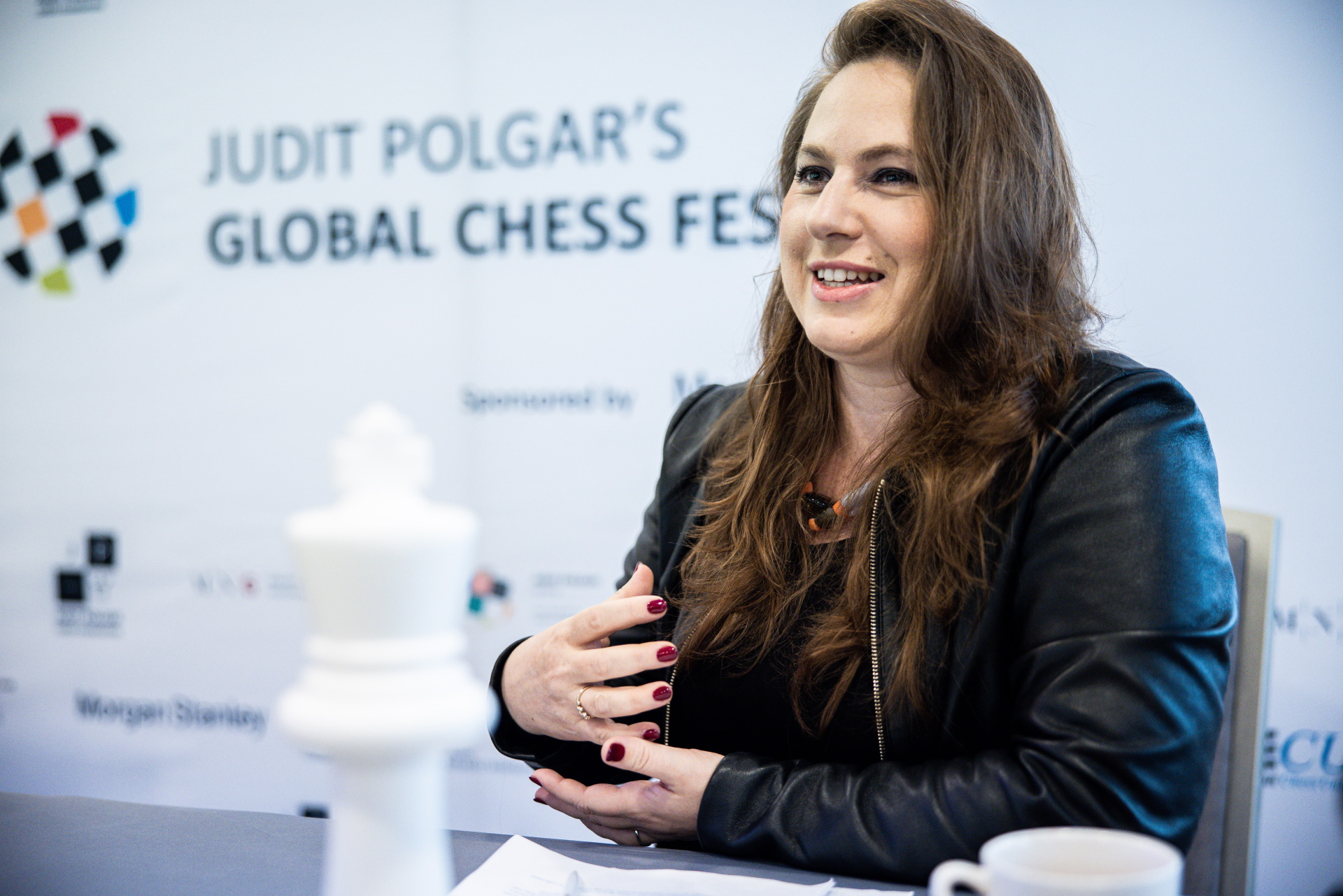 Judit Polgar retired as a professional chess player in 2014, but is still active in chess. During the Candidates Tournament you can watch and listen to her as a commentator on chess24 | photo: Judit Polgar's Chess Festival

Chess fans will be pleased to see the Hungarian chess legend back on chess24. Judit Polgar will provide commentary alongside Jan Gustafsson, while World Champion Magnus Carlsen and Meltwater Champions Chess Tour commentator David Howell will be among those making cameo appearances.

Polgar has great expectations for the Candidates, telling chess24:

This will be a really juicy Candidates. I am expecting great opening ideas, a lot of freshness in the games by the new generation of players, and for all the participants to be very motivated and hungry to win!

Predicting the winner of the Candidates is tricky, but Polgar does know who she wants to see as Magnus Carlsen's challenger.

I don't know who will win, but I would love to see Ding be the next challenger. To answer the why is easy — the player who wins will be the best at merging the following aspects: determination, focus, playing absolutely great chess, being well prepared and having mental strength. Luck must also be on his side! 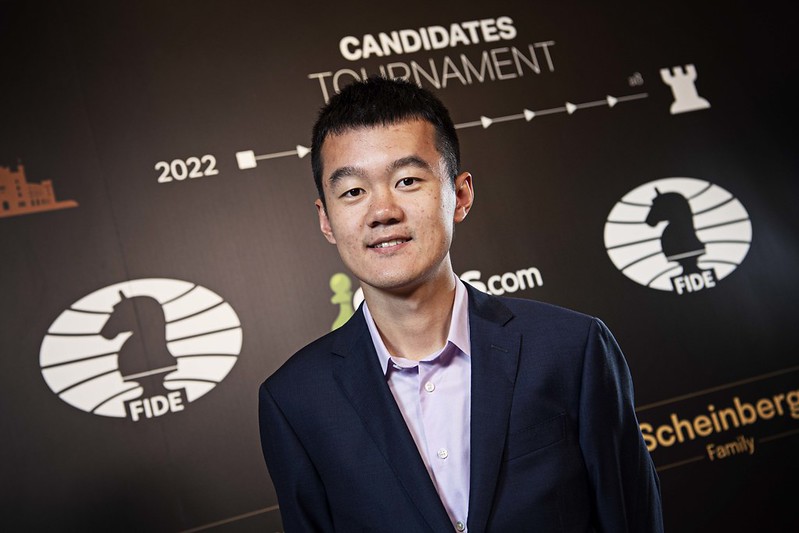 The best news from the Candidates Tournament Opening Ceremony was that Ding Liren had finally made it to Europe after his previous visa troubles | photo: Stev Bonhage, FIDE

Ding is also the favourite of The Chicken Chess Club, i.e. Magnus Carlsen seconds Jan Gustafsson, Laurent Fressinet and Peter Heine Nielsen, with the Chinese no. 1 scoring highest on factors such as current form, motivation and chances to win.

Regardless, it's going to be a wide-open race, with basically any of the eight players capable of winning. As Anish Giri put it:

Judit Polgar is the only female player to reach the world top 10, with a peak of 8th. In 2005 she made it to the final stage of the World Chess Championship qualification, when she competed in the Candidates in San Luis, Argentina.

The 45-year-old knows what it takes to make it to the top. Asked what makes this Candidates Tournament particularly exciting, she says:

Having the mix of players and half of them playing their first Candidates Tournament makes it very exciting, with their diverse playing styles and personalities. Nowadays chess is transforming as it has partly become an online and e-sport, which expands its opportunities for the future. What makes the event even more special for this edition, for the players just as well as for the spectators, is that the World Champion made hints about not defending his title, which would mean that the 2nd place can be just as valuable as winning the tournament. This gives a very unusual spice and uncertainty to the Candidates Tournament which will be held in the great city of Madrid. 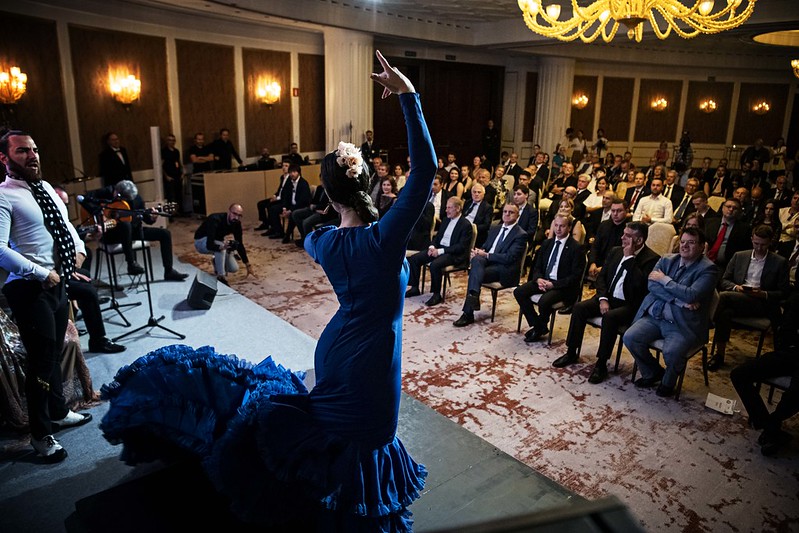 There was some flamenco at the Opening Ceremony | photo: Stev Bonhage, FIDE

The most unusual backdrop of the Candidates is that there is no guarantee that the challenger will eventually be able to face the reigning champion. Magnus Carlsen stated that he is unlikely to play a sixth World Championship match, while still not having made a final decision.

Fans have expressed disbelief at the statements, while FIDE's Managing Director Dana Reizniece-Ozola at the opening press conference hinted that Carlsen would be showing a lack of respect if he doesn't play the match.

One of the things that chess teaches us is the respect to your opponent. I believe that he is the person who has to demonstrate to the world that we always have the respect to your opponent. If somebody has been going through all the pre-selection stages and has won the qualification rounds, namely this Candidates Tournament, then he deserves to play the match against the strongest player in the world, which is Magnus Carlsen today. 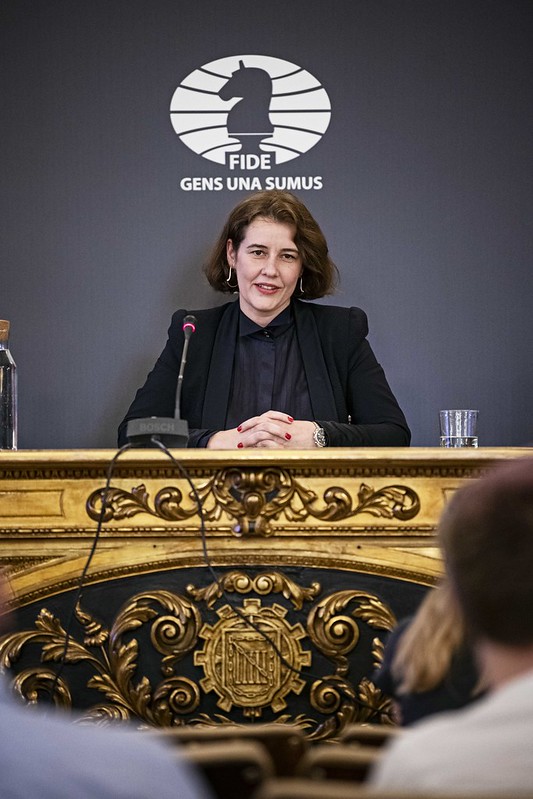 We have to highlight that Magnus Carlsen is one of the most influential World Champions ever. He grew up as a prodigy, fell in love with the game, and grew with the speed of a rocket. This was supported by his family immensely. He became number 1 before winning the World Championship title. For more than 10 years the rating list starts with his name and he is a 5-time World Champion already. Do you think it is great fun to play a 6th World Championship match for him? I think no, it comes with great pressure, expectations, and unbelievable stress.

It is also very difficult to find self-motivation, and that is the key to how he will be able to motivate himself to defend his title again...  He is a very special personality and he will definitely defend his title if he feels that it will be a good challenge. I have to admit that I would really want to see him again playing the World Championship match and for that reason, I wish he will find the motivation for doing so. I also believe that he will be one of the most enthusiastic people following the Candidates, kind of every move of it. 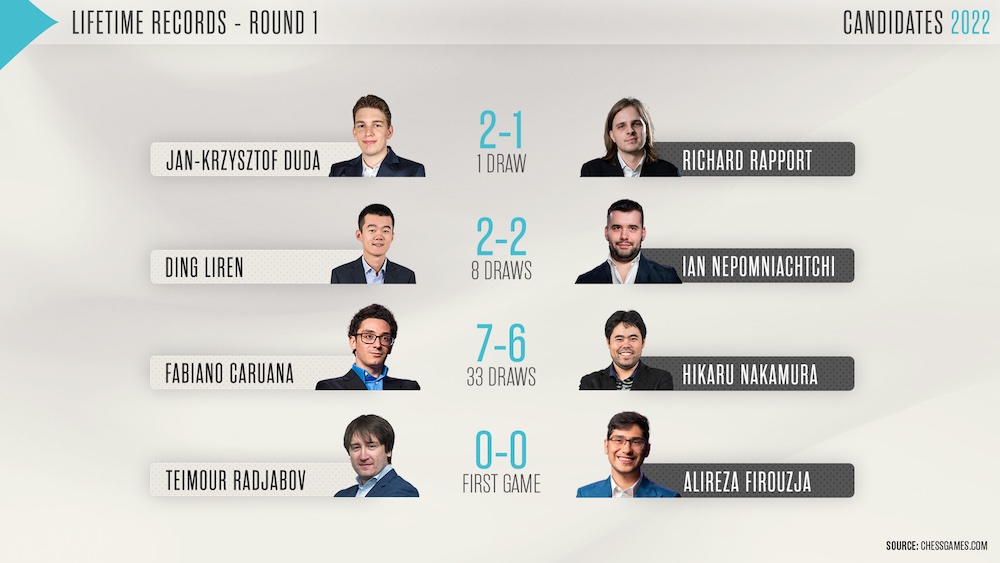 The 2022 FIDE Candidates begins today at 15.00 CEST with Judit Polgar and Jan Gustafsson commentating on chess24. Don't miss it!