Wei Yi crashed through in the second semi-final tiebreak game against David Navara to reach the Jerusalem Grand Prix final. The 20-year-old Chinese star will now play Ian Nepomniachtchi on Saturday in a match that will decide Maxime Vachier-Lagrave’s Candidates fate. If Wei Yi can repeat his victory over Nepo as a 14-year-old at the Tromso 2013 World Cup then Maxime will be in the Candidates. If Ian repeats his victory from the Moscow Grand Prix earlier this year then it’s Ian Nepomniachtchi and Kirill Alekseenko who will complete the Candidates’ line-up. 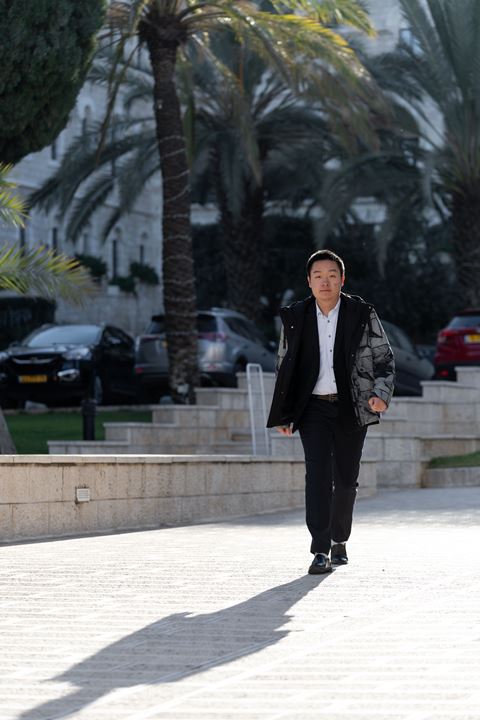 Can the Jerusalem Grand Prix be the start of a new rise for Wei Yi? | photo: Niki Riga, official website

You can replay all the games from the Jerusalem FIDE Grand Prix using the selector below:

After Ian Nepomniachtchi beat Maxime Vachier-Lagrave in classical chess it was only the Wei Yi vs. David Navara semifinal that went to tiebreaks on Thursday. A curiosity was that for 18 moves the first rapid game followed the only game MVL lost in the 2014 Tashkent Grand Prix, to Dmitry Jakovenko, the player Navara had knocked out in the previous round. In both games White was a pawn up, but when Wei Yi’s knights became active the players entered murky waters where it was all but impossible to fathom what was going on. 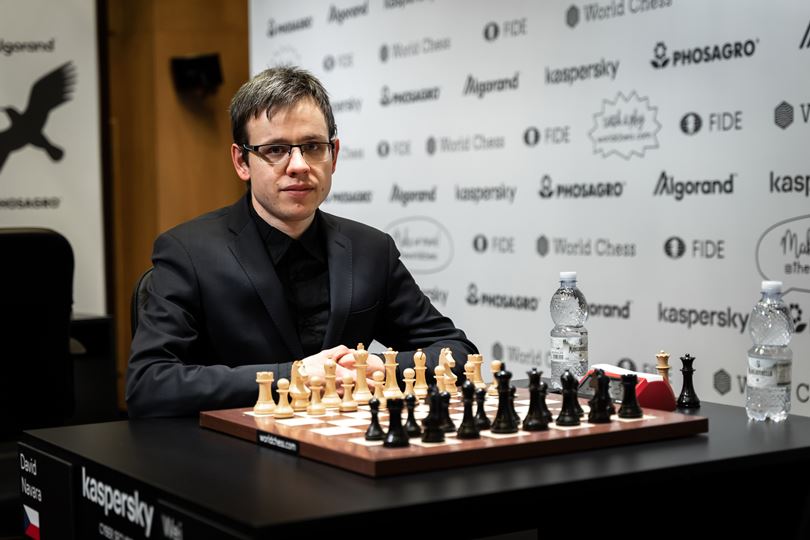 David criticised his own “strange idea with 25.Ba5”, though it was the computer’s first choice. After 25…Rd6, however, the Czech no. 1 realised he’d missed something:

His plan in moving his bishop from the d2-square had been to double rooks with Rd2 and Rbd1, but then he noticed that Bh6 was a simple refutation of that idea. A 4-minute think produced the dubious 26.b4?! Nxa3 27.Rb3 Nc1! and soon Navara wisely jettisoned another pawn to free his pieces. What followed was a tense war of attrition, though it seems Wei Yi never missed a clear win before the game ended in bare kings – with David even seemingly making an extra move just for the sake of it at the end!

…but you wouldn’t put it past David to play a little joke. Game 1 of their semi-final had gone to bare kings, and Game 2 would have done so as well, except for:

Wei Yi explained afterwards he’d been a bit surprised that Navara hadn't ended the game with 60.Kxh2 but instead played 60.Kg2. That gave Wei Yi a choice and he responded in kind with 60…h1=N Draw, though when asked if knights were his favourite pieces he said, “no - pawns”!

In any case, the second tiebreak game didn’t come close to bare kings, though Navara’s king was soon left bare and at the mercy of White’s pieces. He went badly astray with 7…Nbd7?:

That allowed Wei Yi to strike with 8.e4!, with David soon realising his mistake:

I just confused something in a very silly way, because I know that there is this e4 motif and I saw it in various lines, but not in this one. I won a game myself with this e4 against Black’s bishop on f5 against Grandmaster Manik about 10 years ago, but ok, Wei Yi just played better than me and he won deservedly. 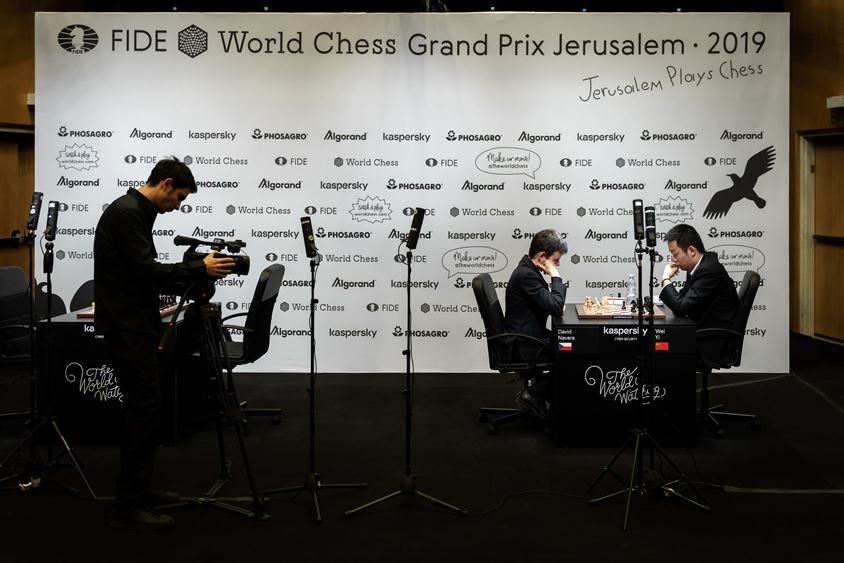 There was nothing wrong with Navara's memory | photo: Niki Riga, official website

It was actually 14 years ago, but as in that game the f5-bishop made an awkward retreat to h7 and after 8…Bh7 9.Nxd7 Qxd7 10.Bg2 the strange 10…Qd8?! only compounded Black’s problems. Wei Yi opened up the centre and aimed his pieces at the black king until 16…Qd7 (another sad queen shuffle, but by this stage all moves were bad) allowed a crushing blow:

17.Rxe6! Qxe6 18.Bxd5 Qd7 (back again…) 19.Bxf7+. It was a position where you didn’t need to be a fantastic tactician like Wei Yi to find a win, and after a few more unspectacular moves Navara resigned:

I don’t regret that much that I lost the match because I’m already tired and lack energy for the final anyway, but of course I tried to play well and I’m a bit embarrassed about how I lost the last game, because it was really silly to lose so easily. I can play better sometimes, but not today.

Watch the players talking about their match:

Wei Yi to do battle for MVL

That sets up a Wei Yi-Nepomniachtchi battle in the final. In terms of ratings the clear favourite is the Russian player:

It’s not so simple, however, since in classical chess Wei Yi has a 2:0 score in wins, with the first of those memorably coming as 14-year-old Wei Yi knocked out Nepomniachtchi in Round 1 of the 2013 World Cup in Tromsø, Norway. Wei Yi then beat Alexei Shirov before losing only to Shakhriyar Mamedyarov in tiebreaks in Round 3. When Anastasia Karlovich mentioned that match Wei Yi dismissed it:

Wei Yi would soon become the youngest 2600 player ever, although he hasn’t yet lived up to the expectations generated by his meteoric rise. Now would be a good time to start, especially for Maxime Vachier-Lagrave and his fans, since a win for Wei Yi would see Maxime reach the Candidates Tournament. In a way everyone could be happy, since Nepo would still be a favourite to join Maxime by winning a Russian wild card playoff match against Kirill Alekseenko.

What may dampen expectations, however, is that in the most recent match, in the Moscow Grand Prix, it was Nepomniachtchi who defeated Wei Yi. After the two classical games were drawn, Nepo went for a piece sacrifice that could easily have lost him the 1st rapid game. Instead that game ended in a draw before Wei Yi blundered his queen in one move in the 2nd game with 20…f6?.

So as you can see, the fate of the final Candidates qualification spot from the Grand Prix is far from a foregone conclusion. One factor that Ian mentioned as possibly working in his favour is that he had an extra rest day while his opponent was playing tiebreaks:

But Wei Yi is perhaps young enough not to need to worry about such things, and what’s certain is that the match that begins on Saturday is going to be intriguing. One of the players will soon be celebrating one of the greatest achievements of his career to date!