Ivanchuk storms to victory in the ACP Masters

Vassily Ivanchuk is $10,000 richer after comprehensively outplaying Etienne Bacrot in the final of the 2015 ACP Masters in Ashdod, Israel. The 12-player rapid tournament started with two group stages, where the likes of Richard Rapport, Dmitry Jakovenko and 14-year-old Sam Sevian left the competition. We might have had a very different final, since Boris Gelfand lost on time in Armageddon and Ian Nepomniachtchi missed a gilt-edged chance to beat Ivanchuk. 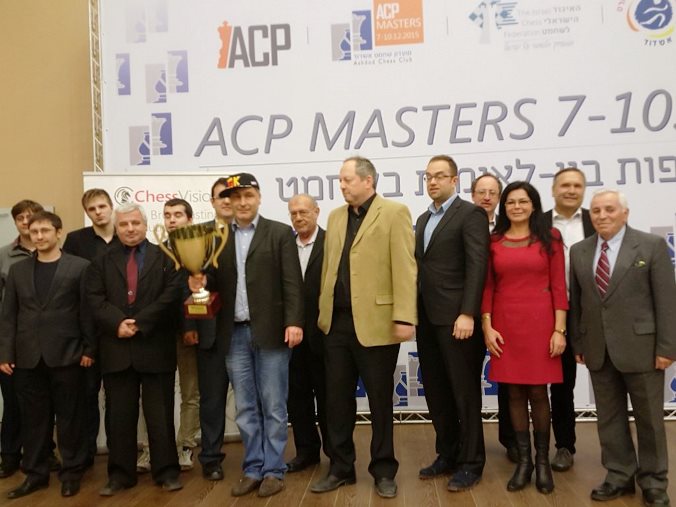 The ACP (Association of Chess Professionals) Masters has been described as the strongest invitational chess tournament ever held in Israel. Scheduled from 7-10 December, to coincide with the Chanukah holiday, it gathered an impressive line-up and also tried out some new technology. 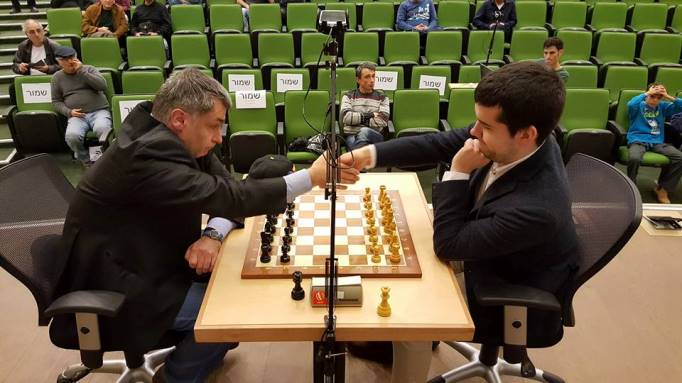 To broadcast games live tournaments currently rely on DGT electronic chessboards, which are elegant and usually very reliable, but also prohibitively expensive for all but major events. The new system, from an Israeli company called Chess Vision, is an app that can be installed in a phone or other device and, if the arbiter lets you mount the phone above the board, it uses image processing software to identify the moves and produce a PGN. It might open up a lot more of the world’s games to online broadcasts and databases (or simply be fun for home use) though it’s not yet perfect – e.g. for this tournament it would have been great to preserve the move times that other broadcast solutions retain.

But let’s get to the chess! They started with two groups of six players, who played one rapid game (15 minutes + 10 seconds a move) against each other player in the group. The top two would qualify for the semifinals. Note you can click on any result in the crosstables to replay the action, or follow these links: A Group, B Group, Semifinal & Final.

The most intriguing player in this group was perhaps Sam Sevian, only 14 years old and a clear star of the future.

He faced a tough start against Ian Nepomniachtchi and lost his final two games, but between that he beat Kiril Georgiev (a late replacement for Baskaran Adhiban, unable to fly due to flooding in Chennai) and the group’s top-rated player Dmitry Jakovenko. 39…Re8? wasn’t the best move in the position:

So it was good news for local chess fans, with Boris Gelfand topping the table alongside Ian Nepomniachtchi.

The B Group saw less to cheer for local fans, with Israel's Ilia Smirin and Emil Sutovsky on the bottom of the table, but the competition was enormously strong. Fan-favourites Richard Rapport and Pavel Eljanov were also knocked out, with Eljanov beaten by a Bacrot attack which was objectively unsound but tough to parry at such an accelerated time control. First he went astray, then 29.Bf2? was definitely not the way to cover the check: 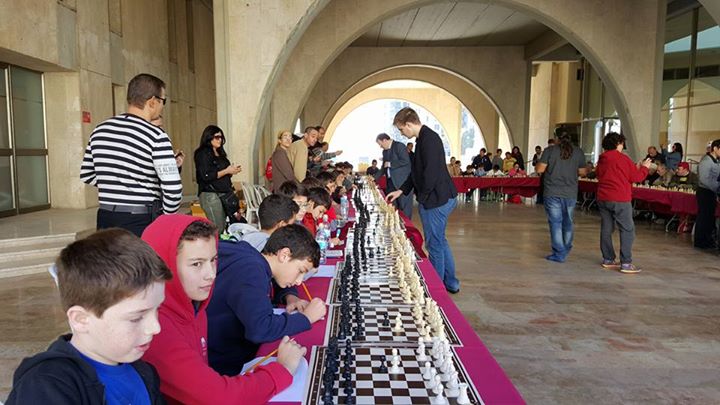 The players who missed out on the semifinal, like Richard Rapport above, played a big simultaneous display instead | photo: official website

Although Ivanchuk and Bacrot both qualified it’s worth noting for later that Ivanchuk beat Bacrot with the black pieces and finished in clear first place.

Now the remaining players switched to a World Cup-style knockout for the semifinals: 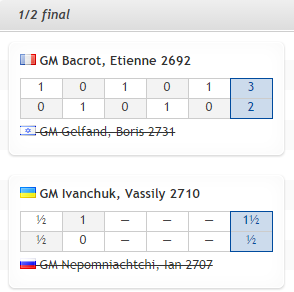 The format was two rapid games, then in case of a tie two blitz games (3 minutes + 2 second increment) and finally Armageddon, though Ivanchuk and Nepomniachtchi had no need for all that. In the first game Nepomniachtchi sacrificed a knight for two pawns in a tough position and got just enough compensation to hold a draw. In the second… well, this was the one that got away for Ian!

29.Rd1! Qe6 30.Rd7!! wins on the spot, since both h7 and the knight on c7 are hit. Instead Nepomniachtchi went for 29.Ng4? and soon went from equal to lost after trying out a similar tactic in a position where it simply didn’t work.

The other match was one of those World Cup-style classics where every game was decisive – and indeed won by White - but the final Armageddon was hard to take for Israeli fans. 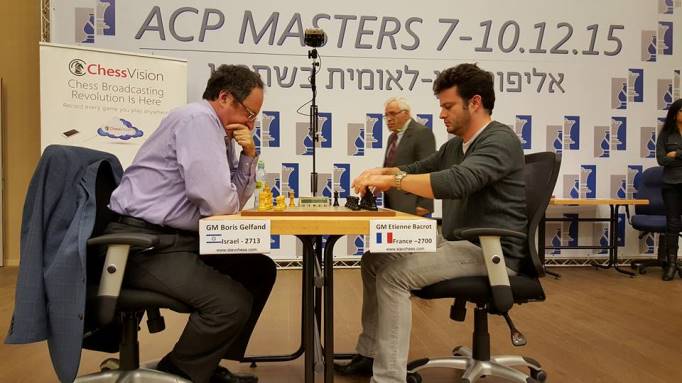 Some people were highly critical of Bacrot's play on time, but after all - that's the point of Armageddon! White tries to make his extra time pay... | photo: official website

Boris Gelfand had Black and only needed a draw to qualify, but soon went on to build up an absolutely overwhelming position. He wasn’t going to lose on the position, but he did lose… on time. Here’s the final position that Etienne Bacrot won with the white pieces:

It seemed almost as if Ivanchuk was out for revenge for 40-something chess players everywhere, since he gave Bacrot no chance in the final:

First a neat-little tactic made it clear he was winning a four-rook ending: 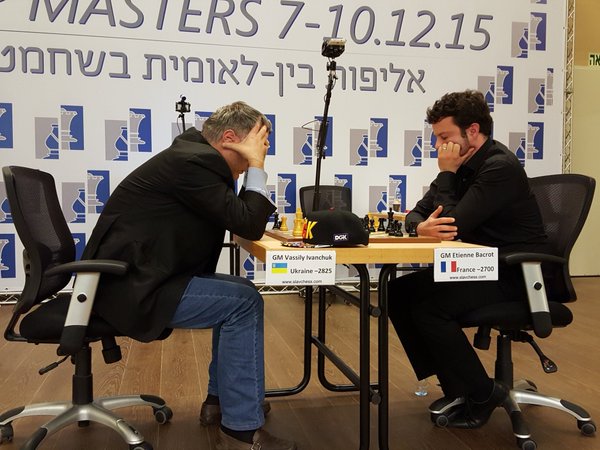 Ivanchuk fully-focused at the start of the final | photo: Chess Vision Twitter

Then in the second game Bacrot’s early pawn push to h6 backfired, as Ivanchuk was soon on the attack. The only surprise was how long Bacrot held on. He even got to queen a pawn, but Vassily had queened first and in the final position it’s mate-in-4:

Vassily Ivanchuk may not be a byword for pragmatism, but he made no mistake in the final game. Bacrot had to win on demand to prolong the match, but instead found himself clearly worse. The Ukrainian was winning in the final position, but was more than happy to take a draw by perpetual check.

…but it was another great reminder of chess class from many people’s favourite chess legend. Ivanchuk's Ukrainian teammate hopes this is merely the start of great things to come: