Ivanchuk on the rampage in Cuba

Vassily Ivanchuk is a 6-time winner of Cuba’s Capablanca Memorial and has every chance of reaching a magnificent seven after storming to 4/5 with three wins in the first half of the 2016 event. The only other player to score a win so far in the 6-player double round-robin is Zoltan Almasi, who joins Ivan Cheparinov and Yuriy Kryvoruchko 1.5 points back. US prodigy Jeffery Xiong also has 4/5 in the Premier event, after winning his first three games.

The tournament features 4 previous champions - Ivanchuk, Almasi, Bruzon and Dominguez, with only Kryvoruchko and Cheparinov yet to take the title | images: official website

This year marks the 51st edition of the annual chess tournament to honour the memory of Cuba’s great World Chess Champion José Raúl Capablanca (1888-1942). After taking place in the Cuban capital of Havana for the last 15 years, the tournament has moved to the beach resort of Varadero, where it’s being played in the Barceló Solymar Arenas Blancas Hotel. 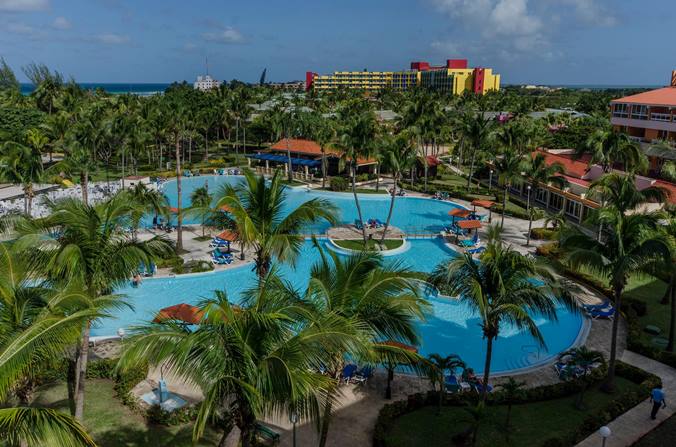 Relaxing after the chess shouldn't be too tough! | photo: Barcelo Solymar Arenas Facebook

The top seed of the tournament is Cuban no. 1 Leinier Dominguez, but so far it’s all been about Vassily Ivanchuk. You can replay all the games using the selector below: 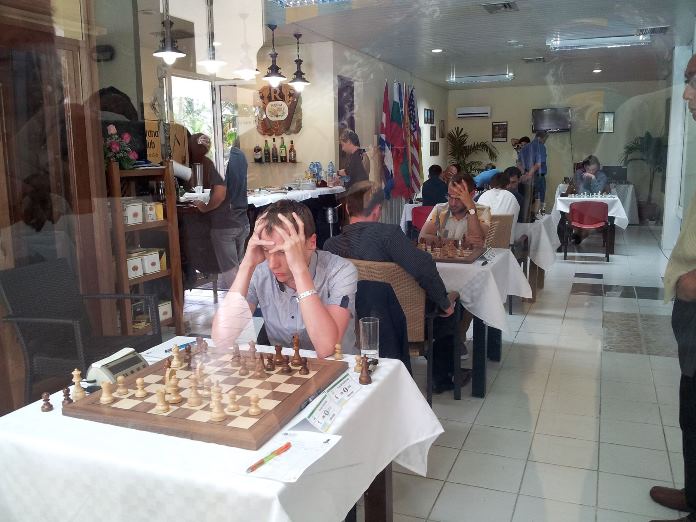 In Round 1 Vassily drew a relatively unspectacular game against his compatriot Yuriy Kryvoruchko, before hitting explosive form in Round 2 against 2013 Capablanca Memorial Champion Zoltan Almasi. The Hungarian no. 3 grabbed a dangerous pawn on g4 and went too far when he pushed pawns to both h5 and f5 in front of his king. Ivanchuk’s 24.Rf7! was the start of the end:

24…Qxf7 25.Bh7+! is devastating, but after 24…Qg5 Almasi had given up a piece while doing nothing to stem the attack. The final stages were fun:

In the next round it was Cuba’s Lazaro Bruzon who suffered. Ivanchuk correctly judged he could snap off the h4-pawn:

27…Bxh4! was best met with 28.f4!, taking the e5-square away from the knight. Instead after 28.Rdg1 Vassily managed to consolidate and eventually convert his extra pawn.

Vassily completed a clean sweep of the local representatives by defeating Leinier Dominguez, also with the black pieces, in Round 5. If the PGN can be trusted Ivanchuk thought for no less than 1 hour and 16 minutes on his 12th move in a Ruy Lopez. Curiously, his next two moves were still following a 1955 USSR Championship game between Spassky and Taimanov, until he played 14…g6 instead of Taimanov’s 14…g5!?

If you click on the Spassky-Taimanov game in our Database tab you can play through a beautiful game by the 10th World Chess Champion!

Ivanchuk gradually took over, though, and Leinier must have miscalculated something when he allowed his opponent’s a-pawn to make a break for freedom. The last move of the game was 37…a4!

There’s no stopping the pawn.

So after five rounds the local stars are in 5th and 6th places, while Ivanchuk leads Cheparinov, Kryvoruchko and Almasi by 1.5 points. The following table will update as the tournament progresses:

That’s not all the action in Cuba, though. 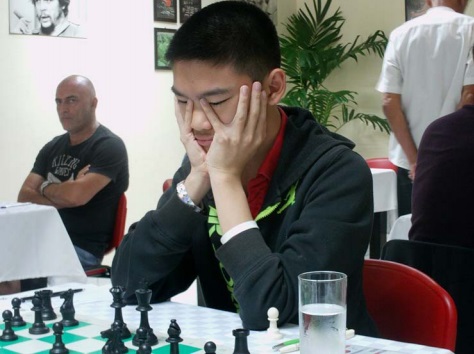 There’s also a 10-player Premier single round-robin, featuring young US stars Samuel Sevian and Jeffery Xiong, who’ve taken advantage of the recent improvement in US-Cuban relations to compete. 15-year-old Xiong proved his impressive performance in the US Championship was no fluke, racing to wins in his first three games. In each case he showed excellent calculation and technique, easily repelling his opponent’s attempts to complicate matters.

Replay the games so far (note they aren't being broadcast live, but we'll add results and moves when available):

That’s not quite all! There’s also an open tournament with over 100 players that enables talented Cuban players to compete against international opposition. After four rounds Venezuelan FM Alejandro Uzcategui is the sole leader on 4/4, while chess24 followers will be interested to see how Spanish GM Pepe Cuenca performs in a tournament where he can’t shout and otherwise go crazy in Banter Blitz style. 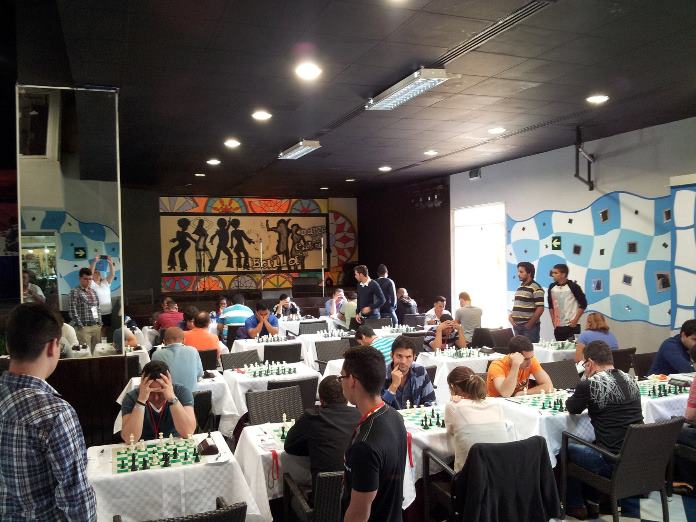 So far so good for Pepe, since he won his first three games and is on 3.5/4. Some games are being published on the official website, including this one in which our guy calmly repels his opponent’s overly-optimistic attack:

Today is a rest day, while the action commences again from 21:00 CEST on Wednesday.