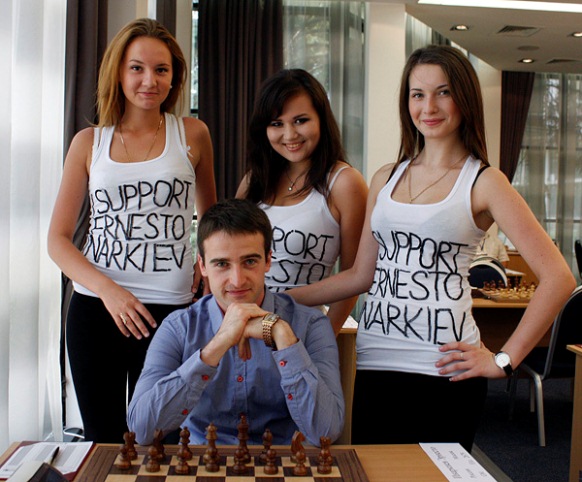 Ernesto Inarkiev has won the Baku Open on tiebreaks after the Russian grandmaster equaled the 7/9 scored by Romania’s Constantin Lupulescu. The final round was a cliff-hanger, where Inarkiev managed to snatch victory in a drawn ending after Lupulescu might already have thought he could start celebrating. Such is chess!

With 28 GMs (20 of them rated over 2590) and 14 IMs, the Baku Open was a tough tournament where fighting spirit was in evidence from the very first rounds. 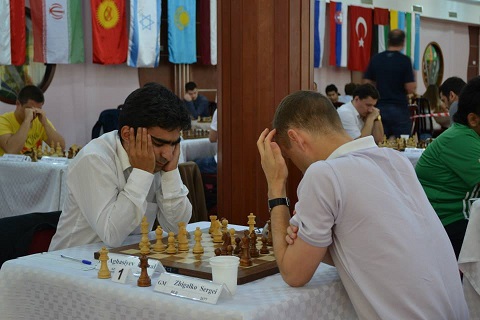 The biggest surprise of the first round was the no. 1 seed falling to IM Kamal Aghasiyev | photo: chess.az

That could be seen when top seed, Belarussian GM Sergei Zhigalko, started with only 1.5/3 after losing in the first round against IM Kamal Aghasiyev and drawing in the third against a young Russian talent, Saveliy Golubov. Born in 2000, Golubov already has an Elo of 2347 and earned an IM norm, so it's fair to assume we’ll be hearing a lot more about him in future!


Before focusing on how Constantin Lupulescu and Ernesto Inarkiev won their decisive final games let’s look at a position from the 8th and penultimate round. It could have given Andrey Baryshpolets the sole lead – if he’d found the right way to finish off his opponent:

Those events must have given Baryshpolets a sleepless night, and although he still went into the final round in the joint lead he was outplayed by Lupulescu. The complex game has great educational value as an example of how to assess dynamics and counterplay in double-edged positions.

9. a3 White also continues with his typical plan of trying to seize space on the queenside.

9... c5 Closing the centre while also preventing b4. With such a closed centre and no pawn breaks on the horizon, however, White is able to launch a pawn attack immediately, since his king is running no risk in the centre.

10... h5 would leave the g5-square weak, and later White would continue his attack with g4.

14. ♘f3 , in order to play Ng5, was a logical and somewhat calmer alternative.

14... ♘c7 15. g4 All according to plan. With no fear for his king safety, White sets out to open the kingside. In order not to end up positionally lost, which will happen if the white king makes it to the kingside, Black needs to fight to create threats. 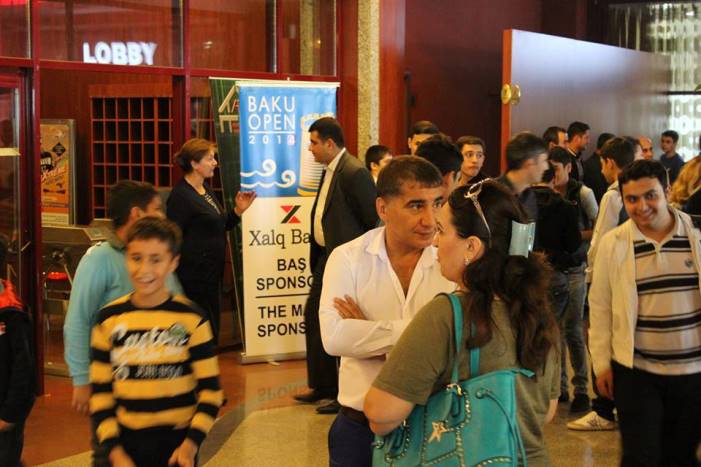 
16. ♘f1 would have avoided giving Black the option to complicate the game on move 17. White would rapidly have been able to castle long.

17... ♘g4? Baryshpolets misevaluates the ensuing position and misses his chance to transform the situation on the board. He should have gone for

17... ♘fxd5! , sacrificing a piece to create chaos. 18. cxd5 e3 Black is in time to capture on f2, with White unable to recapture due to the discovered check. The position is also opened up for Black's better-placed pieces, although it's always, of course, easier to sacrifice other people's pieces! 19. ♕a4 exf2+ 20. ♔d1 ♕f6 21. ♗e3 ♖ae8 I'd prefer to be Black, who has a very attractive position to play, but the situation is very complicated.

18. ♘e3 ♘xe3 19. ♗xe3 b5 Black is pinning his hopes on opening the queenside, but White's attack hits home much sooner.

22. O-O-O , followed by Rdg1, was also possible, maintaining the light-squared bishop to assist a kingside attack with Bg4.

30. ♗g5 , aiming to play Bf6, would have ended the game immediately.

That victory forced Inarkiev to win with Black to take the tournament. In the end he succeeded, after his opponent blundered in the following position:

Areshchenko failed to find the drawing line that started with capturing the pawn. The key idea is that after 69.Kxh4 Ke2 White seems to be in trouble since the pawn is threatening to queen, but the simple 70.Re7+ forces the king to move away, and after 70...Kxf2 White can play 71.Kg5. The white king comes to support its pawn and both rooks will have to lay down their lives to stop the opposing pawns. This wasn’t such a difficult solution to find for someone at this level, but nerves and fatigue also have their say!

Areshchenko preferred to retreat his king to h2, allowing his opponent to win and claim the $10,000 first prize (replay the full game here). 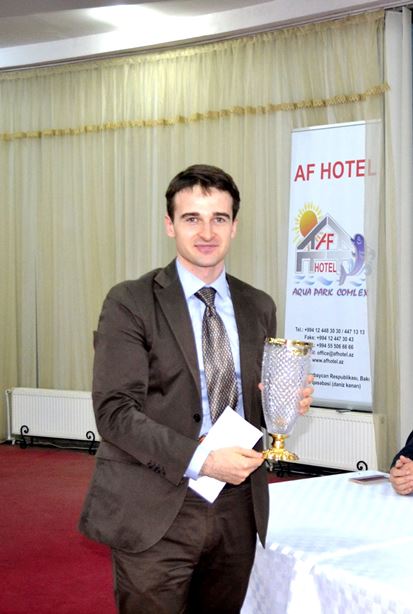 Inarkiev also got to take home the trophy | photo: chess.az