Ernesto Inarkiev was named after Che Guevara and would have made the revolutionary proud for the way he won the 2016 European Championship, eventually finishing in clear first place on an unbeaten 9/11. Igor Kovalenko ended brilliantly by beating Fressinet and Goganov to snatch clear silver, while Baadur Jobava took bronze on tiebreaks after beating his “client” Radek Wojtaszek. Ponomariov, Grandelius, Ragger and Howell were among those who missed out on World Cup places. 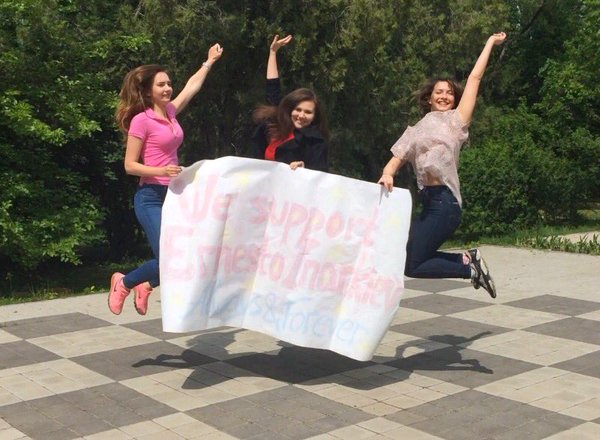 The fight for medals

It would have taken a lot to stop Inarkiev after he entered the final two rounds in Gjakova a full point clear, but it has to be said Kacper Piorun gave it his best shot in the final round. The Polish multiple World Solving Champion has climbed almost 200 points in less than two years to become Poland’s no. 2, and was ready to engage in a razor-sharp battle in the Scotch Opening. Inarkiev traded blow for blow and earned the draw that meant he took gold without the need to calculate any tiebreaks. You can replay that game and all the others from the event using the selector below:

It was great news for his many supporters:

Elsewhere there was a true sting in the tail. Igor Kovalenko was in 8th place with two rounds to go after losing to Inarkiev, but while there were draws on nine of the top 10 boards in Round 10 he managed to beat none other than Laurent Fressinet:

Things had gone wrong for the Frenchman when he went for a pawn break with 23…c5?! and now 35.Bxc5! emphasised the point - and ended the game. The threat of back-rank mate means there’s no way to stop Be7 and simply capturing the pinned knight.

In the final round Igor squeezed an 80-move win out of an apparently sterile ending against Aleksey Goganov, taking a little of the sheen off the tournament for his opponent. That victory saw Kovalenko end on 8.5/11, only half a point behind Inarkiev, with the silver medal a spectacular return to form for a player who had sunk to a 2644 rating after crossing 2700 late last year. 27-year-old Kovalenko, born in Ukraine and now playing under the Latvian flag, is one of the most down-to-earth and engaging grandmasters – earlier this year he released a 9-minute video (in Russian) thanking everyone who had helped him during his career so far. 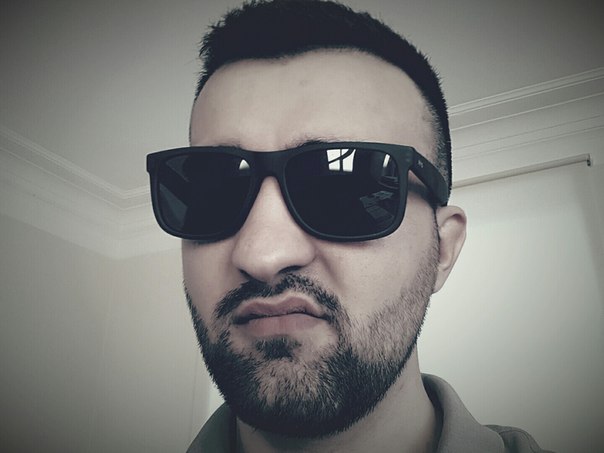 After his latest triumph he shared a photo on his VK page with the text:

Thank you everyone for your support. I took 2nd place at the European Championship! I felt myself not a chess player, not a sportsman, but a reality show hero! Finally my more than half year decline has ended and it’s time to make up the lost ground!

The final place on the podium was taken by another player whose rating is at least 50 points below where it should be – the irrepressible Baadur Jobava. The Georgian’s only loss of the tournament had been a game in which he was brilliantly outplayed by David Navara from a seemingly innocuous ending. It was fitting, therefore, that he ended on the other side of the board, managing to beat 2722-rated Polish GM Radek Wojtaszek from this position, where Black’s only obvious problem is having one more pawn “island”:

We should also add the backstory, though, since this is only the latest misery Wojtaszek has suffered at Jobava’s hands. His only classical victory was in the 2005 European Championship, and since then he’s lost five games, including getting knocked out of the 2011 World Cup, getting beaten twice in Wijk aan Zee and losing an 8-game match. The same pattern always seems to be followed of Jobava unsettling his opponent with fast and often erratic play. Radek commented on Facebook:

None of the unfortunates so far could be too disappointed, though, since Fressinet, Wojtaszek and Goganov all comfortably accomplished the main goal of the event – qualifying for the 2017 World Cup. The same couldn’t be said for Arman Pashikian and Alexander Donchenko, who had the misfortune to come up against David Navara and Paco Vallejo with Black in the final round. The stars both won, reaching 8/11 but losing out to Jobava on tiebreaks – it’s perhaps worth noting that the first tiebreak was “direct encounter”, but it only applied if all players scoring a particular score had played against each other. That didn't actually apply for a single tie in the tournament, and so it meant nothing that Navara had beaten Jobava in their individual game.

At least the first 23 players would qualify for the 2017 World Cup, so there was a lot to play for for a huge number of players. Those on seven points knew that a draw would give them very good qualification chances, and hence 20-year-old Daniil Dubov and 16-year-old Aryan Tari were among those playing safe with quick draws. Tari had done the job the day before, when he managed to mate Ivan Saric, whose tournament turned very sour after he’d led at the halfway mark.

For those on 6.5, meanwhile, only a win would do, which led to some great battles in which the favourites often suffered. Ruslan Ponomariov is a specialist at the huge World Cup-style knockouts that helped him become the youngest-ever World Chess Champion at age 18, but on this occasion he missed out, since his will to win led to a loss to Romania’s Constantin Lupulescu.

David Howell was put to the sword in brutal style by Russia’s Anton Demchenko. The English grandmaster had spent over an hour on moves 13 and 14, but the time invested only led to an absolute debacle – this was the final position after 25.Bxf7:

Markus Ragger was also beaten with Black, by Spain’s Ivan Salgado – it was a great result for the Spanish representatives, with Paco Vallejo, David Anton and Salgado all qualifying for the World Cup.

The final standings were as follows (showing all those scoring 7.5 points or more):

It’s possible that those just below 23rd place will still make it into the World Cup if qualified players above them choose not to play, while for the rest there’s the consolation that they can come back next year and fight for another 23 places in the 2017 European Championship, which will be played before the World Cup takes place later in the year.

Otherwise it’s time for our focus to switch to other chess action, with the Gashimov Memorial in Shamkir set to start on Thursday. With Magnus Carlsen not around to defend his title this is a big chance for the likes of Fabiano Caruana, Anish Giri and of course Carlsen’s challenger Sergey Karjakin to claim a title. You’ll be able to follow all the action here on chess24!